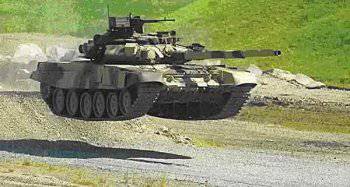 Anatoly Ukhov, an inventor with a lot of experience, turned to the Red Star editorial board. He was twice offered to travel to the United States under the State Department’s program since 1987, and 5 years ago to Israel. But he refused to leave Russia. Unfortunately, in his native country, he has to make truly heroic efforts to pate and promote inventions. He told us about one of his significant inventions - “semi-active armor”.

There are no analogues to it, ”says Ukhov,“ and at the moment no such projectile or missile has been created that could hit a tank or an armored vehicle with such armor.

I offered this development to many defense enterprises. He said: "Sit in front of me the leading designers, and I will explain to them the principle of work, but I need guarantees." But no one under such conditions worked with me, everyone refers to the fact that they are FSUE, etc., which means that you need to go through a number of complex bureaucratic procedures.

True, in Nizhny Tagil, where they do TanksHaving delved into the essence of the problem, they immediately offered to work in the patent department from 9.00 to 18.00 and, except for the reservation, do nothing else. This proposal did not suit me, because I work in several directions. And they can just pick up inventions without paying for them, as for my patent “Automatic weapon»For number 96111106.

For "semi-active armor" I request not so much. Especially when you consider that at current prices in the defense industry М1А2- “Abrams” costs 4,3 million dollars, T-90 - approximately 70 million rubles.

According to my calculations, with the use of “semi-active armor” technology, the combat capability of armored vehicles increases at least 2-2,5 times.

Now our tanks or self-propelled guns are produced with 152 mm caliber guns. It is almost impossible to get one of them with the second projectile or rocket to the same place on the target. Recall that the first projectile pierces the active and dynamic armor, and the second - theoretically the main. But "the shell does not fall into the same funnel twice."

It is more reasonable to use the caliber of a projectile or missile from 175 mm to 203 mm. Even if the shell does not penetrate the armor, the crew will die from the force of the strike or detonate the ammunition.

It is also necessary to use "semi-active armor" - a new one, not a single projectile or rocket will penetrate such frontal armor, except for those with a nuclear warhead. By cost and weight, it is equal to the active armor. Also onboard and stern armor is provided, and it is necessary to retrofit a tank with two instruments, they have been used for decades and worked to perfection.

I guarantee that my 15-20 armor will allow the T-72 to withstand all foreign tanks, especially if you replace the cannon with a larger caliber cannon. "