17 September 2013
11
Polygon Kapustin Yar is considered to be the cradle of the national rocket and space technology. It was discovered in the late forties, and is still actively used to test new types of missiles of various classes. As it became known a few weeks ago, the effectiveness of the landfill by the end of this year will increase significantly. The Ministry of Defense intends to modernize a number of landfill systems. 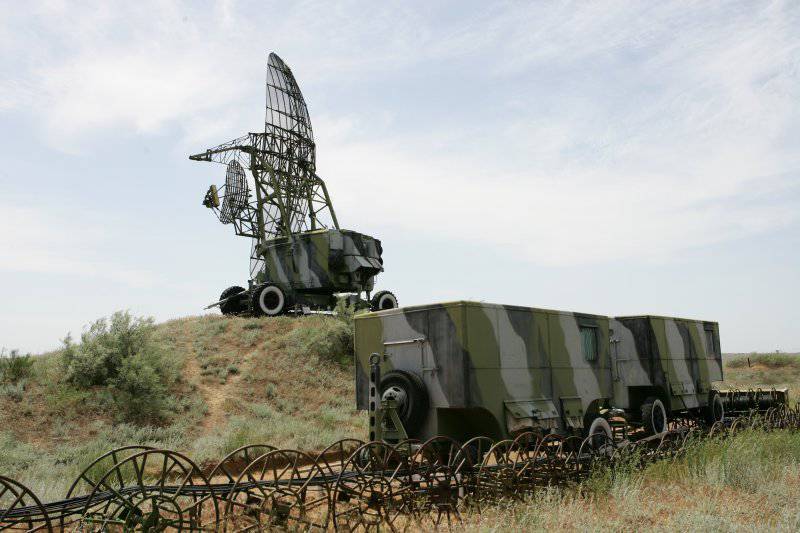 In mid-August, it was announced that, according to the plans of the military department, by the end of 2013, the works on updating the telemetric information reception facilities would be performed at the Kapustin Yar range (the official name of the 4 State Central Interspecific Test Site) 4 GTSMP. As part of the work, the landfill will receive a new data transmission and reception system based on modern digital systems, including satellite communications. At the same time, as noted in August, 20 units of electronic equipment by the time they were delivered to the landfill and another 10 is planned to be brought in the coming months. The upgrade program of the 4-GCSM equipment implies the installation of new receiving-transmitting stations, receiving information processing complexes, radio relay stations, etc.

Until the beginning of the next year, it is planned to completely update the complex of facilities for receiving and transmitting data. After performing these works, the modernization of the Kapustin Yar polygon will continue. At 2014, the year is scheduled for completion of the re-equipment of the polygon with antenna complexes and systems of a single time. As a result of all the work on upgrading the radio-electronic equipment of the 4 th GSMP, it will be able to significantly improve its ability to test rocket technology. In particular, the new systems will be able not only to collect information automatically, but also to independently evaluate the characteristics or effectiveness of the tested products. Thus, for the next few decades, Kapustin Yar with updated equipment will remain one of the main test sites for rocket technology.

During the first works on the re-equipment of the 4-th State Central Interspecific testing ground was tested by the Commission of the Command of the Strategic Missile Forces. From 9 to 14 September, representatives of the command of the Strategic Missile Forces inspected various objects of the Kapustin Yar test site. The purpose of the test was to assess the capabilities of the test site and military personnel, as well as preparation for the testing of promising rocket technology, which will be held in the near future.

Work on updating the electronic systems of Kapustin Yar, as well as checking facilities and personnel clearly show how important this test site is for the Russian armed forces and the defense industry. In the past few years alone, dozens of missiles of various classes and types have been launched on it. In the future, the tests will continue, and, as follows from the statements of representatives of the Ministry of Defense, in the near future it is planned to carry out several particularly important tests.

At the beginning of June of this year, the fourth test launch of the advanced Rubezh intercontinental ballistic missile took place at the Kapustin Yar test site. The launch and flight of the rocket went well, the training warheads hit conditional targets at the Sary-Shagan test site (Kazakhstan). Shortly thereafter, the head of the Main Operational Directorate of the General Staff, Colonel-General V. Zarudnitsky said that another test launch would be held before the end of this year in the Rubezh missile tests. After that, the new missile system will be adopted. Deliveries of serial missiles to combat units of strategic missile forces and the deployment of the first regiment armed with them will begin next year.

To date, four launches have been carried out in the framework of the Rubezh intercontinental missile tests, three of which have been completed with success. Half of the missile launches were conducted at the Kapustin Yar test site. The last of the planned test launches will also be held at the 4-GCMP. Thus, the Kapustin Yar test site, not Plesetsk, where only the first two launches were carried out, can be considered the main test site for the Rubezh ICBM.

Completion of tests of the Rubezh missile is currently a priority goal for the military personnel of the 4 State Central Interspecific testing range. However, other tests are being conducted at the Kapustin Yar test site. Currently in our country there are several projects of missiles for various purposes. In this regard, the planned upgrade of electronic systems will preserve and improve the capabilities of the unique test complex.

Ctrl Enter
Noticed oshЫbku Highlight text and press. Ctrl + Enter
We are
Missile attack on Europe: myth or reality?65 years ago in the USSR, the first launch of a ballistic missile
Military Reviewin Yandex News
Military Reviewin Google News
11 comments
Information
Dear reader, to leave comments on the publication, you must sign in.