13 September 2013
32
Recent reports from the Chinese media may indicate that one of the most ambitious programs of the defense industry in China is actively moving ahead and even ahead of the previously scheduled deadlines. In the first days of September, one of the Chinese TV channels showed a story about the current stage of the Shenyang J-15 project. 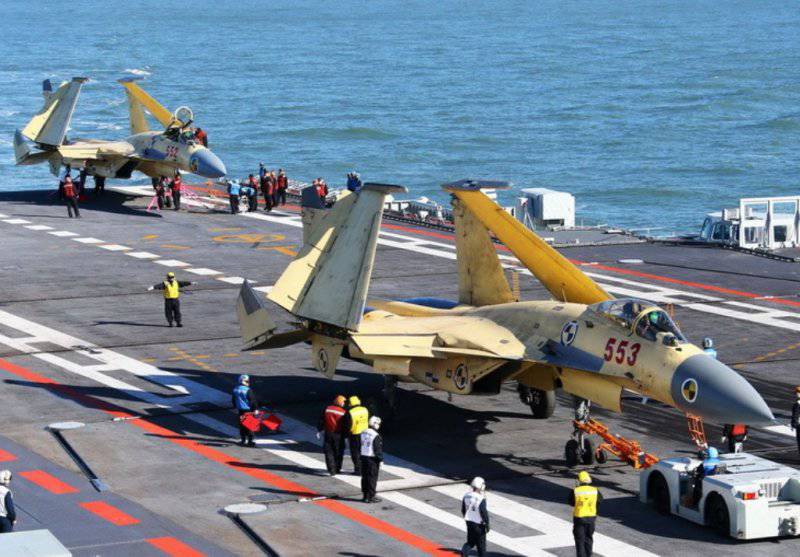 According to the director of the Committee of Specialists of Naval Informatization of the People's Liberation Army of China, Rear Admiral Yin Zhuo, employees of the Shenyang Aircraft Corporation completed the development and testing of a new J-15 fighter designed to equip the first Chinese aircraft carrier Liaoning. Currently, preparations are underway for the start of full-scale serial construction of aircraft. A kind of confirmation of the words of the military commander were shots showing a J-15 fighter painted in standard colors of the sea aviation PLA. Previously, the prototype carrier-based fighter participating in the tests carried a characteristic yellow color with some gray elements. Now, all new aircraft will be painted in gray tones.

The statements of Rear-Admiral Yin Chzho and the existence of combat paint can not only speak about the start of serial construction, but also about adopting the aircraft. In addition, it can be assumed that the first serial J-15 has already been sent to the bases where they are to serve. However, the Chinese military department has not yet issued an official statement about the adoption of the carrier-based fighter into service and the supply of mass-produced vehicles to the troops.

Recall previously claimed that the Shenyang J-15 fighter will enter service only in the 2014-15 years. Given the current state of the project, it can be assumed that the adoption of weapons will actually take place only next year. In this case, the first serial fighter aircraft will be in trial operation for several months. During the tests, five prototypes of the J-15 aircraft actively took off and landed on the first Chinese aircraft carrier, the Liaoning. Since November last year, Chinese sailors and pilots made several exits to the sea, the purpose of which was to test the capabilities of the new aircraft and the ship. 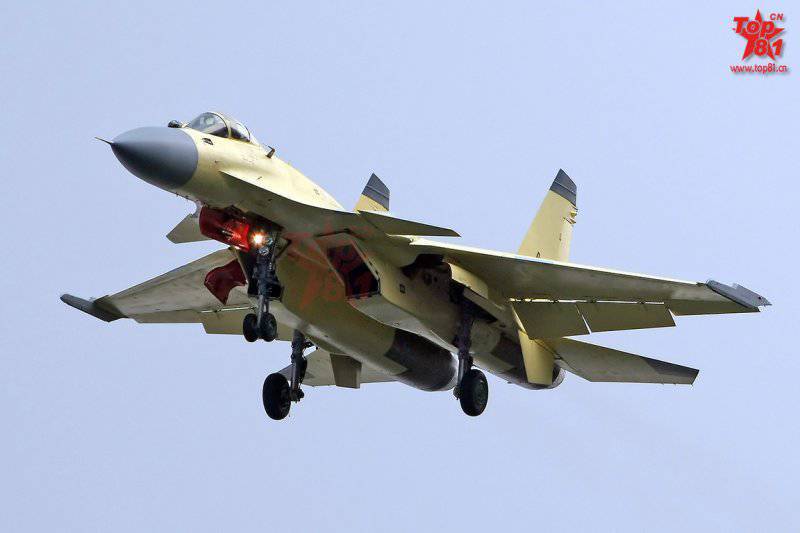 Probably the first serial fighter J-15 will go into trial operation, which will help solve the last of the currently existing problems of an organizational or technical nature. Thus, the official adoption may take place in full compliance with early plans - in 2014 year or even later, depending on the state of the project.

As it became known from the Chinese media a few days after the first reports of preparations for the mass production of new aircraft, in the foreseeable future, China will not be engaged in other projects of promising deck fighters. J-15 for the next 25-30 years will become the main and only aircraft of this destination. Thus, taking into account the information on China’s plans to build several aircraft carriers in the future, in the final analysis we can talk not only about dozens, but also about hundreds of new aircraft.

In terms of development and testing, the Chinese project J-15 is not much different from modern foreign projects for the creation of promising aircraft. Design work started in the middle of the last decade, the first flight of the new deck fighter took place in the summer of 2009, and it was not until the fall of 2012 that he first landed and took off from the deck of an aircraft carrier. This stage of testing and trial operation will eventually take more than a year. It can be seen that it took about the same amount of time to test and fine-tune the machine as it did to design work with the subsequent construction of the first prototype.

The relatively quick creation of a new class of aircraft for the Chinese aircraft industry has several explanations. According to official information, the J-15 is a deep upgrade and upgrade of the land-based Shenyang J-11 fighter, which is actually an unlicensed version of the Russian Su-27SK. However, there is every reason to believe that the official Chinese statements on this score are not true. In the middle of 2000, China purchased the T-10K aircraft from Ukraine - one of the prototypes of the Russian deck fighter Su-33. This, and not the development of the “own” project J-11, can explain the significant similarity of the Russian and Chinese aircraft.

About the characteristics of the newest Chinese fighter while almost nothing is known. However, the reverse engineering and T-15K J-10 development version allows for some assumptions. In addition, at the end of last year, representatives of the Chinese Ministry of Defense once again reminded the public of interest the official version of the origin of the J-15 project and stated that the newest Chinese deck fighter surpasses the Russian Su-33 in all respects. The correctness of the comparison of the aircraft, created in the eighties of the last century, and the aircraft, the first flight of which took place only a few years ago, causes great doubts. 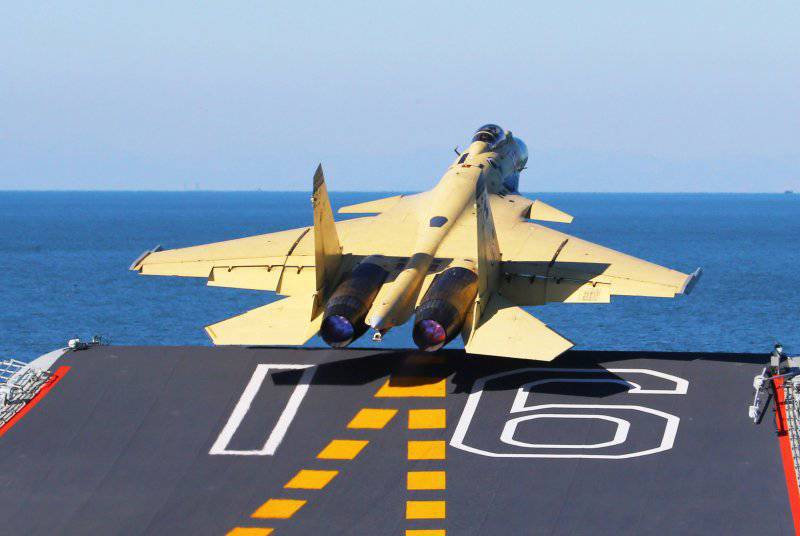 However, it must be admitted that bringing the J-15 project to the stage of mass production says a lot about the capabilities of the Chinese aviation industry and the intentions of the military department. In the near future, as is clear from the words of the Chinese commanders, the aircraft carrier Liaonin and the J-15 fighter jets will be used to test the most important elements of the work of carrier-based aviation and to determine the appearance of future aircraft carrier connections. Given the timing of the various phases of the J-15 project, it can be assumed that China’s naval forces will be replenished with new aircraft carriers by the end of this decade.

Ctrl Enter
Noticed oshЫbku Highlight text and press. Ctrl + Enter
We are
Development and prospects of the PLA Air Force85 years of the People’s Liberation Army of China. What came to?
32 comments
Information
Dear reader, to leave comments on the publication, you must to register.