11 September 2013
8
Currently one of the most promising species weapons Air force are considered aviation terrain mining systems. For the first time in combat conditions, these systems were used by the US Air Force and Navy during the Vietnam War, then such systems received positive ratings from military experts. These funds were created by almost all the leading countries that are part of the NATO bloc, and in the process of developing such systems, American experience was taken into account, as well as the shortcomings of their first models, especially mines, which were designed for remote installation.


Such an active development of aviation systems for land mining was mainly due to the following reasons:

- the adoption in the armies of the North Atlantic alliance of the concept of "air-ground operations (battles)" and the concept of "combating the second echelon (reserves) of the enemy." These concepts provided for the application of massive surprise attacks on the enemy, the regrouping of forces, the commission of quick maneuvers and the impact on the entire depth of battle formations and the operational construction of the enemy (up to 200-300 kilometers). Such an impact required the installation of minefields in the shortest possible time, primarily anti-tank, designed to cover their own flanks, as well as to impede the actions of highly mobile enemy compounds that perform certain maneuvers - withdrawal or vice versa offensive;

- significant success in such branches of the military industry as electronics and chemistry, the creation and introduction of new technologies and materials that allowed the development of fundamentally new engineering types of ammunition - mines, which were characterized by high efficiency of action and mechanical strength with small weight and size characteristics;

- the creation of universal bomb cassettes, which were adapted for the transportation and discharge of small-sized aviation ammunition for various purposes, including anti-tank, anti-personnel and other types of mines. 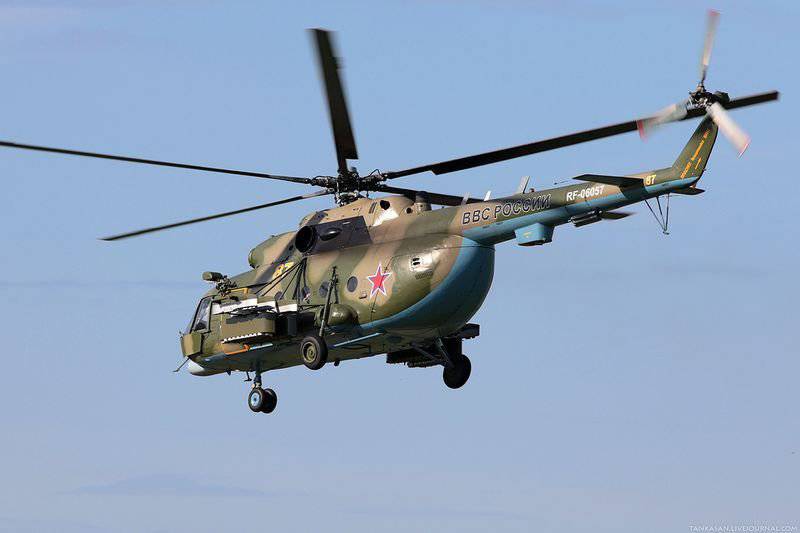 Russia has not remained aloof from the development of such mining systems. One example of a domestic system of this type is the helicopter mining system, the VSM-1. BCM is designed to accelerate the process of mining the area with anti-personnel, anti-personnel and anti-landing mines of cluster equipment. As a carrier helicopter, various versions of the Mi-8 helicopter that are in service with units and formations of the Russian army can be used. The system consists of containers with cassette placement of mines, which are mounted on the external suspension of helicopters, instrumentation and mining control systems, which are mounted in the cockpit. This system allows you to set minefields in the depth of the operational construction of the enemy, as well as in the tactical zone, even during combat.

Modern helicopter mining systems are designed to ensure the dropping of various types of aircraft mines in the desired sequence, to carry out mining in the protected lines and other land areas at a safe distance from their own troops in a very tight timeframe. The Russian system VSM-1 is designed to speed up the process of mining the terrain using anti-personnel mines with PFM-1C and POM-2 cassette equipment, as well as anti-tank mines PTM-3. Mining is performed by the crew of the military transport helicopter Mi-8T from altitudes from 30 to 150 meters at flight speeds up to 160 km / h. Depending on the type of mines used, the VSM-1 allows to mine the terrain for a length of 400-2000 meters and a width of 35-65 meters. 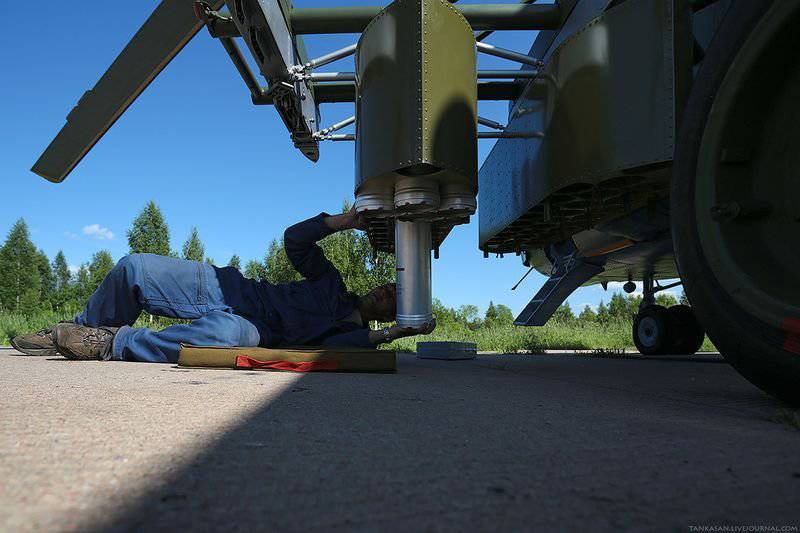 The 1 container for mines, the mining control panel, the container control, the container lifting and suspension system and the trolley for their transportation are included in the BCM-4 kit. For the installation of containers (2 on each side of the fuselage) are used external nodes of the armament of the helicopter. Each of the containers is designed for installation of 29 cassettes of the type KSO-1 into it. Accordingly, in the 4-x nodes on the external suspensions 116 cassettes are charged, in each of which you can place from 116 to 7424 pieces min, depending on the type used. The charging of mines usually takes no more than 40 minutes of time, but this indicator can be improved, it all depends on the preparation of the team.

Installation of mine-explosive obstacles from a helicopter is made by the “in-ramming” method when flying over the mined territory. The mines installed in the system are fired from the containers alternately from the left and right sides, first from the outer and then from the inner containers. The uniformity of the shooting of mines is ensured by using a predetermined interval for the issuance of electric pulses from the mining control panel, as well as by the flight mode of the rotary-wing machine. 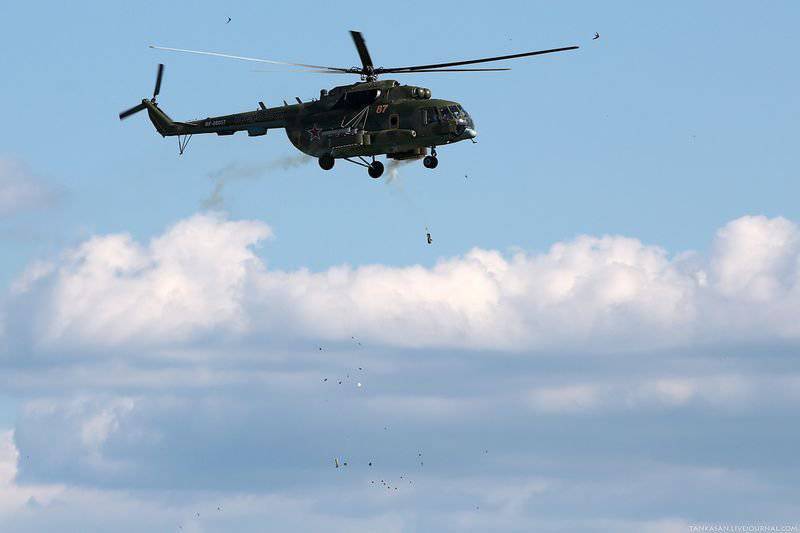 This mining system has proven to be highly effective in performing mining of the environs of the bases and mountain trails of the Mujahideen in Afghanistan and could be used as a preventive measure against their attacks. Within just one minute, an ordinary Mi-8 helicopter could throw up to 8,5 thousands of anti-personnel mines in the designated area up to a length of up to 2 kilometers and a width from 15 to 25 meters.

Performance characteristics of the VSM-1:

Ctrl Enter
Noticed oshЫbku Highlight text and press. Ctrl + Enter
We are
US private aviation military companiesAn-12 in Afghanistan
8 comments
Information
Dear reader, to leave comments on the publication, you must to register.