10 September 2013
26
The disaster on the air was a serious blow to the entire Russian space industry. We are talking about the accident of the Proton-M rocket with three GLONASS satellites on board, which occurred on July 2 of the year 2013. This unfortunate launch showed live channel "Russia-24". He could be watched live or recorded by viewers around the world. In fact, this catastrophe has become a kind of symbol of what is happening in Russia today with the space industry.


Then in July, Russian President Vladimir Putin proposed to reform the entire industry. To prepare for the reform, a special commission headed by Deputy Prime Minister of Russia Dmitry Rogozin was to be created. Earlier, Rogozin had already promised to draw extremely tough conclusions from Russia's recent failures in space. According to Rogozin, after the reforms, the space industry will no longer look the way it looks now. At the same time, the Deputy Prime Minister, who oversees the country's defense industry, promised to make the Proton-M launch vehicle rather tough conclusions from both the organizational and personnel levels.

As a result, the decision of a specially created commission was transformed into the idea of ​​creating a joint rocket-space corporation (ORKK) in Russia, which could go on an IPO in 2-3 years. Deputy Prime Minister Dmitry Rogozin noted that at the time of the creation of the new corporation and in the subsequent 2-3 of the year, the state-owned stake would have to be 100%. At the end of this period, to attract private investment, it is planned to bring the corporation to IPO (the first public sale of shares of a joint stock company). 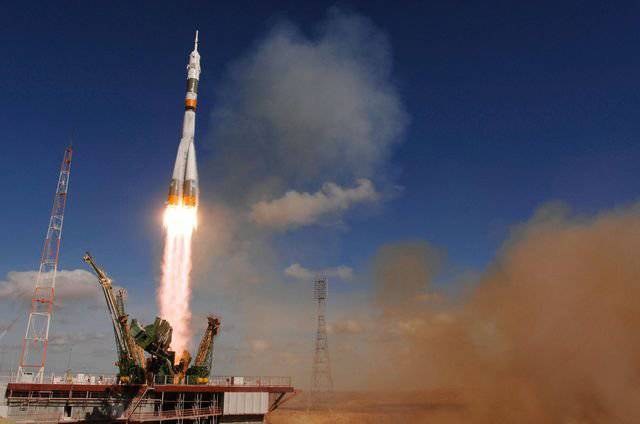 It is assumed that the structure of ORCC will include 33 Russian organizations that are integrated into 8 integrated structures, including 16 enterprises, of which 9 are open joint-stock companies and 7 FSUEs. Before the end of 3 quarter 2013, the Russian government should submit to Vladimir Putin an action plan for structuring the space industry. “Roskosmos, which previously submitted to the government a project to form a new corporation, concluded that the best option would be to create an 100-percent joint stock company with Roscosmos preserved as the controlling federal executive body. It is planned that the structure of the new corporation will include all domestic enterprises of this industry with the exception of a number of defense enterprises, ”said Dmitry Rogozin.

According to Rogozin, the members of the commission created so far have a strong opinion that it is not worthwhile to introduce structures that are working on the development of combat missile technology to the corporation being created. Currently, 4 large Russian enterprises that specialize in the implementation of the Russian state defense order - OJSC MIT Corporation, OJSC Kometa Corporation, OJSC Makeev Center and OJSC SPU-TsKB TM Corporation - are under the jurisdiction of Roscosmos .

As the Deputy Prime Minister clarified, at present these organizations are faced with “very important tasks” to fulfill the state defense order, and a decision on them will be made some time later: “It’s possible to suggest in the draft decisions to Vladimir Putin a date, a specific year, when it will be possible to return to this topic, ”said the deputy chairman of the government. Rogozin also added that no dates have yet been determined. According to the official, a specially created working group will have to prepare all the necessary documents within 10 days, after which a final decision will be made, which will be submitted to the Russian presidential administration. A draft and detailed draft of the upcoming reform should be submitted to the Kremlin before the end of September 2013. 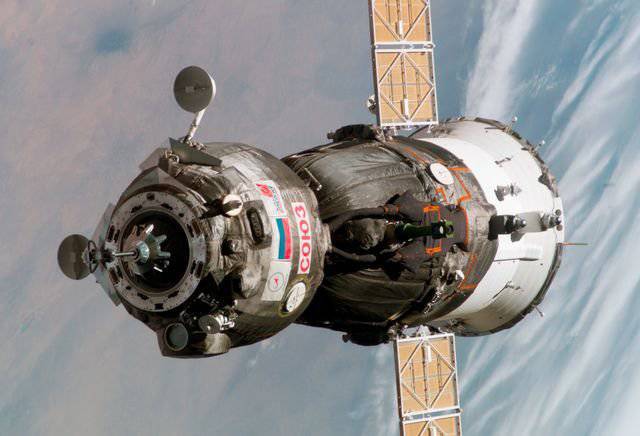 According to Dmitry Rogozin, the creation of a rocket and space corporation will be able to save the Russian space industry from duplication. The reform of the Russian rocket and space industry should consolidate the efforts of enterprises and design bureaus, which will allow for the maximum utilization of existing production facilities. And this in itself should speed up the production of new type of spacecraft, like the manned module that was presented at the International Aerospace Show in Zhukovsky in 2013 year.

The creation of the United Rocket and Space Corporation in Russia was the subject of a separate meeting with the Deputy Prime Minister of the Russian Government, Dmitry Rogozin, which took place in early September. In fact, it is assumed that the Federal Space Agency will be divided into 2 parts. So Roskosmos should get the function of the state customer, also this department will shape the state policy in the space sphere. At the same time, all domestic design bureaus and enterprises of the rocket and space industry, with the exception of enterprises operating in the Russian defense complex, will have to enter the United Rocket and Space Corporation (ORKK). This structure will have to assume the functions of a general contractor and will focus on the execution of the state order.

“Formation of a new corporation is supposed to be carried out on the basis of an already existing enterprise to facilitate procedures at the start of the entire process of reforming the industry. In particular, the Scientific Research Institute of Space Instrument Making, which, in turn, is a subsidiary of Russian Space Systems, is planned to supply the role of the base enterprise. At the same time, organizations that are involved in the provision of space activities will remain under the agency's jurisdiction. These are cosmodromes, the Cosmonauts Training Center, ground-based automated control facilities, branch institutes, and also combat missile technology enterprises, said the Deputy Prime Minister. 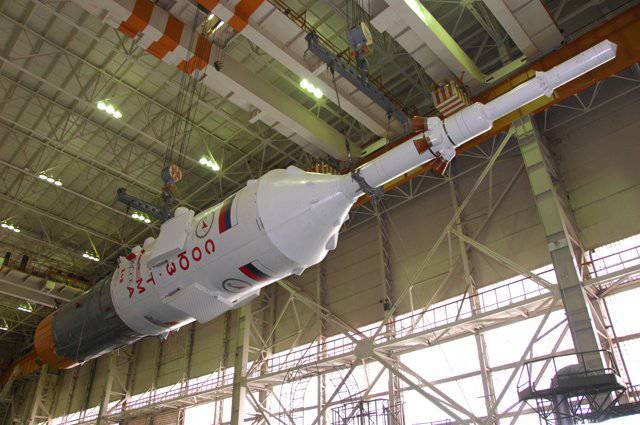 At the same time, a separate question is the fate of RSC Energia. The fact that this well-known enterprise on 100% should become state-owned has been discussed for quite some time, but only now some understanding has been found with the main shareholders of the corporation. During the meeting, Dmitry Rogozin said that we would suggest completing the formation of the RSC Energia board of directors in the near future, and we plan to nominate Deputy Minister of Economic Development Andrey Nikolayevich Klepach as chairman of the board of directors. In the future, the Board of Directors will have to determine all remaining personnel issues within the corporation.

Rogozin also made a proposal to increase the state of Roscosmos to 450 people, currently an 191 specialist works there. The fulfillment of all the tasks to create a new corporation is planned to be completed within one year. Discussing the objectives of creating a SACS, the Deputy Prime Minister highlighted: “Firstly, this is a unified technical policy, consolidation of the domestic space industry, and universalization of solutions. At the same time - stimulation of design ideas to the development of something new, and not just the use of the old accumulated technical reserve. Creation of those “competence centers” closer to the Vostochny cosmodrome, perhaps even a separate academic center, a full-fledged academic city in the Far East of the country, which would work on new projects for the Russian rocket and space industry. These are the tasks that confront us. It remains only the most important thing - to choose the right people for their fulfillment. ”

Deputy Prime Minister Dmitry Rogozin believes that the formation of a new unified corporation should allow the country to get rid of the series of failures that have plagued the Russian rocket and space industry over the past few years. It is noteworthy that the new era of the Russian space industry may begin after the crash of the Proton-M launch vehicle with three GLONASS satellites on board. So a whole circle of failures from the 12 space dips over the last year's 2 may close. This series of failures began on 5 in December of 2010, when problems in the DM-3 upper stage caused three Russian GLONASS-M navigation satellites to go to the Pacific instead of near-Earth orbit.