The military spending of the African continent increases 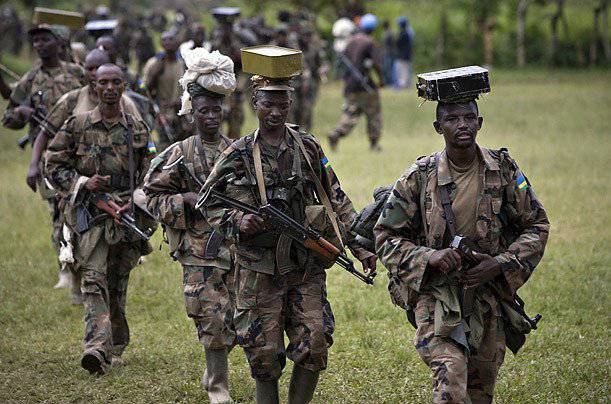 Major global defense companies have been eyeing the African continent for a long time. Moreover, they are very active in the struggle for local military markets. And this is not surprising, because most experts predict that in the next decade, the costs of African states for the purchase of military equipment and weapons will exceed 20 billions of dollars. The reason for the increase in expenditures lies primarily in the fact that the military equipment that is in service with the continent is gradually becoming obsolete, failing, state budgets are gradually being filled with funds, and the number of regional threats is constantly increasing.

The African continent is the undisputed leader in the number of local crises and armed conflicts. Even in spite of the fact that in recent times certain changes have been noted in traditionally “hot” regions, in general the situation is very far from stability, since new conflicts are replacing one. The main feature of the military-political situation on the African continent is the active secret movement weapons through the territories of neighboring states. As a result, many more countries are involved in conflicts than it might seem from the outside. Therefore, many African states are currently engaged in the inventory of existing weapons and equipment, the formation of programs for the repair and modernization of military equipment, in some cases - plans are being made to purchase new types of equipment.

Among the African states that are most actively developing their military programs, it is necessary to name Angola, Libya, Zimbabwe, Morocco, Sudan, Nigeria, Mozambique. However, besides them, all states of the continent are potentially interested in the import of weapons and military equipment, because there are not so many of their own military production.

According to some military experts, in particular, Colonel retired from Zimbabwe, Joseph Sibanda, the military spending of the African continent will increase, and this is inevitable, because the fight against terrorism and Islamist rebel organizations has intensified.

In addition, the military departments of many African states, including Kenya, Libya, Sudan, South Africa and Algeria, have already made a statement that it is necessary to increase the combat power and mobility of their armies. Despite the fact that the experts are not voicing exactly what the estimate of the growth of military spending is based on, experts from the Stockholm Institute for Peace Studies released information that Africa’s military spending exceeded the 20 billion mark back in 2002. Since then, these expenses have been increasing annually by 1,5 billion dollars.

Only in the last year, 2012, according to the institute, African states have spent more than 38 billions of dollars on military needs. This figure is very approximate, since many countries of the continent simply do not provide such information, or they represent it, but in a very distorted form.

African states are currently in greatest need of aviation and armored ground equipment that can be used to protect state borders, mineral deposits. In addition, this technique is very necessary for the fight against various terrorist groups and organizations.

For example, at the beginning of 2013, Ukraine delivered four BTR-3E armored personnel carriers, which were produced in Kiev, to a mechanical-repair factory in Nigeria. These cars are used to perform tasks of the local federal police. Armored personnel carriers are equipped with turrets with a 12,7-mm machine gun. Recall earlier (namely in 2006-2007) Nigeria had already received armored personnel carriers from Ukraine - the BTR-3UN / UK / E in the number of 47 units. More recently, in August 2013, it was reported that Sudan had bought from the Russian Federation 16 multipurpose helicopters Mi-8 and 24 shock Mi-24. In addition, earlier the same state bought from Russia 6 Mi-8 and 12 Mi-24 helicopters. In Belarus, Sudan purchased the 15 advanced Su-25 / UB and 12 Su-24 bombers.

True, according to experts, for the countries of the African continent, it is not the procurement of weapons and military equipment that will be much more important, but rather the conclusion of agreements with various states on military-technical cooperation. Despite the fact that the military expenditures of the African countries are gradually increasing, the struggle for the local arms market has developed only in the last few years.

The limited finances of most African countries, the low potential capacity of the arms market of some of them led to the impossibility of using various forms of military-technical cooperation. And in most cases we are not talking about the purchase of new types of weapons and equipment, but about the repair and restoration work of the previously supplied equipment. The purchase of new weapons, as a rule, involves only small arms, ammunition and dual-purpose equipment (trucks, helicopters).

Therefore, it can be considered a great success that, to date, African defense enterprises have entered into agreements on joint development, as well as joint production of weapons and equipment with major global companies, in particular from Malaysia, France, Russia, Brazil, China, Slovakia, the Czech Republic, Germany, UK, Ukraine, United States of America and Switzerland. Now the largest player in the African arms market is the Republic of South Africa, however, judging by military experts, in the coming years, Western, Northern and Eastern African countries can enter the world arms market.

As for the agreements already concluded, first of all it is necessary to mention that in August of this year, an agreement was signed between the South African company Truvelo Armory and the American Colt Defense, according to which South Africa is supposed to produce an almost complete line of Colt small arms for the needs of the local army and the regional police. In addition, a similar agreement was concluded between the South African company Denel and B&T from Switzerland. This document assumes the licensed production of 9-mm machine guns-pistols MP9 and their modifications, the production of single-shot 40-mm GL-06 grenade launchers and magazines for small arms for 30 and 15 rounds.

In addition to these agreements, an agreement was signed between African Denel Aviation and Eurocopter concern, which provides for the repair and maintenance of AS350 Ecureuil and Alouette helicopters, Bo 105 and AS332 Super Puma, of which there are about two and a half hundreds in Africa. In March of this year, a service center was opened in the Republic of South Africa, which is a joint venture of the same company Denel and the Russian concern Russian Helicopters. Service will be engaged in repair and maintenance of aircraft Ka-32 and helicopters Mi-8 and Mi-17, which in Africa currently has about six hundred units.

In addition, Denel has entered into a contract with another aircraft manufacturing concern from Europe - Airbus - on the joint production of certain units and parts for the promising military transport aircraft machine A400M Atlas. According to official data, the cost of the agreement is estimated at several billion dollars.

I must say that contracts were also signed for the supply and joint production of armored vehicles between the Serbian companies Krusik, MTI, Prvi Partizan, Sloboda and the Libyan, Algerian and Egyptian defense enterprises. In particular, the Lazar BVT armored vehicle and Nora B-155 52 self-propelled artillery systems are supposed to be produced.

It is worth mentioning another contract that was concluded between the company Tawazun Holdings from the UAE and Algeria, according to which the company from the Emirates plans to build a plant for the production of armored vehicles NIMR in the partner’s territory. It is assumed that these machines will be supplied not only to the Algerian army and law enforcement agencies, but also to the armed forces of all North African states.

It is safe to talk about the feasibility of expanding imports and joint production of weapons on the African continent, because there are objective prerequisites for this: the moral and physical obsolescence of military equipment and the inability to independently strengthen the material and technical base of the armed forces, the inefficiency of national military design bureaus costs, the almost complete absence in the region of military programs aimed at the introduction of high technologies, s in many African countries, inter-ethnic conflicts.

Thus, it is obvious that the development of military-technical cooperation of the African continent with the world states will provide an opportunity to strengthen the economy of the region, which is very unstable. This can be achieved due to the fact that the majority of signed agreements on joint production implies not only the supply of products to the country in which the company is located, but also to other states. And if we take into account that the global arms market is constantly increasing, then it is quite possible to talk about the possibility of permanent replenishment of the state budget by suppliers. In addition, thanks to the construction of new defense enterprises in the African continent, new jobs will appear, and, accordingly, the activity and economic employment of the local population will increase. In addition, the emergence of new joint ventures will lead to foreign investment. As a result, it can be expected that in ten years the African arms market will yield very little to the similar markets in the Middle East or Southeast Asia.

Ctrl Enter
Noticed oshЫbku Highlight text and press. Ctrl + Enter
We are
African arrows: British colonial troops became the basis of the armed forces of the independent states of AfricaMemo to mercenaries in Africa
Military Reviewin Yandex News
Military Reviewin Google News
15 comments
Information
Dear reader, to leave comments on the publication, you must to register.