August 31 2013
215
It is finished!
A group of journalists was finally shown the latest fighter from a distance available in order to see the fifth generation closer. The reason for this was the signing of an agreement of intent between the RAS and the KLA on the development of new technologies and materials for aviation.


1. On the territory of LIC "Sukhoi" everything is at home. Apples can be torn without departing from production. 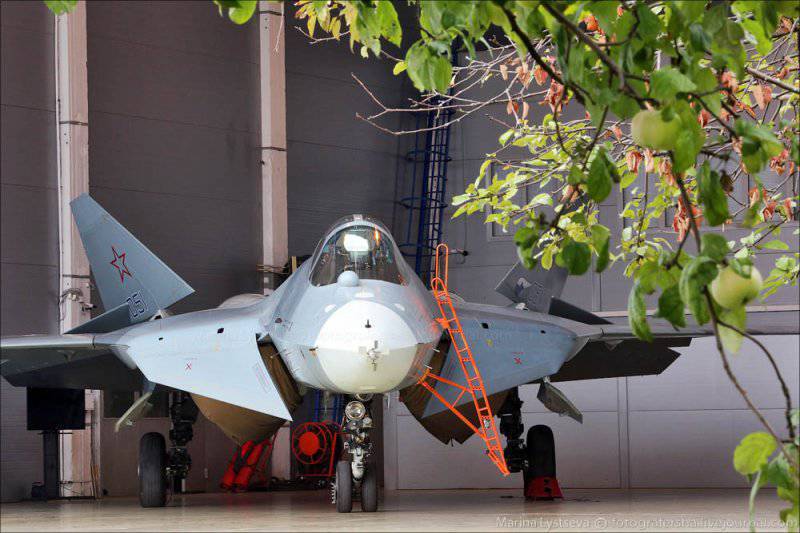 2. I will not tell much, it is interesting to you to look at pictures? The theme with the greens I have brazenly skomunizdil Seryoga. And I do not mind, though I am kind, but fair. By the way, his photos after his became noticeably better. 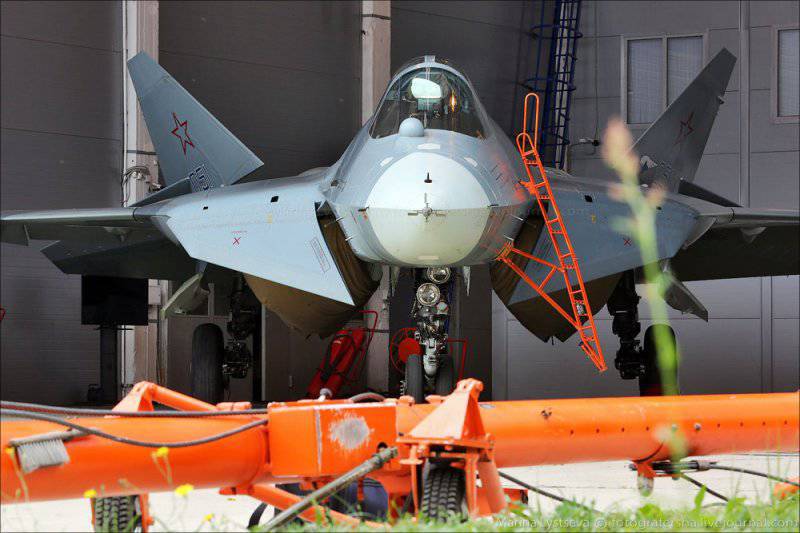 3. In order to ensure low visibility of the aircraft, we had to carry out a series of basic research in various fields and combine the results into one technology. 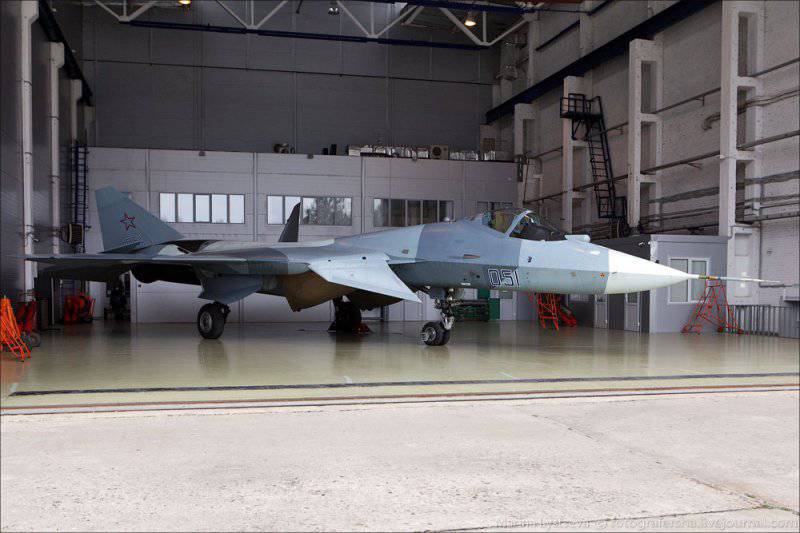 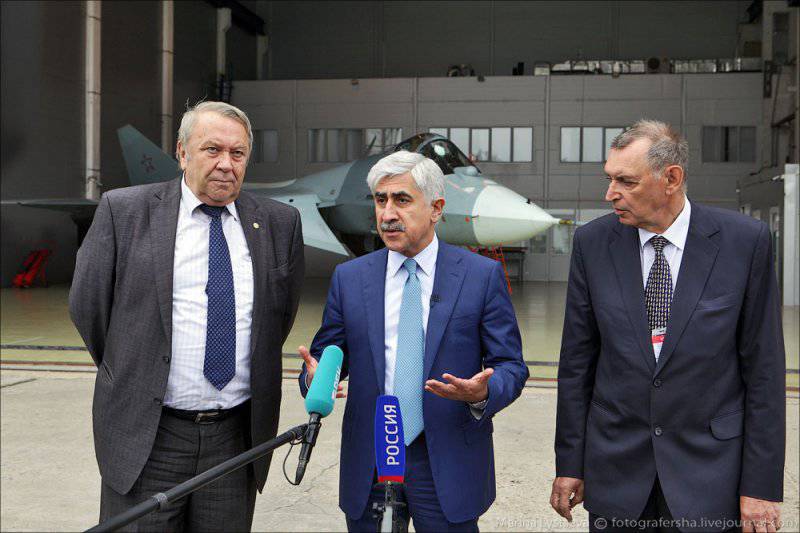 5. Of course, they didn’t give a close match. But thanks for that! 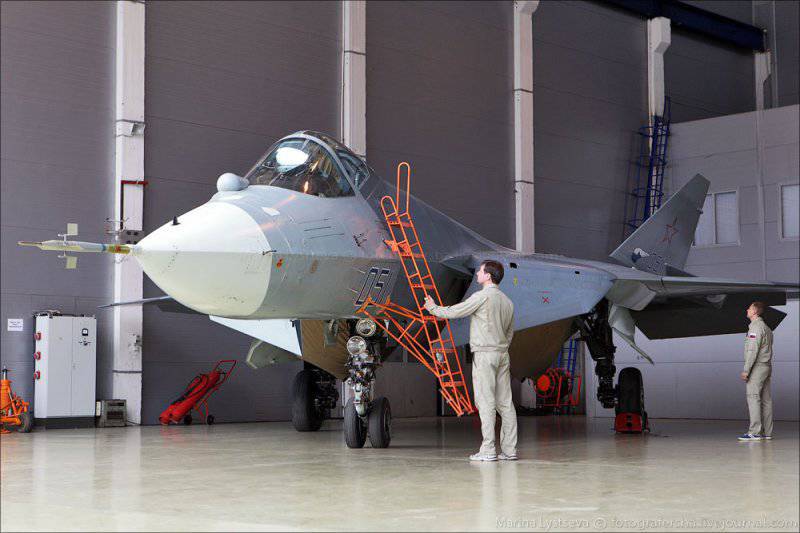 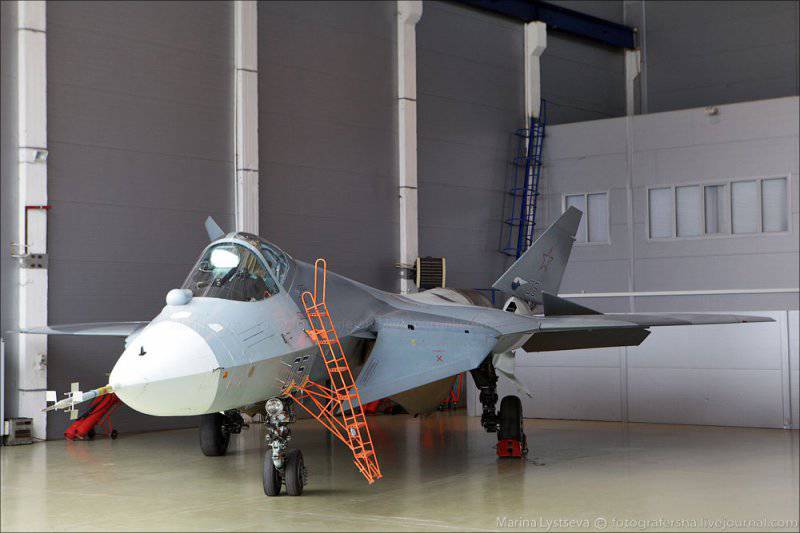 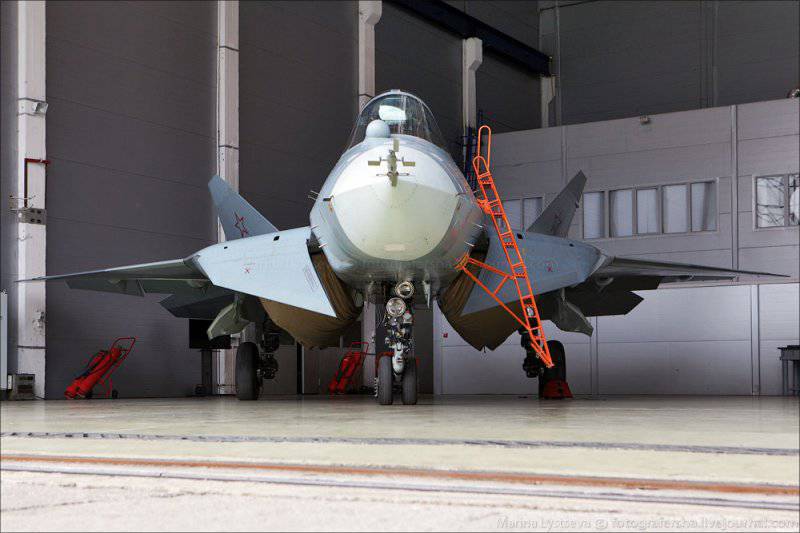 8. There are really few journalists. I only managed to remember Russia in a fuss 24 and RT, look for reports from them. 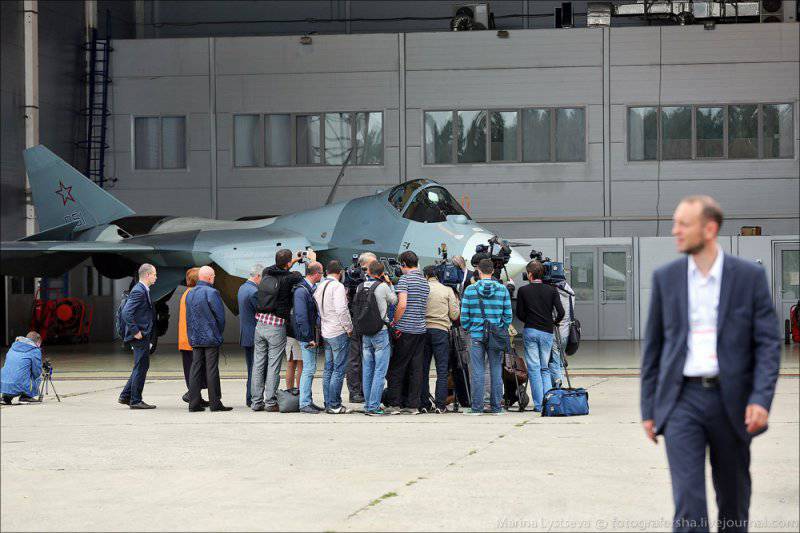 9. It was necessary to take shotguns lens on 800 mm, I'm afraid if I would have gotten her right away I would be shot. 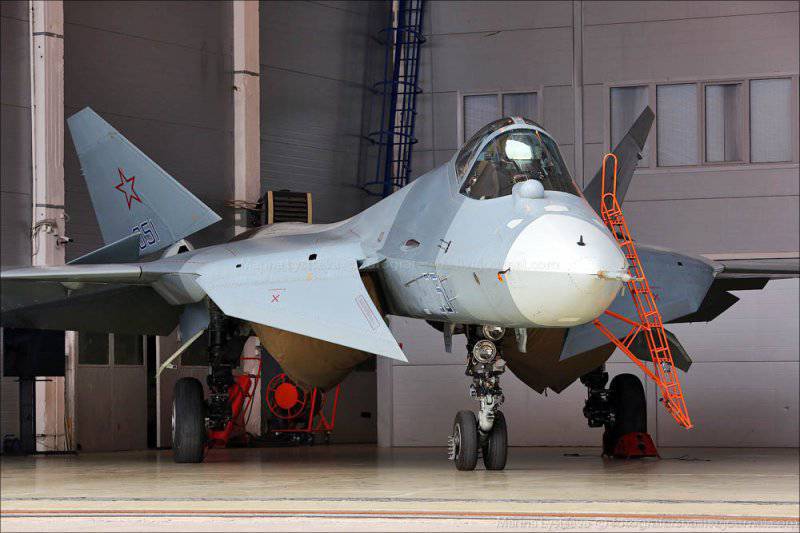 10. But I wonder what method put rivets? What do you think? 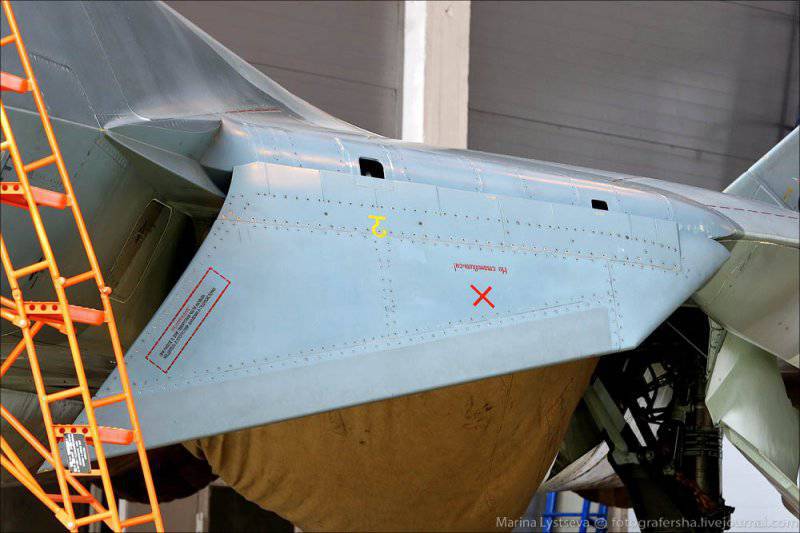 11. Secret weapon PAK FA. Not really. This is a sensor measuring the speed of the receiver air pressure. 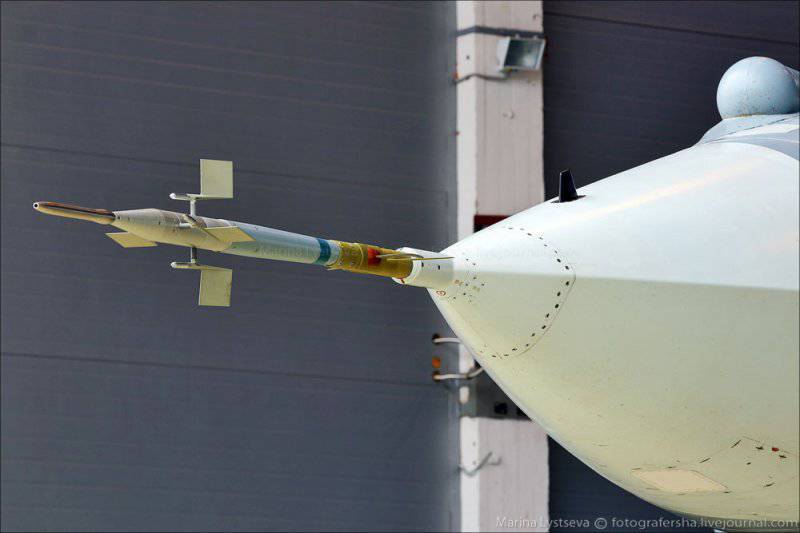 12. Rear landing gear. And yet, what is hiding behind covers ??? 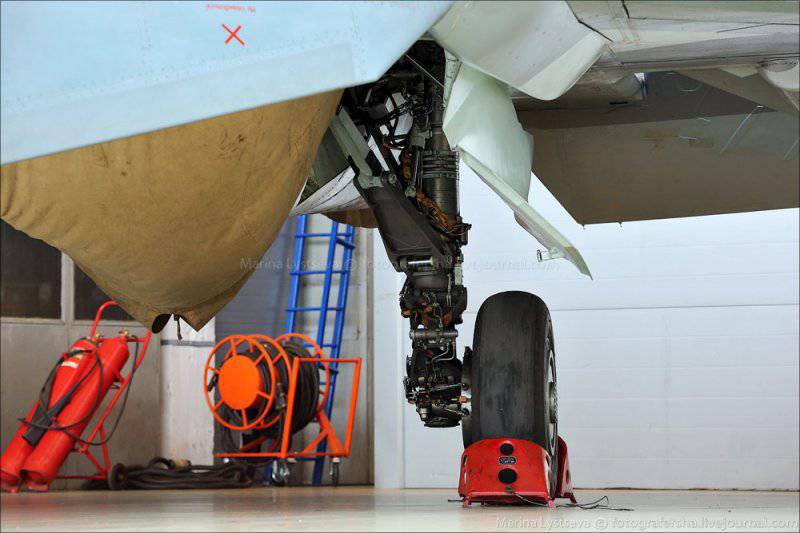 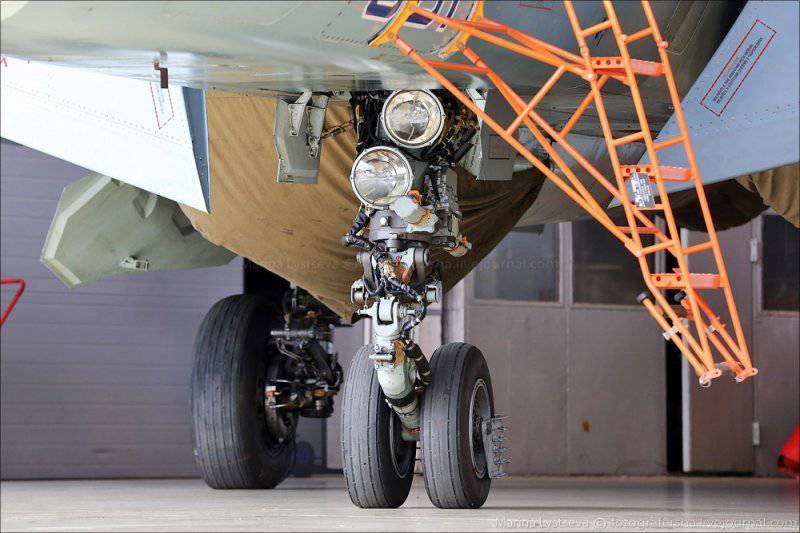 14. At the end of the press conference on the background of the aircraft, the hangar was closed and the first board of the PAK FA, he also hid the T-50 before ... but honestly, I don’t know when. Maybe tomorrow will be a demonstration flight? In fact, all copies are technically sound and any of the sides can fly for viewers on MAKS. 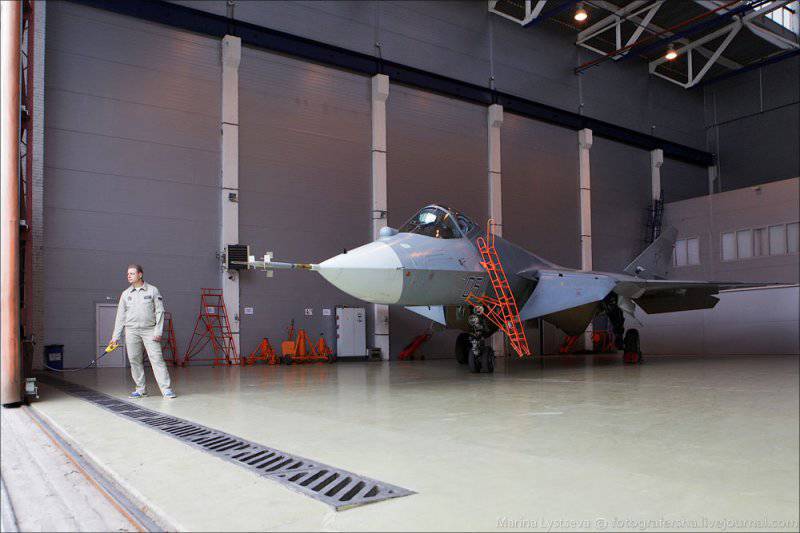 That is such a beauty!

Ctrl Enter
Noticed oshЫbku Highlight text and press. Ctrl + Enter
We are
Innovation Day of the Southern Military District: Pictures from the ExhibitionThe future aviation museum in Medyn 1 March 2014
215 comments
Information
Dear reader, to leave comments on the publication, you must to register.