August 28 2013
5
During the current state rearmament program, calculated up to 2020, it is planned not only to purchase new weapons and military equipment, but also to provide support to defense industry enterprises. Recently, the Russian government issued a new document, according to which in the near future seven enterprises engaged in the production of weapons and equipment will receive state support. 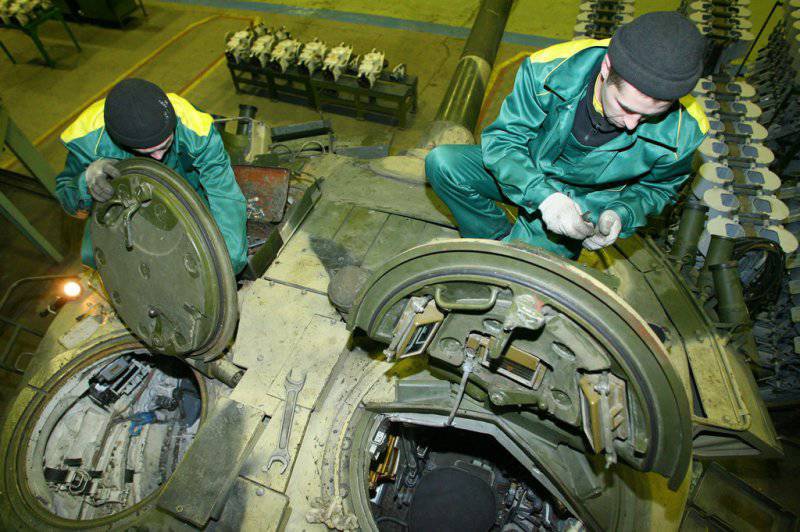 Last Monday, August 26, Prime Minister D. Medvedev signed a decree concerning the provision of state guarantees. According to the decree, already this year seven Russian organizations and enterprises will receive eight state guarantees for loans. The total amount of assistance - 34,4 billion rubles. Provided state guarantees will help enterprises to take loans and conduct a number of research and design programs ordered by the Ministry of Defense.

The provision of state guarantees is a direct consequence of the current policy towards defense enterprises. The fact is that most of these organizations are commercial. Thus, the state directly pays only for finished products. All the necessary research and design work enterprises have to finance through loans. State guarantees, provided in accordance with the latest government decree, are expected to help defense organizations simplify the receipt of loans and, as a result, facilitate the development of new projects.

The largest support will be provided to the Izhevsk Electromechanical Plant "Kupol". Only this year he will receive state guarantees in the amount of 8,6 billion rubles. This enterprise is part of the Almaz-Antey Air Defense Concern and is engaged in the construction of anti-aircraft missile systems. A loan of 8,6 billion, for which state guarantees are issued, will be used to modernize production. Thus, without direct state financing, the Kupol plant will be able to improve the condition of its production lines and thereby ensure the fulfillment of orders for the near future.

Next on the list of state-supported organizations is the State Rocket Center named after Academician V.P. Makeeva (GREC them. Makeeva), located in the city of Miass. This company will receive guarantees in the amount of 7,2 billion rubles. A loan taken under these guarantees will help them. Makeeva will improve the state of testing and production facilities, which will ultimately have a beneficial effect on the potential of strategic nuclear forces. GRC them. Makeeva is creating intercontinental ballistic missiles for the naval fleet, and more recently, for strategic missile forces. In addition, the State Rocket Center is engaged in the subject of space rocket systems for various purposes.

It should be noted that the target support of the state will also be received by several enterprises that are part of the “Constellation” concern. Thus, the Moscow Research and Development Institute of Communication and Control Systems (NIISSU) will receive guarantees for 5,5 billion rubles. This organization is engaged in the creation of communication systems designed for the armed forces. NIISSU has developed several communication complexes for various types of troops and is engaged in new systems of this class.

Another enterprise from the “Constellation” that will receive state guarantees on the loan is the October plant in Tambov. This plant is engaged in the production of various communication systems. In addition, he builds command and staff vehicles for ground forces. With the help of state guarantees, the plant "October" will be able to take out a loan in the amount of 2,1 billion rubles.

Thanks to a government decree and state guarantees, the concern “Marine underwater weapon - Gidropribor ”will be able to take loans in the amount of 1,8 billion rubles. This will allow the concern to modernize production, as well as to continue the development of mine and torpedo weapons and protection systems against them.

The last enterprise, which will receive state guarantees for fulfilling orders of the Ministry of Defense, is engaged in the construction of boats and vessels of various purposes. In accordance with the adopted document, Pella Shipyard will receive state guarantees for 1 billion rubles. Not so long ago, the Pella plant launched the 03160 project high-speed patrol boat and thanks to loans, the construction of fleet equipment will continue.

Seven defense enterprises that have received support in the form of state guarantees will be able to take loans for various programs without providing any additional support to credit organizations. Thanks to this, it will be possible to modernize production facilities and start or continue promising projects. Until the end of this year, only seven organizations will receive state guarantees. Nevertheless, as follows from the current state policy with respect to defense enterprises, in the future this practice may continue in the form of new government decrees, new loans and new developments.

Ctrl Enter
Noticed oshЫbku Highlight text and press. Ctrl + Enter
We are
World MIC - who is in the topProjection of force
Military Reviewin Yandex News
Military Reviewin Google News
5 comments
Information
Dear reader, to leave comments on the publication, you must to register.