August 27 2013
31
Today, the problem of utilization or neutralization of household garbage or the so-called MSW - municipal solid waste is quite acute all over the world. Various options for their beneficial use. Already by the beginning of the 1980-s, 40 mln. Tons of solid waste accumulated in Russia alone, at present this figure has grown to about 60 mln. Tons. Nowadays, the specific annual output of MSW per inhabitant in developed countries increases annually by 4-5%, and is approximately 250-700 kg. At the same time, experts believe that more than 60% of all modern municipal waste is a potential secondary raw material, which can still be profitably processed and sold. Approximately another 30% of garbage belongs to organic waste that can be recycled into compost.


The problem of complete or partial disposal of solid waste is today quite acute, first of all, it is relevant from the point of view of the negative impact of waste on the environment. Today, municipal solid waste is a rich source of various secondary resources that industry needs. These are ferrous, non-ferrous, rare and scattered metals, as well as “free” energy carrier. Modern household waste is a renewable carbon-containing raw material for fuel energy. At the same time, for any localities, the problem of utilization and recycling of garbage is primarily of environmental importance. The importance should be paid to the fact that the process of utilization of solid waste does not violate the ecological situation of the settlements, as well as the norms of functioning of the urban economy in terms of public hygiene and sanitation, as well as the living conditions of citizens in general.

Nowadays, the overwhelming mass of MSW is stored in the world in the form of landfills, specially or spontaneously organized, in the form of “landfills”. It is worth noting that this is far from the most effective way to deal with garbage, since landfills occupying vast areas of land often occupy them from fertile lands and are characterized by a high content of carbon-containing raw materials (paper, plastic, wood, polyethylene, rubber). They often burn, polluting the environment. In addition, landfills are a source of pollution of both groundwater and surface water due to their drainage by atmospheric precipitation. Modern experience of foreign countries shows us that the rational organization of the processing of municipal solid waste makes it possible to reuse up to 90% recycling products in the construction industry, for example, as aggregate for concrete. 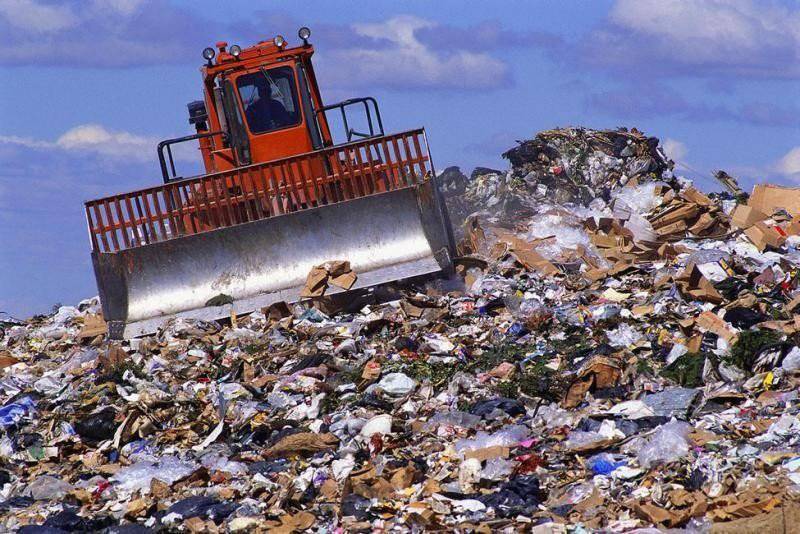 According to information from specialized companies, which are currently implementing even relatively unpromising technologies for direct incineration of solid waste, incineration of 1000 kg. MSW will produce heat energy, which is equivalent to burning 250 kg. fuel oil. At the same time, the real savings will be much more, since the very fact of preserving primary raw materials and the costs of its production, that is, oil production and the subsequent production of fuel oil, are not taken into account.

Not surprisingly, the idea of ​​recycling solid waste into valuable fuel has been worrying the minds of scientists and engineers for more than a year. By the end of 1980 in the world, the total capacity of power plants that used MSW as fuel was more than 1200 MW, new installations were created and designed. However, a complete transition from neutralization to the disposal of solid household waste by incineration has not happened. This is due to the complexity of meeting stringent environmental requirements, due to the tightening of which many incinerators on the planet have stopped. In Russia, there was no unambiguous opinion on the issue of garbage burning at all.

Until recently, it was the serious pollution of the atmosphere by various toxic substances, the emissions of which accompanied the processing of waste, was the main drawback of this method. However, according to the publication of the New York Times, the American inventor Chris Casten and businessman Mike Hart believe that they managed to find a solution to this problem. And the military has already become interested in their new stove for recycling household waste. 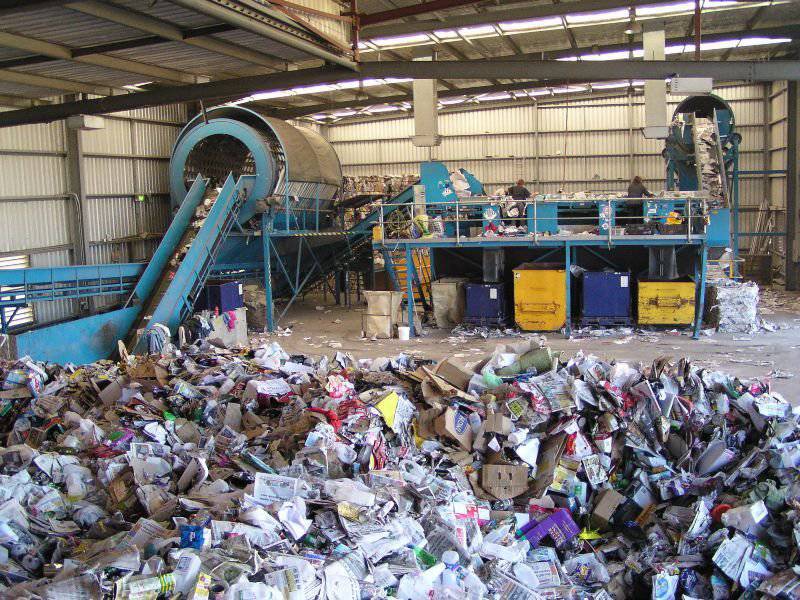 A few years ago, Mike Hart worked in the former Air Force hangar, designing his own recycling system, which he called the FastOx Pathfinder. This installation has a fairly compact size - has the size of a shower and is a modification of the blast furnace. A chemical reaction takes place inside such a furnace under the influence of high temperature. In the course of this reaction, used syringes, banana skins, broken household appliances and many other human waste are melted without burning. As a result, organic gas and hydrogen are released, which can be directly used in thermal power plants or processed into diesel fuel. Mike Hart has already managed to find the first buyer for his furnace, which turned out to be the American army. The Pentagon, which is currently very dependent on fuel supplies, especially when solving combat missions, became interested in the novelty. The US Department of Defense has already placed an order for 3 million.

The California State Energy Commission also allocated 5 million dollars for the manufacture of these garbage-processing kilns in order to reimburse manufacturers for expenses that the Defense Ministry’s order does not cover. FastOx is the brainchild of the former engineers of the steelmaker Kaiser Steel, 2, and was patented by Mike Hart. “This is a modular system that allows you to place it anywhere, in order to recycle waste and immediately produce electricity. So ordinary garbage becomes a useful resource. ”

Once upon a time, Mike Hart owned a small railway company and drew attention to the fact that locomotives are capable of producing electricity. “In 2001, during a massive power outage in California, I thought about the fact that any locomotive produces 2,1 MW of power - enough to bring light to hundreds of homes,” he told reporters. In 2002, entrepreneur Mike Hart was invited to the business plan competition as a judge, and here he met the winner of the competition, Chris Kasten. 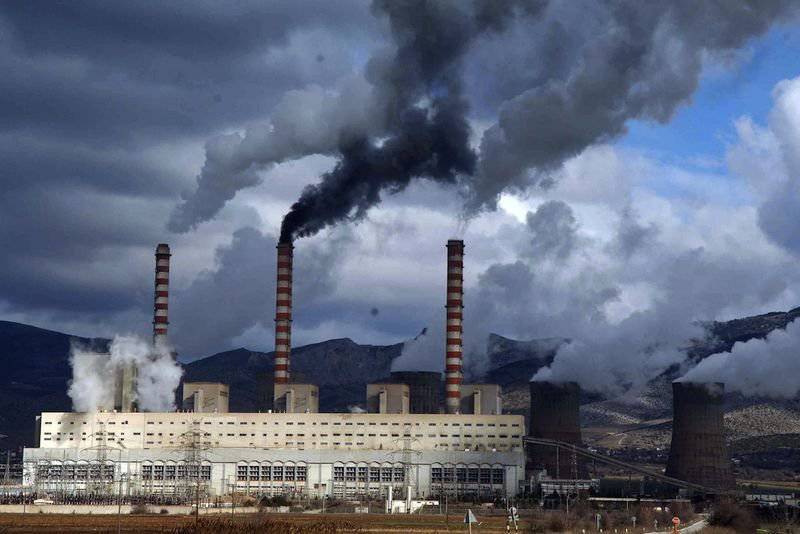 Grandpa Kastena, who worked at the plant Kaiser Steel, made a proposal to make blast furnaces more efficient due to the injection of steam and oxygen. By-products are gas and hydrogen, which have energy value. Many years later, when the Kaiser Steel factory closed, the workers were ordered to dump into the kiln all the construction waste that was formed after the demolition of the building. Then grandfather Kasten and his colleague came to the conclusion that it is possible to melt almost anything in their improved furnace, with the production of gas. However, no one hastened to use their idea then, although the free fuel was under people's feet in the literal sense of the word. Mike Hart and Chris Casten state that one ton of garbage will be enough to produce enough gas to generate 1580 kWh of electricity. This is more than enough to supply the average American home with electricity for the month of 1.

Ctrl Enter
Noticed oshЫbku Highlight text and press. Ctrl + Enter
We are
Energy must be efficient, or Money, kerosene and air conditionersThe US Army has tested the technology of turning garbage into fuel
Military Reviewin Yandex News
Military Reviewin Google News
31 comment
Information
Dear reader, to leave comments on the publication, you must to register.