Russian aviation industry: to align and go to the set

August 26 2013
47
Russian aviation industry is gradually restoring production and increasing the rate of supply of new equipment. Unfortunately, in the near future you should not wait for new records comparable with the achievements of the sixties or seventies of the last century, but against the background of recent decades, even the existing pace looks optimistic. For example, in 2012, the Air Force received 35 new aircraft of several types. During 2013, the United Aircraft Corporation (UAC) is to transfer another 66 aircraft to the troops. 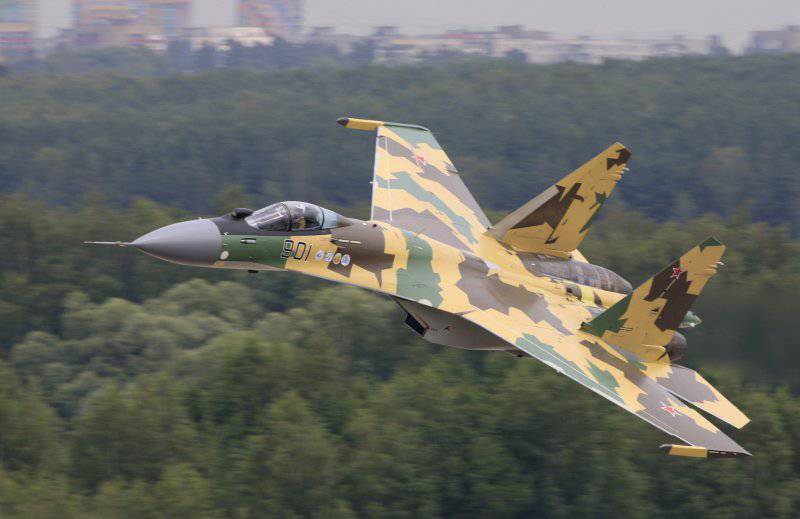 The most popular among the aircraft produced are still the various models of the Su-27 family. These are Su-30М2, Su-30СМ and Su-35С fighters, as well as Su-34 front-line bombers. It should be noted that the Su-35C has not yet arrived in the combat units, but according to some media reports, by the end of this year, the Air Force units will receive 12 aircraft of this type. In total, the current order of the Ministry of Defense involves the supply of X-NUMX fighters Su-48S, after which it is possible to sign a new contract for another batch of the same number of aircraft. Su-35CM is also not yet used in combat units, but the first vehicles of this type are planned to be transferred to the troops in the coming months. In just a few years, KLA will build 30 fighters of this type. As for the Su-60М30 fighters, the first four vehicles of this type entered the army several years ago. According to the results of their operation, it was decided to build another 2. According to some reports, the first two sides of this model will be transferred to the Air Force this year.

Also in the near future for the first time after a long break, new aircraft will receive carrier-based naval aviation. In accordance with the contract signed last year, the Russian Aircraft Manufacturing Corporation MiG will supply two dozen MiG-29K and MiG-29KUB fighter jets. The first aircraft for this order can be transferred to the military this year.

Despite the big plans for future deliveries of fighters, at the moment the most massive of the under construction combat aircraft in terms of the number of units already manufactured is the Su-34 front bomber. During this year, the Air Force received four new aircraft of this type and their total number in the army is 29. Taking into account the deliveries planned for this year, it can be assumed that over the coming months, the Novosibirsk Aviation Production Association will fully fulfill its obligations under the contract from 2008 of the year. In addition, deliveries under the second contract concluded in 2010 can begin this year. In total, up to 2020, Novosibirsk aircraft manufacturers must hand over a new bomber to 124 military pilots. 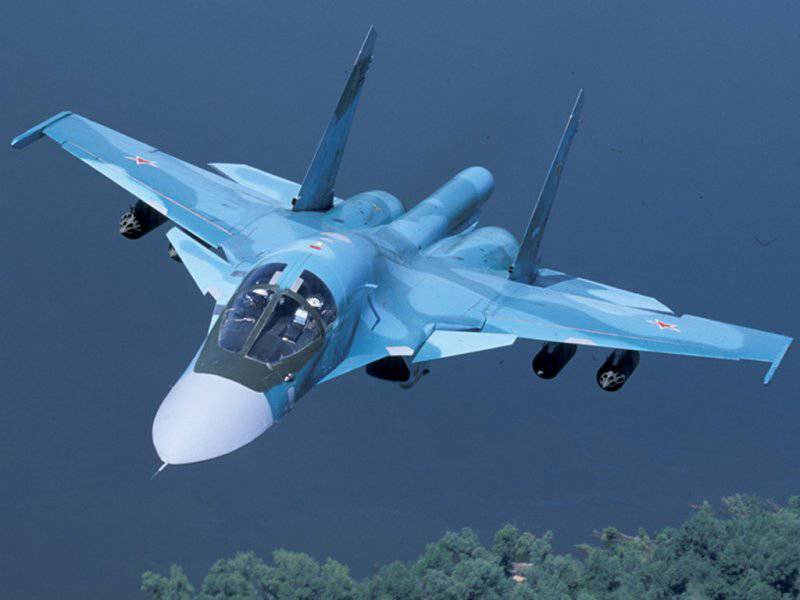 It is easy to see that the number of ordered Su-34 bomber is comparable to the number of fighters planned for delivery. One of the reasons for this is the fact that all or almost all fighter planes currently under construction are in some way a temporary measure in anticipation of a promising T-50 aircraft. The new fighter of the fifth generation is still at the testing stage and its serial construction will begin only in a few years. Nevertheless, the fleet of equipment of the Air Force requires updating now and therefore it is necessary to buy fighters of those types that have now passed the entire test cycle and are fully prepared for the early start of serial production.

The training of pilots for the air force is currently engaged in only one institution of higher education - the Air Force Academy. NOT. Zhukovsky and Yu.A. Gagarin. The Academy was created by merging several academies and colleges. As a result of such transformations, which at one time caused a mass of fierce disputes, the entire training of pilots of military aviation was entrusted to a single large organization. Before the unification of academies and schools in the field of pilot training, a sad picture was observed. The Ministry of Defense was not able to provide all the needs of educational institutions, which accordingly affected various aspects of training. In recent years, the situation has begun to improve. A vivid example of this is the recent events at the Borisoglebsk training base. Last year, this training unit received a batch of combat-training aircraft Yak-130. Some time ago, these aircraft were first used during the final exams.

Thanks to the new technology, the cadets managed to bring the hours to 60, including at night. The development of the Yak-130 aircraft did not cause the students special difficulties, they all coped with the management and implementation of the training tasks. Training aircraft Yak-130 has a characteristic feature that allows you to draw conclusions about the effectiveness of training. This aircraft is equipped with a control system that can be switched to imitation modes of modern Russian aircraft. Thus, having mastered the flights on the Yak-130, the cadet in the future without much difficulty will be able to master the combatant fighter.

Simultaneously with the development and construction of new aircraft, as well as the training of young pilots, scientific work is also carried out in the field of aircraft manufacturing. At present, five departments of the Russian Academy of Sciences are collaborating with aircraft building factories, design offices and research institutes. Regular introduction of new promising developments and the beginning of work on the following projects.

In a fairly distant future, one of the most interesting recent works will find practical application. UAC and the Institute for Problems of Chemical Physics are now working together to create energy sources based on the latest generation polymer films. Such devices will allow supplying various aircraft systems with electricity, removing some of the load from the engines. The fact is that on modern aircraft there is a huge amount of different electronics, which, in some cases, take from a quarter to a third of the engine power to power. The use of promising energy sources will reduce the power loss of the engines for the supply of on-board equipment.

As for the aircraft electronics itself, the most promising idea currently being worked out by domestic scientists is the so-called open architecture. Electronic equipment of the aircraft becomes obsolete faster than other components of the aircraft, including engines and airframe. In this connection, it is necessary to create an aircraft architecture that will allow upgrading electronic equipment relatively quickly and simply by replacing some obsolete components with new ones that have higher performance and are compatible with other systems. Open architecture has a great future in the field of civil aviation, but at the moment only four production aircraft are built in accordance with this concept. These are the Boeings of the 777 and 787 models, as well as the Airbags of the A350 and A380 models. Separate solutions related to open architecture are already actively used in other projects, including the Russian Superjet 100. In the future, it is necessary to build new airplanes using all the possibilities of the open architecture of radio-electronic equipment.

In general, the Russian aircraft industry is gradually recovering strength and begins to pick up pace. Unfortunately, the years of chronic underfunding, which ended relatively recently, adversely affected the mass of areas and for a long time will be the cause of numerous problems. Recently, however, the number of shortcomings has decreased and new issues have appeared on the agenda. For example, some enterprises simply do not have enough qualified specialists. Thus, in the near future we need to solve several more issues directly or indirectly related to the state of the aviation industry.

In the field of aircraft construction for the air force, taking into account the latest events and plans of the Ministry of Defense, the situation looks generally positive. The military department actively purchases equipment and is constantly increasing the pace of purchases, taking advantage of the opportunities offered by the current state rearmament program. In the case of civil aviation, the situation is more complicated. Despite the availability of good offers, even domestic carriers still prefer to buy foreign equipment. To correct this bias, it will be necessary to take appropriate measures, primarily of a design, technological and production nature. For a number of reasons, foreign aircraft are more attractive to operators than domestic ones.

And yet the state of the industry has ceased to be a cause for panic. Efforts made by aircraft manufacturers and the state, allowed to gradually solve some serious problems. At the same time, a number of difficulties and issues are still relevant and require immediate resolution. Thus, seeing the situation in the industry at the moment, you do not have to indulge in the notorious dizziness of success. It is necessary to concentrate efforts on solving existing problems and developing the achieved success. Only this will allow, to use aviation terminology, not just to get out of the corkscrew, but to align the position and go into a stable climb with good vertical speed.

Ctrl Enter
Noticed oshЫbku Highlight text and press. Ctrl + Enter
We are
Su-35C fighter: pending T-50An-12 in Afghanistan
47 comments
Information
Dear reader, to leave comments on the publication, you must to register.