August 22 2013
54
In recent years, a support combat vehicle has regularly appeared at various exhibitions of weapons and military equipment. tanks BMPT, also known as Object 199, Frame, and Terminator. The original development of the Ural Design Bureau of Transport Engineering receives a lot of positive reviews, but, nevertheless, does not have significant success. The Russian armed forces still have not expressed a desire to purchase such equipment, and the only BMPT operator at the moment is Kazakhstan, which intends to receive only ten of these machines. 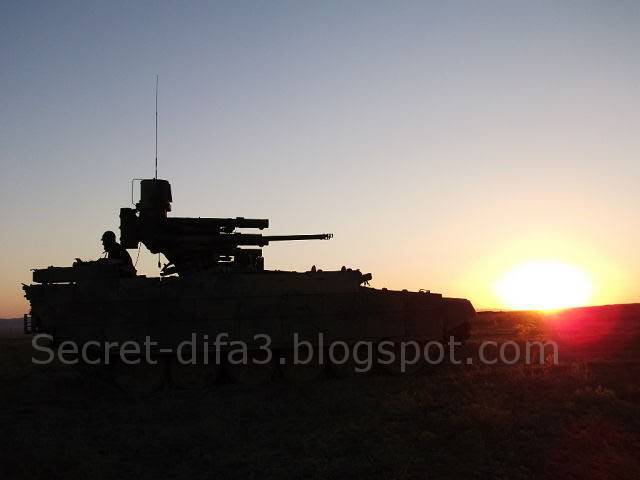 As it became known literally the other day, in the very near future, the list of BMPT buyers may increase. According to the Algerian blog Secret-difa3.blogspot.com devoted to weapons and military equipment, the BMPT machine was recently tested in Algeria. The Russian sample has passed a test cycle at the Hassi Bahbah test site. The purpose of these events, allegedly, could be preparation for signing a contract for the supply of equipment of this model. There is no official confirmation of this information yet, but the fact of conducting BMPT tests at the Algerian proving ground can say a lot.

First of all, he says that Algeria, already using Russian-made military equipment, is interested in further cooperation in this area. A striking example of this is the composition of the tank forces of Algeria: they are equipment exclusively Soviet (T-55, T-62 and T-72) or Russian (T-72 and T-90С) production. And the last at the moment contract for the supply of T-90С tanks was signed in 2011 year. In accordance with this agreement, Algeria will receive 120 tanks. Given the fact that the BMPT can be built not only on the basis of the T-72 tank, but also on the basis of the T-90 chassis (including the T-90C), one can understand the Algerian attention to this combat vehicle. 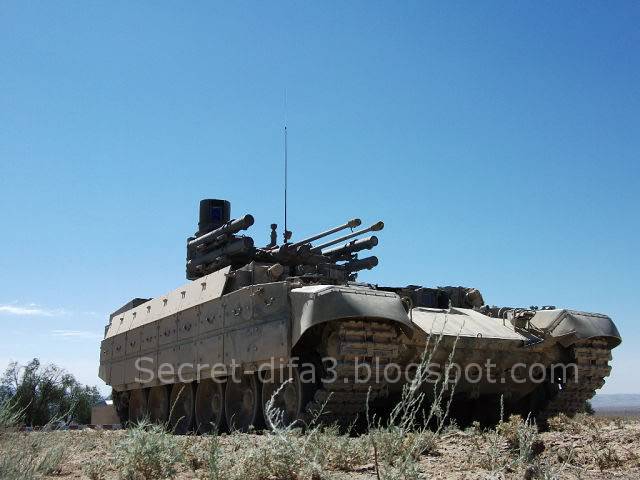 However, the main reason for which Algeria not only showed interest in BMPT, but also initiated tests on its territory, is to consider the original weapons complex. Exactly weapon is the main feature of the "199 Object", giving it the appropriate features. Recall, the tank support combat vehicle is armed with two 2А42 automatic cannons of 30 caliber of millimeters, one PKNM 7,62-mm machine gun and two AG-17 automatic grenade launchers. In addition, four transport and launch containers with missiles of the Ataka anti-tank complex are mounted on the turntable. Thanks to the use of such a wide range of weapons, BMPT is said to be able to fight a large number of different targets on the battlefield, from manpower to heavy enemy armored vehicles.

Another feature of the “199 Object” is the use of a tank chassis. The slightly modified armored hull provides crew protection at the level of modern Russian main battle tanks. Borrowing powerplant tanks and chassis in the same way affected the mobility of the new combat vehicle. Due to these factors, BMPT is able to act in some orders with other armored vehicles and perform its main task - fire support of tanks.

It should be noted that in discussions of the BMPT machine, its ambiguous fire capabilities are often noted. First of all, opponents of this project pay attention to the limited capabilities of barreled weapons. The fact is that 30-mm automatic cannons cannot fight with modern well-protected armored vehicles, and course grenade launchers do not provide adequate accuracy of fire. In the context of the combat capabilities of BMPT, examples can be given regarding recent wars, including those that occurred in the Mediterranean region. In these conflicts, regular armies had to fight insurgent formations that had specific technical equipment. Most often, the Libyan or Syrian armored vehicles were opposed by the so-called. technicals - pickup cars with weapons installed in the back. To destroy such targets, the power of 30-mm guns may even be excessive, and automatic grenade launchers and machine guns are capable of accomplishing the combat mission with guarantee. 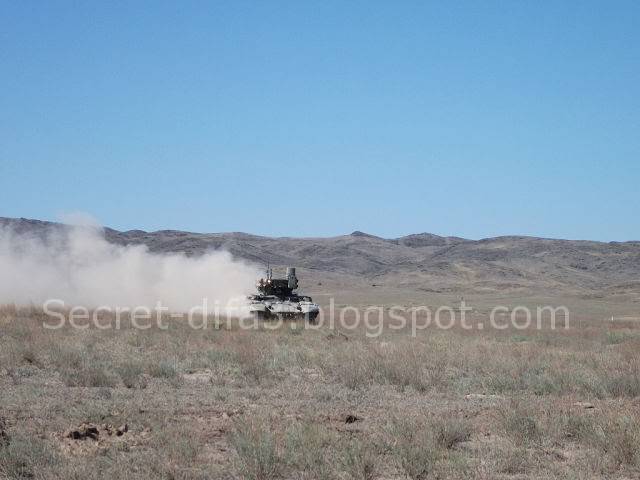 Perhaps, considering the Russian BMPT, the Algerian military take into account the situation in the region and recent trends. It cannot be ruled out that the interest in the “199 Object” is due to the nature of the latest local conflicts with active urban battles. As practice shows, even modern main tanks can not always work effectively in urban environments, including because of the composition of weapons. In other words, in a city combat, a weapon may have excess power, and the capabilities of machine guns do not always allow them to hit the target guaranteed. In this case, BMPT, armed with cannons, grenade launchers and machine guns, may be much more useful in comparison with tanks.

Yet BMPT is not a panacea. One of the most serious arguments against this machine concerns the level of protection of weapons. Guns, machine guns and rockets are located on a lightly armored turret and therefore are at increased risk. In addition, other claims are made to the BMPT, both technical and tactical.

Until recently, "Object 199", in view of the specific appearance, had ambiguous prospects. The combination of the pros and cons of this machine did not allow us to talk about the imminent adoption of it by the Russian army. In the near future, perhaps the case will finally get off the ground and the prospects for the BMPT will be clear and understandable. According to the well-known expert in the field of armored vehicles A. Khlopotov, in the Ural design bureau of transport engineering recently all wishes and criticism were taken into account. As a result, a new project called BMPT-72 (“183 Object”) appeared. Details of this new product have not yet been announced, but, according to Khlopotov, they will soon be published.

If in the modernized version of BMPT not only some equipment has been updated, but more serious improvements have been introduced, this can have a beneficial effect on the prospects of the project. However, due to the lack of detailed information, it remains only to speculate, which are likely to be far from reality. Nevertheless, even in its present state, the BMPT project may be of interest to the armed forces of some countries. Thus, Kazakhstan has already signed a contract for the supply of these machines, and Algeria conducted tests at its site. Naturally, only two countries can not be called a reason for pride or evidence of the great success of the new combat vehicle. However, the creation of the “183 Object” can drastically change the situation and allow the updated BMPT to find new buyers. I would like to hope that the new development of Russian designers, in which so much time and effort was invested, will not fill up the list of unsuccessful projects left at the stage of small-scale production.

Ctrl Enter
Noticed oshЫbku Highlight text and press. Ctrl + Enter
We are
Army Recognition: analysis of the position of Russian tanks and armored vehicles in the global arms marketLessons MAX-2015