Explosion in mumbai. Submarines are dying without a fight 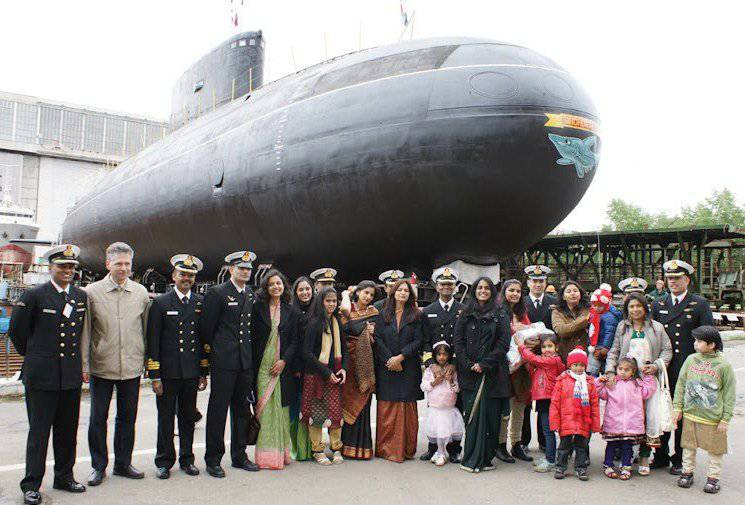 Submariners have trouble all over the world.

6 August 2013, the command of the US Navy announced its decision to dispose of the Miami submarine, heavily damaged in a fire last year during a scheduled repair at the Portsmouth Naval Shipyard.

The USS Miami (SSN-755) will be the first American submarine lost under such ridiculous circumstances, as well as the first US Navy ship since the Civil War, which took a heroic death during its dock. The Yankees have something to be proud of - Miami died, but did not lower the flag in the face of the enemy! 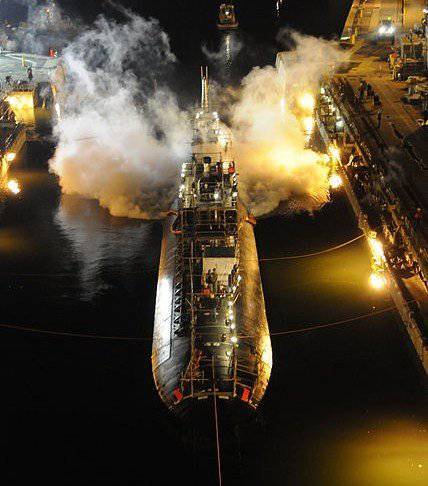 As the investigation later established, 24-year-old house painter Casey J. Fury turned out to be the “enemy” - late for a date, young Herostrat set fire to a rag in one of the rooms and with a clear heart left the workplace for fire fighting sirens. Alas, he has nowhere else to hurry - the fiery Romeo will spend the next 17 years in the dungeons of a federal prison.

And now - a new tragedy

On the night of 13 on 14 on August 2013 of the year, on the thirteenth anniversary of the death of the submarine Kursk, in the Indian port of Mumbai (formerly Bombay) a catastrophic explosion thundered on board INS Sindhurakshak (S63), a diesel-electric submarine of the Indian Navy, belonging to family "Warsaw".

It is too premature to speak about the causes, nature and consequences of the catastrophe, but already some details of the tragic accident have become known: the explosion and the subsequent submergence of the submarine killed the 18 of Indian sailors. As for the Sindurakshak itself, whose mutilated hull is still lying at the pier at a depth of 10 meters, a spokesman for the Indian Navy said in an interview with the BBC that the possibility of repairing and returning the dead boat to the system is estimated as an "unlikely event."

As it became known, “Sindurakshak” only six months ago returned from Russia, where in the period from August 2010 to February 2013, it was overhauled and deeply modernized at the enterprise Zvezdochka Center. 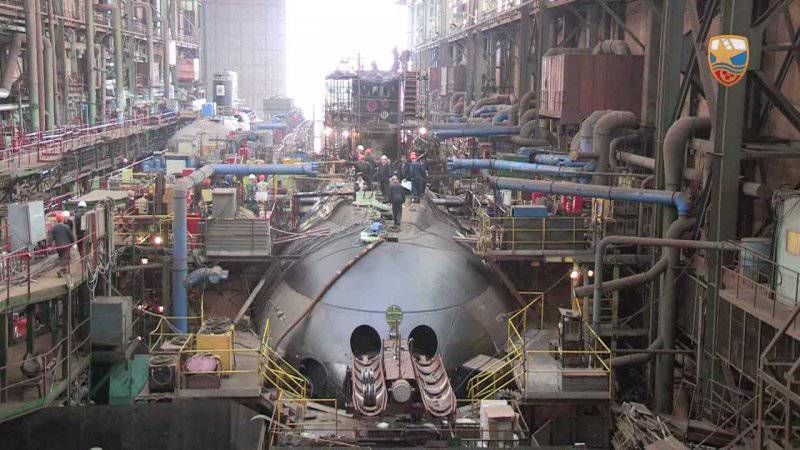 As part of the Russian-Indian contract worth $ 80 million, a range of work was carried out on board the boat aimed at improving the combat performance and operational safety of the submarine. A total upgrade of radio electronic equipment and weapons systems was carried out, Sindurakshak received a new USHUS hydroacoustic station (own Indian development), Porpoise radar, new EW equipment, radio system СCS-MK-2, controlled weapons Club-S (anti-ship and tactical cruise missiles - export versions of the family of Russian caliber missiles). The chillers were replaced, the submarine's mechanisms underwent planned repairs and upgrades - the estimated service life of the Sindurakshak was extended by 10 years, without reducing its combat capabilities. 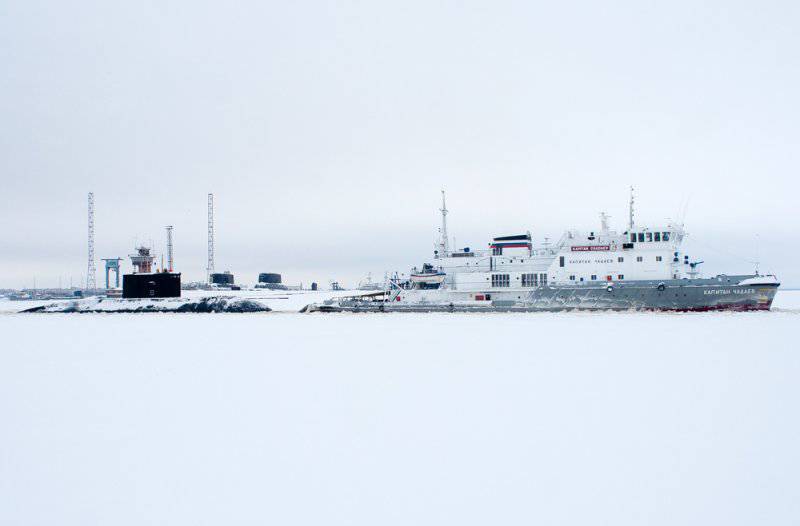 Sindurakshak returns to southern latitudes from Severodvinsk. The cuttings of two “Sharks” of the 941 project are visible in the background.
Behind vigorous reports on the number of installed systems and the results of successful modernization of the Indian submarine hides a small military secret - such an unexpected visit by Sindurakshak to Zvyozdochka shipyard in August 2010 was caused by nothing more than an explosion aboard a submarine. Simply put, the deceased Sindurakshak has already gone through a similar situation - in February, a hydrogen explosion thundered on its 2010 board (the reason was a defective battery valve). The only victim of the previous incident was a sailor from the crew of the submarine. 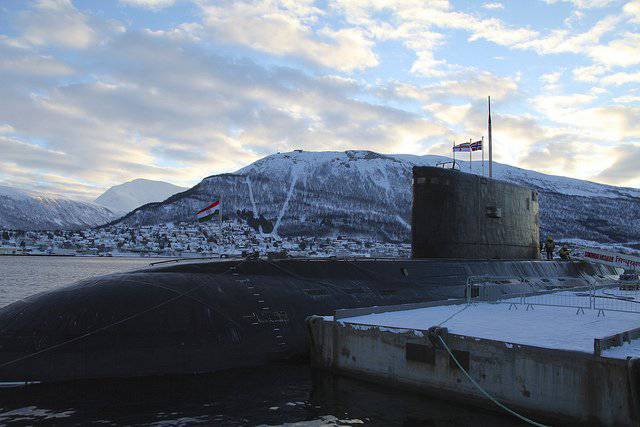 INS Sindhurakshak (S63) is one of the 10 submarines of the Indian Navy, built according to the 877EKM project (export, capitalist, modernized). Belongs to the family of "Varshavyanok".
Diesel-electric boats of this family have no analogues in the world in terms of the “secrecy” parameter - due to the absence of humming pumps of reactor circuits, powerful refrigerators and thundering turbo-gear units (steam turbines with a gearbox), the level of external noise “Varshavianok” (the so-called “ black holes) is lower than that of any of the foreign-built atomic submarines.

By the time of its death, Sindurakshak managed to serve 16 for years - the boat was laid in 1995 at the Admiralty Shipyards in St. Petersburg, launched in June 1997 and transferred to the customer in December of the same year.

The power plant is diesel-electric with full electric propulsion. It consists of two diesel generators, a rowing electric motor (5500 hp), an economic stroke electric motor (190 hp) and two backup electric motors. xnumx horsepower motors Submerged movement is provided by two groups of rechargeable batteries with 100 cells each. There is a snorkel (a device for operating a diesel engine under water when the boat is moving at a periscope depth).

- Six 533 mm caliber torpedo tubes with automatic reloading and 18 ammunition from torpedoes, mines and cruise missiles. The following can be used as ammunition: 53-65 self-guided torpedoes with passive acoustic guidance, TEST 71 / 76 torpedoes with active self-guidance on the target, DM-1 mines (up to 24 pieces), anti-ship missiles, and you will have to use the object, as if you are using a non-XMNUMX missile with a missile DM-54 (up to 1 pieces) Sea-based cruise missiles ZM14E with a range of up to 300 km are elements of the Russian Club-S complex.

- A set of Strela-9 34K3 MANPADS is used as self-defense systems. 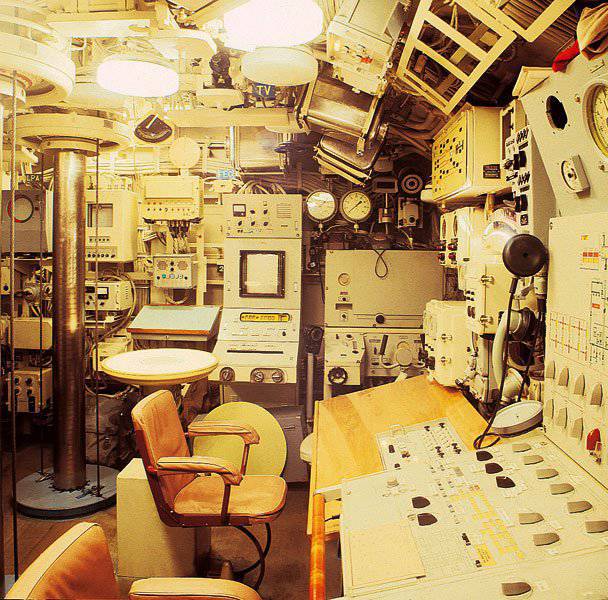 Catastrophic fires and explosions at the Naval Navy when the ships are in the shipyard, in the port, close to their shores, without any interference from the enemy - the events are regular and, I am not afraid to say, inevitable. It is enough to name only three names - the Japanese battleship “Mutsu”, the British aircraft carrier “Desher” or the Soviet BPC “Brave” to understand the full extent of the tragedies. No particular ship or class of ships is immune from such incidents.

However, the same statement is true for any field of technology - aviation, railway transport ... Neither competent operation, nor timely service, nor high-quality training of personnel can guarantee 100% protection against force majeure incidents. Various automatic monitoring and warning systems, “protection from the fool” - all this only reduces the likelihood of accidents and helps to localize their consequences.

Small fish are relatively cheap to build and operate, while extremely useful and effective - because of this, their number is usually in the tens. And this is not only about Russia / USSR, where, as is known, submariners have always been given priority - for example, by the number of atomic submarines, American sailors confidently caught up with the Russians - over the past 60 years, the Yankees riveted over 200 nuclear submarines (USSR / Russia - 250 + ). Compare this armada with the number of built cruisers or aircraft carriers, and you will immediately feel the difference.

Based on the laws of the theory of probability, the probability of occurrence of an emergency on submarines should be higher, and the misfortunes themselves should occur more often. Perhaps it is here that lies the reason for the infamous opinion of submarines, as the "steel coffins."

Probability is a ghostly and unreliable substance. Will the expected event occur? An old maxim knows only one answer: 50 to 50. Either it happens - or not, everything else - the boring and useless conjectures of theorists.

Therefore, another, no less important factor directly affecting the safe operation of ships is TECHNOLOGY.

In terms of service and operation, submarines are by no means the safest class of ships: very dense layout and accumulation on board of such gloomy things as numerous batteries, nuclear reactors and a huge amount of weapons - from primitive mines to dozens of underwater ballistic missiles - All this makes service on a submarine an extremely difficult and dangerous event.

The tight layout and limited compartment sizes make it difficult to access machinery and equipment, and the closed volume of the submarine puts the crew in front of a simple condition: any problem (fire, flooding, chlorine release from the battery) will have to be solved here and now by the number of funds - just like that, any time, to remove the upper hatch and escape, having run out on the upper deck, will not work. “Where are you going with a submarine?”

And problems on the boat often arise. The scourge of all "diesel" - toxic and dangerous emissions from the battery.
Many submariners died, poisoned by chlorine, or were torn apart by the terrible explosive power of hydrogen, which imperceptibly penetrated into the compartments during battery recharging. Already, before the official investigative activities aboard the Sindurakshak, the assumption of an explosion of hydrogen released from the batteries sounds more and more clearly - that night the battery was recharging on the boat. It is noteworthy that the first explosion at Sindurakshak was also associated with a battery failure. 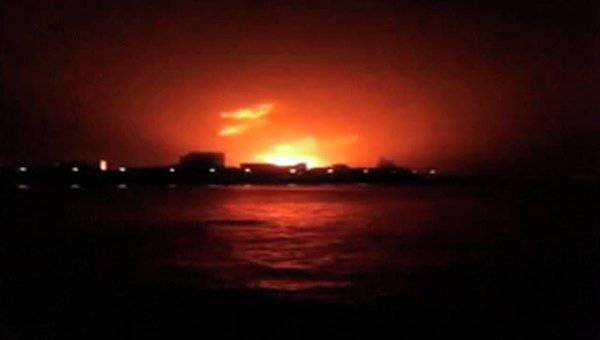 In addition to hydrogen, there are other explosive things on boats — for example, torpedo or rocket ammunition. It is with this situation that one of the worst tragedies in stories of the Russian Navy - an explosion of torpedoes on a submarine B-37 in 1962 year. The victims of the explosion were 122 people (59 - crew B-37, 11 more - on moored nearby С-350, and 52 from the sailors who were at that moment on the pier).

A day after the catastrophe, the world's media spread the message that an ammunition detonation had occurred on the Sindurakshak. Now the main task is to find out if this was the root cause of the explosion that destroyed the submarine? Or again submariners summed up the battery? And if so, then whose fault is the flaw in the Russian shipbuilders (it’s scary to think about it, until all the facts indicate that this is not so) or the inadequate use of equipment by Indian sailors ... 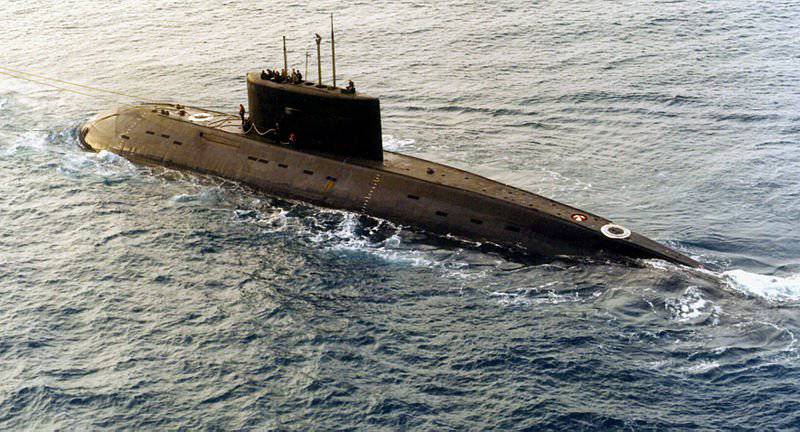 Iranian submarine type "Varshavyanka" (Kilo-class by NATO classification), Mediterranean, 1995 year
“Varshavyanka” has already been in service with eight countries of the world for 30 years - “black holes” have recommended themselves from the best side and still enjoy certain success in the international market of naval armaments. For example, the Chinese Navy has been using 12 Varshawianki for many years (877, 636 and 636М), but no serious accidents have been noted here. Now it's up to the Indian experts. The management of Zvezdochka also plans to send its own working group to the crash site.

But, whatever the conclusions of the Indian state commission, the loss of a Russian-made submarine will be a serious test for Russian-Indian relations in the field of arms supplies. No sooner had the Indians celebrated the entry into service of the frigate Trikand (29 June 2013) and rejoiced at the epic with “Vikramaditya”, which was nearing completion, followed by a new blow from an unexpected direction.

The death of Sindurakshak is undoubtedly a high-profile event on a global scale. In such cases, the main result of the work of government commissions should be the announcement of the cause of the tragedy and the development of measures to prevent the recurrence of such situations. What will tell the night bombing in Bombay? 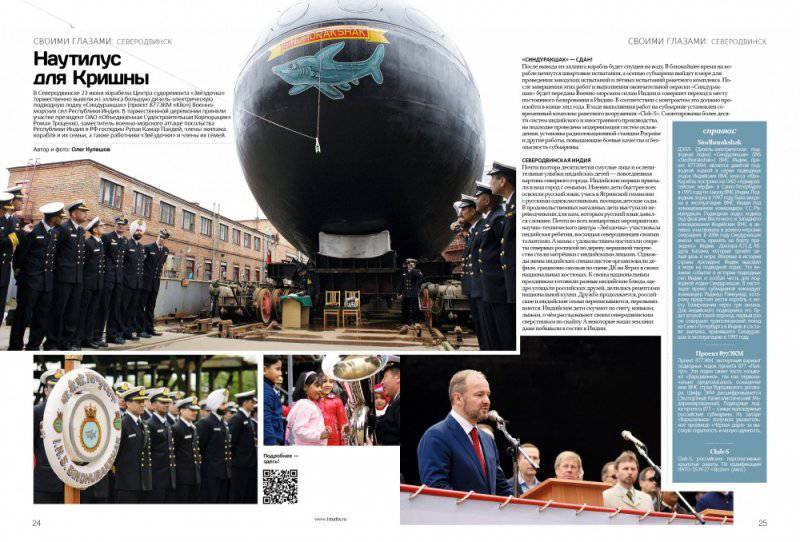