The strangest plane ever created by NASA 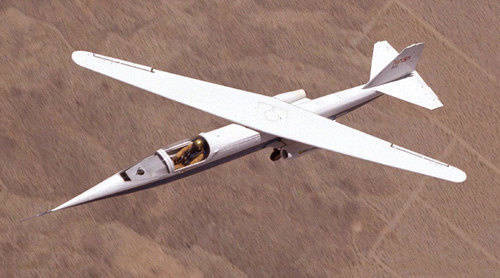 Your eyes are not deceiving you: the wings of this aircraft are beveled, and turned 60 degrees relative to the fuselage. Aircraft Slanting Wing AD-1 is the strangest aircraft ever created by NASA. But why did they make him like this?

The aircraft was designed and built by the Flight Research Center. Darth Vader Dryden, located in California, in the west of the Mojave Desert in the middle of the 1970's. Engineers were interested in the aerodynamic characteristics of such an aircraft, as well as the laws governing such a flying vehicle. What were their goals? Fuel economy: NASA's wind tunnels in Ames showed that with an oblique wing design, due to the excellent aerodynamic qualities at supersonic speeds, half the amount of fuel would be used. 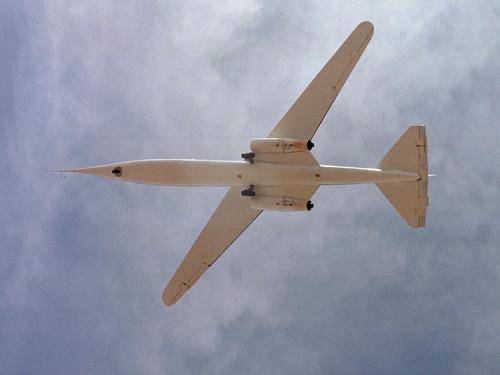 As part of the AD-1 project in the middle of the 70s, a reduced prototype with a remote control was developed. And the first manned aircraft, piloted by Thomas McMartry, took off from the 21 December 1979 ground. Everything worked. Being in a normal configuration, the plane off the ground. When he picked up speed, the wings began to rotate until they reached their optimal angle. 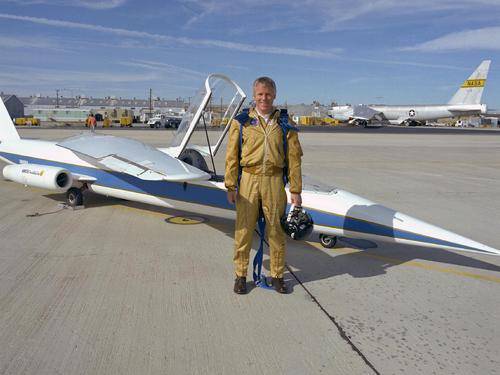 The crazy-looking aircraft performed all of its technical tasks, but its disadvantage was poor handling, starting with a turn of the wings from 45 degrees. Partly to blame for this were the materials used in its construction. Unfortunately, no further research was carried out, and the last time the plane left the ground on August 7 1982.