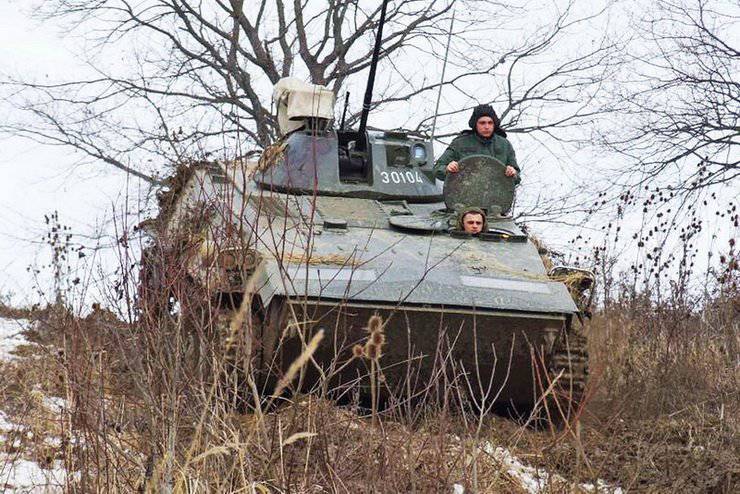 A country with the SFRY (SFRЈ) non-sounding Russian ear also moved along the path of socialism. The abbreviation stands for: The Socialist Federal Republic of Yugoslavia. It stood apart from the Warsaw Pact countries, but this did not prevent Yugoslavia from importing during the “Second Yugoslavia” weapon from Czechoslovakia and the Soviet Union. But Belgrade itself, after the economic recovery, began to design and produce weapons, since This item of income accounted for a good share of the currency in the country The armored vehicles of the initial period were represented by exaggerations from 2 World, Soviet T-34-85, Su-85 by American M4A3, М3 Scout, BTR МNUMX, etc.

The Non-Alignment Policy allowed Tito to use the experience of not only the VD countries, but also NATO. Therefore, the first Yugoslav BTR M-60 had Western roots and was similar to American cars. 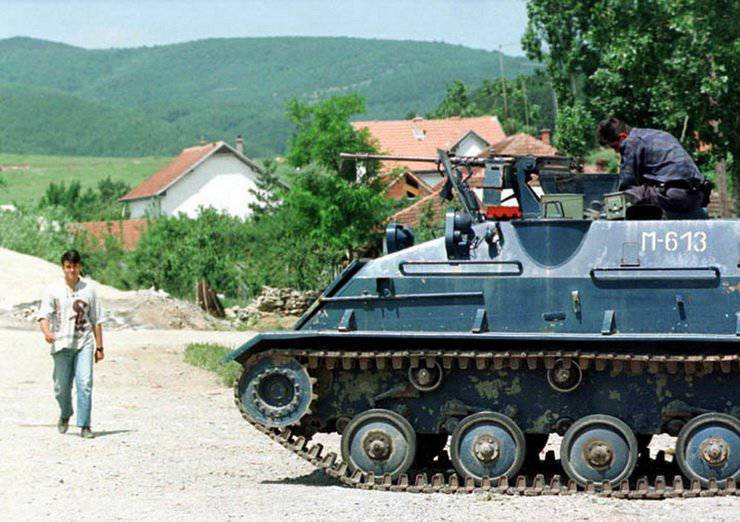 But by the end of the 60-ies, the modernized M-60Р became obsolete, especially since in the Warsaw Pact countries a new type of machine was adopted - the BMP, which began to en masse in the countries' armies of the organization from the Soviet, Czechoslovak and Polish plants. Therefore, in May 68, a large group of Yugoslav specialists specially visited a plant in Czechoslovakia (Zvolen), which was preparing for the production of BVP-1. In general, the responses of the experts were good, however, shortcomings were also noted, which were considered archaic.

Yet the Yugoslav People’s Army (JNA) was interested in purchasing this vehicle from Czechoslovakia. However, because the state was not a party to the Warsaw Pact, it was refused. Therefore, it was decided to design a car of this class independently.

The first samples of the car were designed under the code name M-980. The project involved a floating machine, weighing 11,2 t (which was exceeded during the development process), and the power plant had a FAMOS engine, hp 231 power.

However, already in the course of the project, the Renault engine was installed (formerly “Saviem”) with an 260 HP power. The choice was due to the fact that it was installed on the French AMX-10P BMP and turned out to be quite reliable unlike the local one. In addition, the French side supplied the engine with a gearbox.

By the end of 74, the testing of the prototype was completed and it was decided to make a zero batch, in the number of 18 machines. They wanted to show them at the parade, in May, 75-th, dedicated to the 30 anniversary of the victory over fascism. However, technical problems and increased price allowed to make a zero batch only 1978-year. It was put into service in 79-year under the name BMP M-80.

Installation of the French engine was a temporary solution, since one of the conditions was that the engine should be of domestic production. The choice fell on the OM 403 engine (320 hp), which is only in 100 kg heavier than the French model. Installing other engines required almost 30% rework of technical documentation. The modification was called the BMP M-80A.

It was put into service in 1981 year. But the first cars of this modification began to enter the army in 1984. The BMPs were manufactured by the FAMOS plant in Khrasnitsa, Bosnia. In total, before the collapse of socialist Yugoslavia, the 900 BMPs and machines based on it were manufactured. 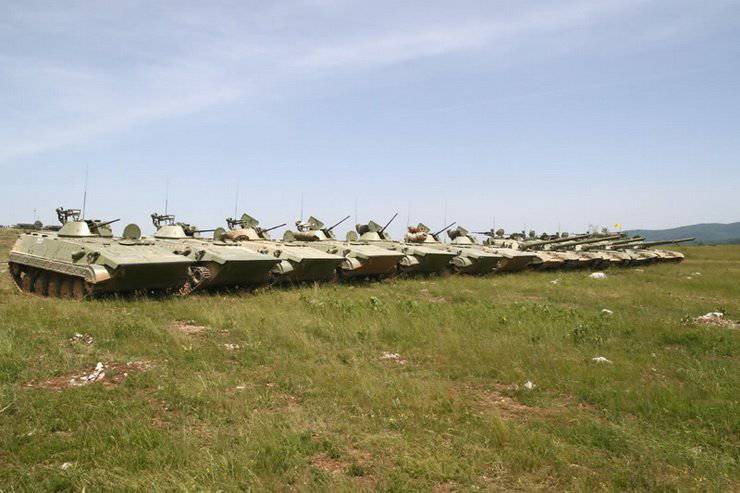 In many ways, the M-80 design is very similar to the Soviet BMP-1 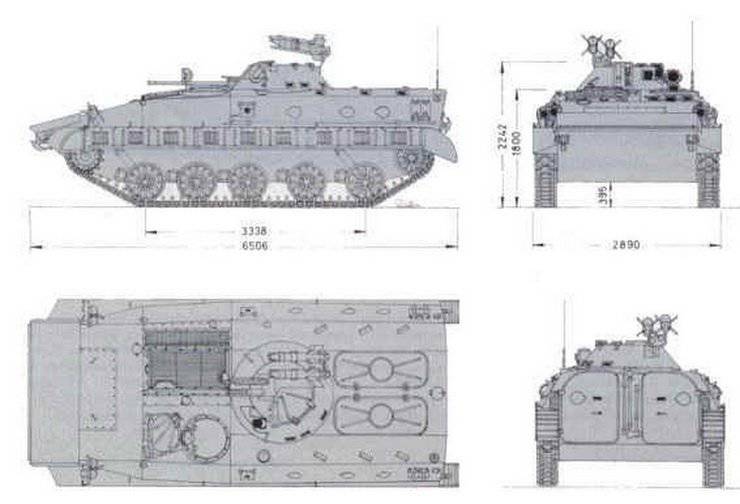 Visually, you can immediately notice that with almost the same length, the suspension is reduced by one roller. Suspension torsion bar in five rollers on board. Two upper guide rollers, front toothed drive wheel and rear tensioning.
The upper part of the caterpillar is protected by small wings-floats.

M-80A has an all-welded steel body. The front sheet is set at a large angle of inclination. It has an additional layer of armor.
Body armor, provides protection against armor piercing bullets of caliber 7,62-mm from a distance of 100 meters. Some sources claim that the front projection protects against 20-23-mm projectiles. The crew consists of three people. The driver's seat is in front of the left, the commander is behind him, and the MTO is located to the right of them.

MTO access for maintenance and repair is carried out with the help of two hatches located in the upper frontal and upper right armor plates. The driver’s seat is equipped with three observation periscopes, which can be replaced with night vision devices for driving at night. The commander has a rotating hatch turret. An infrared spotlight mounted on the front of the commander's turret is controlled from the commander's seat.

The gunner has day and night sights. Triplex periscopes are also installed on the left, right and on the back of the tower.
Yugoslav experts were skeptical about the equipment of the BMP-1 73-mm Thunder cannon. In the future, the miscalculation with the choice of weapons will make designers suggest upgrading the BMP before the war.

The single turret is located in the center of the vehicle and is equipped with an X-NUMX-mm M-20 cannon (HS 55) and an 804-mm PKT machine gun paired with it. The elevation angle is + 7,62 and the declination is 75 degrees. A large elevation angle allows these weapons to be used against low-flying aircraft and helicopters. The range of ground targets is 5 m and the altitude limit 2000 m. Ammunition 1500 / 400, respectively. However, the gun was not stabilized, and aimed fire could be fired only from short stops.

M-80 - amphibious, moving through the water (like the BMP-1) is carried out with the help of tracks; before entering the water, a water deflector plate is raised in the forward part of the hull and bilge pumps are activated. Due to the other form of the hull, the water speed is slightly increased, but the access to the shore is more difficult.

The machine has fire-fighting equipment, a filtering unit with a radiation, chemical and bacteriological protection system and equipment for the installation of smoke screens. The BMP engine provides the maximum speed on the highway 65 km / h, afloat - 7,8 km / h, while the power reserve is 500 kilometers. M-80А has a length of 6,5 m, width of 2,9 m and a height of 2,2 m. The combat weight of the car 13 850 kg. 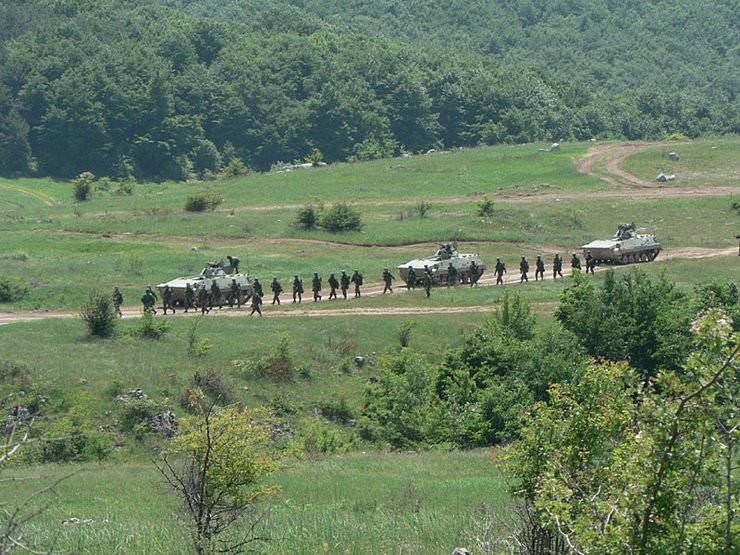 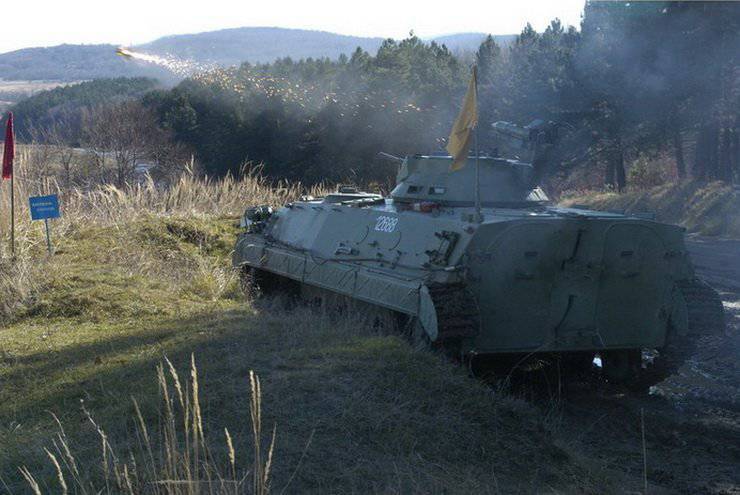 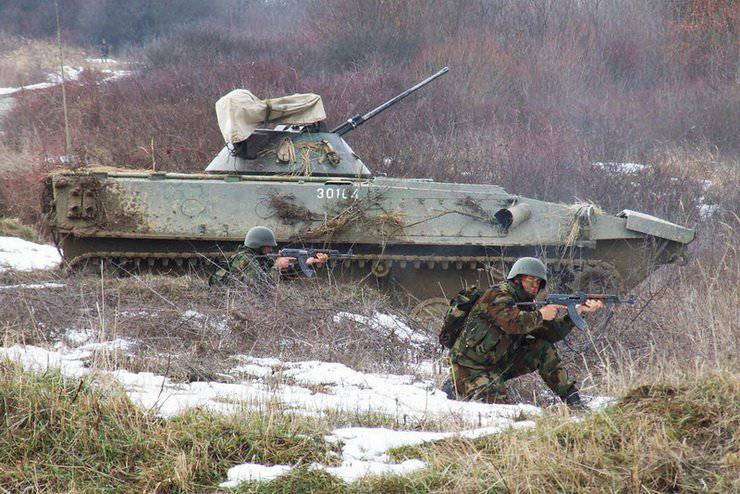 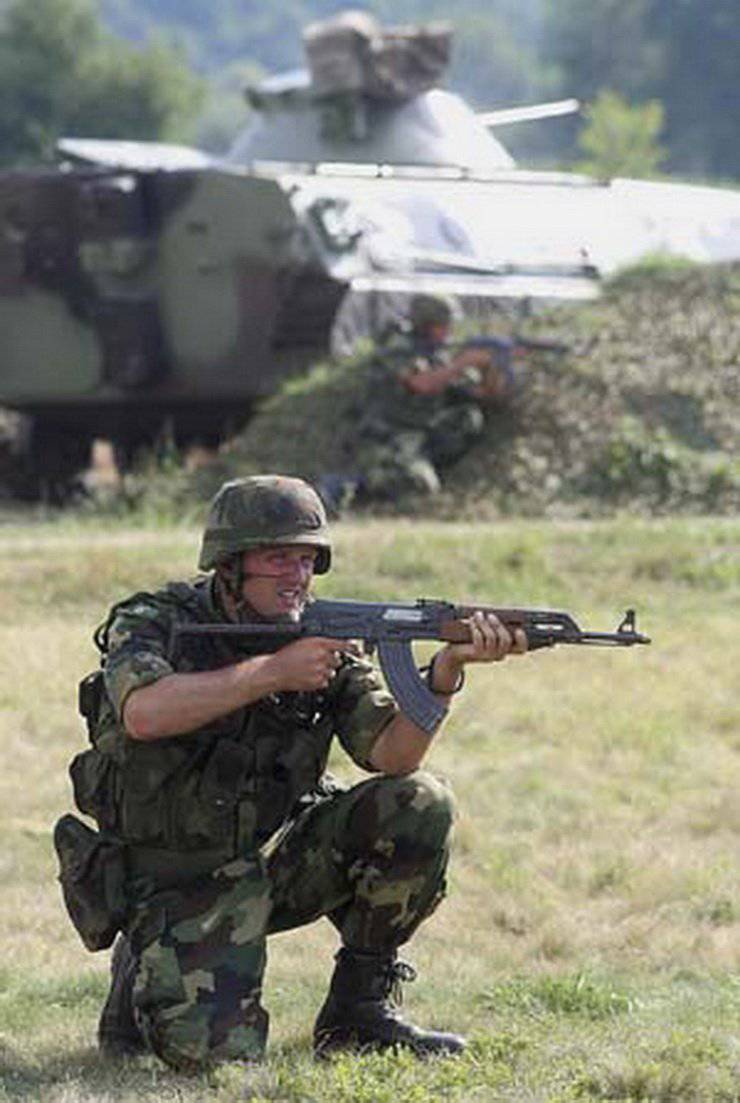 However, the 20-mm gun was rather weak. In addition, as mentioned earlier, the shooting could not be conducted on the move, and the fixed machine often turned into a target.

Outdated ATGMs were useless in close encounters with a minimum distance of 300 meters, and the gunner had a hard time controlling the first-generation missiles. As a result, their combat effectiveness was very low. Single tower also did not add benefits. All of the above disadvantages are quite natural and many of them can be attributed to our BMP-1 (2). The machine was designed for motorized rifle divisions and general combat, and was of little use for guerrilla civil war. 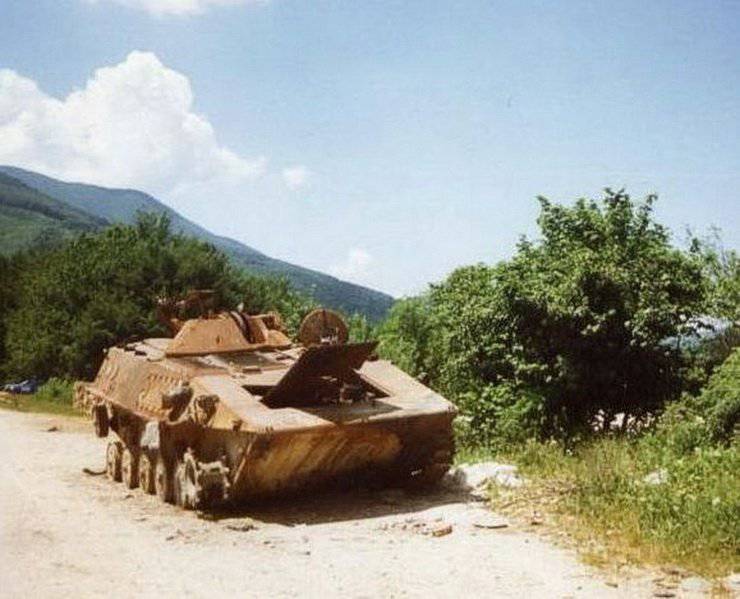 Just before the war, a new version of the BMP, M-80A1 "Otter", was developed. It eliminated the main disadvantages of the old version of the M-80: the BMP received a new Czechoslovak tower. Weapon control is now carried out with the help of the JMA, in which the weapon stabilizer appeared, which allows it to shoot precisely while moving. The 20-mm gun was replaced by the 30-mm Zasava M-86.

This gun appeared as the development of the M56 anti-aircraft gun. Two-feed Rate of fire - 600 v / min. Rate of fire: three-mode: 5, 10 shells in line and unlimited rate of fire. Ammunition 200 shells (120 OFZ and 80 - BT). Despite the impressive size of the 30x220 mm ammunition, its characteristics are generally consistent with the TTX ammunition 30x173.

The M86 cannon uses two types of projectiles: Currently, it is high-explosive incendiary (initial speed 1050 m / s) and armor-piercing (1150 m / s). The maximum range of the projectile 6.900 m and the effective firing range: for lightly armored targets 1.500м, for manpower 3.500 m the upper limit of destruction of air targets to 2.300м. Today it is known that the development of BOPS with the breaking of 11 / 10 / 8 / 5 is being conducted at various distances.

Instead of two old separate sights, a new one appeared - NS-30 / 1, where day and night channels were integrated. The efficiency of fire at night has increased 1,6 times. ATGM "Baby" got a semi-automatic control with a separate sight. The ATGM itself received two head units: high-explosive and cumulative. The minimum firing range is now 170 meters, the maximum 2800 m.

The smoke screen can be installed not only by fuel injection into the system, but also by the presence of six 81-mm aerosol grenades.
Currently, BMP M-80, used in almost all the armies of the former JNA, and the largest user is the army of Serbia. They are equipped with an 4 ground brigade in which there are 8 mechanized battalions. In total, along with the vehicles available in reserve, Serbia has 520 BMPs and vehicles on their chassis.

Today, the Serbian army is upgrading the 220 BMP M-80A to the level of M-80А1, which is called the M-98 "Otter". The difference with the pre-war modernization is the installation of French thermal imagers, X-NUMX-mm M-30 guns and new ATGMs.

In June, 2013 was in talks with the Ukrainian side on the joint modernization of ATGMs in the BMP and ATGM (s). Previously, such negotiations were with Russian colleagues. Details of both negotiations are unknown. 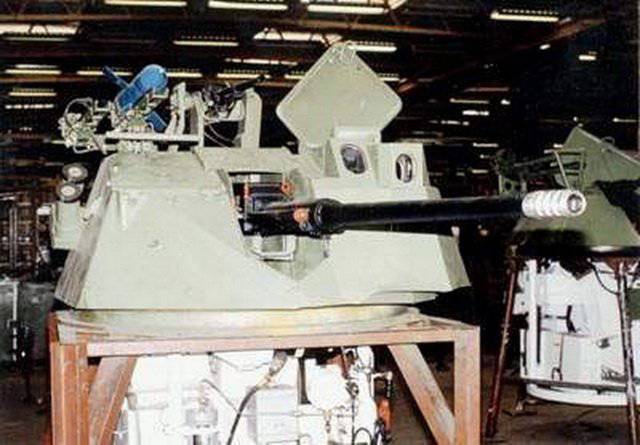 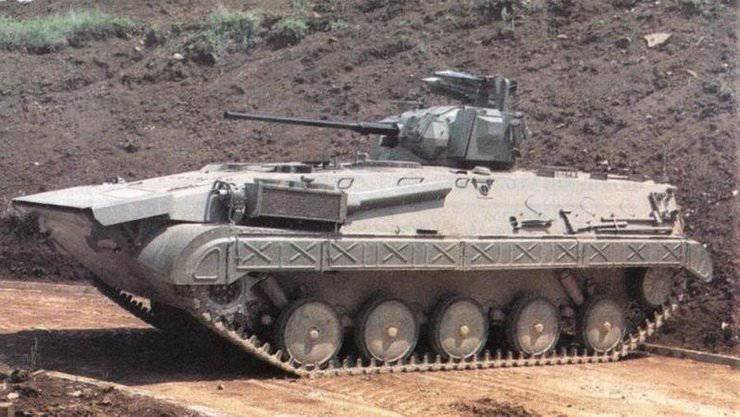 Machines based on it

M80A KC - KSHM company commander, based on the M80A (version equipped with an additional communication device).

M80A SPAT 30 / 2 - 30-mm twin anti-aircraft self-propelled unit. A new turret with twin M-86 cannons was installed. Observation sighting devices can be optical J-171, or more modern digital with optical zoom on a Motorola 6800 processor. However, at the end preference is given to the BOV-4 4X3 wheeled. 4 prototypes on tracked base, were shown at the 1985 parade year. Currently, development is discontinued. However, the project is not devoid of meaning in the continuation.

MOS - Self-propelled minelayer on the basis of М80А. 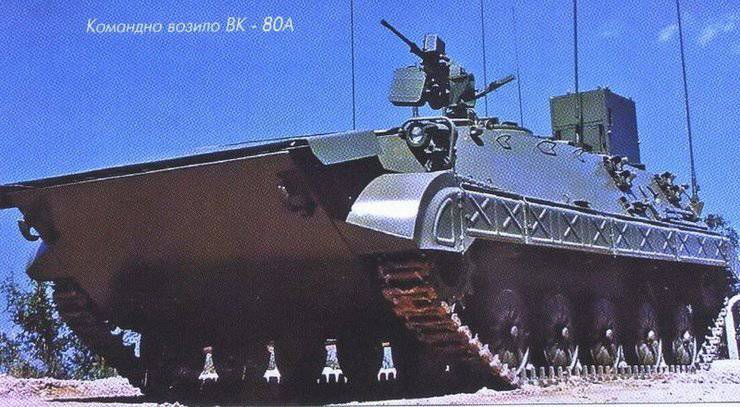 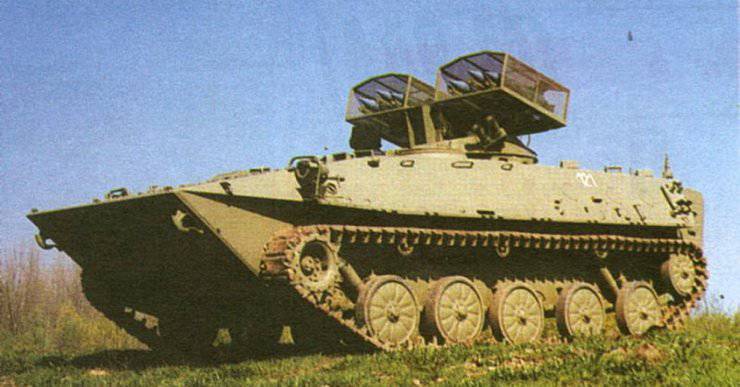 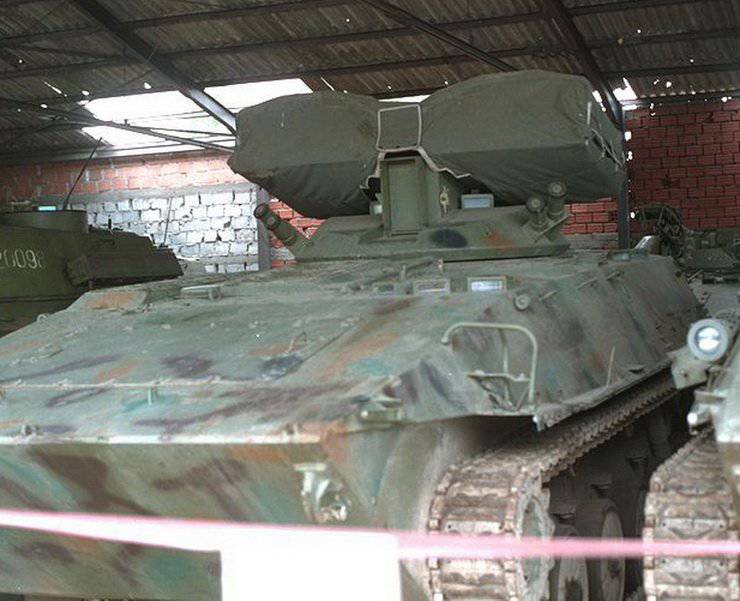 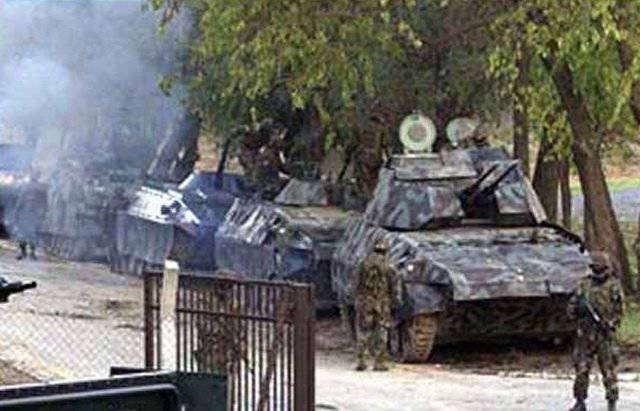 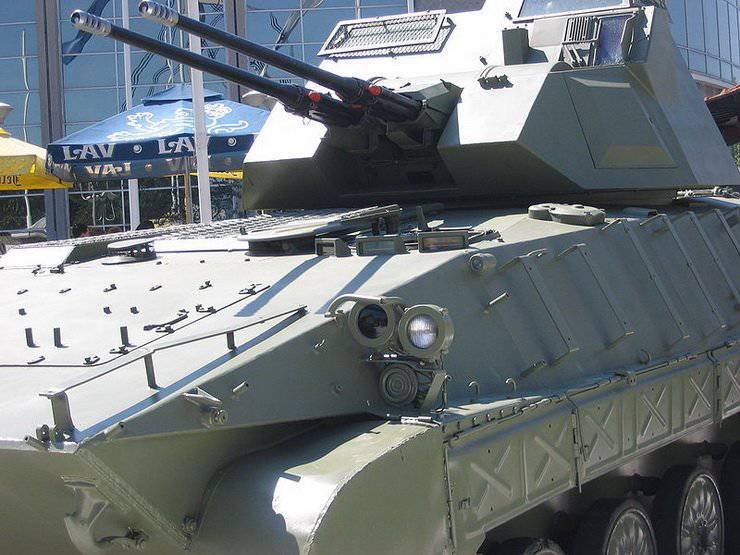 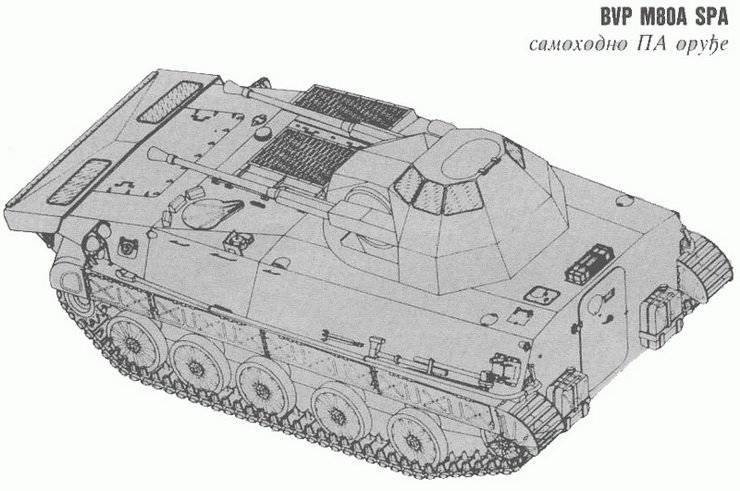 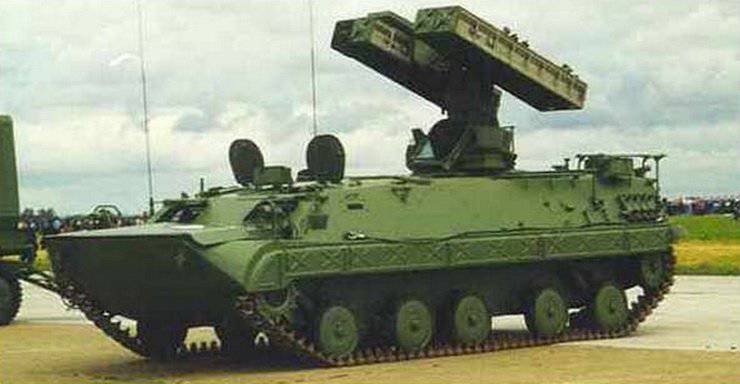 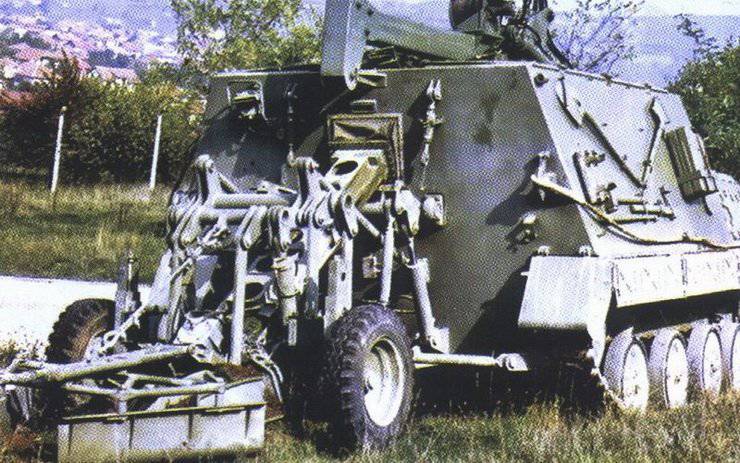 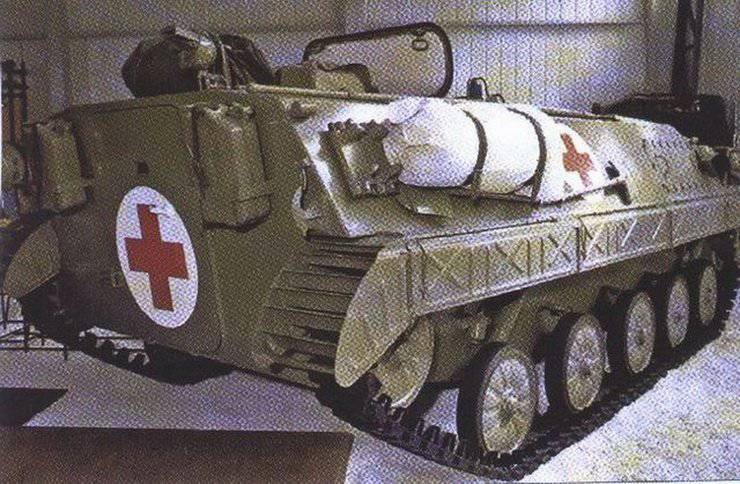