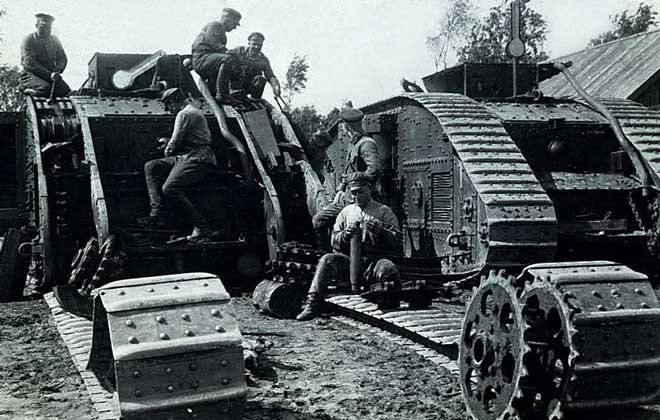 A characteristic feature of the modern world order is its unipolarity. With the United States at the head of the world. To its triumph America has come in two stages. On the first, she dismissed England from the political Olympus, taking him along with the Soviet Union, on the second she destroyed the USSR. This article will consider the first round of the cold confrontation between England and America in the first half of the 20th century for the sole world championship.

In early 1901, Queen Victoria died. Following her into oblivion, not only the brilliant Victorian era was ready to follow, but also the whole “good old England”. The successful confrontation between the Boers and Great Britain showed the impossibility of its confrontation with its eternal geopolitical opponents - France and Russia. Even worse, after the industrial upheaval, young players full of energy and energy joined the Great Game veterans - the USA, Germany and Japan. Although London continued to be a global financial center, the United States and Germany pushed England to third place in terms of industrial production. In both America and Germany, the construction of fleets began to challenge the power of the British fleet. Even worse, the era of colonial conquests came to an end, and there was nowhere to direct their greedy aspirations. The Great Colonial Redistribution was brewing, and the British Empire, with its vast territories over which the sun had never set, was becoming a tasty prey. Even worse, brilliant isolation threatened England to turn into forced isolation. And many times, the British rescue policy to pit their environment this time gave an unfortunate failure.

According to P.N. Durnovo "France was secured by an alliance with Russia from the attack of Germany, the latter was tested by Russia’s peace and friendship from the desire for revenge from France, Russia was necessary for Germany to maintain good relations with her - from the excessive intrigues of Austria-Hungary on the Balkan Peninsula." Due to the impossibility for Japan to get money in England during the Anglo-Boer War, Japan tended to a Japanese-French-Russian agreement based on a French loan offer from Japan. It remains only to engage the historically hostile United States in the anti-British orbit of Britain, and the position of England became simply hopeless.

In this situation, the actions of the British were decisive and lightning. Taking advantage of the aspiration of the United States of America to the sole world domination England during the negotiations of Japan with England and Russia on the union agreement 18 of November 1901 of the year in exchange for subsidizing Japan gave America unlimited rights to build the Nicaraguan channel between the Atlantic and the Pacific Ocean, thus completing almost four years Anglo-American diplomatic bargaining. The Anglo-Japanese alliance received its financial security and 30 was concluded on January 1902.

Following America and Japan, France fell into the arms of England. In June 1902, the French sold the concession, work performed and significant equipment to the Panama Canal company USA, after which they decided to build a canal on the Isthmus of Panama. In November, the United States, with the help of French citizen Philip Byuno-Varilla, deposited Panama from Colombia and signed a land lease agreement with the independent Republic of Panama for the construction of the Panama Canal for a period of 1903 years. 100 February 9 of the Year Japan attacked Russia, and already 1904 of April 8 of the year France concluded agreements with allied Japan, England on the division of spheres of influence in Africa, which undermined the principle of "brilliant isolation" in Europe itself.

As a result, in the Russian-Japanese war, Russia was supported only by Germany. As Alexander Shirokorad notes, “2-I and 3-I Pacific Squadrons passed by dozens of French ports in Europe, Africa and Asia. But our brave allies didn’t let our ships go to any of them. Russian squadrons managed to reach the Far East solely through the help of German supply vessels, primarily coal miners. Few people know that the German sea tug Roland was sunk by Japanese ships in Tsushima along with our squadrons. ”

As is well known, “the Russian Empire was unable to wage a war with Japan.” At the same time, "the Japanese rulers, despite the successes, also could no longer continue the war." The prisoner mediated by Roosevelt of Portsmouth did not bring any political dividends to the United States. 12 August 1905, before the conclusion of the Peace of Portsmouth, England and Japan signed a new treaty, already against America itself,.

After the separation of America, England agreed with Russia in 1907 on the division of spheres of influence in the East. Thus, a group of powers of the tripartite accord was formed — the Entente, with England’s dominant influence, after which “a clash with the powers grouped around Germany became, sooner or later, inevitable.” In 1911, England, by concluding a treaty on general arbitration, unsuccessfully tried to eliminate its contradictions with America and keep it from coming closer to Germany.

The next step of England was the Great War directed by her not to redistribute the colonies, to which Germany was striving, but to their new creation. First of all, in Russia. “Already during the war, England and France promised Russia to Constantinople, while they themselves concluded a secret separative agreement, under which they mutually promised not to give the Straits to Russia in any way. Moreover, both London and Paris hatched plans for the division of the Russian Empire after the defeat of Germany ... For the first time in stories Russia fought not for the accession of some territories, but for its own dismemberment! ”

The war was protracted, bloody and for several years completely exhausted human and raw material resources of the warring countries. In February, 1917, on the eve of the grand Allied offensive and Russia's seizure of the Black Sea straits in Russia, suddenly, starting with spontaneous events, a revolution occurred, after which the Russian front cracked and the Allied offensive failed. Following this, according to Guido Preparat, Britain was already close to defeat, and on this basis in April 1917, the United States entered the war, which could not prevent the money they had lent to Entente for huge purchases of military materials. Following Russia's withdrawal from the war after the October Revolution 1917, and the conclusion of the Brest-Litovsk Separate Peace Treaty from March 3, 1918, Germany, followed by Austria-Hungary, Turkey and Bulgaria, found a second wind.

“In June 1918, the German army broke through the defensive lines of the Allies and ended up in 50 miles from Paris.” However, the Allies, having sustained the blow themselves, "went over to the offensive, and suddenly the German military machine began to fall apart." October 28 The 1918 in Kiel began a rebellion in the German navy, and a revolution broke out in Berlin on November 9 in Berlin. On November 9, an armistice agreement was signed, and in January 11, the German revolution was crushed with merciless cruelty.

The First World War, Britain was brought to the brink of bankruptcy, her title of economic and political leader challenged her creditor - the United States. However, at the Paris Peace Conference, Wilson failed to win recognition of America from England. He put forward the idea of ​​creating a League of Nations called upon to preserve the universal world under the dominant position of the USA, but was defeated. The dominance of England and France in the League of Nations, the charter of which was an integral part of the Versailles Treaty, did not suit the US ruling circles, and the Senate refused to ratify it.

As a result of the post-war reconstruction on the ruins of the Russian, German, Austro-Hungarian and Turkish empires, either new states were recreated or for the first time created. Moreover, if England and France, having achieved a significant increase in their territories, were interested in their preservation, then the young countries were interested in increasing their borders and creating Great Finland, Poland, Hungary and Romania.

The main opponents of Germany in the First World War, England and France, under the cover of the mandate system, significantly increased their colonies, with England securing the first place among the colonial powers. By the 1923, the English ownership was approximately 60% of the territory and 70% of the population of all colonial possessions in the world, and France - 20% and 10% respectively. Having neither political nor economic opportunity to keep its swollen wealth intact, England went on the way of organizing a crusade against Soviet Russia under the pretext of fighting Bolshevism in order to satisfy the hunger of countries wishing to increase their prestige and expand their borders.

Apparently, the articles of the Versailles Treaty on the payment of enslavement by Germany, the withdrawal of colonies and lands with a predominantly German population from its structure were accepted by England for the sole purpose - in exchange for the cancellation of reparations, the return of the Sudet Germany, the Polish Corridor and the colonies . Under such a confluence of circumstances, Germany’s allies would have had to come to Czechoslovakia and Poland, which in compensation for their territories returned to Germany would receive a part of Soviet territory. Participation in the march to Russia would gladly accept, at a minimum, Finland and Romania.

It is noteworthy that under the terms of the Versailles Treaty, the security of the borders of the western neighbors of Germany, Holland, Belgium and France was ensured by the occupation of the Entente forces on the left bank of the Rhine for a period of 15 years and demilitarization of the territory on 50 km. east of the Rhine, as well as the destruction of all the fortifications of Germany in the West, while the security of the borders of the eastern neighbors of Germany, Poland and Czechoslovakia, was not only guaranteed, but with the preservation of southern and eastern fortifications in Germany, a springboard for the campaign to the East was created.

In the summer of 1919, the German Social Democrats, under the threat of a military invasion of the victorious countries, acknowledged the hardest conditions of the Versailles Treaty, according to which Germany lost part of its territory, all its colonies, agreed to pay reparations, liquidate the efficient army and navy, and with it sovereignty. During the Soviet-Polish war, England tried to turn Germany against Soviet Russia, but was decisively rejected. In turn, America, having arranged Kapp for the coup, tried to restore the Versailles status quo, but the Germans did not support them, choosing their own path of friendly relations with Soviet Russia. Ultimately, in August 1921, the United States concluded a separate agreement with Germany, almost identical to Versailles, but containing no articles on the League of Nations, thus completing the first round of its cold confrontation in the first half of the 20th century with England for individual world domination.

Thus, in the first quarter of the 20th century, Great Britain, having destroyed the emerging anti-British alliance, was able to triumphantly overcome the crisis of the beginning of the century. At the same time, having fulfilled the task minimum, she could not solve the problem maximum - to turn Russia into a colony, thereby strengthening her position as a world hegemon and filling the colonial hunger of her restless and seething environment literally as a hive. As a result, the second round of England’s cold confrontation with America inevitably began.

Ctrl Enter
Noticed oshЫbku Highlight text and press. Ctrl + Enter
We are
What you didn't want to know about EnglandA.A. Prokhanov on Echo about Berezovsky, Navalny, the hero of labor, about Bashar Assad, about Syria, Libya, Korea
Military Reviewin Yandex News
Military Reviewin Google News
16 comments
Information
Dear reader, to leave comments on the publication, you must to register.