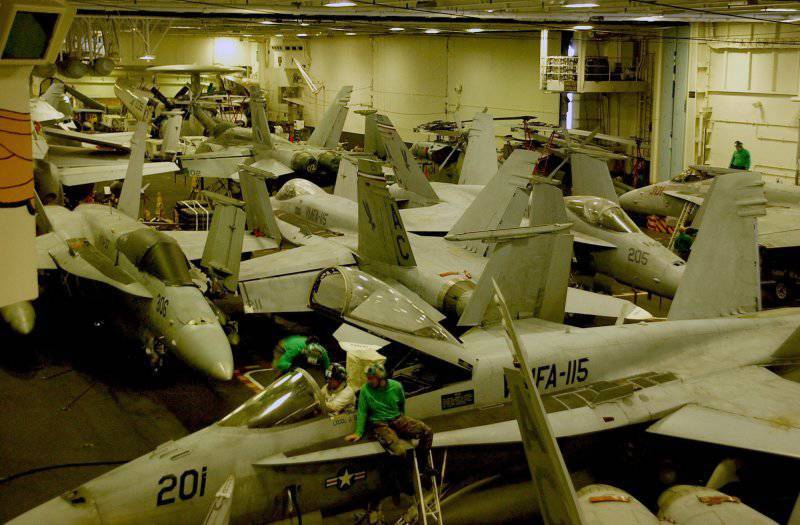 In conclusion of this article, I would like to express my opinion on a number of issues raised in the discussion of deck carrier groups earlier.
In the aircraft carrier hangar, the 36 airplanes and the 10 helicopters are strung out, where to shove all the others? 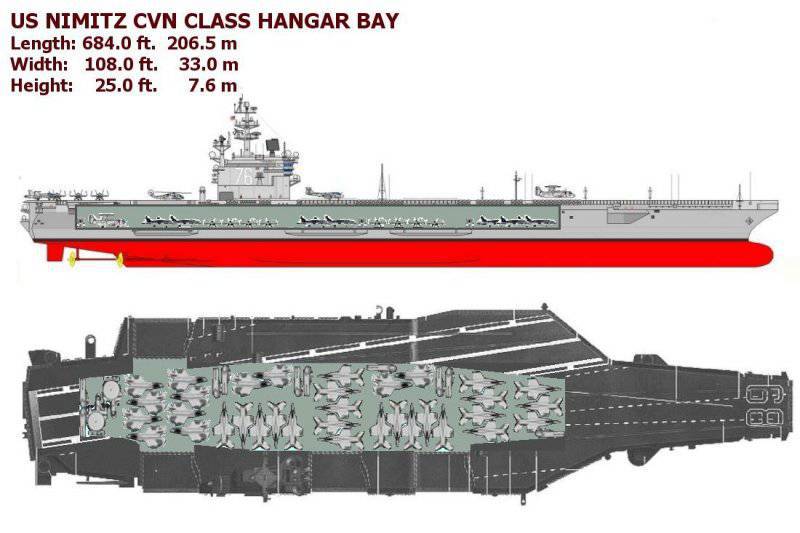 We look at the diagram below. 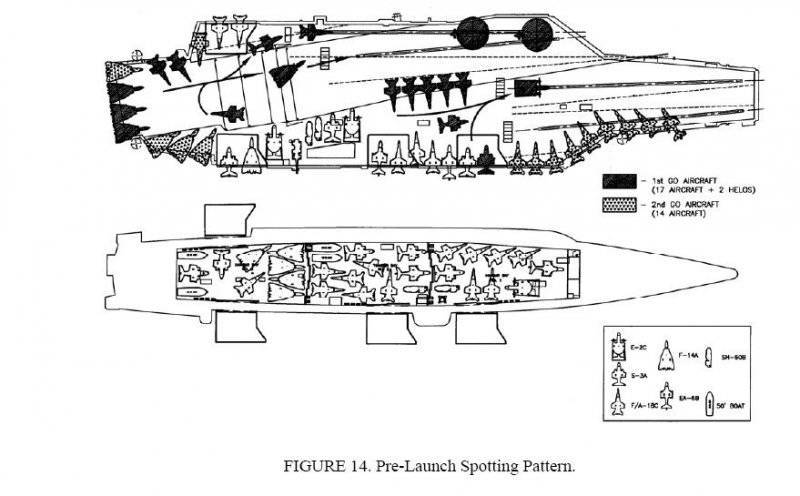 And in the photo 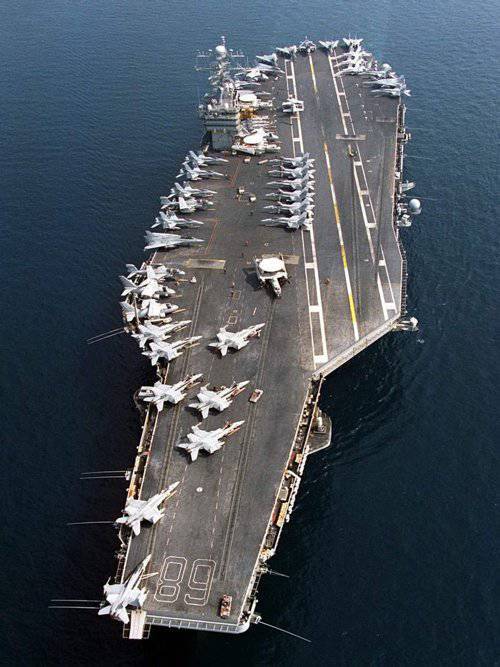 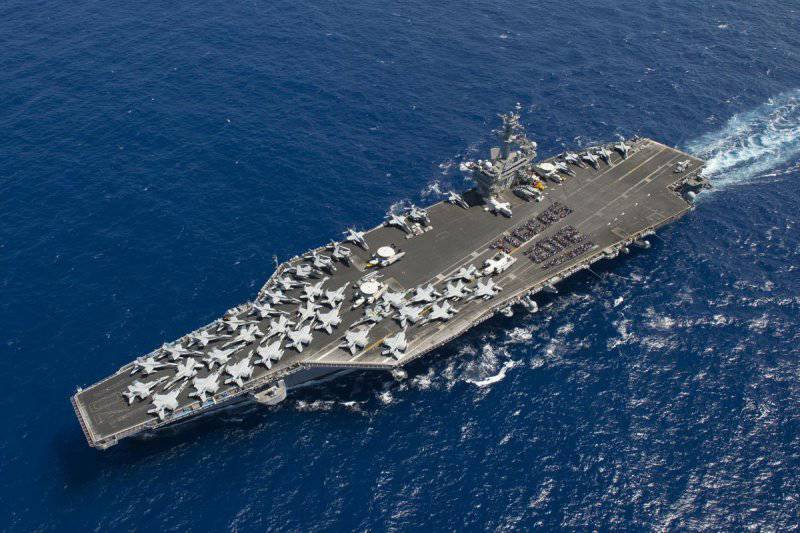 They are on the deck of more than fifty.

Those. In addition to 36 aircraft and 8 helicopters in the hangar on the upper deck you can place at least another 40 aircraft and a couple of helicopters. - do not have to clean up in the hangar for the organization of takeoff and landing operations. At the same time, the hangar will be crammed until it stops, but if it is necessary to organize the rotation of cars - who prevents to lift a dozen aircraft from the hangar (bringing their numbers on the deck to 50) and then remove those that need repair, for example?

Aviation can not be stored on the flight deck, open to all winds - it can be thrown into the ocean, damaged, in addition, sea air is harmful to the internal filling of aircraft.

Let's start with the simplest thing - the height of the board of the Nimitz type aircraft reaches 30 meters and it is extremely difficult to wash anything off its deck. Is that a giant wave-killer or a monstrous typhoon ... Pitching also can not throw the plane - special mounts are designed for it on the flight deck (by the way, planes on the hangar deck are also needed, the presence of the hangar does not save the hangar itself). Of course, planes open to all winds still suffer more damage than those hidden in the hangar, in which even the air is conditioned, but ...

Here is the deal. If the aircraft carrier is going on a peaceful march - it really does not have to carry the entire air group with it, half more than enough to train all the pilots of the full air group, and to participate in most exercises, as well. Therefore, it is likely that we often see pictures of American aircraft carriers with an almost empty flight deck. 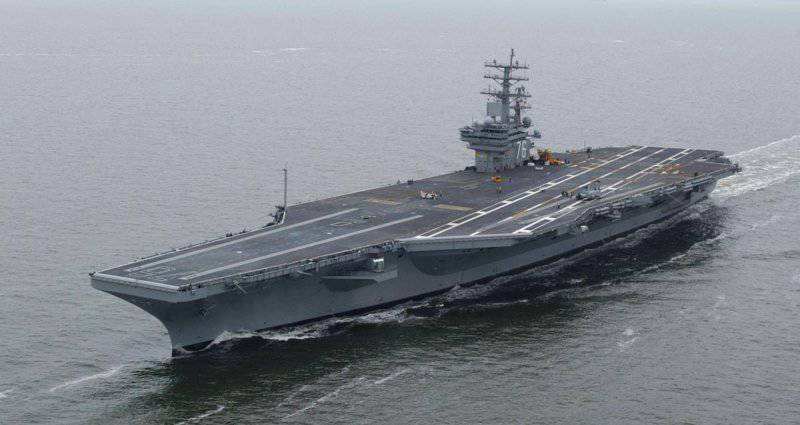 But if an aircraft carrier goes to war ... will anyone really be bothered by the increased wear and tear of the aircraft attached to the flight deck? It’s doubtful that the war includes completely different criteria. And in order to keep such delicate things as, say, turbine blades from external influence, is it really impossible to invent any airtight covers on the nozzles and so on?

Airplanes in the hangar are made up like sardines in a bank; as such, they cannot be serviced or moved.

In fact, airplanes are drawn up right from the time of the first aircraft carriers. Here, for example, is the location of the Japanese Akagi air group. 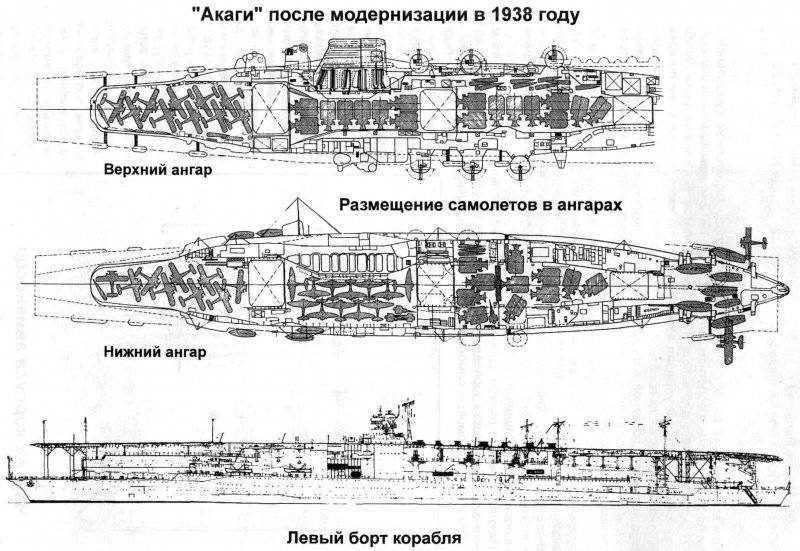 But a small collage - real photos of the planes (he didn’t deny himself the pleasure and put a photo of the flight deck of an aircraft carrier from the Second World War before the start of the planes - if someone thinks that it’s close to Nimitz, look here) 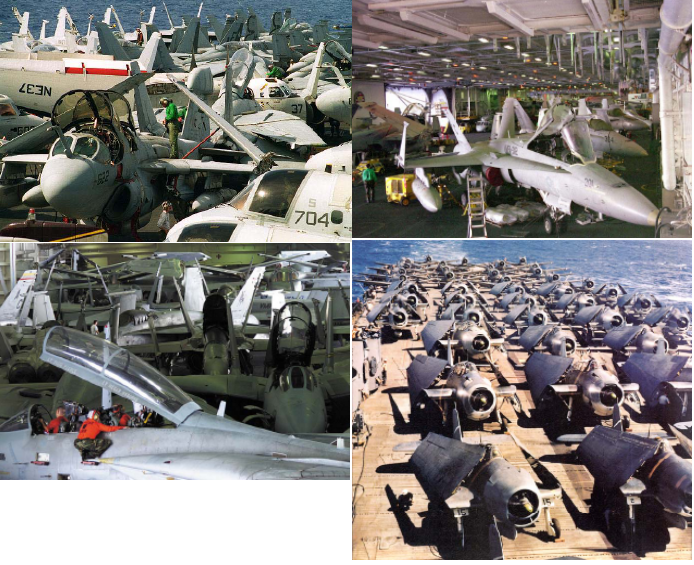 Despite the hustle, it is quite possible to serve the aircraft - the fact is that under the wing of the same “Super Hornet” a person of average height can easily accommodate - there are no problems 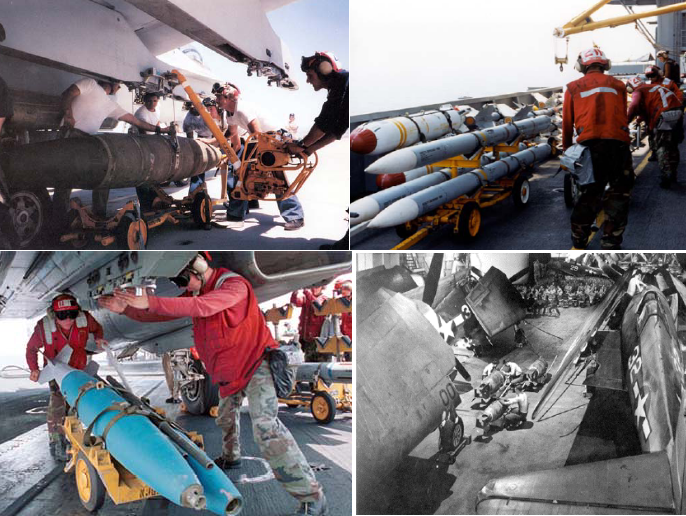 So there are no problems with the service. With transportation, there is, but this is the case - with the aircraft carrier 4, and if you try to group, say, “Hornets” from one, “growlers” from another, “Hokai” and the third, etc. then, in principle, it is possible to raise exactly what you need at the moment.

In the photo, are the planes in the pre-launch positions with folded wings, when will they have time to spread their wings and hang up the ammunition before the start? Time is no place!

The "Tomkatov" wings do not fold, so there is no problem with them. But the folding wings of the "Hornet" 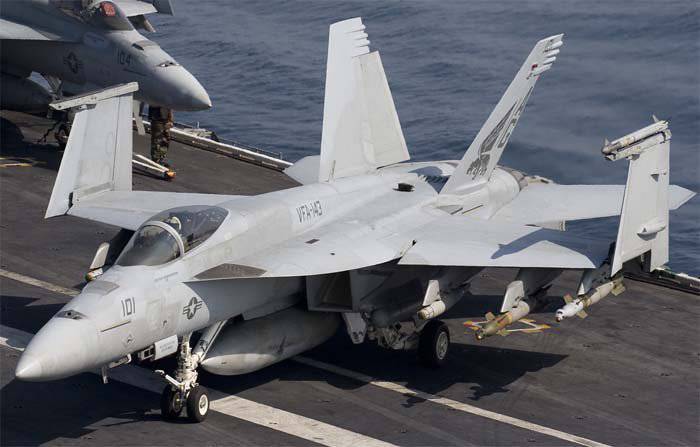 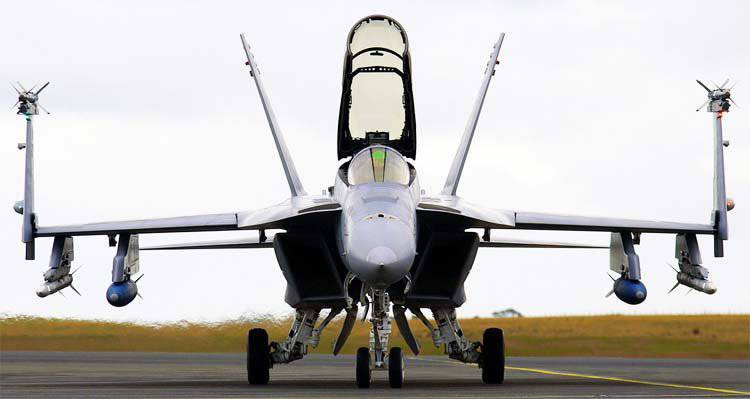 As it is easy to see, the main armament is mounted on the “non-folding” part of the Hornet’s wing. The very process of folding the wing happens very quickly and automatically (the very first video in the first part of the article - “Hornet” reveals the wings, having already entered the catapult)

Many thanks to everyone who mastered! :)

Ctrl Enter
Noticed oshЫbku Highlight text and press. Ctrl + Enter
We are
Startup cycleSome features of the actions of carrier-based carrier aircraft of the Nimitz type (part 1)
233 comments
Information
Dear reader, to leave comments on the publication, you must to register.