Export of Ukrainian weapons: 2012 results of the year 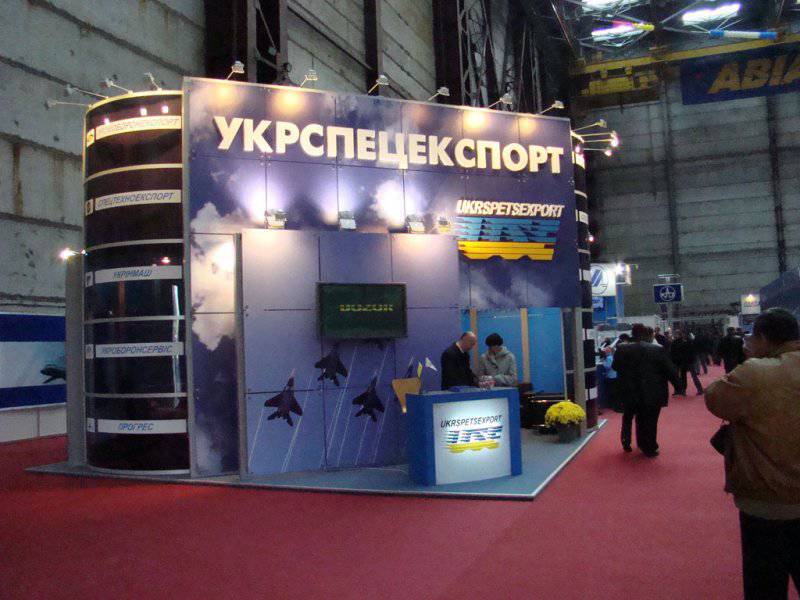 According to information posted on one of the specialized Internet resources, Ukraine continues to hold high positions in the export of weapons and military equipment. In 2012, the country ranked fourth among the major exporters weapons in the world. These data were published by the Stockholm International Peace Research Institute. Recall that in previous years, Ukraine was not even among the top ten exporters of weapons, occupying 11-12 places in the overall rating and providing only two percent of world exports. According to Nikolai Sungurovsky, director of military programs at the Razumkov Center, such a sharp and significant increase occurred, apparently due to a contract with China, according to which the Ukrainian side pledged to deliver air cushion ships to it. So, in particular, in April 2013 of the year, the first landing ship “Zubr” was sent to China. The second ship of the same class will be sent to the destination until the end of the year.

In total, supply volumes were estimated at 1,34 billion dollars, while the state concern Ukrspetsexport announced the lower amount of 300 million dollars. According to Sungurovsky, the presence of a difference in the volume of state and independent assessments is surprising in itself, since official sources, as a rule, bring larger sums than independent sources. This is due to the fact that international experts do not take into account the majority of components, light weapons and small arms.

According to Sergey Zgurts, an expert at the Center for Army Studies, Disarmament and Conversion, America, along with Germany, are the main purchasers of small rare weapons.

It should be noted that these countries and previously engaged in buying small arms from Ukraine. So, in particular, only in 2011, America bought more than 143 thousands of weapons (carbines and rifles), and Germany - about 53 thousands of units of the same weapon.

It must be said that Sudan is a fairly large buyer of Ukrainian technology. In addition to small arms, the state received 1 armored personnel carrier BTR-70, 10 T-72 tanks, and 14 BMP-1. In addition, Sudan bought dozens of recoilless guns, 8 11 122C2 1 self-propelled 30 mm howitzer and 2011 anti-tank rifles and grenade launchers from Ukraine and 5. Sudan has been purchasing Ukrainian weapons before. So, in particular, as early as in 55, the state purchased a 4 T-72 and XNUMX tanks a dozen T-XNUMX tanks. It should be noted that there are special restrictions on the supply of arms to Sudan. However, as reported in the Export Control Service of Ukraine, all contracts with this state for the supply of arms were concluded exclusively with the legal authorities. And according to the conviction of the First Deputy Chairman of the National Security and Defense Committee A. Kinakh, Ukraine adhered to all the procedures provided for in international agreements.

In addition to armored vehicles, artillery and small arms, Ukraine is also engaged in the export of missile weapons. The main buyers of this type of weapon were Israel and the United States. For example, the Israeli side purchased 120 guided anti-tank missiles and more 190 missiles for man-portable air defense systems, and America more 135 missiles for MANPADS. According to S. Zgurts, the Americans, in the same way as Israel, are purchasing Soviet Igla and Strela complexes in order to work out the main methods of protection against Soviet-made MANPADS used in Afghanistan.

There is another study on Ukrainian military exports. Its author is a political expert Vladimir Matveev. According to him, about 47 percent of all Ukrainian military exports go to Asia, about 23 percent to African countries, another 21 percent to CIS countries, about 6 percent to European countries, and only about 3 percent to both American continents. The main exporter of military and special equipment in Ukraine is the concern Ukrspetsesport, which currently cooperates with 78 countries of the world. At the same time, its largest partners are India, China, Iraq, Russia, Thailand. Qatar and Saudi Arabia also buy weapons from Ukraine.

In his study, Matveyev notes that in the context of the fact that inexpensive obsolete weapons and equipment prevail in Ukrainian military exports, the head of state V. Yanukovych outlined the main task of reforming the defense industry complex in April of this year, namely, to start the production of Ukrainian military equipment and modern weapons, so that they are not inferior to world counterparts in quality and technical characteristics. However, the author further notes that the image of Ukrainian-made products, as well as the competitiveness of the defense complex itself, were largely affected by lack of control, transparency and the presence of many corrupt schemes.

At the same time, according to Matveyev, Ukrainian exports are growing in some positions. Moreover, this growth occurs not only due to the sale of surplus military equipment, which is located in military warehouses and arsenals, but also due to the modernization of previously supplied equipment, the production of new models, as well as the supply of components and the provision of services. For example, Ukrainian armored personnel carriers are actively developing the Kazakh military market. In addition, it is planned to sign a contract with Kuwait. It should be noted that the Ukrainian tanks "Oplot" began to gradually bypass the Russian T-90. Very interesting and promising are the contracts with Thailand for the supply of 50 tanks "Oplot", additional supplies of more 120 armored personnel carriers BTR-3Е1, as well as contracts with Ethiopia for two hundred modernized T-72.

In addition, Matveyev notes, according to the world's leading experts, the Kolchuga radio intelligence station is recognized as one of the key projects in the field of ensuring the defense capacity of the Ukrainian state. The second place is occupied by the communication system developed by the Telekart-Pribor enterprise, as well as by high-precision weapons, developed by the Design Bureau Luch. Oplot tanks, BTR-4E armored personnel carriers and the Pelikan radio station were recognized as the best military-technical projects. The best military project with the participation of Ukraine was the construction of the Corvette class ship, as well as the construction of the Alcantara cosmodrome and the modernization of the Mi-24 helicopters with Brazil.

The most successful Ukrainian export project is the delivery of armored personnel carriers BTR-4 to Iraq (supply volumes amounted to 457 million dollars), deliveries of BTR-3Е to Thailand (300 million dollars). In addition, according to Matveyev, in February of this year a contract was signed between Ukraine and Pakistan for the production and supply of more than 100 power plants for tanks. Also, Ukraine’s cooperation with Azerbaijan has great prospects in terms of the export of weapons and components, the author notes.

At the same time, in order to establish modern exports and begin an effective re-equipment of the Ukrainian army, the country lacks financial resources, some enterprises are in the hands of private owners, and defense enterprises are subordinated to various departments. Thus, it will not be easy to establish an effective export and create a system coordinated in all respects in the defense industry of Ukraine. Therefore, the author concludes, for now it makes no sense to talk about the existence of any real strategy for the development of the defense-industrial complex in general.

Ctrl Enter
Noticed oshЫbku Highlight text and press. Ctrl + Enter
We are
World MIC - who is in the topThe first results of the exhibition IDEX-2013
Military Reviewin Yandex News
Military Reviewin Google News
24 comments
Information
Dear reader, to leave comments on the publication, you must to register.