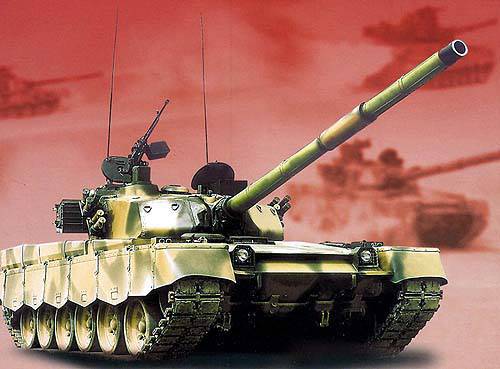 According to the November issue of the Kanwa Asian Defense magazine, in recent years, China has been increasingly active in promoting its weapons to the markets of Southeast Asia and has achieved notable success in this. In the entire region, only the Philippines, Vietnam and Brunei are not recipients of Chinese weapons. All other countries of Southeast Asia are currently armed with Chinese samples. This situation became a reality after June 2009, when the People's Republic of China officially delivered 16 FN6 MANPADS to Malaysia - and this was the first time that Kuala Lumpur directly purchased Chinese weapons.

The largest number of Chinese military hardware received Thailand. In addition to the contract for the supply of two patrol ships, in 2008, the two countries signed a contract for the transfer of technologies for the production of RSX WS1B with unguided missiles, as well as further upgrading the system and switching to guided missiles. This is the largest project for the development of rocket technology in the Thai army. Tensions between Thailand and Cambodia have greatly increased in recent years, while Cambodia and Myanmar are also key consumers of Chinese weapons. Thailand became the first country to purchase the Chinese C802A anti-ship missiles with a range of 180 km. According to rumors, this PKR is now actively moving to Myanmar, but this information is not confirmed from Burmese sources.

In Myanmar itself, Kanwa continues, the most successful deal in 2009 was the delivery of an unnamed number by Beijing tanks MVT2000. Due to the shortage of freely convertible currency at the customer, some elements of the sighting system were simplified, but still these tanks are the most powerful BTT models in the region. In parallel, the PRC was promoting T-96 tanks to Thailand, but due to budgetary constraints, the latter was forced to freeze plans for arms purchases in China.

In Cambodia, most of the artillery boats in the Navy are of Chinese origin. China exported to Cambodia at least two boats, one of them belongs to the type Р46С, armed with a 37-mm cannon and anti-aircraft machine gun, and the second is a high-speed cutter Р200С. Both are built at the Jiangxi shipyard.

In Malaysia, all Chinese weapons, except for directly imported FN6 MANPADS, were acquired with the help of Pakistan. These systems included QW1 / Anza Mk II MANPADS, which are already in service with the Malaysian land army, as well as HJ8F / C anti-tank systems. At the exhibition Defense Services Asia 2010 (Malaysia), the Chinese delegation presented one set for the integration of air defense systems TH-S311, which was specifically designed for MANPADS FN6. A key element of the modernization is to install a car with radar, night vision systems and data exchange system. As a result of the upgrade, FN6 can use radar target designation and be used in any weather. In addition, the FN6 MANPADS battery can be used against group targets. This system is currently being offered to Malaysia. Since 2008, China has been actively promoting FN6 to the Brunei market.

In Indonesia, Chinese efforts to promote military equipment proved successful. The Navy and ground forces are armed with Chinese air defense systems QW1. At the same time, the Air Force should receive long-range air defense systems QW3, which is exported to a third country for the first time. The Indonesian Navy is also the recipient of the C802 RCC. Recent efforts by the PRC to penetrate the Indonesian market look even more impressive. Indonesia is now expressing interest in the SY400 guided missile, with a range of 200 km and using inertial and GPS guidance systems, and having a QVO in 30m. It is obvious that the countries of Southeast Asia, including Malaysia, are very actively trying to get hold of tactical missile systems.

P. 2 previously reported that the Indonesian PT PAL has some experience of arming their ships with new missiles purchased abroad. In open sources there was information that in service with the Indonesian Navy there are Chinese anti-ship missiles C-802 mounted on five fifth-series FPB-57 missile boats. These boats were built in Indonesia under a license on the basis of the German Albatros project, the standard weapon of which was the Exocet RCC. Chinese missiles on the FPB-57 put one of the divisions of PT PAL. It is allegedly trying to put Russian “Yakhonts” on Indonesian corvettes and frigates. Information about this appeared in May-August 2010. According to these data, the total number of missiles purchased must be at least 120.

Vietnam and the Philippines, according to the magazine, are the only countries where China does not promote its weapons. The main reason for this is that these countries, along with China, dispute the rights to a number of islands of the South China Sea. And with the help of arms sales, China is pursuing a “divide and conquer” diplomatic strategy in the region. In other words, using the formula “be friendly to distant countries and put pressure on neighboring countries” and actively selling weapons, China is trying to tie the hands of Malaysia, Indonesia and Brunei. Malaysia and China are having a territorial dispute over Layan Island, but this issue does not seem to be a priority for Beijing at the moment.

It should be noted that Chinese arms sales to the region caused a chain reaction, especially because of the appearance of long-range missile systems. For countries in the region, the MLRS WS1B / 2 and SY400 range 180-200 km fall into the category of strategic weapons. Once Thailand and Indonesia acquire these systems, Malaysia, Myanmar and even Cambodia will inevitably be forced to purchase such systems. Cambodia also uses the Chinese MLRS type 81, and Russia is promoting the Smerch MLRS in Malaysia.

With the acquisition of MVT2000 tanks, the Burmese army became the second most powerful after the Malaysian in Southeast Asia. By strengthening its military ties with Myanmar, China can probably create new forces to contain the influence of India in the region - and this is a key moment for him in the matter of arming Myanmar. This country is a strategic point, control of which would like to establish both India and China. Nevertheless, in the field of arms sales, India is losing the PRC in almost all possible areas, the magazine concludes.