July 25 2013
84
Last Sunday, a sudden check of the combat readiness of the troops of the Eastern Military District was completed. More than 160 thousand personnel, several thousand armored fighting vehicles, dozens of airplanes and ships took part in the largest military exercises in recent decades. Already during the audit itself, the leadership of the Ministry of Defense drew some conclusions, but the main work on the summing up of the event began only this week. Staffs and ministries will have to carefully analyze all aspects of the past maneuvers and take into account the existing shortcomings. 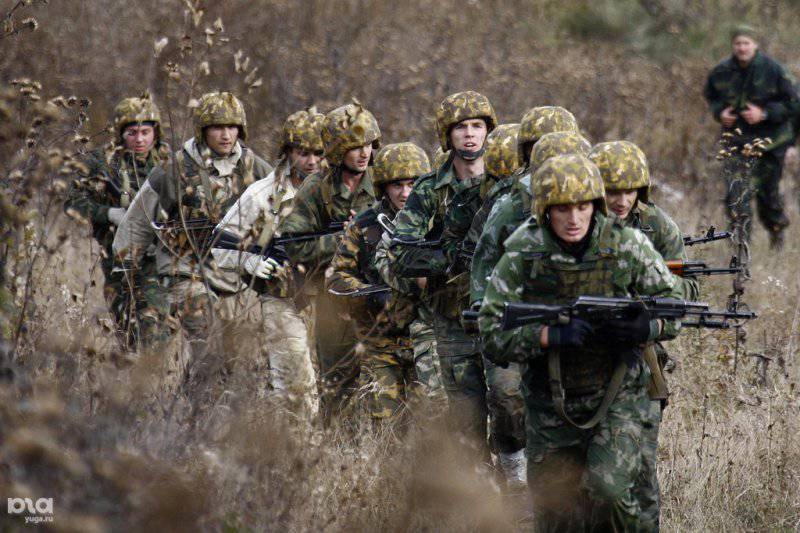 On Monday, some of the units participating in the exercises returned to their bases. For example, servicemen of the Central Military District were among the first to return from the training grounds, during the maneuvers they played the role of a conditional enemy of the troops of the Eastern Military District. From CVO, more than a thousand soldiers and about three hundred units of various equipment participated in the exercises. No less fast were the ships of the Pacific fleet. They also arrived at their base last Monday. The ship group, led by the flagship of the Pacific Fleet, the guards missile cruiser Varyag, over the past week, completed over 50 combat training missions, including three dozen artillery and missile firing. It should be noted that 11 such events were held without prior warning and preparation.

On Tuesday, 23 of July, Defense Minister S. Shoigu reported to the President of Russia V. Putin on the preliminary results of the exercise. The Minister noted the good training of soldiers and officers. Thanks to the correct actions of the servicemen, such large-scale maneuvers involving a huge number of soldiers and equipment were held without any serious problems or accidents. S. Shoigu said that during the sudden test of combat readiness several exercises of various sizes took place, from large to relatively small ones. Thus, on almost the entire east coast of the country, primarily in Kamchatka and Sakhalin, the troops trained to land on the unprepared shore and organize anti-airborne defenses.

In addition to directly training the soldiers and officers, the past exercises also had other goals. The capabilities of the troops in local and large-scale operations were tested. In addition, the issues of rapid transfer of a large number of units and mobilization were studied. From the words of the Minister of Defense it follows that, in general, the maneuvers were successful, but now it is necessary to get rid of some of the problems identified during the events and before they begin.

For example, during a conversation with the president, S. Shoigu noted that not all armored crews were able to master the shooting at the proper level. The reason for this, according to the minister, was not the reluctance of the fighters to master equipment and weapons, but the lack of training. Currently, the standard of ammunition allocated for training is quite low, which most directly affects the level of training of crews of equipment. So, during the exercises, the crew of each tank spent only two dozen shells. In artillery, the rate of munition consumption is at about the same level. In this regard, the Ministry of Defense plans to increase the standards, possibly several times. The army has the opportunity to take such a step and thanks to this it will be able to increase the level of training of tankers and artillerymen.

During the transfer of troops by air, another of the existing problems manifested itself: the lack of a sufficient number of airfields. In this regard, the Ministry of Defense has already begun work on a proposal to partially change the structure of the air force. It is planned to increase the number of airfields used by airfields in the eastern part of the country, which will simplify the implementation of a wide range of tasks. According to the Minister of Defense, there is an “urgent need” for such actions, since serious landing is required for landing operations and other operations. aviation support.

During the conversation with the Minister of Defense, Russian President V. Putin noted the level of training and vigor shown by the military personnel of the Eastern Military District during the exercise. In addition, the head of state expressed the hope that the Ministry of Defense would draw the appropriate conclusions and get rid of the existing and identified problems.

V. Putin and S. Shoigu also raised the topic of informational coverage of the maneuvers. According to the Minister of Defense, more than 60 military attaches of foreign countries expressed a desire to familiarize themselves with the course of a sudden check of troops. Just the day after the start of the exercise, the Russian military department gathered all interested diplomatic workers from other countries and told them about the plans. A little earlier, right after the president ordered the start of the combat readiness test, the Ministry of Defense notified all neighboring states, first of all our partners in the eastern direction.

The practice of sudden checks of combat readiness after a long break has resumed in February of this year. Over the past months, several similar events have taken place, and recent exercises have become the largest in the past two decades. In the future, the Ministry of Defense will continue to carry out maneuvers with raising the alarm and the transfer of troops to unfamiliar polygons. Recent inspections carried out by this method have proven their convenience and objectivity.

Ctrl Enter
Noticed oshЫbku Highlight text and press. Ctrl + Enter
We are
Completed a surprise check of the troops of the Central Military DistrictThe first results of a sudden inspection of the troops of the TSB and the Central Military District
Military Reviewin Yandex News
Military Reviewin Google News
84 comments
Information
Dear reader, to leave comments on the publication, you must to register.