Eyskaya thread from Kiev will lead?

July 22 2013
72
Last week, behind all the hype about various court decisions, the news of large-scale military exercises, events related to Edward Snowden, information about the first flights taking place at the test and training complex under construction in Yeysk was barely noticeable. The first aircraft that flew up to the sky from its complex was the Su-25UTG. After a couple of days, the YSK version of NITKA (ground test aviation training complex) took several ship Mig-29KUB at once. Thus, in Yeysk, the founding day of the Russian maritime aviation. 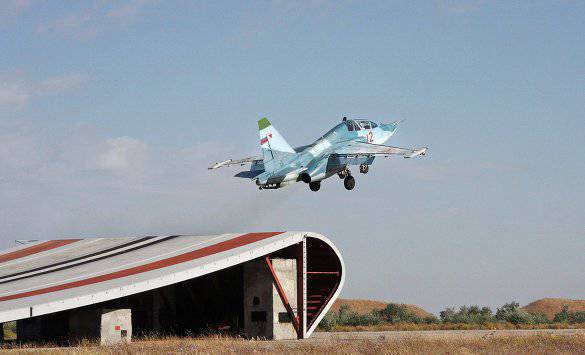 The events that took place in Yeisk are not ordinary. Why? The reason is not so much the fact that military construction in Russia is not just being resumed, but it also brings the first tangible results, but rather because its complex allows Russian naval aviation pilots to improve their skills regardless of the mood of their neighbors.

The fact is that until recently, representatives of naval aviation had the opportunity to carry out training activities either directly on the Admiral Kuznetsov aircraft carrier, which remained, in fact, the only aircraft carrier ship in Russia, or on NITKA, which was located near the Crimean town of Saki. For obvious reasons, you won’t fully train at the aircraft carrier, therefore the main emphasis was placed on the Ukrainian training complex. Kiev, which is on its aircraft carrier navy He put an end to it in the early nineties, realized that dismantling the bricks and cinder block NITK in Novonefyodovka (near the mentioned city of Saki) is not worth it, because it cannot be uninteresting for Moscow. And if it cannot be such for Moscow, then from this it is quite possible to have certain profits. Market, you know ... Nothing personal ...

In the end, Moscow after a long break associated with the total underfunding of its own defense industry and the euphoria of the beginning of 90-s under the slogan “There are no opponents of new Russia,” really paid close attention to the complex in the Ukrainian Novonefyodovka. The initial amount of the annual rent, which was set by the official Ukrainian authorities, clearly could not be called draconian. It was about 500 thousands of dollars, with the bulk of this amount was "natural products": spare parts for aircraft, which remained on the Ukrainian airfields, sets of technical documentation and more in this spirit.

In general, in the second half of the 90-s, Kiev and Moscow shook hands, and NITKA in the Crimea, at the very least, Russian pilots began to use deck aircraft. At the very least, not only because at this point the skills of take-off and landing in the conditions of the aircraft-carrying cruiser were significantly confused, but also because Kiev often tried to use NITKA in Novonefyodovka as a trump card in hydrocarbon disputes. However, all the "nitty" friction between the Russian and Ukrainian authorities was overcome: somewhere through negotiations, somewhere due to an increase in rent. It was possible until Mr. Yushchenko was brought to power in Ukraine. This same gentleman, demonstrating his solidarity with the Georgian “Napoleon” Mikhail Saakashvili during the Tbilisi aggression in South Ossetia, decided to close the Novonefyodovsky training complex for the Russian military. Like, Misha, do not drift, Victor is with you - I am doing everything I can ...

Moscow had no choice but to abandon plans to use the Crimean training complex. But as they say, every cloud has a silver lining. Less than two years after the Yushchenko’s demarche in Russia, it is decided to build its own NITKA under Yeisk. As they say: all the stars for such a decision came together. First, the ban by the Ukrainian leadership in terms of using Russian pilots NITKA in the Crimea, secondly, the emergence of sufficient funds for the construction of its own counterpart, and thirdly, the policy of modernizing the Russian army (and fleet, respectively).

In February, 2010 in Yeisk had already begun to begin the formation of the Center for Combat Use of Naval Aviation. Two years later (that is, literally the other day) the complex passed the first tests using combat aircraft, and these tests were successful.

NITKA in Yeisk is a multifunctional airfield, one of the clusters of which imitates the deck of an aircraft carrier. The airfield of this cluster is equipped with aerostreaters, which were created at the Vyborg Shipyard, and a special springboard. The other cluster is two runways, each of which has a length of about 3500 meters. The main purpose of the complex will be the development of naval aviation pilots skills to take off from the deck of an aircraft carrier, as well as landing skills on it.

In the near future, it is planned to carry out installation work on the platform in the Sea of ​​Azov (not far from Yeisk) of a platform on which Russian helicopter pilots will take off their skills for landing (landing). The site will be equipped with special systems that can imitate the excitement of the sea of ​​a certain force, which will contribute to the better development of skills for taking off and landing naval aviation helicopters.

In Ukraine, back in the 2011 year, as soon as plans for the construction of the Russian version of the THREAD began to be realized, this construction was considered an unfriendly step.

An interesting thing turns out: a constant change in the terms of the rental of NITKA in Novonefyodovka from Kiev, or even a complete ban on the use of this complex is a step, you know, friendly, That variant suspiciously resembling a dog in the manger: I myself will not give it to others!

Now, the Ukrainian authorities and representatives of the military corps decided to move away from such an argument as an “unfriendly gesture” (obviously, realizing the strangeness of their own statements), but at the same time they found another way in trying to defend their interests (if they exist at all). This way: to prove to Moscow that construction near Yeysk is a waste of time and money. They say that the money spent on the construction of the NITKA in the Krasnodar Territory would have been enough to lease the NITKA in Novonefyodovka for at least another century.

Well, no one here, in principle, does not argue. Building such a complex is a costly business. But ... A country like Russia cannot afford to keep its security components constantly used as objects of bargaining. After all, Yushchenko was already in power in Ukraine, which prevents another “Yushchenko” from coming to power in the fraternal state, who will again engage in blatant blackmail, using any opportunity that came to hand. In the end, no one knows what to expect from Yanukovych darting from side to side ...

Of course, Ukrainian stakeholders would continue to subject obstruction to the construction of a naval aviation complex near Yeisk if not for the Black Sea Fleet. With thoughts: “to hell with her with NITKoy - we will focus on using the factor of the stay of the Russian Black Sea Fleet in the Crimea for our own purposes” and calmed down. They calmed down - well, they would not calm down - this is also the tenth matter: NITKA is almost ready under Yeisk, and therefore all the concerns of foreign authorities can be ignored. Themselves, by and large, and provoked ...

The case of the Russian military leadership is to pay less attention to such concerns and to bend one’s own line. And this line must be utterly simple: to improve the defense capability of Russia. Today, it seems, this line is being maintained. Well: keep it up!

Ctrl Enter
Noticed oshЫbku Highlight text and press. Ctrl + Enter
We are
An-12 in AfghanistanMiG-21 in Afghanistan
72 comments
Information
Dear reader, to leave comments on the publication, you must to register.