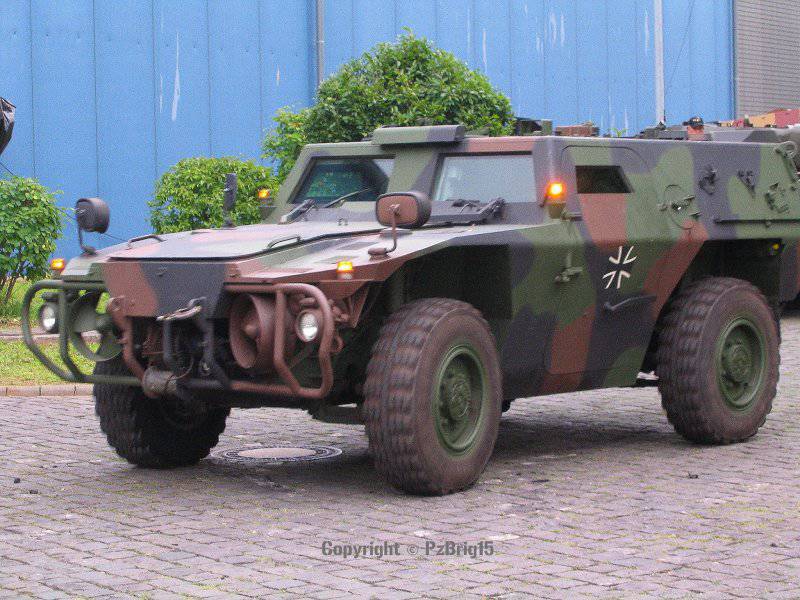 By the middle of the 1980-ies, the Bundeswehr declared the need for a new armored reconnaissance vehicle. This vehicle was to be the successor of the Scout Lynx reconnaissance vehicle and replace it as a reconnaissance vehicle in armored and mechanized infantry battalions. The following basic requirements were put forward to the future car:
-Wheel versatile vehicle with a low silhouette and a crew of three
- Autonomy up to seven days;
-Large power reserve;
-Quickness;
-The ability to conduct surveillance at night and in conditions of limited visibility (out of the car and dismounting);
-Buoyancy;
- Weapons for self-defense against non-armored targets;
- anti-tank weapons;
-Ballistic defense capable of withstanding a shot from a 7.62 caliber sniper rifle from a distance of 30 m;
-Defence from weapons mass destruction by creating excess pressure;
-Presentor smoke screens;
-The ability to transfer the received intelligence information. 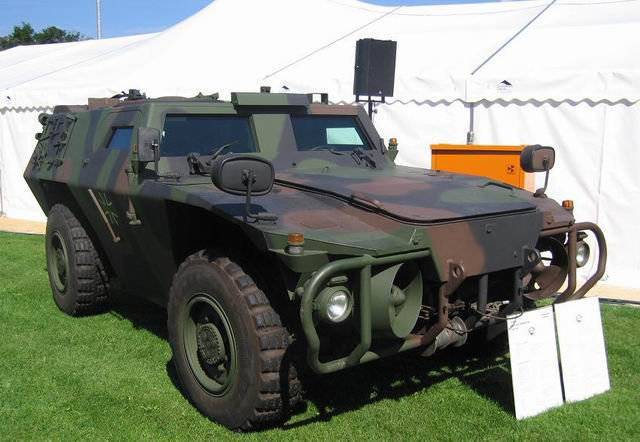 Initial plans implied the acquisition of 1714 machines (well, I like German punctuality in everything, not 1700, but 1714). In order to save budgetary funds and reduce design time, it was decided to consider existing cars on the market as a base for a new combat reconnaissance vehicle. For example, in the 1986 year, the French company Panhard presented the Vééule Blindé Légère (VBL) at the technical center of the Bundesfera in Trier. However, VBL did not meet all the requirements for a new car. In parallel with the market research, a specification was issued for a car designed to replace the Scout. The terms of reference were developed jointly by a consortium comprising Gesellschaft für Systemtechnik (GST), Daimler Benz (DB), Thyssen-Henschel (THK) and MaK. 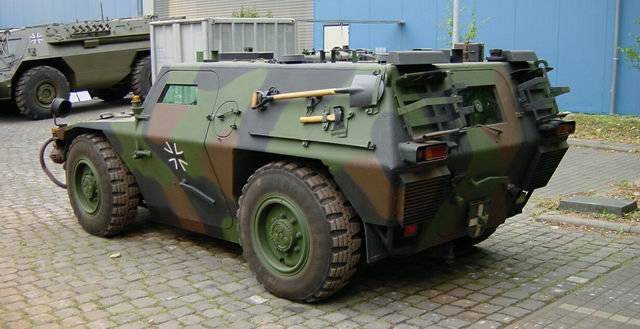 The requirements of the military were clarified and were additionally installed on the machine:
-Built-in navigation system;
- Large-caliber machine gun;
-Thermal imager;
-Rangefinder;
- Sensors to detect min. 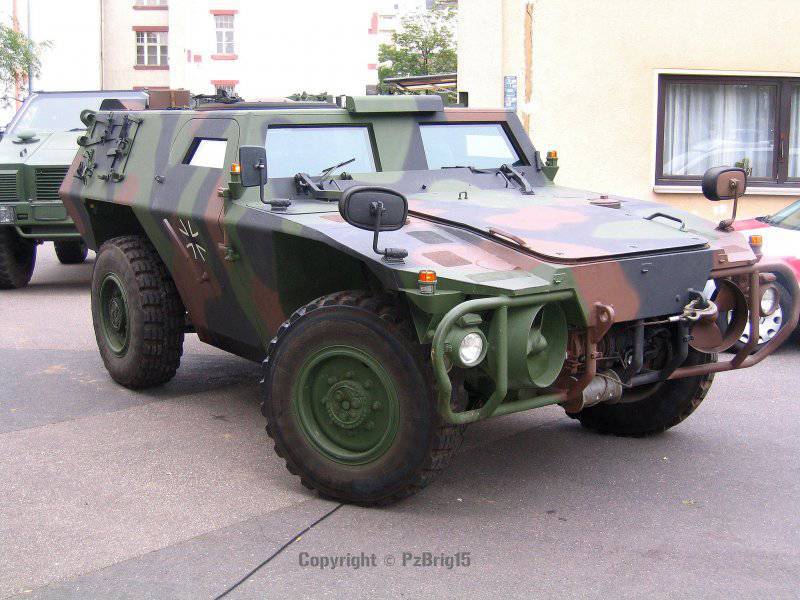 According to the new Army 2000 program, the number of reconnaissance vehicles needed was reduced to 800, since it was intended to equip only armored forces with new cars, and the reconnaissance vehicle itself had to be integrated into the Army Intelligence system. The technical task was approved on October 10 of the 1988 year. The next stage of the military-technical and economic requirements (Military Technical Economical Requirement) was planned for 1989 year, and the first deliveries - for 1994 year.

The prototype of the machine was built by the German company GST (Gesellschaft fur Systemtechnik mbH) in the 1989 year. By the middle of the 1989, the Sable was compared to the Panhard VBL on the market. Sable came out a clear winner. The company Mak, which collaborated with Panhard at that time, provided an improved version of VBL. Despite this, Sable won with the same result. Comparative evaluations were completed by the end of January 1990. An armored reconnaissance vehicle. The sable of the GST company surpassed VBL in almost all parameters. 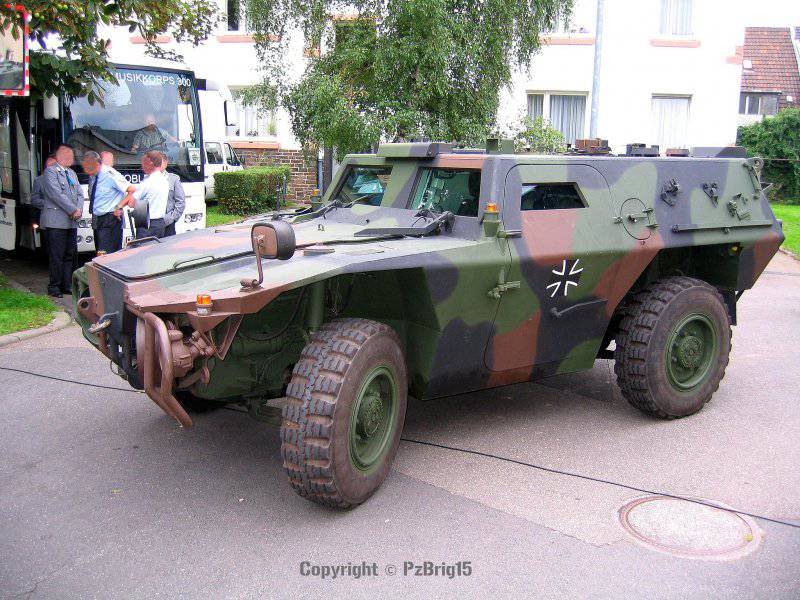 The collapse of the Soviet Union, the end of the Cold War and other 1989-1990 political upheavals led to a fundamental revision of the armored reconnaissance vehicle program. In the 1991 year, in order to reduce costs, but at the same time maintaining German-French cooperation, it was decided to purchase the original batch of 336 vehicles during the planning period for the 2001 year, with the possibility of purchasing the second batch of 380 vehicles in 2001. and also to hold a tender on the choice of an enterprise for mass production of a car.

As a result of some revision of the concept of Zobel application, military-technical and economic requirements (MTWF 7 / 92) were put forward with regard to possible new vehicle tasks:

- Buoyancy, high throughput, air transportability, autonomy up to seven days;
-Ability to conduct surveillance at night and in conditions of limited visibility;
-The ability to fire from light weapons under the cover of armor protection, as well as equipping 40-mm grenade launcher and RPG Panzerfaust 3;
-Means of communication allowing the exchange of data between reconnaissance vehicles and the command post, including the ability to transfer and receive data using transmissions for an extremely short period of time;
-Ballistic protection capable of withstanding a 7.62 caliber sniper rifle shot from a distance of 30 m. 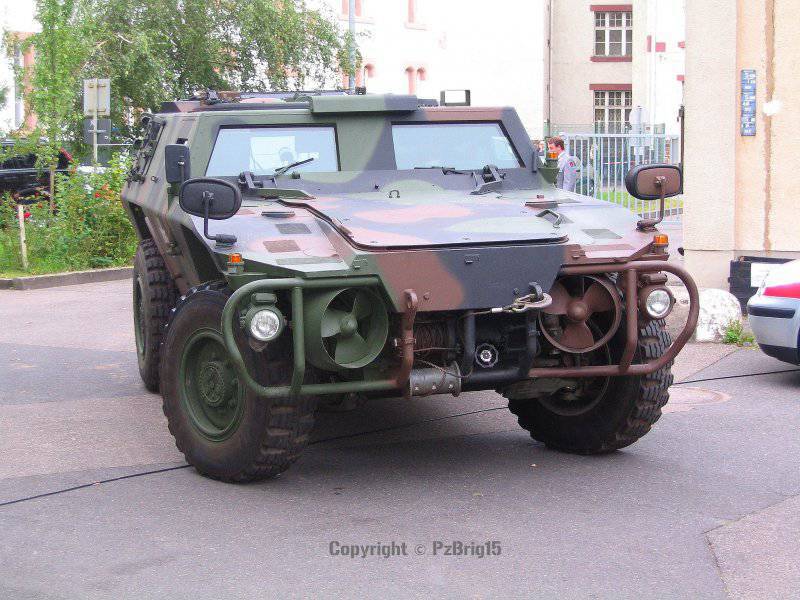 It was assumed that the first 4 test specimens will be obtained in the 1993 and 1994 years. About 18 million German Marks have been allocated for this purpose. In October 1992, the final decision was made to continue the project based on Zobel. Companies wishing to mass-produce a car were: DAF SP / Wegmann, Industriewerke Saar, Kraus-Maffei / Mercedes, MaK / Panhard and Thyssen-Henschel. 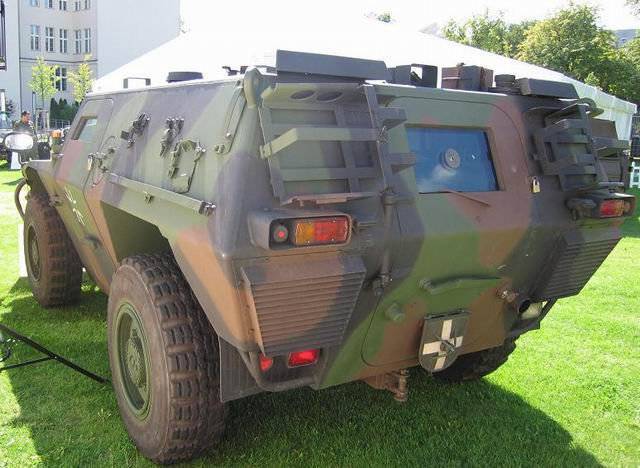 At this stage, the Netherlands became interested in the car and offered to take part in its development and production. As a result of bilateral discussions, it turned out that there are disagreements on the following basic requirements: buoyancy, protection against weapons of mass destruction by creating excessive pressure and the level of ballistic protection. According to the Dutch side, there was no need for the first two requirements for their vehicle, and they are interested in lower ballistic protection. In the middle of 1993, a compromise was reached, the Netherlands insisted on its requirements for ballistic protection and protection against weapons of mass destruction, Germany, in turn, insisted on maintaining buoyancy. Due to the changing requirements, the need for a new tender arose. It should have been conducted on the basis of the German proposal from 1993, but with the difference that only the first two applicants will submit their applications. By the end of March, DAF / Wegmann and Krauss-Maffei / Mercedes submitted their offers to 1994 of the year. The winner was the company Wegmann. It is important to note that Kraus-Maffei / Mercedes proposed two vehicle concepts. They were called K2 and K1. K1 is based on the developments of 1993, while K2 turned out to be a completely new development based on Unimog. Thus, we can assume that K2 has become the prototype for the car Dingo.

Nevertheless, despite the outstanding characteristics, the Sobol remained in a single copy as an experimental vehicle. 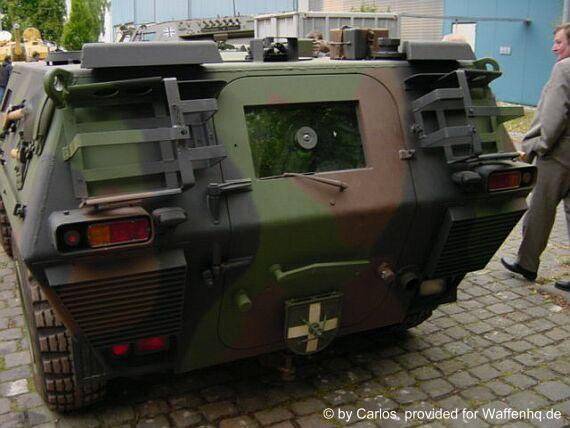 Technical features
Zobel has an all-welded armored steel case providing protection from small arms fire and shell fragments. The location of the crew members is traditional, the driver is to the left in front, the commander and his observer are to his right. The windows of the commander and driver are bulletproof. Each of them has openable doors with bullet-proof small windows in its upper part. In the aft part of the hull there is a large door opening to the left, also equipped with a bulletproof window and a loophole for firing from a light weapon. In addition, there are two hatches in the roof of the car, one for the commander of the car, the other for the observer.

Zobel is made according to the scheme 4 × 4 with steering gear on all four wheels. Thanks to the hydropneumatic suspension, independent adjustment of each wheel and changing ground clearance is possible. 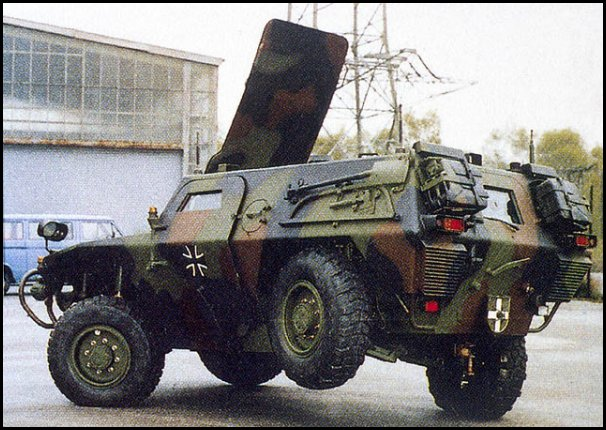 The car is floating and driven by water with two screws installed in the front of the hull, one on each side. Control of the water occurs due to the rotation of these screws. The uniqueness of this car is that it moves astern across the water!

Standard vehicle equipment includes a full range of communications equipment, protection against OMP, a front-mounted winch for self-pulling and a central tire pressure regulation system allowing the driver to adjust the tire pressure on the go. As the reconnaissance equipment was supposed to equip the machine retractable mast with a television camera, thermal imager, radar and laser rangefinder. 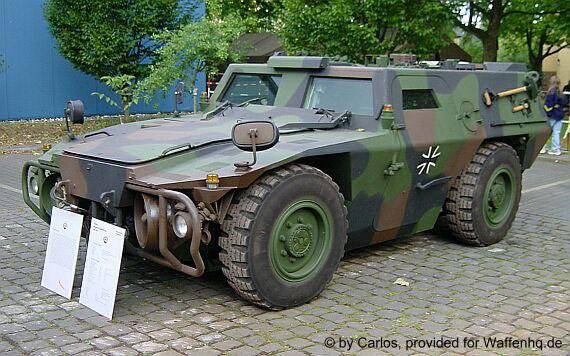