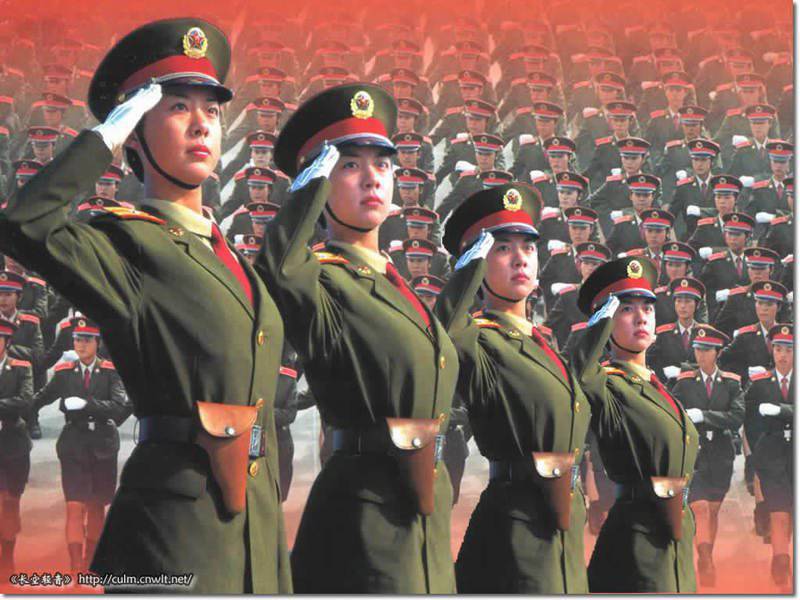 During the global financial and economic crisis, few industries succeeded not only in maintaining their pre-crisis positions, but also reaching a new level of development. Among them weapons a business that is experiencing an unprecedented rise today. Over the period 2008-2012, global arms sales increased by 30% and amounted to $ 73,5 billion in monetary terms. The United States (30% of the world market), then Russia (26%), followed by Germany (7%) hold the leadership of the world arms dealer ) and France (6%), closes the top five - China (5%). And before, Britain took fifth place. The Chinese military industrialists succeeded in crowding out Great Britain thanks to Pakistan, which is actively purchasing weapons from the Middle Kingdom. By the way, Beijing also buys a lot of weapons, being one of the world's largest importers. India ranks first among arms buyers (12%), then China (6%), Pakistan (5%) and South Korea (5%).

The time has come and now the United States is gradually losing its leading position in the arms market. And the reason for this situation is the reduction of military expenditures by European countries by 10% and the unprecedented rise in the arms business in the countries of the eastern region. China in this race is on the list of leaders in arms exports. Moreover, the demand for weapons in the countries of the Pacific region is constantly growing. One of the largest buyers of weapons in the east is India.

Experts predict that by the year 2020 the volume of global arms sales will double. But the situation on the market will change - military budgets are actively moving to the East and competition in the arms market will only increase.

So far, the largest part of the world arms market belongs to the United States. But the forced need to reduce military spending and the withdrawal of their troops from Afghanistan will lead to a significant reduction in the US share in the global arms market. Perhaps the decline in the American share to 30%, while Asian countries will be able to take 31% of the arms trade market.

The Asia-Pacific region takes a leading position in arms costs: over the next eight years, they can still increase by 35% and reach $ 501 billion. At the same time, IHS Jane's conclusion, the US government’s spending on weapons will decrease by 28% - up to $ 472 billion

This situation puts Western weapons companies in a difficult position. To stay afloat, they need to constantly increase their exports or shrink. Moreover, if Western gunsmiths give up their positions to eastern competitors, they will sow the seeds of their subsequent collapse.

Strengthening the military power of China is very worried about all the states in the region, especially Japan and South Korea. China does not hide its desire to assign itself to the disputed territories, showing all its military power. Such influential states in the Pacific region as India and South Korea are also trying to increase their military potential and are very welcome customers of such Western weapons manufacturers as BAE Systems, Lockheed Martin and Boeing. These weapons manufacturers, selling fighters and other military equipment to eastern partners, compensate for the loss associated with a decrease in military orders by Western countries. But there is another side to this situation - the client countries demand from world suppliers of weapons to invest in the defense industry of their countries. For example, the Indian authorities, negotiating the delivery of aircraft for the Indian army by Dassault Aviation 126, laid down the condition that 50% of all works and services under the contract will be fulfilled by Indian companies. All countries in the Asia-Pacific region are taking possible measures to gain access to world-class high technologies: they acquire production licenses, attract investment on favorable terms to investors, and engage in industrial espionage.

The arms race has swept the countries of the Pacific region. The Chinese authorities are planning to increase their military budget by 2021% by 64, making up $ 207 billion. India and Indonesia also plan to increase their military budget by 54% and 113%, respectively. These countries are planning to use the allocated funds not so much to buy weapons from world weapon giants, as to invest money in creating their own defense industry, which will be able to create modern weapons, including fighter jets and aircraft carriers. And if they succeed, then after a while, they will be able to compete with weapon monopolists in world arms exports.

As noted above, despite the difficulties experienced by countries during the financial and economic crisis, there has been a significant increase in arms costs. Thus, according to the Stockholm International Peace Research Institute (SIPRI), spending on weapons has already reached astronomical values ​​- $ 1,75 trillion. and have long exceeded the military spending of states at the peak of the Cold War. After the collapse of the USSR, the United States reduced its military spending to 40% of the entire world level, but even in this case, Washington remained the leader among all countries in terms of military spending. The second place, in terms of military spending, was taken by China, which increased costs by 7,8% ($ 11,5 billion), the third - by Russia, with an increase in military spending by 16% ($ 12,3 billion). Last year, China spent $ 166 billion on military equipment, while Russia spent $ 91 billion.

Having studied the available materials, SIPRI specialists believe that the weapons market has undergone changes: the balance of the arms market has shifted towards the countries of the Asia-Pacific Region (APR). The rampant arms race among the APR countries led to this.

The complication of the situation on the Korean Peninsula has led to the fact that all neighboring countries are forced to acquire the latest air defense and missile defense systems in order to protect themselves from the threat from North Korea. And not only. The steps of China, which, having acquired considerable economic power, at an accelerated pace converts it into a military one, made the APR countries increase their military budgets. Asia and Oceania in the purchase of weapons rely on long-range missiles and means to enhance the naval forces, including the submarine fleet.

Despite the already tangible scenario of changes in the arms market, Asian countries have not yet gained force at the international level. The export of Chinese weapons is directed only towards the neighbors. And although South Korea supplies a significant amount of weapons to the Philippines and Indonesia, the quality of these weapons leaves much to be desired. By the way, recently one of the African states was forced to return radar to Chinese manufacturers, which simply did not work. But despite such temporary problems, IHS Jane's analyst Guy Anderson says: ".... give Asia and the Middle East ten years, and these countries will start selling world-class equipment."