Cossack saber - Japanese katana: what are the similarities and differences? 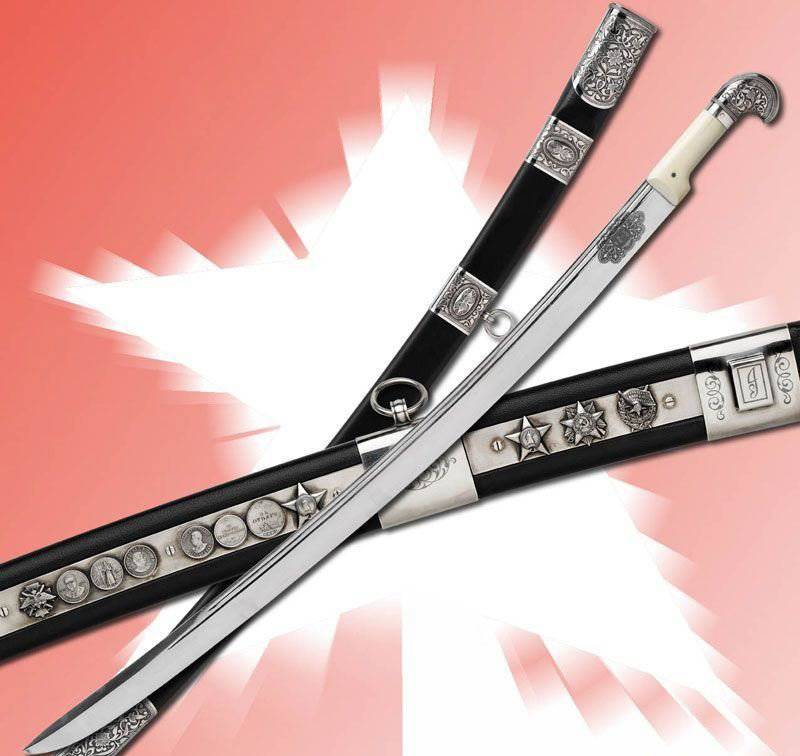 About this weaponsas a Cossack checker, it has already been written so much that at first glance it might seem that nothing new can be learned. However, this simple weapon is surrounded by such a huge number of myths and secrets that only Japanese katanas can compete with drafts in this regard.

The legends of the Cossack saber were born in direct connection with those who used it. Many historians have so far been convinced that this type of weapon was born among the Cossacks, and that in the same environment there was an improvement in both the design and the methods of using these weapons. However, in reality it is not. But first things first.

Of course, when the Cossacks appeared just like a class, there was no question of a checker. All the Cossack units were armed in the same way as other military formations, both their own and the enemy (Turks, Poles, Germans ...), that is, the simplest ordinary sabers. Moreover, all these sabers were different, depending on what was possible to get in the campaigns. Later, when the Cossacks were already part of the army, the situation changed a little, although it was possible to finally unify the weapons closer to the end of the nineteenth century. Until that time, the orders contained only a vague requirement, which stated that the checker must of course be an Asian type with an arbitrary finish.

It is worth saying a few words about how the Caucasian model hit the Cossacks, while the rest of the troops used broadswords and sabers in the European manner. Checker originates from a large knife. Actually, in translation from Circassian the word "checker" means "big knife". For the first time in written sources, this word is mentioned back in 1625, by Giovanni de Luca. Cossacks borrowed this type of weapon in the Caucasus, after which the checkers found their distribution not only in the Russian army, but also in the territory of Central Asia. Initially, checker was considered a secondary weapon with a saber. Its distinguishing characteristic was a single-edged, slightly curved long blade, an hilt without a handle with a splitting head and without protective devices. As a rule, they wore a sword almost under the armpit on the left, but when firearms appeared in service with the Highlanders, and the need for a full-fledged saber disappeared, it was the sword that came out on top. Soon it was adopted by the Russian army as a statutory type of cold arms. Despite the fact that this type of weapon came from the Caucasus, regular Russian troops received a slightly modified model, which was called the Asian-type saber. And the whole thing was that the requirements for this weapon were different: if the Caucasus needed compactness and convenience for concealed carrying, then for the Cossacks it was mainly massiveness (blade weight) and convenience in battle.

In 1881, the checkers officially appeared in each of the artillery units. Then such types of drafts appeared as dragoon, officer, Cossack saber, artillery maid.

In the status of a registered weapon, the checker remained almost until the middle of the twentieth century, becoming the last type of cold steel that was used in mass battles during the Great Patriotic War. After that, the value of the checkers came to naught, because they appeared Tanks, machine guns and wire fences. Therefore, very soon the checker became a ritual item, belonging to the dress uniform. And in 1968 they began to consider her an honorary award weapon. 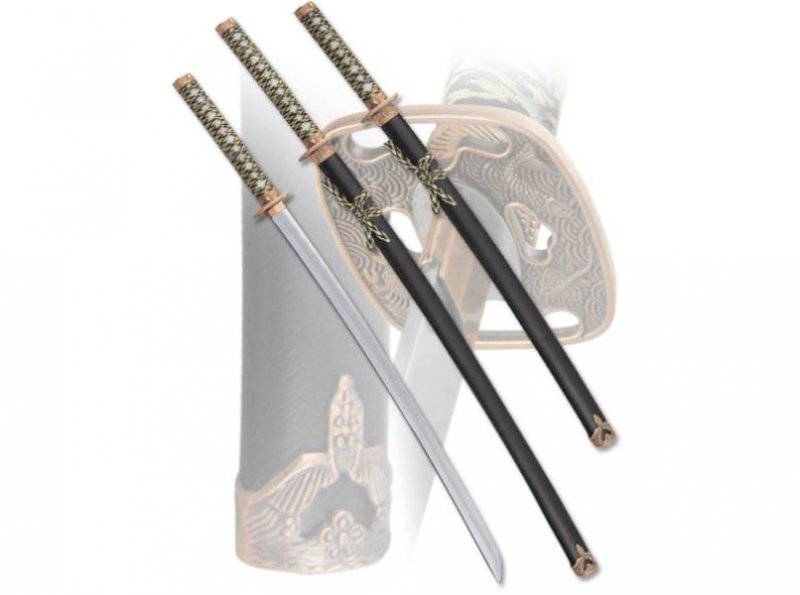 As for the Japanese samurai sword, also known as the "katana", it is considered one of the best samples of cold weapons in all history of existence. Such an opinion is expressed not by one or two people, this is the opinion of many generations of weapons experts all over the world.

In 710, a fencer named Akamuni for the first time used a sword that had a curved blade and was forged from several iron dissimilar plates. This sword had a saber profile and. differed from the saber by the technique of use: if the saber can be held with only one hand, the use of a katana provides for both one-handed and two-handed grip.

During the twelfth - nineteenth centuries the katana existed almost unchanged. Katana was considered a mandatory attribute of Japanese aristocrats, and only in the middle of the nineteenth century, after the Meiji revolution, officials were obliged to wear European-type swords.

For the Japanese population, the katana was not just a type of cold arms, but served as a reflection of the spirit of the nation, was a class symbol. And even despite the fact that the sword is far from being the most ancient Japanese weapon, it holds a special place in the national mentality. It should be noted that the first Japanese swords were very reminiscent of Chinese swords "Jian" and it was them that were used by the first samurai of the Middle Ages. But even then the sword was recognized as the weapon of the soul of the military caste. In addition, the sword was one of the attributes and sacred symbols of the power of the emperor, and besides - a distinctive feature of the social status of soldiers and the best gift (it was given to noble people, brought to churches during the days of celebration, presented to foreign ambassadors as a sign of respect).

The use of katanas in feudal Japan was more than cruel. To check the sharpness of the sword, they cut the prisoners to see how it affects the bones of the tissue. The fight, as a rule, lasted a few seconds, but the samurai still sought to master a variety of techniques, learn more cunning tricks to deceive the enemy and force him to make a mistake.

As for the present, the katana, like a checker, has become more ceremonial than a military weapon. One can argue about what is better - a sword or a samurai sword, because each of these types of weapons has its own advantages and disadvantages. But it is important to note that it is simply amazing how, in completely different cultures, on different continents, so sophisticated and functional blades appeared that went partly along the same historical path. At the same time, the first mentions of both the sword and the katana refer to approximately the same historical period.

Both the sword and the katana have a rich and deep history, so it is safe to say that for a long period of time they will be relevant among people, true connoisseurs of cold arms, collectors and reenactors of historical battles.