Ministry of Defense refuses to "Lynx"?

28 2013 June
229
One of the most controversial themes of recent times was the contract of the Russian Ministry of Defense with the Italian company Iveco, according to which Iveco LMV armored cars were to appear in our armed forces. Armored cars entered service under the new name "Lynx" and dispersed in combat units. However, the signing of the contract did not put an end to numerous disputes. This agreement still has many opponents and the last news can please them. 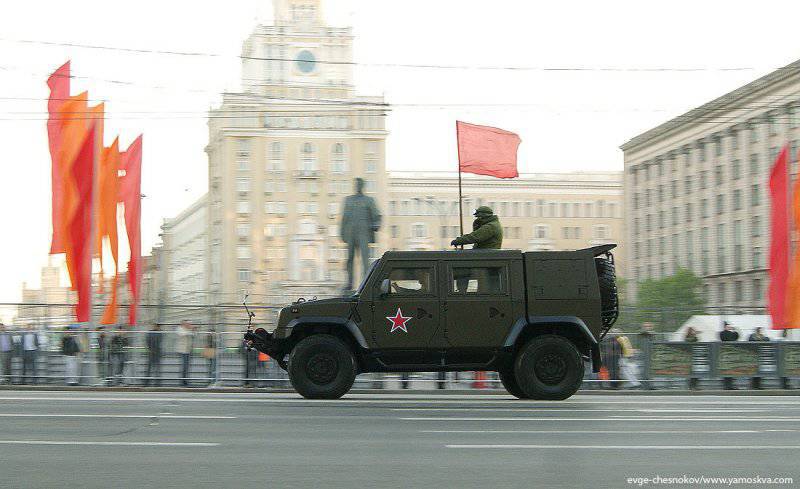 The other day the Rosinformbyuro news agency, citing an unnamed source in the defense industry, spoke about the further fate of Italian-Russian armored cars. According to this source, a few days ago the order of the Minister of Defense was canceled, according to which the “Lynx” vehicles were put into service. Thus, the Russian military department abandoned the promising and necessary armored car, as it was claimed at the time. The source Rosinformbyuro did not clarify the reasons for such a decision, nor did he name the further fate of the machines purchased and built. It is worth noting that the Ministry of Defense has not yet commented on the news. Combined with the anonymity of the source, this raises certain questions.

Nevertheless, despite all the possible questions, the information about abandoning the “Lynx” may look plausible, because a few months ago the command of the ground forces spoke about their plans for the further operation of armored vehicles of joint Italian-Russian production. In January, Colonel-General V. Chirkin, Commander-in-Chief of the Ground Forces, announced that the Ministry of Defense would fulfill all its obligations under the existing contract and purchase the LMN / “Lynx” armored vehicles envisaged for them by 1775. However, after the completion of deliveries, the contract will not be extended and the purchase of additional 1200 vehicles will not take place. As a basis for refusing an additional contract, Chirkin cited some characteristics of an armored car that were not sufficient for operation in the Russian armed forces.

It is also worth recalling that, speaking of the characteristics of “Lynx”, the commander-in-chief of the ground forces mentioned the development of a new domestic armored vehicle currently underway, which will be deprived of these shortcomings. It is possible that the project, whose name was not mentioned, was one of the main reasons for the current decision of the Ministry of Defense. Unless, of course, the source Rosinformbyuro was right and the armored car LMV / “Lynx” will really be removed from service.

History with the Italian armored cars for the Russian army began in the 2009 year and immediately became a subject of discussion. Within a few months, Rostekhnologii purchased several ready-made machines and assembly kits that were used for testing at Russian landfills. The test results were found to be satisfactory, and in June 2010 of the year, then Defense Minister A. Serdyukov signed the allegedly annulled order, according to which the Italian armored car was put into service. The next year, 2011, Russia and Italy agreed to jointly manufacture machines for our armed forces at the plant in Voronezh. Throughout all the stages of testing and negotiation, various figures appeared in the statements of the parties, but in the end the Russian Ministry of Defense decided on its needs. According to the contract with the Italian company Iveco, it was required to deliver 1775 armored cars. About 1200 could be ordered further.

To date, the Russian armed forces have received less than a hundred Lynx armored vehicles. Earlier it was said that in the coming years, the military will receive the first large series of 358 machines and in the future their construction will follow the same principle. However, in the light of recent reports, the production of not only 1775 armored vehicles ordered, but also the first series of three and a half hundreds is under question.

If the information about the decommissioning of the armored vehicles “Lynx” is confirmed, this fact can be considered a confirmation of the popular version of using Italian equipment as a temporary measure for equipping the ground forces in anticipation of their own similar projects. It is worth noting that cooperation with Italian manufacturers spurred Russian. So, in the near future, several new Russian-made armored vehicles, which are not inferior to the Iveco LMV / “Lynx” in the level of protection, should go on trials at once. However, it will take time to fine-tune the new machines and launching their mass production, and the “Lynx” is already there.

Anyway, information about the refusal of the Italian armored vehicles assembled in Russia has not yet been confirmed by official sources. Therefore, it may well turn out that we are now dealing with a banal newspaper duck or another “round” of undercover games, the purpose of which are contracts for the supply of equipment.