ZRK "Vityaz" and the priority of aerospace defense 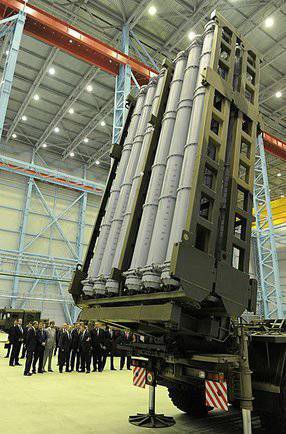 Last Wednesday, 19 of June, Russian President V.Putin, accompanied by Defense Minister S.Shoigu, St. Petersburg Governor G. Poltavchenko, and other dignitaries visited the St. Petersburg Obukhov Plant, which deals with the implementation of several contracts under the state defense order. Officials were shown one of the shops of the plant, which housed the machines of the new anti-aircraft missile complex Vityaz. After visiting the production, the president held a meeting on the current state and prospects of the Russian aerospace defense systems.


Of particular interest is the demonstrated equipment. The “Vityaz” air defense system for the first time got into the lenses of photo and television cameras, which is why it immediately attracted widespread attention from the interested public. The complex developed by the Almaz-Antey concern in the near future will replace some modifications of systems of the C-300P family. "Vityaz" is intended for air defense of stationary objects and is capable of hitting targets at short and medium ranges. It is noted that the Vityaz uses the same medium-range missiles as the C-400 anti-aircraft complex.

Obukhovsky Zavod, which is a structural subdivision of the Almaz-Antey concern, manufactures launchers of the new air defense system. All units of installations are mounted on eight-wheeled chassis produced by the Bryansk Automobile Plant. In addition to the machine equipped with a missile launcher, the anti-aircraft complex includes a command post and an all-radar radar station. Characteristics of the Vityaz have not yet been announced, but representatives of the developer are talking about the imminent replacement of C-300 complexes of earlier models. This allows you to roughly imagine the capabilities of the new air defense system.

After an exemplary deployment of the complex’s systems, which passed directly into the workshop, the president was invited into the cabin of one of the machines. There, V.Putin examined the instrumentation and asked a few questions to the engineers who were developing the project. During the demonstration of the Vityaz complex, the general director of the Almaz-Antey concern, V. Menshchikov, told about the future of the new development. According to him, there is already an agreement with the Ministry of Defense, and this year missile tests will begin. Thus, the new air defense system will go to the army in the coming years. 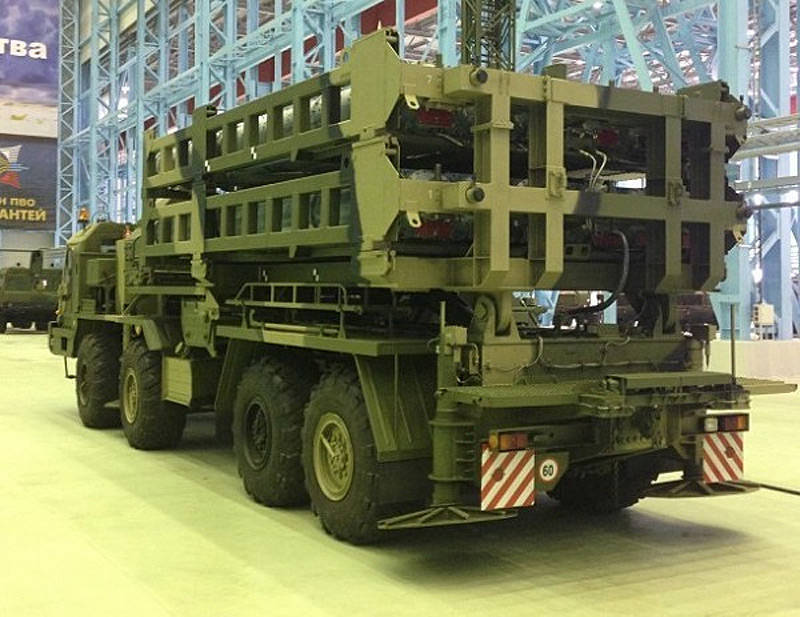 At the meeting that followed a small “exhibition”, V. Putin emphasized the importance of ongoing work. He recalled that the opinion about the so-called first disarming strike is increasingly being expressed. According to the president, the military and defense industries in the development of the armed forces should take into account the possibility of such events. It is planned to allocate about 2020 trillion rubles for the development of aerospace defense, which is one of the top priorities, until 3,4. This will improve the capabilities of the troops defending the country's airspace, as well as prepare for repelling possible threats.

At the meeting, it was noted that the development of aerospace defense, and not “classical” air defense, is in some way a necessary measure. The fact is that the closest states are actively engaged in the subject of medium-range ballistic missiles and Russia must take this into account. Our country at one time refused to build and operate such systems, but for some of our neighbors, medium-range missiles are of great interest. For this reason, remedies are needed to counter such threats.

Work on the creation and construction of new air defense and air defense systems is already underway, with some of the results of these programs will be shown to the public in just a couple of months. According to Putin, at the upcoming international aerospace show MAKS-2013 (Zhukovsky), the Russian defense industry will demonstrate the latest samples of some aerospace defense systems. At the same time, the president did not specify the specific type of equipment planned for the show.

Speaking about the mass production of new technology, Putin noted that the main obstacles to the construction of anti-aircraft complexes are bureaucracy and red tape. However, despite these problems, production and design work must proceed on schedule. For deadlines, delays and similar phenomena, the respective managers should be personally liable. It is noteworthy that a bill has already been submitted to the State Duma providing for personal financial penalties for negligent officials and merchants. In accordance with this bill, those who disrupted the fulfillment of the State Defense Order will pay fines, and organizations will be subject to various restrictions.

During the meeting, the President recalled the main tasks pursued by the current state rearmament program. By 2015, the aerospace defense forces should upgrade their equipment by half, and by 2020, by 70%. The implementation of such plans requires the renewal of production and improvement of their work. Already, certain measures are being taken for this, and the Obukhov plant was no exception.

To increase the efficiency of the Obukhov plant and a number of related enterprises, the North-Western Regional Center is being established as part of the Almaz-Antey Air Defense Concern, which will include five St. Petersburg factories. As V. Putin said, such a measure would optimize the costs of production and transport processes. It Obukhov factory will play a leading role in this association. In addition, the reconstruction of the enterprise is continuing, the result of which should be the renewal of production capacities and, as a result, the increase of opportunities. The first results of all these works are already visible. Thus, in the current 2013 year, Obukhovsky Plant was able to conclude contracts with a total volume of 12 billion rubles in the framework of the State Defense Order. Last year, that figure was four times less.

Among the new types of technology, the production of which will begin in the updated enterprises in the near future, there will be a new anti-aircraft missile system Vityaz. The approximate date of its adoption is 2016 year. The exact dates will become clear later when the tests of individual elements and the entire complex as a whole are completed.

Ctrl Enter
Noticed oshЫbku Highlight text and press. Ctrl + Enter
We are
ZRS-300P in the XXI centuryAnti-aircraft missile system C-300P
48 comments
Information
Dear reader, to leave comments on the publication, you must to register.