21 2013 June
22
During the International Salon "Integrated Safety-2013", many of its visitors unwittingly stopped at the sight of a device of an unusual shape that looks like a fantastic flying machine from the movie "Kin-dza-dza!". As explained “Weapons Of Russia, Alexei Aravin, CEO of Air Group, on whose stand this device was presented, is often also called the “flying pot”. 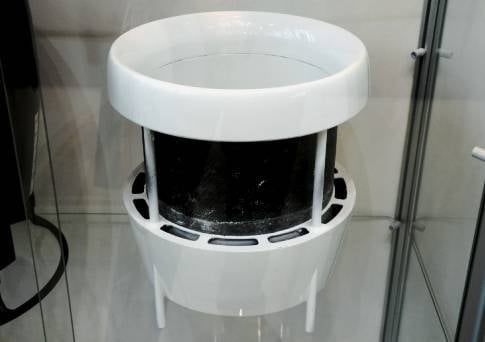 The main activity of Air Group is the development and production of unmanned aerial vehicles (UAVs) of the fan type. According to the head of the company, “in comparison with other UAVs of the aircraft and helicopter type, these devices of the new generation currently have the highest efficiency.” The most important difference between these devices, Aravin considers a large, 3-4-x power reserve, directly affecting their operational reliability, maneuverability and other characteristics.

Such indicators, he explained that in order to achieve similar indicators of thrust in other UAVs, it is necessary to increase the diameter and size of the propeller blades. “In a fan-type UAV, the annular body around the screw is its protection and wing, which increases the aerodynamic characteristics of the device. All this is calculated and tested in TsAGI wind tunnels, ”said the director of the company. 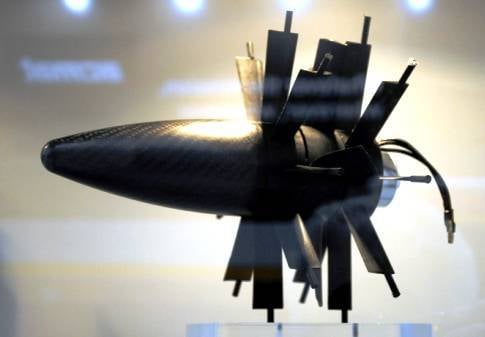 He explained that the fan-type UAVs with vertical takeoff and landing at the speed of 70 km / h fall sideways and carry out horizontal flight for a long time. This is due to the fact that in the vertical position the resource of the apparatus is spent on maintaining its own weight, and in the horizontal - significant savings occur and the resource lasts for several hours of flight.

“Given the large power reserve, all the characteristics of our UAVs are given obviously with a large margin. Similar data of other types of devices are announced, as a rule, at the limit, ”the head of the company emphasized. Such a difference is explained by the fact that “when creating our devices, with the exception of individual electronic components, we use only domestic materials, including and engines.

All this allows "to create UAVs under load and tasks to be solved, and not vice versa," stressed Aravin. Today, according to him, the company’s specialists have developed and offer customers a variety of devices, both in terms of frame sizes and aerodynamic configuration. BLA - fan has high maneuverability. Unlike devices of other designs, the Pepelats, without any difficulty, is able to hover over any point, drop or return to refine and detail the data. 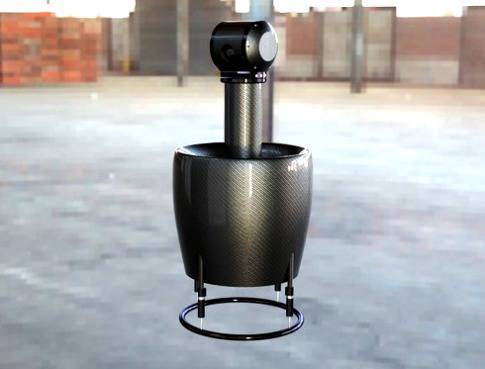 UAV Air 250 ("pepelats", "flying pot") is an aircraft of increased maneuverability of the fan type with a whole set of distinctive features. It can be used from limited sites and vehicles, does not require additional devices for takeoff and landing, can be used in buildings and forest areas, in mountain gorges and caves.

The propeller of the BLAH in the form of a fan is located inside the annular body-wing and provides vertical take-off and landing, horizontal flight, as well as high safety of its operation. The 5 kg unit is capable of carrying an optical gyro-stabilized photo-video system (270 review hail, weight up to 2 kg) and carry out horizontal flight with a maximum (cruising) speed of 160 (120) km / h. The duration of a UAV flight with an internal combustion engine (electric motor) can be 3-4 hours (up to 30 minutes). 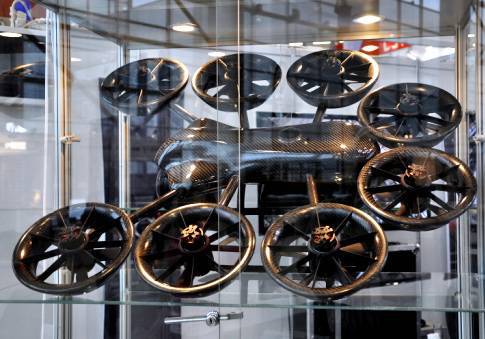 Air 170X - OperA is structurally different from the previous one by the presence of 8 fan-type engines. The device version "A" ("B") with its own weight 8 (11) kg and carrying capacity 1-2 (2-4) kg is able to fly during 30-40 (20-30) min. Able to solve problems using an optical gyro-stabilized photo-video system with an 270 review. Noting these UAVs as the most advanced in the lightweight class, the general director said that at present the company “developed and began to produce middle-class vehicles,” including tethered ones with unlimited operation time.

According to Aravin, the company already has an 2 order - “for a UAV repeater and a vehicle with shipborne radar equipment.” Fastened UAVs with 6 and 8 engines, with a maximum thrust of 95 and 128 kg, are capable of carrying an unlimited payload of 20 and 25 kg, respectively. The tethered UAV repeater was created for use in the structure of the Ministry of Defense, and for Rosatom a tethered UAV based on a self-propelled robot designed for conducting radiation reconnaissance. Autonomous UAVs are used by the mobile headquarters of the Ministry of Emergency Situations and the FSB. 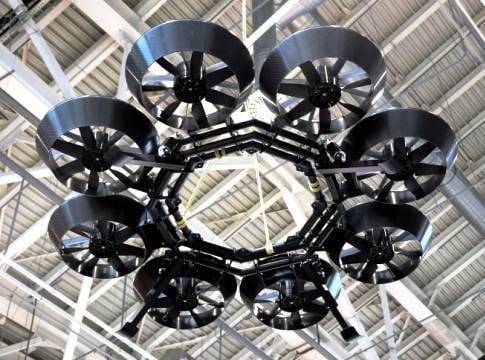 UAV Air - Q8 is a tethered unmanned carrier of the middle class fan type with vertical takeoff and landing. It is designed to relay signals and monitor the environment.

Able to carry payloads from 25 to 60 kg. and rise to a height of 50 m. The device can be operated at wind speeds up to 15 m / s for 24 hours when powered from a ground control station. Depending on the layout, the BLAH can be executed in the Q4 and Q6 variants.

Alexander Aravin noted that the company, along with the development and production of UAVs, creates a payload for them. According to him, today the company can offer potential customers a payload in the form of single and dual optical heads, designed to monitor the surrounding space. The latter ensures efficient operation in the visible and infrared ranges.