China showed a model of a new bomber

19 2013 June
30
Over the past years, China has constantly published information on its new developments in the field of fighter aircraft, but long-range bomber aviation did not receive the same attention. Only a few days ago, the Chinese military announced the current modernization of the Xian H-6 bombers (a copy of the Soviet Tu-16). A number of these aircraft received new equipment, an updated power plant, etc. Available information does not accurately assess the potential of the updated H-6K bombers, but the age of the aircraft is striking. The base Tu-16 was created back in the fifties of the last century, which accordingly affects the capabilities of all the machines based on it. H-6s require replacement and so far China has no equipment suitable for this.


Until recently, all information about Chinese long-range bombers projects was limited to only a few small the news and one rather large publication on the creation of two promising aircraft at once: H-8 and H-10. The other day, Chinese, and after them, the Western media published a photo of a model of a new Chinese aircraft. The model depicted on it was allegedly made in accordance with the new project. The name of the promising car remains unknown. The same goes for the technical part of the project and the expected characteristics of the new aircraft. 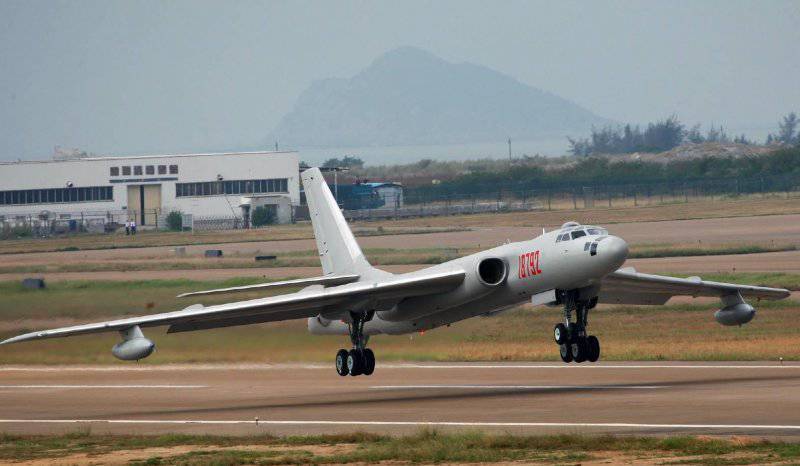 Now at the disposal of experts and people interested in aviation there is only one photo of a certain model, and not in a very convenient perspective. However, such an image was sufficient for the appearance of several options for the appearance of the new aircraft. And some of its characteristic details are noticeable in the existing perspective. First of all, it should be noted that the alleged Chinese-made long-range bomber resembles modern fighters created using stealth technology. The outer surface of the bomber consists of smoothly mated straight and curved surfaces.

Another pair of features of the model's appearance brings to mind the American projects of fifth-generation fighter jets. Air intakes on the upper surface of the fuselage and the characteristic tail, consisting of two inclined surfaces, were used on an experimental Northrop / McDonnell Douglas YF-23 Black Widow II aircraft two decades ago. However, despite such similarities, a promising Chinese aircraft cannot be called a copy of an American one. The Chinese bomber will be considerably larger and equipped with a swept wing.

No characteristics of the aircraft have not yet been announced, but there are already some estimates. For example, a version of the following bomber geometry data was made on the Stealth Machines forum: length is about 30 meters and a wingspan is about 21 m. With such dimensions, it should have takeoff weight at 50 tons and needs two afterburner engines less than 15-17 thousand kgf. The aircraft's payload, which can be estimated at 8-10 tons, is expected to be placed in the fuselage's cargo compartment. The dimensions of the bomber allow you to enter inside the fuselage is a long enough compartment for weapons. From some schemes, it follows that its dimensions can reach the 10x2,5x1,5 meter. However, with such dimensions, the cargo compartments are able to take up most of the available volume and do not leave room for other structural elements, for example, for fuselage fuel tanks. 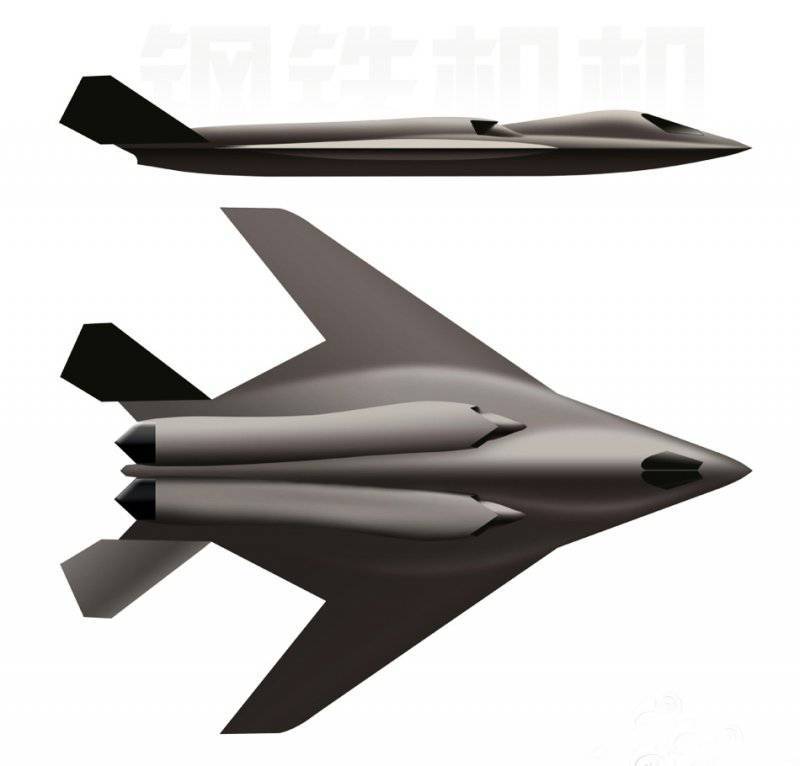 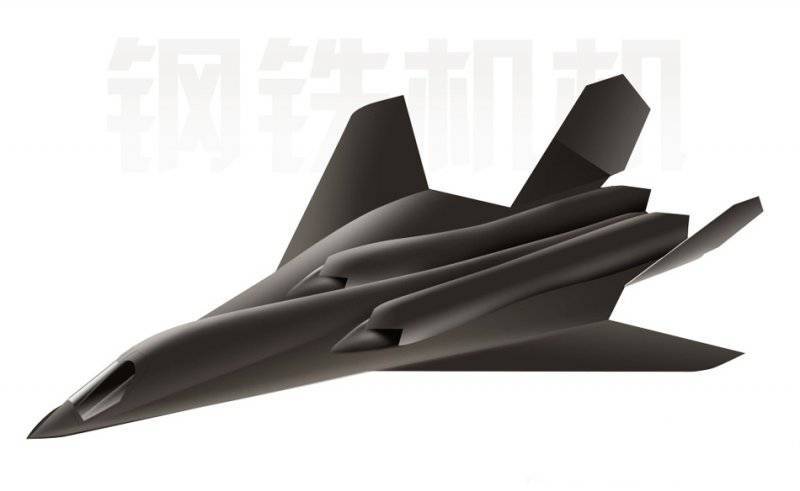 Quite quickly on the Chinese Internet forums appeared assumptions and speculations regarding weapons. According to different versions, rockets and bombs of different types, unguided and “smart” can be placed on the internal and external suspensions. In addition, there are suggestions about the possibility of equipping a bomber with air-to-air missiles for self-defense. For example, in one of the proposed options, the aircraft carries three anti-ship missiles based on the Russian Mosquito P-270, four air-to-surface missiles and six medium-to-short range air-to-air missiles. Naturally, this is only an assumption and the actual combat load of a promising bomber may differ significantly from that described.

Worth noting accommodation weapons on the external sling will significantly increase the likelihood of aircraft detection by radar stations. In addition, information about a similar method of suspension of bombs and missiles on the new aircraft appeared a few years ago, and so far could be outdated due to the improvement of the project. Advanced combat aircraft concepts now involve the internal deployment of weapons to reduce visibility. Judging by the general appearance of the promising Chinese bomber, under normal loading, it will also carry all the weapons inside the fuselage, and the external suspension, if any, will become a means of increasing the load beyond normal.

Big questions are caused by the power plant of the aircraft. The fuselage contours and wing configuration can speak about the possibility of flying at supersonic speeds. In combination with the estimated take-off weight of about 50 tons, this allows to draw appropriate conclusions about the required engines. Need motors with a burden above 15000 kgf. Such a power plant will allow a promising bomber to accelerate to supersonic speeds, but the current state of the Chinese engine building does not allow us to confidently talk about fuel consumption and, as a result, flight range. Most likely, the last parameter will not exceed 3,5-4 thousands of kilometers, although with sufficiently economical engines it can be higher.

Along with the possible technical appearance of the new Chinese aircraft, the political implications of implementing such a project are discussed. Even with a combat radius of no more than two thousand kilometers, a sufficiently large region around the territory of China will fall into the range of the new bomber. Naturally, such a range is not enough to deliver ammunition across the ocean, but in the current situation this will be enough for an inconspicuous aircraft with modern equipment and weapons. Thus, a promising aircraft will become an instrument of pressure and deterrence, aimed primarily at small neighboring countries.

Previously, the Chinese media published information according to which the armament of new long-range bombers would allow destroying targets at ranges up to 2,5-3 thousand kilometers from the launch point. Such statements looked bold, but the projects of such missiles have long been not mentioned anywhere. From this we can conclude about the problems with the implementation of relevant projects or to abandon them. Anyway, so far nothing is known about the presence of China’s aviation missiles with a range of several thousand kilometers. If China can create ammunition with such characteristics, then the American military bases on the island of Guam could be under attack.

At present, a promising Chinese long-range bomber — provided that such a project does exist — is one big mystery. All available data can be listed by fingers, and the total number of reasonable assumptions on this topic does not allow to establish with confidence at least an approximate appearance of the aircraft. In such a situation, it remains only to build new theories, think over possible options for the design and wait for official information. And only the prerequisites for the creation of a new bomber will be simple and clear: China needs an early update of long-range aviation.