Modernization of the cruiser "Admiral Nakhimov": the contract is signed

17 2013 June
123
A few months ago, the future of the Admiral Nakhimov heavy nuclear missile cruiser was announced. It was alleged that in the near future it will be repaired and will return to the naval system by 2018-20 fleet. The technical and economic details of such a project were not disclosed, and the next years were determined by the start date of the work. Last Thursday, June 13, the press service of the Sevmash shipyard published new data on the modernization of the cruiser. The plant and the Ministry of Defense signed a corresponding contract and will begin its implementation in the very near future. 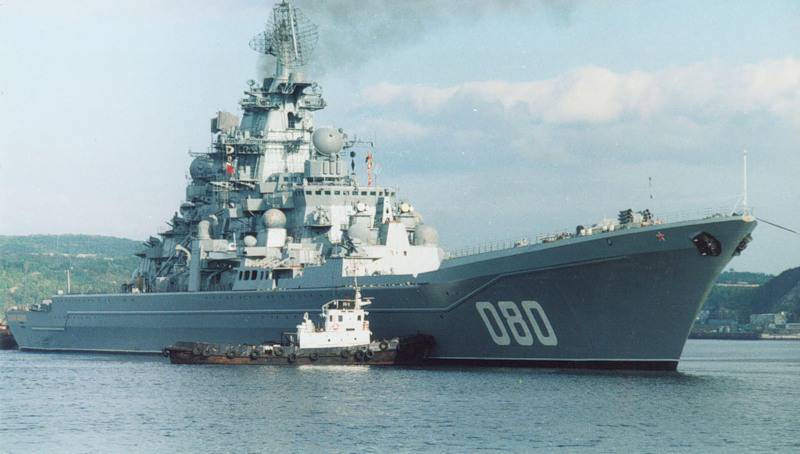 As follows from the official information, so far only the main agreement has been concluded, in accordance with which work will be carried out. At the same time, the project itself, in accordance with which the ship will be modernized, does not yet exist. The Minister of Defense has already approved the basic tactical and technical requirements for the upgraded cruiser, but the contract for the development of the modernization project has not yet been concluded. The project developer will be the Northern Design Bureau (St. Petersburg). This organization in its time created the 1144 “Orlan” project, in accordance with which the cruiser “Admiral Nakhimov” was built, and now it will be engaged in its updating and modernization.

While the Ministry of Defense and the Northern PKB are negotiating the terms of the contract, preparatory work continues on Sevmash. Factory workers are preparing the process equipment, as well as check the various components and assemblies of the ship. A preliminary survey of the cruiser will identify the main shortcomings and take them into account in a timely manner when developing a modernization project. The following year, it is planned to dock the ship in the waterworks of the enterprise (a drained bulk basin of 159x325 meters in size). Prior to the commencement of this procedure, the Admiral Nakhimov will stand at the quay wall of the plant, where it has been located since the end of the nineties.

In the course of the upcoming work it is planned to dismantle a large number of components and assemblies of the ship. Due to the lack of timely full-fledged service, the Admiral Nakhimov is currently in serious condition. According to Sevmash S. Khviyuzov, head of the repair, modernization and warranty supervision of the plant, 70% of the removed equipment will have to be replaced. It is not difficult to imagine the scale of the forthcoming works. The first deputy general director of the company, S. Marichev, compared the scope of work on the modernization of the Admiral Nakhimov with the recent repair and renovation of the aircraft carrier Vikramaditya.

The financial details of the upcoming modernization have not yet been officially announced, which has led to the emergence of various opinions and assessments. For example, in the official blog of the Center for Analysis of Strategies and Technologies, the figure in 50 of billions of rubles that is planned to be spent on modernization is given. Official confirmation or refutation of this information has not yet been, and therefore this information is purely evaluative. Moreover, at present it can be assumed that the customer represented by the Ministry of Defense and the performers represented by Sevmash and the Northern PKB have not yet decided on exact figures. In the case of deep modernization will need to conduct a thorough analysis of the state of the ship. The results of such a survey can seriously affect the estimates, and under certain circumstances, and make the project abandon.

The technical details of the modernization were also not disclosed. Earlier in the media, with reference to sources in the military and industry or without them, it was claimed about the installation of new electronic systems, as well as a radical upgrade of the armament complex. According to some data, the updated Admiral Nakhimov should receive the Caliber missiles instead of the existing Granites and several new anti-aircraft missile systems, surpassing the already installed weapons. Some time ago it was mentioned in a number of sources that the ship could transport up to 300 missiles of all available types. In view of the time of the appearance of this information, it is difficult to say how much it will correspond to reality. It is likely that during the preliminary study of the modernization project, similar options were also considered. 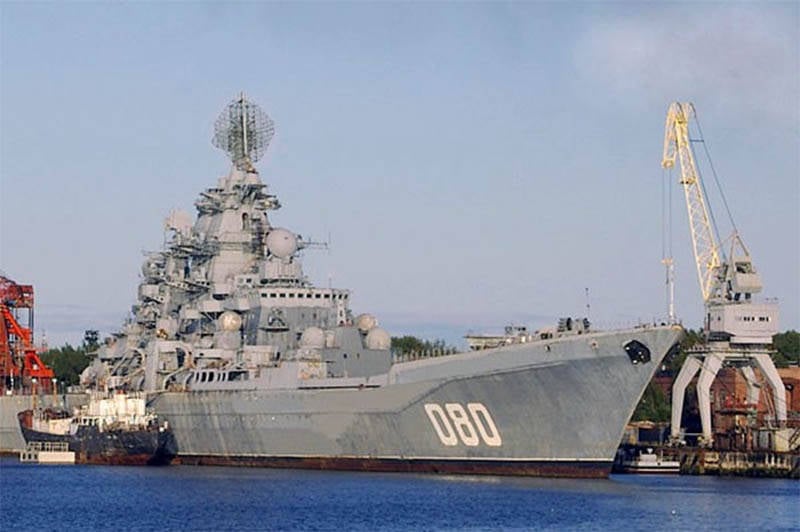 However, the greatest interest is not the cost of the project and its technical details, but a factor combining both these aspects - expediency. Disputes about the need to modernize the cruiser “Admiral Nakhimov” have continued since the first news about similar plans, and now flashed with a new force. Numerous discussions argue for and against updating the old ship, supported by facts and analytics. At the same time, the arguments of both sides look plausible and logical.

Opinion about the need for modernization and the return to service of the "Admiral Nakhimov" is supported by several facts. First of all, it is noted that in the course of work on upgrading a heavy nuclear missile cruiser, it will not be necessary to build a new building. In fact, the whole modernization will consist in the replacement of equipment and some repair or alteration of the ship's design itself. It is impossible to exclude the possibility of serious processing of the structure, but under certain circumstances it will be much cheaper than building a new ship of a similar class. The second argument in favor of modernization - the prospects of the ship. The nuclear power plant gives the cruiser high running performance, which, in combination with the new weaponry, will give it a combat potential sufficient to serve for the next 15-20 years.

Opponents of modernization also provide reasonable arguments. For example, they claim that the upgrade of just one heavy nuclear missile cruiser will cost the same amount as the construction of several frigates of the 22350 or 11356Р / M project at once. Having smaller sizes and displacement, these ships, however, will carry the same armament and, probably, a similar complex of radio-electronic equipment. Naturally, several smaller ships will be able to simultaneously perform more tasks than one large one. The second claim for the update of "Admiral Nakhimov" concerns the final cost of such a project. As practice shows, the cost of any construction and modernization tends to gradually increase due to the constantly emerging unforeseen problems. Therefore, now it is impossible to say how the current estimated 2018 billions will grow by the year 50.

It is worth noting that the issue of the expediency of such large expenses is the main topic of all discussions. At the same time, opponents of modernization speak not only about the estimated amount of the contract, but also about the increase in the actual cost of work. For example, during the repair and renovation of the aircraft carrier Vikramaditya, the financial aspects of the project were repeatedly revised and the final cost of the ship was noticeably higher than originally planned. According to opponents of the modernization of "Admiral Nakhimov", the Russian cruiser will not be able to avoid this. Proponents, in turn, point out that the Vikramaditya update was the first such project in several decades. During work on an aircraft carrier, Russian shipbuilders gained the necessary experience and therefore can now quickly and efficiently upgrade the nuclear-powered missile cruiser.

Judging by the duration and progress of the discussions, the question of the need to repair and modernize the heavy nuclear missile cruiser “Admiral Nakhimov” is really complicated and ambiguous. For every argument there is a counterargument and this only provokes the continuation of the discussion. However, the message of the press service of Sevmash clearly and clearly speaks of the position of the Ministry of Defense. The signing of the contract for the work clearly shows that the leadership of the military department and the command of the navy see the need to return the warship to service. So far, one cannot rule out the possibility of abandoning these plans due to an unsatisfactory state, but such a development is unlikely, since the Admiral Nakhimov was chosen for modernization, including because of an acceptable condition.

Over the next months, the staff of Sevmash, Nevsky PKB and the Ministry of Defense will determine the details of the modernization project and begin major work. It is already clear that the project will be difficult, time consuming and expensive. I would like to hope that the Ministry of Defense carefully analyzed all the arguments for and against the modernization of the cruiser and the investment of tens of billions of rubles will be fully justified.