17 2013 June
21
In one of the previous articles, one of the rather interesting variants of Mannicher pistols with automatic built on a fixed gate and a barrel moving forward was considered. The idea of ​​creating such a model was not the most successful, since such an automation system could not use powerful ammunition, and cartridges at that time were developing quite quickly. Despite this, Mannicher continued to work on the creation of a pistol that would satisfy all the needs of the army and the civilian market. In fact, in parallel, the designer tried to create weapon with rigid locking of the barrel, as well as with a semi-free shutter. 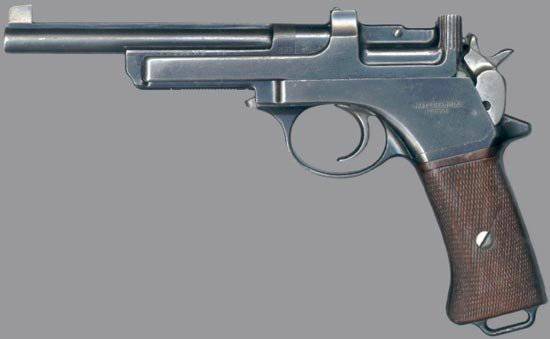 Surprisingly, the second option turned out to be easier to implement, since the designer had failed to achieve acceptable results on the durability of the barrel bore locking unit. And this system could not boast of its omnivorous, as well as there was a limit on the power of ammunition. So, one of the fairly common cartridges at the time was the Mauser pistol cartridge, but its energy was redundant for the pistol developed by Manlicher, because the designer had to develop his own version of the cartridge, although the appearance of this ammunition was Mauzer. 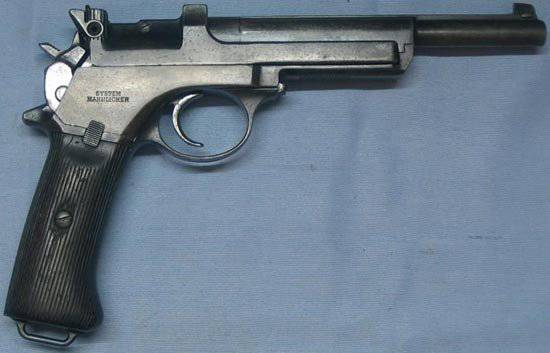 Works automatic pistol Mannicher M1901 as follows. Hard locking the barrel, as mentioned above, no, but the shutter interacts through the lever with the mainspring, which slows down the movement of the shutter when fired. The rest of the scheme works similarly to the scheme with a free gate. 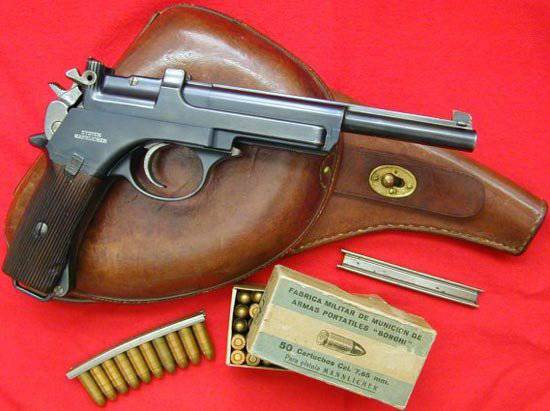 The gun of Manlichera М1901 was repeatedly improved in an attempt to put a weapon on the armament of the Austro-Hungarian army, but the weapon did not become an army pistol, despite the fact that it passed all tests quite successfully. Nevertheless, this gun was quite a great success with the military, who acquired it independently for their money. 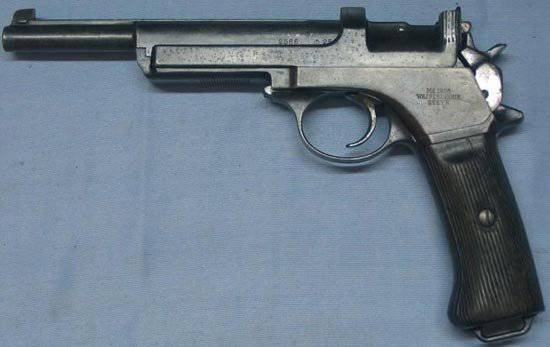 The weapon has many options, respectively, and its name also changed from МХNUMX to М1898. In the process of improvement, the pistol changed its barrel length from 1905 millimeters to 130, and its length, respectively, changed along with the capacity of the integral magazine (from 160 to 8 cartridges). Weight also changed, but it never exceeded one kilogram. In other words, constant attempts to create a weapon that would have been adopted all the time, developed a pistol adding new features and improving old ones. 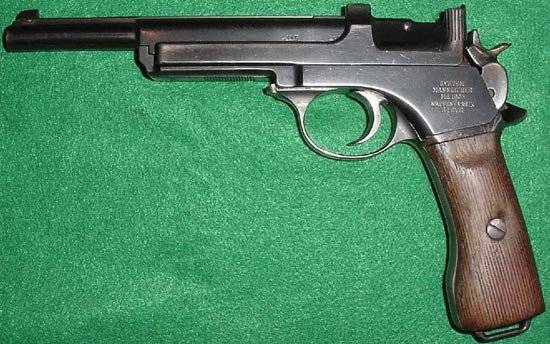 The most widespread weapons received in Latin America, where this Mannicher pistol takes the same place as our Mauser KHNUMX pistol. What is interesting ammunition for this gun is made there so far, and the weapon itself, despite its age, can be found, though not often.

Thus, this gun is a kind of exception to the rule when an unusual cartridge becomes the cause of a small proliferation of weapons. But the cartridge is not so unusual, but at the time of creating the weapon there was no particular choice, so there is nothing surprising in the fact that Manlicher managed to achieve a fairly large spread of this type of weapon.