14 2013 June
25
China launched the Long March 2F launch vehicle with the Shenzhou-10 apparatus (Shenzhou-10) on board, which will have to dock with the Tiangong-1 orbital scientific module. The launch was carried out on June 11 from the Jiuquan Chinese cosmodrome, which is located in Gansu Province on the edge of the Badan-Jilin Desert in the lower reaches of the Heihe River. At the launch of the spacecraft, the PRC Chairman Xi Jinping personally attended. Prior to that, he addressed the cosmonauts with a speech, wished them good luck and noted that they are "the pride of the Chinese people, and their mission is sacred and brilliant."


The PRC space exploration program originates in October 8 1956. In April, 1970 of the year, China put into orbit its first artificial Earth satellite, called Dunfanhun-1 (Aley East-1). But the first space flight of the Chinese astronaut took place only in the XXI century. In October 2003, the launch of the manned ship "Shenzhou-5" took place. The first spacewalk of a Chinese cosmonaut took place at the end of September 2008, as part of the mission of the Shenzhou-6 spacecraft. The first female cosmonaut appeared in China in 2012 year. She was 33-year-old Chinese Air Force major Liu Yang, who flew into space aboard the Shenzhou-9. Before 2020, China plans to build its own habitable space station in Earth orbit and design a space laboratory.

The Shenzhou-10 spacecraft carries 3 cosmonauts into space: 48-year-old mission commander Nie Haisheng, 47-year-old Zhang Xiaoguang, and 33-year-old Wang Yaping (Wang Yaping), who will chinese girl astronaut. After about 10 minutes after launch, the spacecraft separated from the rocket and went to a predetermined trajectory of the preliminary orbit. Within the next 40 hours, the spacecraft will dock with the scientific orbiter Tiangong-1. 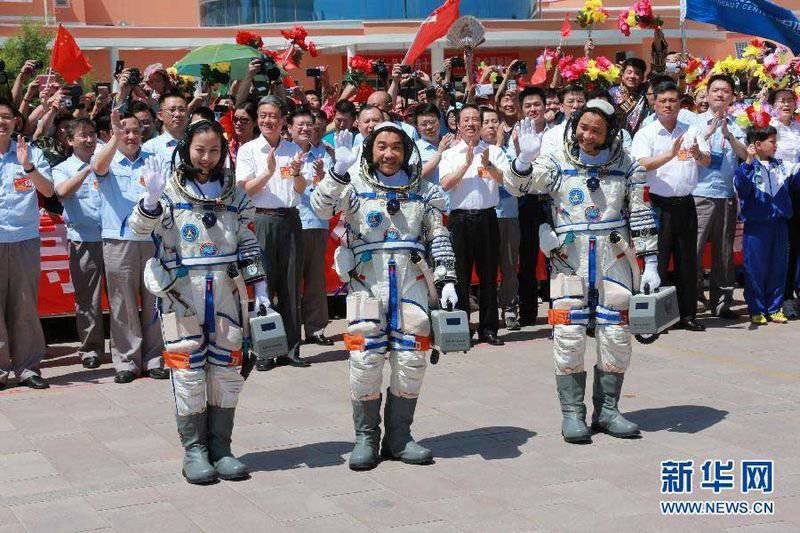 The Chinese space mission envisages a number of tasks for conducting docking in manual and automatic flight modes, as well as conducting various scientific experiments that will help China in the development of near-Earth space. The successful launch was already 5-th in the manned program of the Middle Kingdom. The mission of the spacecraft "Shenzhou-10" is designed for 15 days. Currently, this is the longest period for the Chinese manned space program.

The primary tasks of the Tiangong-1 scientific orbital module are to test docking with spacecraft, as well as to ensure the safety and normal functioning of astronauts during their short-term stay in the module. Sending the Shenzhou-10 spacecraft to the Tiangong-1 orbital module is part of China’s comprehensive program to deploy a space station with a long stay of astronauts. It is assumed that it will be launched in 2020 year. The orbital station will consist of several modules, in size and weight it will be approximately 6 times inferior to the ISS.

The National Space Administration of China stressed that the successful implementation of the Tiangong-1 docking with Shenzhou-10 will be an important step towards one of the immediate goals of the Chinese space program - building in-orbit its own space station. It is reported that the Chinese space station will include the 3 compartment. 2 manned and 1 cargo spacecraft can dock to it. It is assumed that the entire system will weigh about 90 tons. At the same time, the space station will be designed to stay on it 3 Taykonavtov who can work on it for 6 months. If necessary, various new modules can always be docked to the space station. 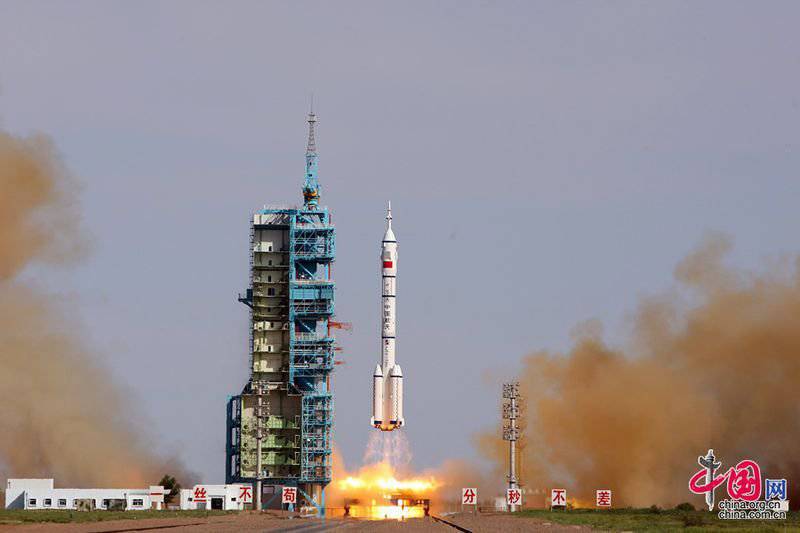 In Russian, the name of the spacecraft "Shenzhou" translates as "magic boat." A ship made in China is in many ways similar to the Russian Soyuz spacecraft, in particular, it has similar dimensions and a similar layout of modules. As of today, China is still lagging behind Russia and the United States, the world leaders in the space industry, but the launch of Shenzhou-10 was already the fifth manned start of China, starting with 2003, when the first tiecoat Yang Liwei went into space.

The entire program of space manned flights in China is implemented in the 3 phase. The first one included launching 2-x spacecraft with astronauts aboard - “Shenzhou-5” and “Shenzhou-6” in 2003 and 2005 respectively. At the second stage of the program, which is currently being implemented, China is working on the technology of docking spacecraft in Earth orbit. In the third stage of the program, China plans to launch its own space station into space. Moreover, China is not going to turn it into an international space "house". Beijing is going to use a manned orbital station exclusively for its own needs.

For the first time in stories China’s manual docking of the satellite to the Tiangong-1 orbital station was also performed by the crew of the Shenzhou-9 spacecraft, which consisted of 3's Taekonavts. The first Chinese female cosmonaut Lee Young took part in that historic flight. Soon, China will become the third country after Russia and the United States, which alone will launch into space and will maintain its own space station there. China’s progress in the space field is obvious, and the Celestial Empire gradually became one of the leading space powers. In 2011, China was ahead of the US in the number of launches of space rockets: 19 launches against 18, while Russia still remains the undisputed leader: launched 36 rockets into orbit. At the same time, a series of emergency launches with the loss of satellites had a negative impact on Russia's image. 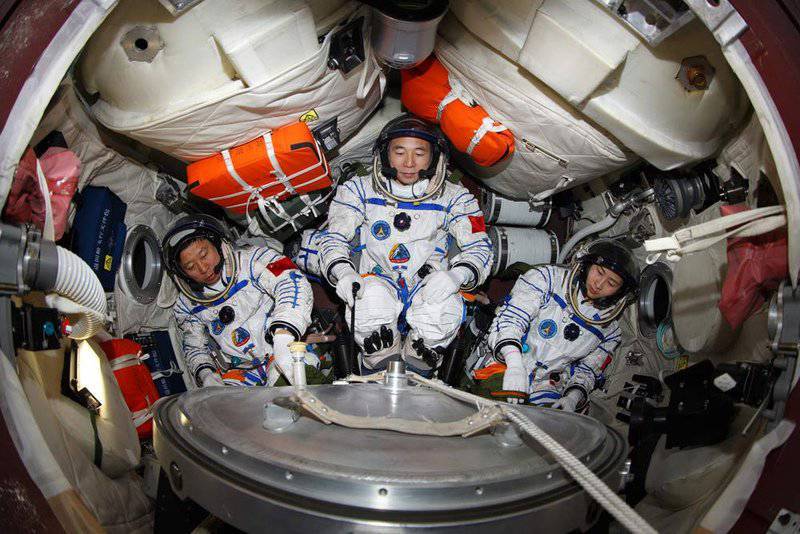 The Tiangong-1, with which the Shenzhou-10 apparatus is to dock, will soon be replaced in orbit with the more spacious Tiangong-2 module. And in the 2015 year, China plans to launch into the Earth’s orbit an even larger scientific module “Tiangun-3”. This module should become the core of the future Chinese inhabited space station.