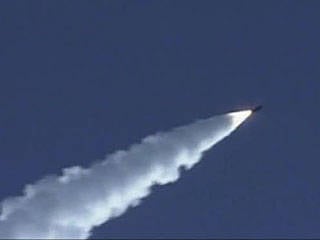 He noted that test launches are carried out in the framework of development work on the creation of promising samples of rocket technology, and combat training launches are usually combined with working out the tasks of extending the service life of missiles on duty.

Koval reminded that in 2010, the Strategic Missile Forces conducted five launches of intercontinental ballistic missiles. Including the launch of the RS-20В "Voevoda" rocket (according to the Western classification "Satan") from the position area of ​​the Yasnensky missile division (Orenburg region) in order to confirm the rocket flight performance and extend the service life of the "Voevoda" missile system to 23 years . Two launchings of the RS-20B rocket (from the Baikonur cosmodrome and from the position area of ​​the Yasnensky division) were also carried out using the Dnipro conversion program with launching spacecraft into near-earth orbit.

In 2010, two launchings of the PC-12M Topol missiles were also carried out. Including one from the Plesetsk cosmodrome (Arkhangelsk region); the second - from the Kapustin Yar test site in order to confirm the stability of the main flight technical characteristics of missiles of this class during the extended service life, as well as working out measuring instruments of various types of measuring complexes in the interests of the Armed Forces of the Russian Federation, the next test of combat equipment of intercontinental ballistic missiles.

He noted that the quantitative and qualitative characteristics of the officers of the Strategic Missile Forces can solve the tasks of maintaining alertness. "The officers of the 61 nationality serve in the units and formations, 98% of them have higher education. The average age of officers is less than 33 years, and 45% of officers are under the age of 30 years," Koval said.