There is such a profession - the driver 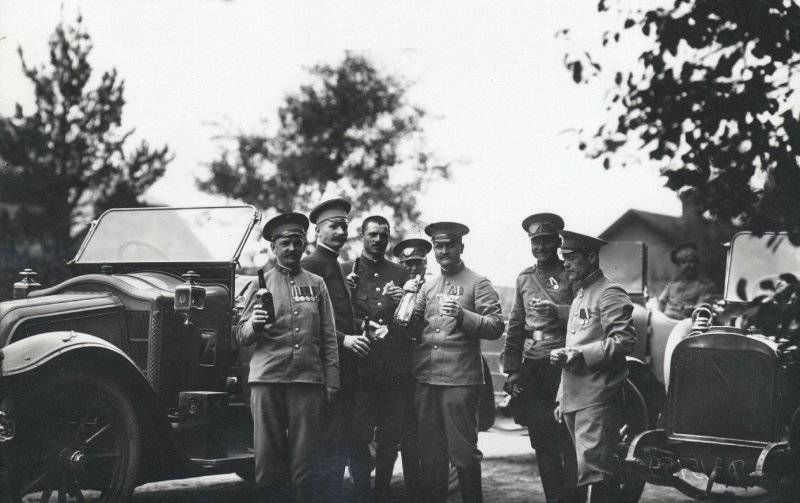 In 1906, the Imperial garage was created at the court of Nicholas II. He was in Petrograd. Subsequently, he became the autobase of the Soviet government. In 1917, the fleet of this car base was 46 cars: among them are the cars of the most famous foreign brands - Mercedes, Delone-Belleville, Rolls-Royce, as well as the Russian models Lessner and Russo-Balt.

In 1918, the Soviet government moved to Moscow, and all motor vehicles serving Lenin and his associates were transferred to the Kremlin. It was these machines that became the basis of the special purpose garage, the order for the creation of which was personally signed by Lenin in December 1920 of the year. The first head of the Kremlin garage was Lenin’s personal driver, Stepan Gil. The Russian government did not stint on updating special purpose cars. After World War I, the production of Russian cars ceased. Therefore, in England, they bought fifteen Rolls-Royces, each of which cost about five thousand dollars. The garage cars served Lenin, Trotsky, Lunacharsky, Stalin and other members of the new Russian government. Every year, the maintenance of the garage went, for those times, a fabulous sum - one million dollars. At the time when Stalin ruled the country, such motorcars as the Packards, Pierce Urow, Lincolns, Cadillacs, Rolls-Royces were included in his tuples. Stalin's most favorite car was a gift from US President F. Roosevelt - the Packard Twelv, which was repainted from white to black by order of Stalin. 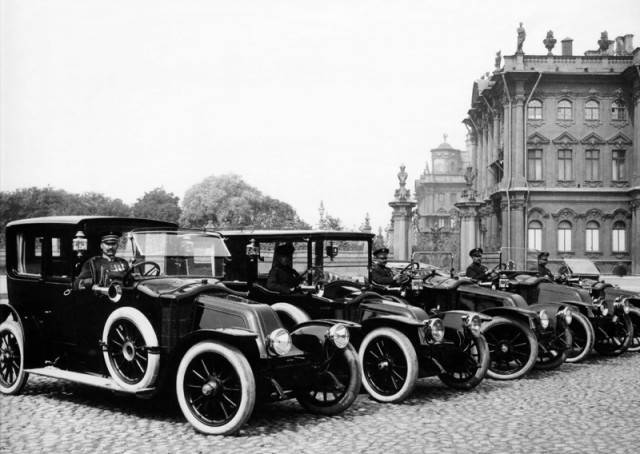 Foreigners were surprised that the main machine of Russian officials were Rolls-Royces. But it was not only the brand of a foreign car, this car was at that time the most perfect and safe. She was the embodiment of respectability and armored security.

Even then, the drivers of the special purpose garage (hereinafter - GON) had unique skills and professionalism. In the years of the Great Patriotic War, when driving with the special services, GON drivers had to develop such routes for government vehicles to minimize the likelihood of enemy sabotage against leading figures. The drivers of GON worked at the Teheran Conference, accompanying all the movements of Stalin, Voroshilov and Molotov, and in 1945 year at the Yalta Conference - transporting Stalin, Molotov, Roosevelt and Churchill. 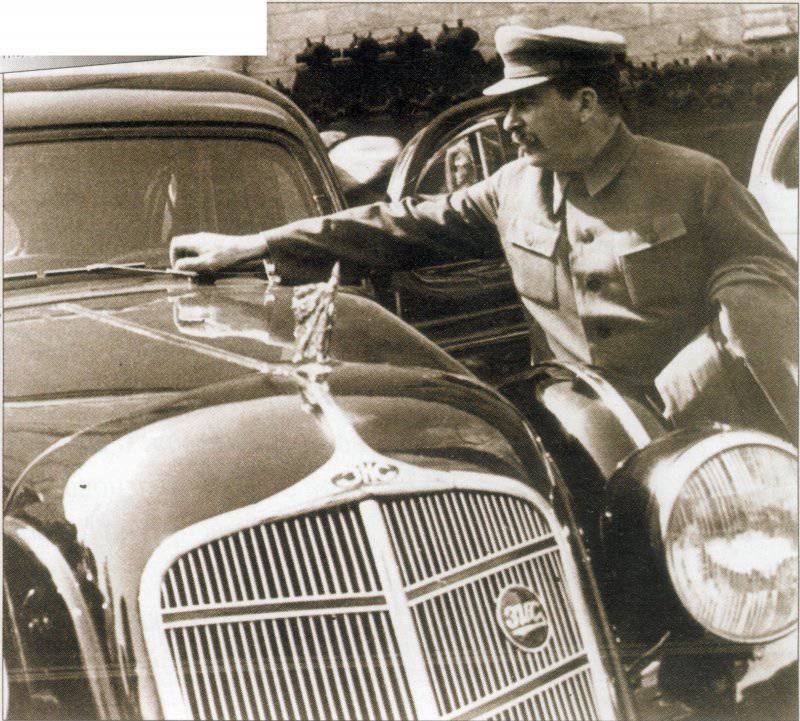 After the war, in the Kremlin's garage, along with German captured cars of the Daimler, Horch and Mercedes-Benz brands, domestic ZIS-110 cars also appeared, marking the beginning of a domestic car series of the executive class.

Already in 1967, the plant them. Likhachev, to replace the ZIS-110, was designed limousine ZIL-114, which became the leader of the Soviet automobile industry. By 1978, this model of soap was improved and received the name ZIL-115. In the motorcade of Brezhnev there were two such cars - a station wagon and a sedan. Although Leonid Ilyich preferred all the same foreign-made cars - from the "Lincoln" to "Mercedes".

In 70-s GON headed by the head coach of the Soviet national motor sport team - E.S. Tsygankov. He raised the professionalism of the special vehicle drivers to unprecedented heights. Until now, old-timers remember the "gypsy school", which is rightly considered the benchmark of quality and reliability.

Foreign and Russian specialists and law enforcement officers highly appreciate the professionalism and level of training of GON drivers: they are not afraid of any unexpected situations. 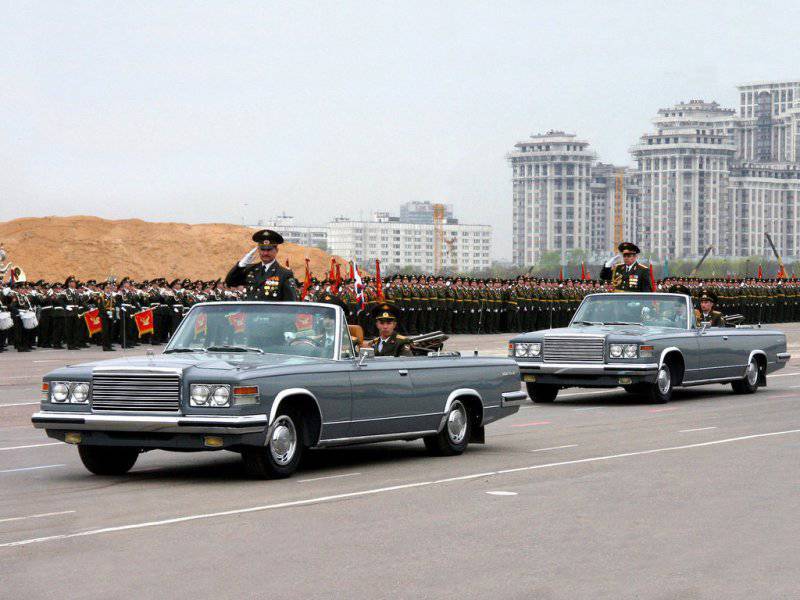 For example, while escorting the President of Yugoslavia to the airport, a passenger car suddenly jumped out to meet the motorcade, which lost control due to wet asphalt. The driver of GON, from the accompanying car, decided to substitute his car. He managed to do this in such a way that everyone remained alive and the equipment was minimally damaged. The motorcade continued its movement.

The special purpose garage is located in the former boyar chambers of the 17th century, not far from the Borovitsky gate. Here are all the cars of the first persons of the state. The garage doors N 10 are always half open, as they are an exit for operational vehicles. There is a long-standing tradition that GON cars are washed only by women and only by hand.

GON has its own spare parts warehouse and car repair shops. In the courtyard of the special garage there are armored ZILs - the national pride of the Russian car industry. I must say that in the West, much later, they guessed to build a car frame around an armored capsule. Now in the garage are mainly Mercedes S, E and G-classes. The total number of cars registered in the GON is about one hundred units.

Most people know about GON only that the Minister of Defense and the Parade Commander are going to the 9 May Parade in cars from a special purpose garage. The clear, uniform and beautiful movement of these machines is admired by everyone. So the machine can be managed by the highest level specialists.

But in fairness, I must say that not only the drivers of GON have the highest professional training. At the parade, many drew attention to the powerful military equipment, smoothly moving to the sounds of military marches. 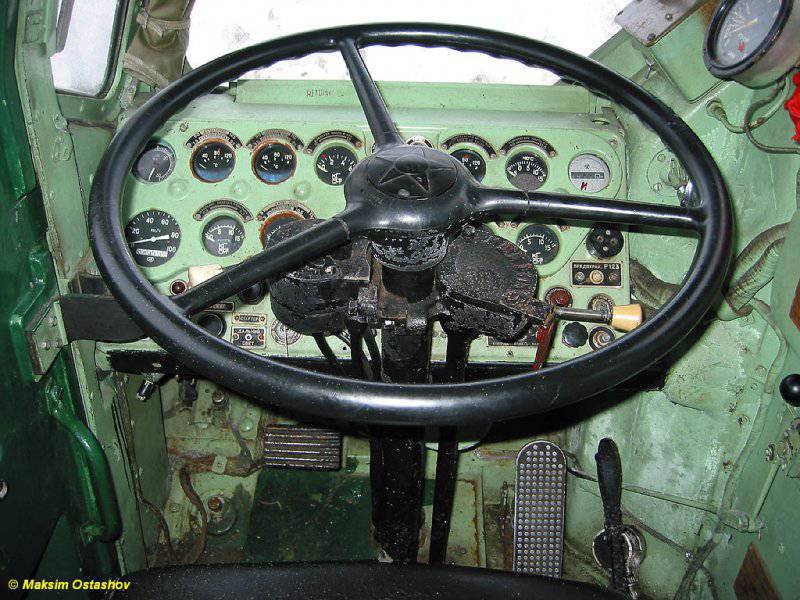 Thus, in the Astrakhan region, junior military specialists of the Strategic Missile Forces are trained at the Kapustin Yar test site. At this test site (161-I school of technicians), it is the drivers of vehicles on multi-axle chassis that are trained for Topol, Topol-M and Yars. Future drivers of rocket complexes learn to drive along limited roads, overcome artificial and natural obstacles, and learn how to drive at high speeds and in any conditions. The training course lasts about three months. In addition to practical driving, it includes theoretical training and training on simulators. Note that the training complex is the pride of the 161 training center. It consists of two modern computer simulators, with the help of which future driving mechanics-drivers of multipurpose tractors and self-propelled launchers gain driving skills. Imitators allow you to recreate various difficult situations on the simulator: driving off-road and difficult roads, in various extreme conditions, and any time of day and under all kinds of weather conditions. The circuit is equipped at the range, which allows students to acquire practical skills in driving sophisticated military equipment on MAZ-7917 and MAZ-543 wheeled chassis. 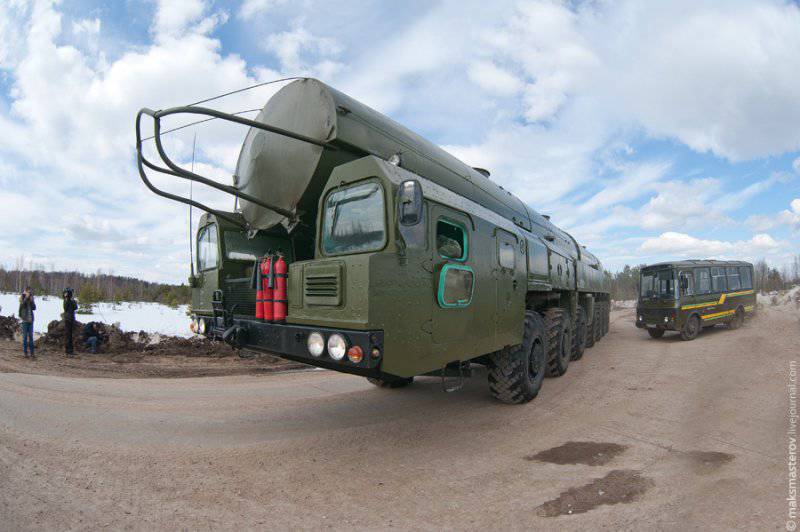 The cadets of this school of driver-mechanics study not only equipment, but also humanitarian subjects. In their curriculum there are about 30 disciplines: higher mathematics, mechanics, sociologists, philosophy and more.

Future specialists are mastering such items as a car device, maintenance, as well as methods of driving and operating special military transport equipment. Every year, two thousand cadets of this unique school join the ranks of the Russian rocket troops.

It must be said that the drivers serving in the missile forces are obliged to ensure the safe and effective operation of the equipment entrusted to them. They are required to economically consume fuel and lubricants, timely carry out maintenance of equipment, keep the vehicle in constant combat readiness. The driver must have the following skills: be able to eliminate the damage in the shortest possible time, drive a car at any time of the day, under any weather conditions, in any terrain. The more the driver is engaged in the maintenance and operation of vehicles, the faster he masters his specialty. 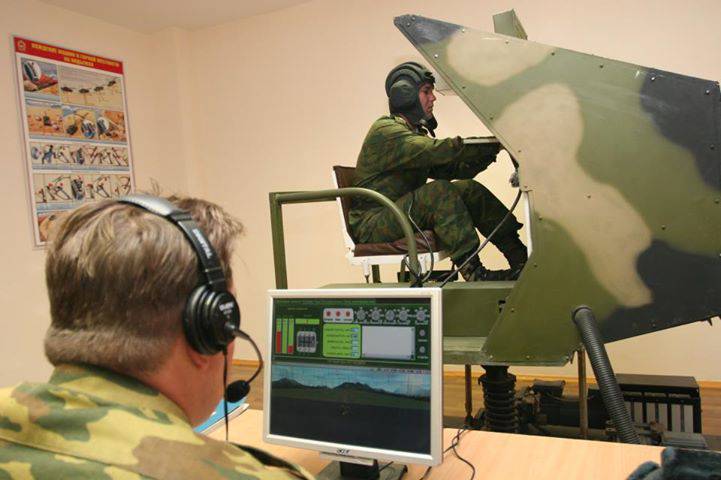 The work of the driver of multi-axle trucks is rather laborious: he is required to control the movement of the vehicle and the mechanisms of the missile systems, while simultaneously monitoring the readings of the instruments and determining by ear the engine running conditions. The driver has to process a significant amount of information, he is constantly subjected to dynamic and static loads. Drivers often go on long trips related to the specifics of their service. Most of the time drivers spend in the cab of the vehicle. And this is in the presence of vibrations, gas pollution due to exhaust gases and constant noise from the engine running. The greatest strain on the driver’s forces is on duty, the occurrence of pre-emergency situations on a given route, and responsibility when transporting personnel in difficult weather and road conditions. The driver of multi-axle machines has to make decisions in any situation in the shortest possible time in any situation, to keep working with increasing fatigue, to keep attention even under the influence of external influences or fright. An important quality of the driver is the ability of rapid visual adaptation, psychological stability, the speed of switching attention, as well as excellent coordination of leg and arm movements.

But not only the drivers of the GON and the Strategic Missile Forces deserve respect. The list of military registration specialties of the Russian armed forces includes driver mechanics tanks, BTR drivers, mechanic drivers of anti-aircraft self-propelled guns with radar, mechanics-drivers-radio operators, mechanics-drivers of multi-axle diesel cars and senior mechanics-drivers. And from all these specialists who serve for the benefit of protecting their homeland, the manifestation of all those qualities that helped our fathers and grandfathers save the Russian State from destruction and enslavement is required.

Ctrl Enter
Noticed a mistake Highlight text and press. Ctrl + Enter
We are
Day of Innovation of the Southern Military District: automotive equipmentCars and transporters of the military medical service
14 comments
Information
Dear reader, to leave comments on the publication, you must to register.