5 2013 June
105
About a year and a half ago, there was an active discussion in the press and among the interested public about the purchase of two Italian-made combat vehicles. According to official data, the B1 Centauro wheeled tank and the Freccia infantry fighting vehicle were intended for testing under Russian polygon conditions. However, already with the appearance of the first reports of such a purchase, the boldest assumptions appeared, including the impending rearmament of the Russian army with Italian equipment. Such far-reaching conclusions immediately became a pretext for accusations against the then leadership of the Ministry of Defense and a new topic for disputes. However, the tests of “Centauro” and “Freccia” began, passed and ended, and the Russian Ministry of Defense did not initiate negotiations on the supply of foreign equipment. 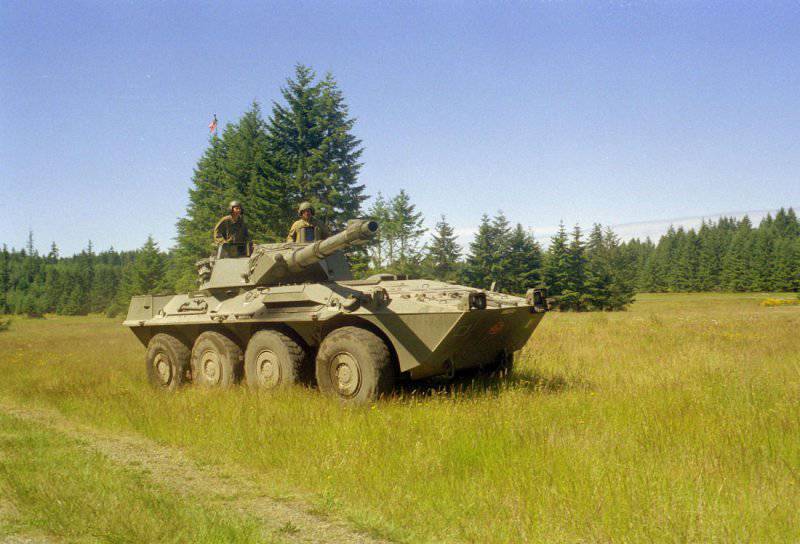 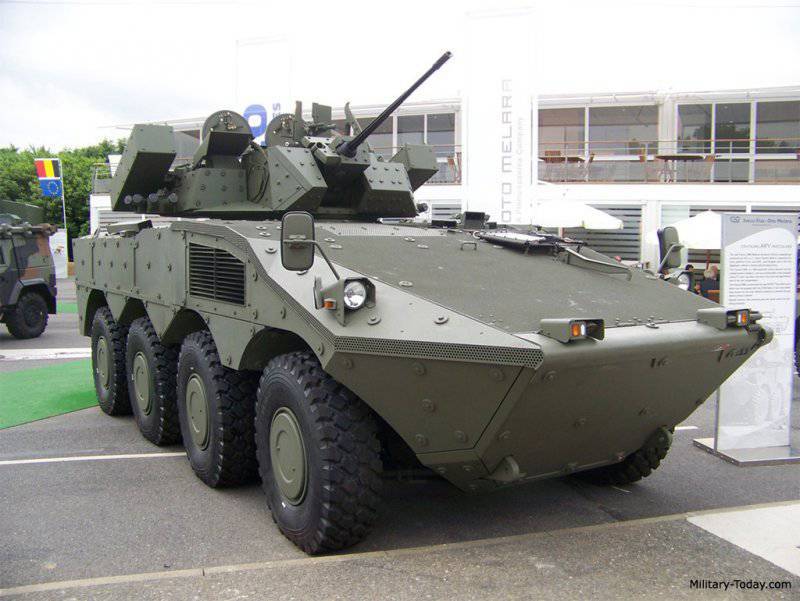 Tests on Russian landfills allowed to identify all the pros and cons of the selected wheeled armored vehicles and draw the appropriate conclusions. Probably one of them was the recognition of the unsuitability of Italian equipment for use in our army. In addition, there is a popular opinion, according to which the information obtained during testing is used in the course of work on the creation of new domestic wheeled armored vehicles. Anyway, the Ministry of Defense decided to equip the troops with combat vehicles of this class, but designed in accordance with their own requirements and adapted to the existing conditions.

Despite the apparent remoteness of such events, over the coming years, new wheeled armored vehicles will go into service and it will be necessary to ensure their operation in the troops, as well as to distribute them properly into subunits. In this case, again, foreign experience could be useful, but even here one should not adopt it without careful study and analysis. The fact is that domestic armed forces began to operate wheeled armored vehicles back in the sixties of the last century. At the same time, while the BTR-60 armored personnel carriers were actively produced in the Soviet Union, troops received tracked M113 in NATO countries, and the pace of construction of wheeled vehicles left much to be desired. A characteristic feature of the land connections of all countries was the heterogeneity of the fleet of vehicles: even the USSR and its allies did not have large subunits equipped only with wheeled armored vehicles.

Thus, the regiments from one Soviet division could operate not only different models of equipment, but also different classes: one regiment could be equipped with armored troop-carriers on a wheel track, the other with tracked infantry fighting vehicles. Abroad, the situation in some moments repeated the Soviet, although it had its own specifics. For example, the United States Army quickly received the required number of tracked M113 armored personnel carriers, which were transported by all infantry personnel. The European countries of NATO, in turn, for a long time had to use both M113 and trucks of various models at the same time. It is worth noting that in most countries of the North Atlantic Alliance there were separate units equipped with light armored vehicles, including wheeled armored vehicles. However, their numbers did not allow to have a significant impact on the appearance of all armed forces.

Until a certain time around the world wheeled armored vehicles were not considered as a full-fledged military means. She was often assigned a supporting role - for example, armored personnel carriers for many years were considered solely as a means of delivering personnel to the front line, after which the support of the fighters by fire was assigned to infantry fighting vehicles. However, the combination of characteristics of wheeled vehicles, as well as the high speed and performance characteristics of the wheel propulsion, eventually forced the military to reconsider their views. Perhaps the Americans came to the boldest conclusions in the nineties. They considered that wheeled armored vehicles were necessary for equipping units of a new type.

During the division of the land divisions into two types, the existing armored and unprotected vehicles were divided between heavy and light units. This division has caused a significant gap in the combat capabilities of units. Therefore, the creation of a new type of brigades and divisions — medium divisions — was initiated, and a special project was launched for their armament. As a result of this project, the Stryker family of armored wheeled vehicles appeared, incorporating various-purpose equipment. In 2003, the first brigade fully armed with such armored vehicles appeared in the US ground forces. The brigade had more than three hundred "Strikers", towed artillery, anti-tank missile systems, etc. At the same time, any caterpillar equipment, such as Tanks, infantry fighting vehicles or self-propelled artillery, were completely absent. Their functions were performed by the corresponding machines based on the Stryker chassis.

During the first months of combat operations in Iraq, the middle infantry units demonstrated their advantages and disadvantages. At the same time, as it was repeatedly noted, the overwhelming majority of problems were related to technology, and not to the organizational structure of the units. Medium-sized units have a greater combat potential compared to light and more mobile than heavy ones. Thus, it is the middle brigades and divisions that turn out to be a means of quick response to the threats that have arisen. If necessary, such a unit can be quickly transferred to the desired area, where it will begin hostilities, without waiting for the arrival of heavy equipment: tanks or SPG.

Over the past ten years, the Pentagon has been actively developing and improving its structure of ground forces, based on three types of connections. All disputes about the need for such separation ceased in the late nineties, at the present time no one doubts the correctness of such a decision. If desired, the positive American experience can be used to advantage: since the US has already spent its time and money on improving the middle divisions and shaping their final appearance, our country has the opportunity to simply analyze the results and adapt the American experience to Russian conditions at the theoretical level.

In the autumn of 2011, information appeared about the upcoming transformation of the Russian ground forces. According to the information, for several years it was planned to create in the structure of the Russian army heavy, light and medium brigades. A few months later, in July last year 2012, the latest media appeared in the media. news regarding the equipment of these units. At that time, the equipment for the brigades of the future was distributed as follows: vehicles based on the Armata platform for heavy connections, Tiger and Lynx armored vehicles for the lungs, as well as vehicles based on several wheeled platforms for the medium.

However, such plans immediately caused a lot of questions, the most important of which was the problem of expediency. There is still no consensus on whether our army needs such a structure with separate heavy, medium and light units. First of all, it is necessary to note the specifics of the use and mobility of such units in the light of potential threats. In the near future, the Russian army will not fight at a great distance from the territory of the country, therefore, it is necessary to take into account the peculiarities of the transfer of equipment and personnel within its borders.

The transfer of troops to relatively short distances, if necessary, may well be carried out on its own. As for more serious transport tasks, for example, the transfer of personnel and equipment from the European part of the country to Siberia or the Far East, the railway is the only convenient means. However, the features of rail transport deprive the middle units of any advantages over the heavy mobility. As for the military transport aviation, then it can effectively carry out its tasks only when moving troops to a distance of several thousand kilometers. The increase in range, in turn, may be associated with serious logistical problems.

If necessary, such problems can be solved at once in several ways, each of which, however, will require the creation of appropriate infrastructure and additional costs. The same can be said about the very idea of ​​introducing into the armed forces a system with three types of connections. In this case, the question again arises about the appropriateness of such transformations. Do Russian armed forces need medium-sized brigades with the appropriate equipment? Probably needed. But they should be created, not simply by adopting foreign solutions, but by conducting a thorough analysis of the opportunities, shortcomings and prospects in the light of the threats of the present time and the near future. 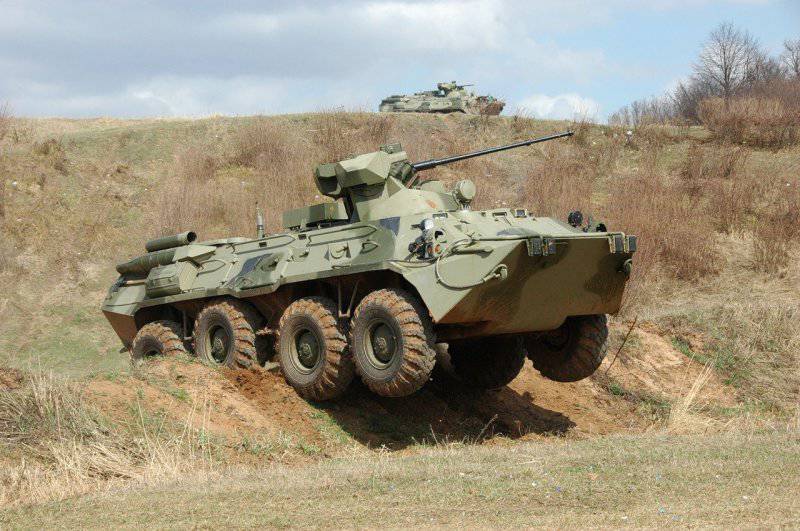 Ctrl Enter
Noticed oshЫbku Highlight text and press. Ctrl + Enter
We are
In the footsteps of the exhibition Eurosatory 2016: trends in the development of armored vehicles. Part of 2The advantages and problems of wheeled tanks
105 comments
Information
Dear reader, to leave comments on the publication, you must to register.