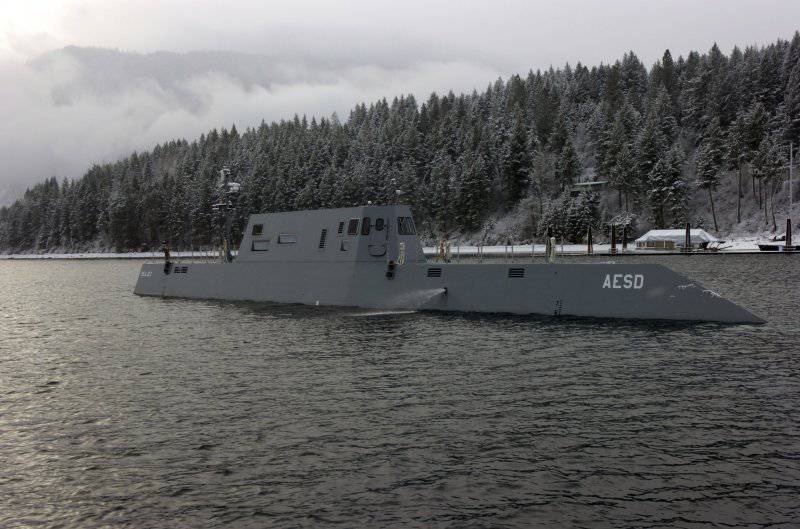 "Sea Jet" - an experimental vessel (AESD) was built at the shipyard Dakota Creek Industries in Anacortes, WA.
The ship (AESD) was baptized on August 24 2005 of the year. The ceremony took place at the Bayview Acoustic Research Center. Chief of Naval Research Rear Admiral M. Jay Cohen made a speech at the christening. Vessel sponsor Kathleen Harper, wife Thurman Harper, vice president of technical support for Rolls-Royce, traditionally smashed a bottle of champagne about the fortsteveven. The ship was dubbed the "Sea Jet".
The development and conduct of further research on the project is funded by the Office of Naval Research (ONR). Essentially, this is a reduced (1: 4) model of the destroyer class "Zumbalt" - has 40 m in length and a displacement at full load 120 tons. The design of the "Sea Jet" was designed by Computer Sciences Corporation (CSC). Vessel passes tests quite far from the sea, on the lake Pend Oreille. Lake Pend Oreille in its natural characteristics is ideal for hydrodynamic, electromagnetic and acoustic tests. The lake is quite deep (350 meters) and isolated. Acoustic tests are carried out during the night, when the influence of extraneous noise is minimal. In the cold season, trials can begin only at the beginning of the day. Also, the preference for an open ocean to a lake made it possible to avoid considerable financial costs. 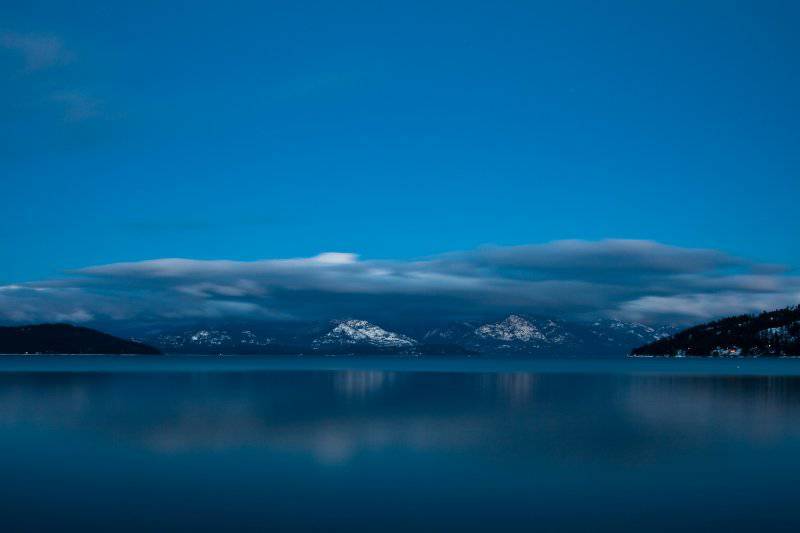 The research is being conducted by the US Navy Surface Development Center at Carderock and the Acoustic Research Department of the Acoustic Research (Acoustic Research Detachment) in Bayview, Idaho. At that time, the "Sea Jet" was equipped with a 250 kW diesel generator, supplying a battery consisting of 720 12V-cells (XE40 Genesis battery) through the battery system, which eventually gave out 650kW power Rolls-Royce AWJ-21 movement (power-by 300 kW each), integrated into the hull below the waterline. On the "Sea Jet" works a crew of up to six people. The vessel reaches a maximum speed of 8 nodes on the diesel and 16 nodes on the batteries.
Among the first technologies tested on the ship were Rolls-Royce AWJ-21 — the propulsion engines developed at Rolls Royce Naval Marine (RRNM), providing increased efficiency on propellers, reduced acoustic signature, as well as improved maneuverability compared to previous ships of the DDG 51- class destroyers. Additional benefits from the use of technology embedded in the AWJ-21, according to the designers, are to increase the speed of the vessel, this allows you to make the hull more elegant, working without steering surfaces, shafts and the propeller spreader. Unlike conventional water cannons, the system works completely underwater, reducing noise and a trace on the surface to improve stealth. Lightweight and compact, the AWJ-21 allows ships to operate in shallow water. The complex of its steering and reversing system improves maneuverability at low speeds. AWJ-21 movers were tested on the Grand Cavitation Channel in Memphis, Tennessee, in the middle of 2005.
Employees of Philadelphia's Code 90 designed electric motors and their life support systems. General Dynamics also contributed to the design and development of an electric power drive. In ARL at the University of Pennsylvania, test support was provided at the initial stage of development of AWJ-21 movers. MIT helped with its design. 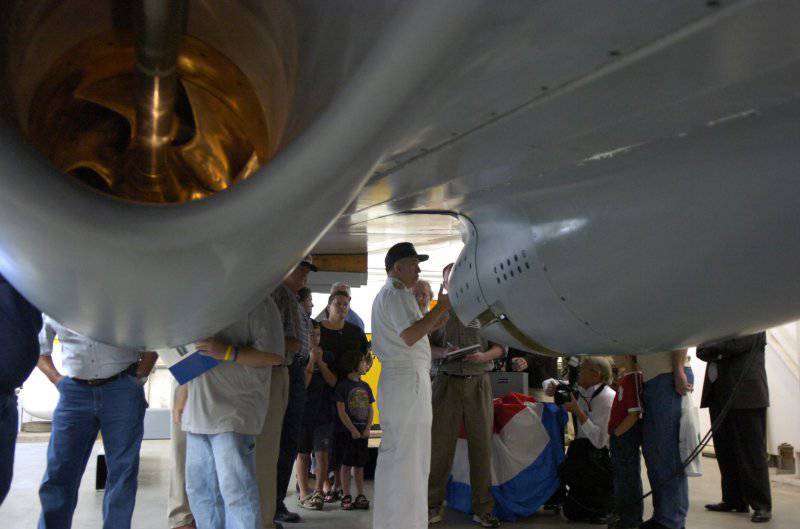 30 November 2005, the first day of sea trials at Pend Oreille took place. By mid-May 2006, it was reported that Sea Jet at Pend Oreille was undergoing tests for 16 days in a row, passing through three-foot waves, splitting them like a razor.

14 March 2008, after improvements related to the installation of the Rimjet propulsion unit, as well as the corresponding mechanical and electrical systems, Sea Jet returned to Lake Pend Oreille to continue hydrodynamic, electromagnetic and acoustic tests.
Other changes include the removal of the aluminum wheelhouse and the installation instead of a wheelhouse made with the use of composite materials, to a varying degree absorbing electromagnetic waves.
RIMJET-propulsion is a new type of propulsion system developed by General Dynamics Electric Boat with an electric control system developed by Rolls Royce, in which the propeller is part of an electric motor. 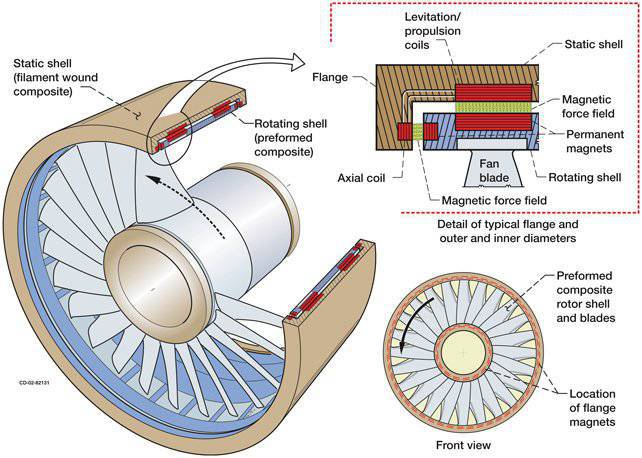 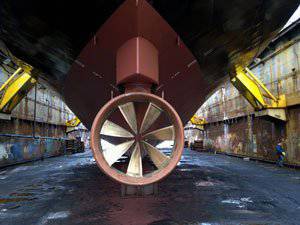 The advantages over the AWJ-21 are high torque output, minimal impact on the hull contour and the ability to turn the nacelles. The blades of the RIMJET propulsion unit are not installed in the hub, but in the rim, which provides several advantages: the RIMJET operates at relatively low revolutions per minute. When RIMJET is working, cavitation phenomena are reduced significantly, and the rim prevents the formation of tip vortices. It also promises to be much more reliable and easier to maintain: it eliminates the need for a cooling system, eliminates the need for a lubrication system for bearings and seals, and the absence of a rack on the outside of the screw reduces cavitation erosion.
Eating from the Sea Jet batteries at that time, the autonomy was maximum 3 hours, after which it took 14 hours to recharge, which significantly slowed down the experiments.
In May, the 2008 of the year, the United States Naval Aircraft Development Center at Carderock and the Acoustic Research Department were presented with a report on the results of research related to the possibility of installing fuel cells as a power source on Sea Jet. From the report indicated that the integration of fuel cells on board the "Sea Jet" is possible.
The report looked at various fuel cell options as well as various methods of storing hydrogen on board the Sea Jet.
As options for fuel cells were presented:
SIEMENS (BZM 120), BALLARD (HD6), HELIOCENTRICS (HyPM HD-65).
In December, 2010, University of Idaho, University of Idaho College of Engineering Moscow, ID 83844 (there is such a city in the United States) presented a report to NAVSEA, the Acoustic Research Division.
In the report, fuel cells were no longer considered as a power source — the system was too cumbersome and expensive to be sold.
As an alternative, the use of lithium-ion batteries was considered, providing a power reserve of up to 10 hours ....
In October, the USN Zumwalt (DDG-2008) tab was held at the Bath Iron Works shipyard.
The destroyer includes many of the developments obtained during the operation of the "Sea Jet". 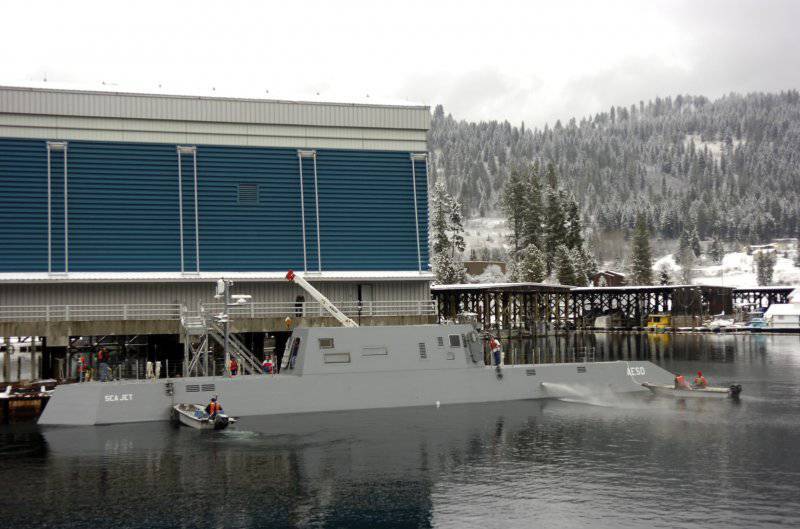 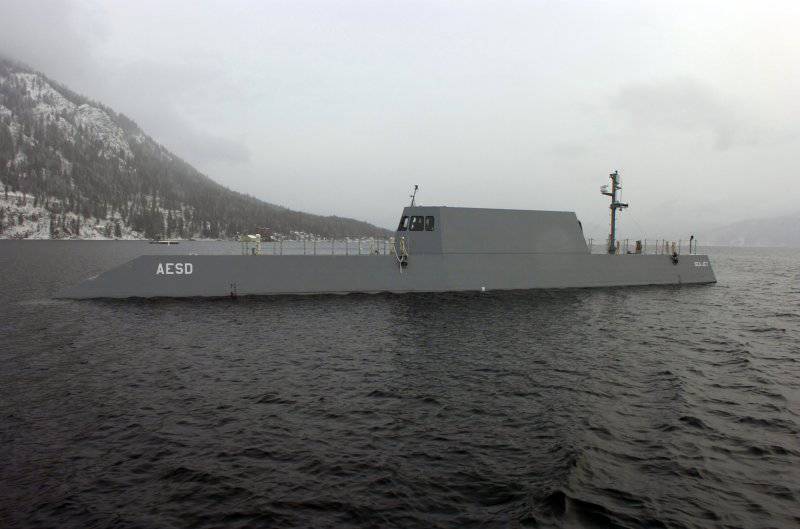 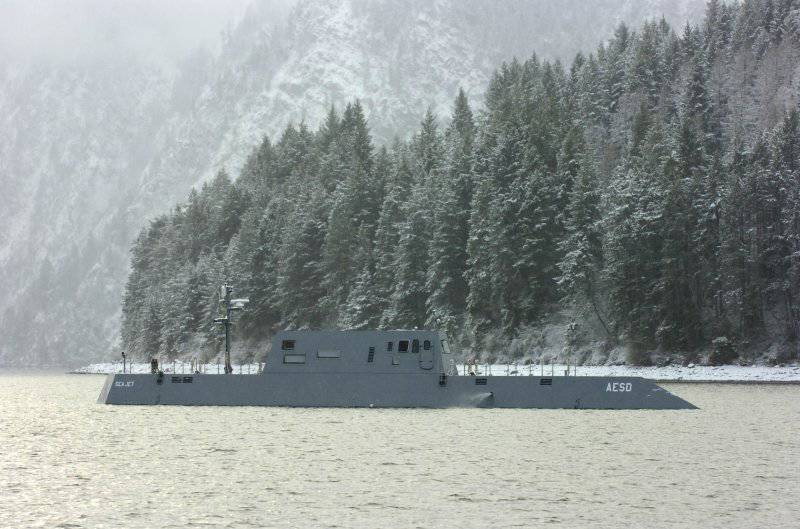 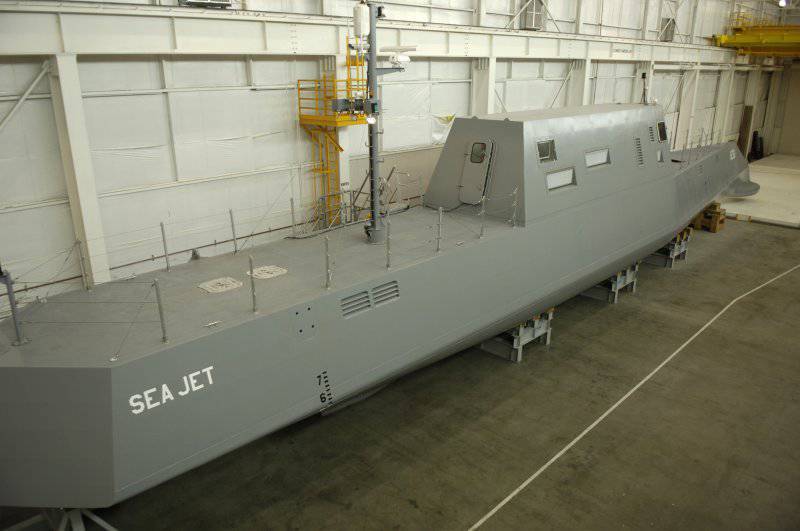 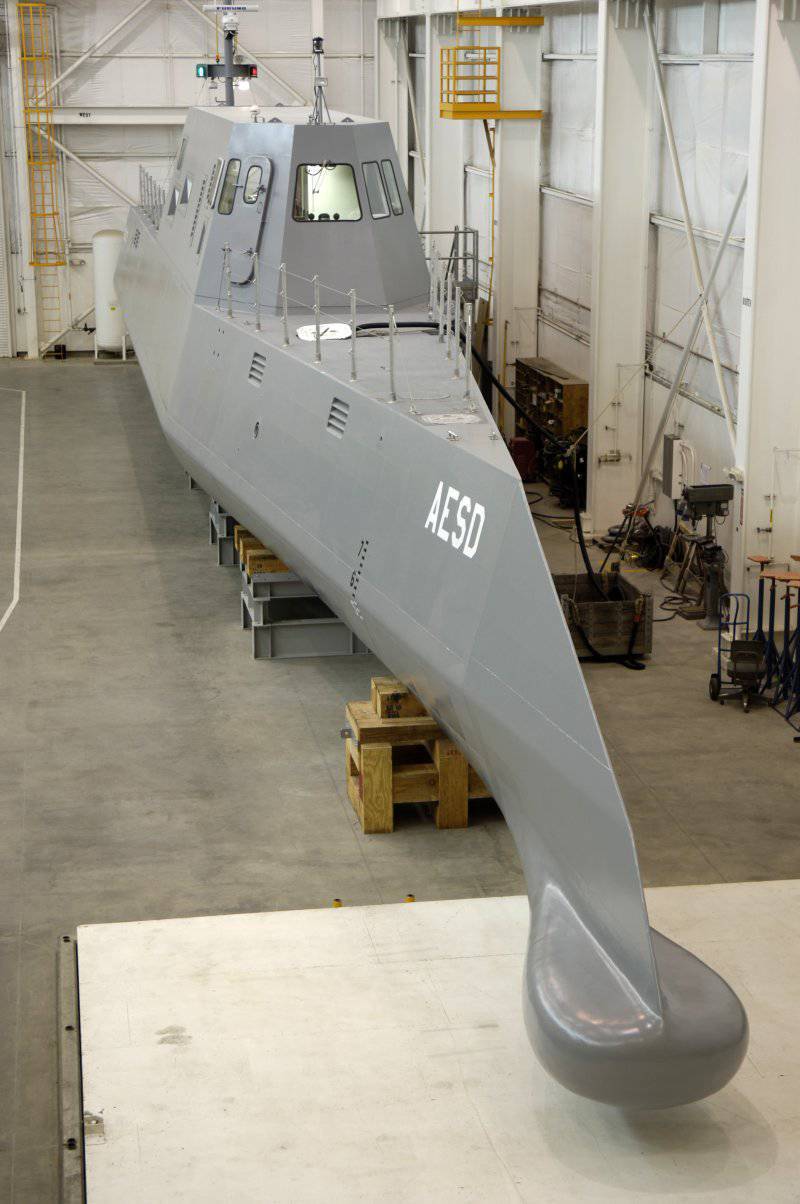 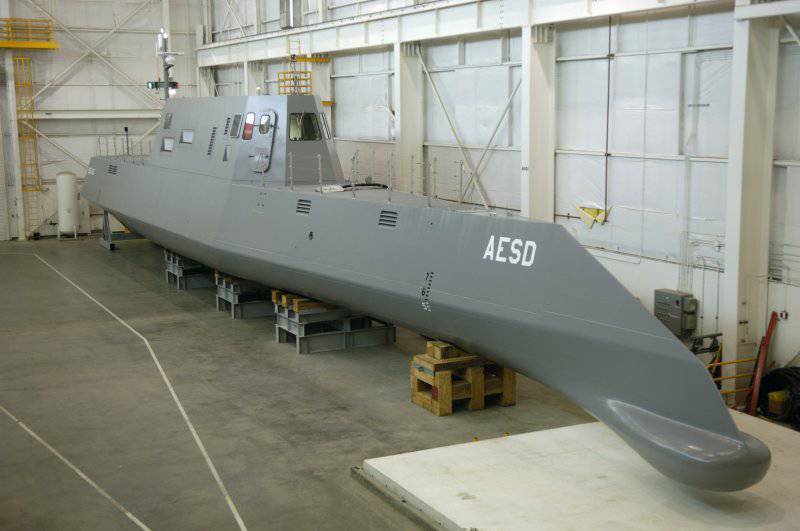 Ctrl Enter
Noticed a mistake Highlight text and press. Ctrl + Enter
We are
Coastal Warships: Modern Approach"Svetlana". History of creation
16 comments
Information
Dear reader, to leave comments on the publication, you must to register.