There will be more engineers and doctors: about the plans of the Ministry of Education 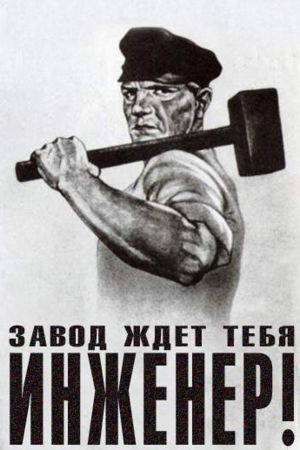 Every year, a few days before the start of the school final exams, officials of the Ministry of Education and Science announce their plans for the current campaign for admission to higher educational institutions. 20 May, Deputy Minister of Education A. Klimov told some details of the intentions of his department. The ministry’s announced plans show a clear program of action, the purpose of which is to change the existing system of allocating budget places in universities.


At first, Klimov noted that the number of planned budgetary places will remain the same as it was in the past 2012 year: 491 thousand of yesterday's schoolchildren will be able to get higher education at public expense. At the same time, the chances of enrolling this year are slightly higher than in the past, because this year the number of graduates has decreased by 1,3%. Simultaneously with the preservation of the total number of budget places, officials from education decided to significantly revise the system of their distribution. Changes of this kind have been significant and worth attention.

The future reception campaign is very different from the previous one in the so-called admission control figures (CPC), which characterize the distribution of budget places by specialties, etc. First of all, it should be noted that this year the number of budget places for future masters will increase by 20%. Such a significant increase was the result of a small reduction in undergraduate and specialist programs - these places will be the least by three percent. Also this year, budget places in specialties related to economics and management will be reduced by 19,8%. It was decided to distribute these places among the natural sciences (2,5%), technical (5,3%), medical (5,9%), and pedagogical (6,1%).

Also this year will be a little more full-time. PCC for this form of training increased by 0,6%. The number of evening and correspondence students at the same time reduced by 2,5%. However, in this case, full-time and part-time studies will be able to pass more than 94 thousands of new students. Of these, 79403 people will study under the undergraduate program, more than 10 thousand will become specialists, and 4486 budget places will be provided for part-time masters. A similar distribution of places for full-time students will be 268674 places for bachelors, 57875 for specialists and 69968 for masters.

The volume of the PCC was also divided into federal and regional components, in accordance with the numerical indicators of which the funding of universities was distributed. This was done in order to preserve a sufficient number of budget places in the regions and, as a result, to provide training for specialists necessary in the current economic conditions. The division of budget places on this principle was as follows. The regional programs are allotted 70% of the PIC for bachelors and specialists, the rest falls to the master programs. The federal component of the total volume of PCC was distributed the other way round: 70% falls on the master’s degree programs.

In determining the necessary distribution of PCC, the employees of the Ministry of Education were guided by the proposals of the constituent entities of the Russian Federation, the wishes of the largest employers, etc. In addition, several other ministries that have their own institutions of higher education took part in creating the relevant documents. With regard to the distribution of budgetary places by region and university, in this case the results of last year’s performance monitoring, statistics from the Ministry of Labor and data on last year’s graduation and entrance exams (for undergraduate and specialist), as well as funding and research activities for programs magistracy.

As a result of an analysis of the capabilities and potential of 43 educational institutions, the leading universities in the country received 22,9% of the total number of budget places envisaged for undergraduate and specialist programs, as well as 36,6% of the planned full-time graduate students. It should also be noted that these 43 of the largest higher educational institutions divided between themselves and 28,8% of the enrollment in technical specialties provided by the control figures.

Some cuts were made to budget places allocated to non-state educational institutions. So, this year, all such organizations received only 0,5% of the total amount provided by the CPC. It is worth noting that this is more than two times lower than the similar indicator for the last year, when non-state universities received a share of the PSC in 1,3%. Thus, non-state academies and universities this year in total will accept only 2105 state students. Legal professions (61%), as well as economic and managerial (46%), were subjected to the largest reductions in non-state universities.

In the new data on the future admission campaign, announced by the leadership of the Ministry of Education, several major trends are clearly traced. First of all, it is necessary to note the preservation of the existing number of training places even against the background of the reduction in the number of graduates. Also of particular interest is the trend with the constant reduction of budget financing of non-state higher education institutions. As the main prerequisite for the revision of the percentage of PCC allocated to a particular university, can be considered last year's performance monitoring. As the work of inspectors has shown, some universities and academies do not cope with the duties assigned to them, and therefore in the current state should not receive government funding.

A characteristic feature of the CPC plans for this year was a significant change in the budget places provided for training in certain specialties. The economic and managerial direction lost almost a fifth of the seats in comparison with the previous year, and the corresponding financing is planned to be redirected to other areas. The highest priority in the separation of vacant places received pedagogical direction and medicine. Thus, long-standing conversations about the oversupply of managers, lawyers or economists and the lack of specialists in other areas are gradually turning into a clear and systematic tendency, the aim of which is to correct the current bias. In the light of the statements of recent years about the need to increase the number of engineers and technical specialists, this development looks positive.

Ctrl Enter
Noticed oshЫbku Highlight text and press. Ctrl + Enter
We are
The Ministry of Finance is going to strike at the Ministry of DefenseThe isolation of Russian education from the needs of the country
Military Reviewin Yandex News
Military Reviewin Google News
33 comments
Information
Dear reader, to leave comments on the publication, you must sign in.