16 May 2013
18
The other day, the publication of Bloomberg News published some information from the 36-page report of the command of the US Navy, sent in March last year to the leadership of the military department. The document classified as confidential draft fell into the hands of journalists and they did not miss the opportunity to share information with readers. It is worth noting that published information can significantly affect the course of one of the most ambitious projects of recent times. 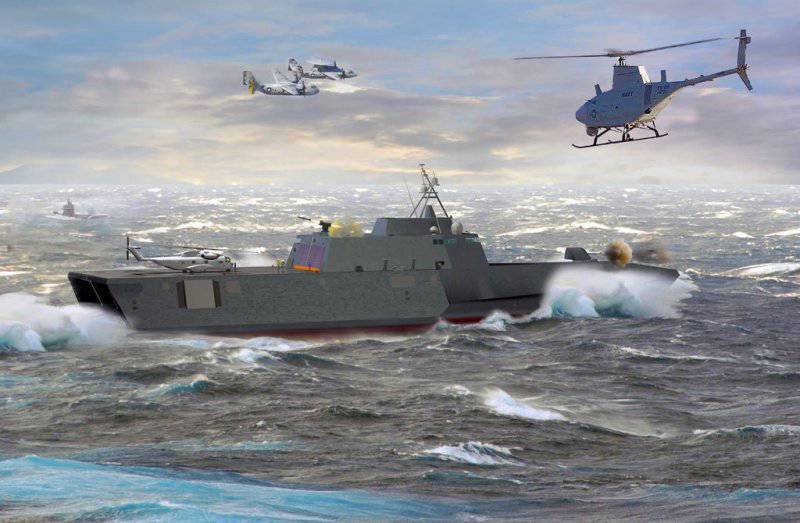 The essence of the report is the following thesis: the command of the US Navy is not sure that the LCS (Littoral Combat Ship - Coastal Ship) program will meet expectations even with planned investments in 37 billions of dollars. According to the authors of the report, currently the LCS program is too expensive and at the same time not without some serious problems of various kinds. New ships of the coastal zone do not yet meet all the requirements, and their refinement has led to a significant increase in the cost of the project. As a result, now the general condition of the LCS does not look quite successful, and the further continuation of this project raises serious questions.

First of all, the commanders of the Navy, as well as congressmen, resent the issue of the cost of ships. It was originally planned that LCS will be small ships with good combat potential and relatively low cost. At the time of the construction of the lead ships of two series (USS Freedom and USS Independent), the price for building ships was determined in 220 million dollars for each. Over the years, ships have risen in price by about two times. For each of the two dozen ordered LCS, regardless of the specific project, you now have to pay 440-450 millions. It is easy to calculate how much the construction of all planned 52 ships will cost.

Shortly after the writing of this report, about a year ago, POGO (Project On Government Oversight) came out with similar complaints. Her report also noted unacceptable financial losses during the project. However, at that time one of the main goals for criticism was the development of two types of ships within one and the same time. The supervisory organization showed bewilderment regarding the simultaneous construction of two different types of ships with almost identical characteristics. Over the past year, the LCS program has not undergone major changes and, apparently, the arguments of POGO were ignored, and the Pentagon continued to finance the parallel construction of different but similar ships.

The second problem of the LCS program was recognized non-compliance with the basic requirements of the technical specifications. The ships of the coastal zone, according to the plans of the military, should be able to quickly re-equip in accordance with the current task. According to this paragraph of the project task, no more than 96 hours should be spent on dismantling the existing modules and installing the necessary new ones. The report says that such a conversion rate is really real. But only under the condition that all the specialists and the entire set of necessary equipment will be in place at the beginning of the countdown. If the ship needs to be re-equipped at a distance from the base, then these works may take several days or even weeks. 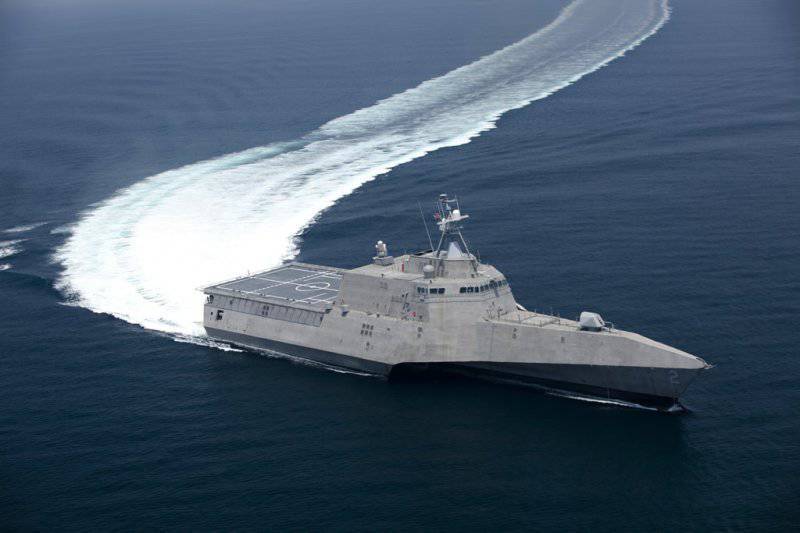 Finally, even with the timely bringing of the ship to the required appearance, its combat capabilities remain in question. The authors of the report believe that both variants of the LCS ships have insufficient survivability. At one time, for the sake of reducing the cost of the project, the Pentagon agreed to some improvements in the design and correction of the composition of weapons. Because of this, now ships of the coastal zone are able to fight only with small slightly armed ships and boats. If the enemy has anti-ship missiles with a flight range of more than five miles, then the fate of the ship of the coastal zone may be unenviable. Both versions of the LCS are equipped only with artillery weapons and anti-aircraft missiles. Thus, to counter more or less serious the fleet additional re-equipment will be required, which will accordingly affect both the timing of the ships and the cost of their operation.

As a result, according to the authors of the report, as of March 2012, the LCS ships were not able to fully perform tasks and ensure the presence of the US Navy in the areas for which they were created.

More than a year has passed since the writing of the report and its transfer to the Pentagon leadership. New LCS ships continue to be built and attract the attention of various US officials. The other day, the list of those interested in the program was filled up by Senator J. McCain. In his speech at a meeting of the Senate Committee on Defense, he raised the issue of the timing of construction.

It is now known that the fourth ship under the LCS program (USS Coronado) will be handed over to the customer in July of this year. However, earlier, during the signing of contracts, it was planned that he would join the ranks of the US Navy on 13 months earlier. With the next four ships, the situation is slightly better. According to current estimates, the fifth, sixth, seventh and eighth ships of the coastal zone will be late by six months or even eight months. In this regard, McCain proposed either to correct the existing situation with delays, or to find some faster alternative solution. According to him, by the year 2028 the number of LCS ships should be one third of the total number of the surface fleets of the United States naval forces, but, nevertheless, now they do not justify the hopes pinned.

Almost simultaneously with the publication of excerpts from the report and the speech of McCain, Navy Minister Ray Mabus spoke. According to his statement, work is underway to eliminate all the identified deficiencies. He agreed that at the start of construction, the LCS program was a real mess. Now, as a result of the measures taken, it has become one of the most effective projects of recent times. Mabus believes that the construction of ships of the coastal zone should not be stopped in accordance with the existing projects, but should be continued to be refined and improved. The naval forces simply cannot wait until a certain new project appears, devoid of the flaws of the old one. 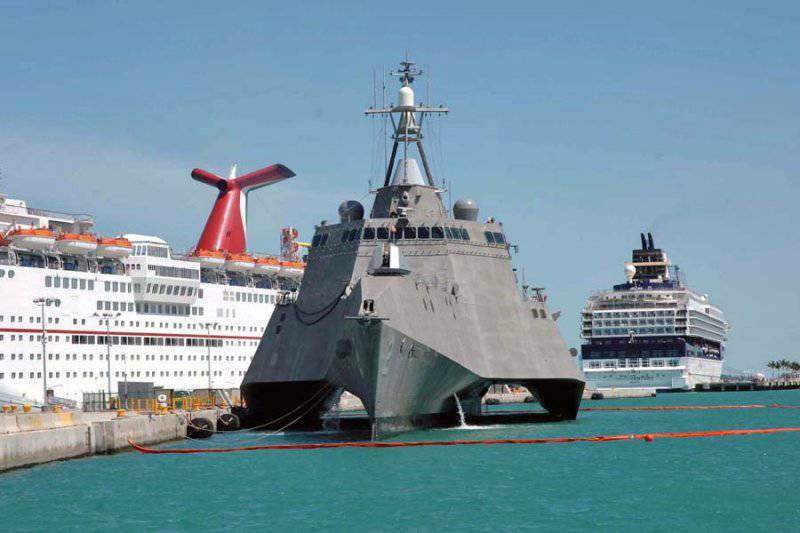 In general, the current state of the LCS program leaves much to be desired. These ships are positioned as the basis of the coastal fleet for the next few decades, but still have too many flaws. As it always happens, the existing shortcomings are gradually corrected, but this process takes a lot of time and leads to additional expenses. There have been similar cases before, but now the budget sequestration of the Damocles Sword hangs over the further implementation of the LCS program. The Pentagon is constantly being asked to cut costs, but ships on the coastal zone are clearly not the budget item to save money on. Moreover, in the foreseeable future, the cost of this program will only grow.

Thus, both obvious ways out of the situation - closing the LCS program in favor of a new, flawless, and refining existing projects - entail delaying the deadlines and increasing the cost of all work. In this case, the revision of existing projects really looks a bit more profitable, since the design of a new ship of the coastal zone will take much longer, and such equipment is needed now.