PTR Rukavishnikov arr. 1939 of the year

8 May 2013
11
In a previous article about anti-tank guns was considered a sample, or rather samples of various calibers, which are designed by Vladimirov. Unfortunately, at that time the requirements for arms, they were rather vague, because of which a lot of quite interesting samples were left "overboard" and did not go into mass production. On the other hand, the experience gained in the design of these samples added to the knowledge base of domestic designers and gave invaluable experience, which was later successfully used in other models of weapons. The model proposed by Rukavishnikov turned out to be the leader among those most diverse variants of anti-tank guns, but it wasn’t all that easy, as the weapon wasn’t the easiest to manufacture, and the individual points in it were quite controversial. In general, about everything in order. 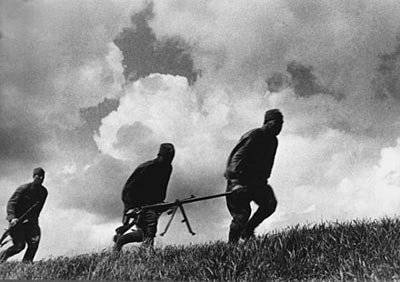 In view of the rather widely interpreted technical requirements for an anti-tank gun for the Soviet army, the samples presented by the designers were very diverse and they used quite interesting solutions. The sample presented by Rukavishnikov was no exception. Using 14,5x114 cartridges, this weapon model had a fairly large mass in 24 kilograms and 1775 millimeters in length, with a barrel length of 1180 millimeters. It was simply unrealistic to transport such a cannon to one, and the two of them also should not have denounced the weapon, because, unlike the final version of the Vladimirov anti-tank gun, this anti-tank gun could not be quickly disassembled and assembled into two parts for transportation. Nevertheless, it was necessary to carry it somehow, and the designer made a very simple solution to this problem, namely the carrying handle on the trunk and the belt on the butt. It remained for small, to prove to everyone that an anti-tank gun could not be transported for long distances, and hope that no one would remember that sometimes the PTR calculation had to carry its weapon over long distances along impassable terrain so that take the most advantageous position. However, if you look at reality, then indeed such weapons were very rarely worn by hand far away, so the designer was right about something. The main reason why it was impossible to divide the anti-tank gun into two parts for transportation was the design of the weapon itself, which, although it allowed to make such a division possible, it took time, tools and almost perfect cleanliness, that is, something that usually does not exist on the field fight

The Rukavishnikov self-loading anti-tank gun of the 1939 model of the year is a sample built according to the scheme with removal of powder gases from the barrel. Locking the barrel bore was carried out when you turn the shutter. In other words, the weapon was made in the classical framework, without introducing any innovations into the automation system itself. Back comparing this sample with the variant of anti-tank gun proposed by Vladimirov, it should be noted that the weapon had a much greater return when firing, as in the case of Vladimirov’s PTR, the automatics with a long barrel stroke significantly compensated the return, in this case of such a positive the phenomenon was not. In order to make recoil when fired by the shooter, a three-chamber muzzle brake-recoil compensator was mounted on the barrel of the weapon, and on the wooden butt of the weapon there was a back plate made of porous rubber. In general, it did not make the weapon enjoyable to use, but at least it was possible to fire from it. Any other tricks to ensure that the weapon did not hit the arrow like a horse with a hoof were not applied. 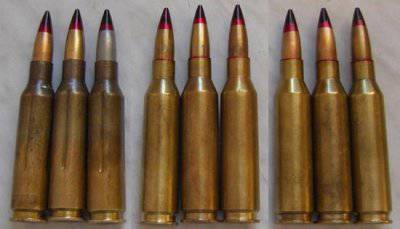 Interest is the power of the weapon, especially under the condition of its self-loading. The Rukavishnikov anti-tank shotgun of the 1939 model of the year itself was an open device, in which most of the cartridges were outside. Apparently, the ammunition was inserted into this store in a cage, on which they moved under the influence of a return spring. Thus, it is possible to speak of an even greater relief from weapons than in the case of Vladimirov’s PTR. At the same time, in my opinion, the open location of ammunition is a very big minus for weapons, especially under the condition of its self-loading, as dirt, dust, water takes every opportunity to be inside the weapon, but this is just a sin not to use. Actually, my assumptions confirm the re-testing of weapons that have already been carried out, oddly enough, when the weapons were put into service, which significantly slowed down the process of production and introduction of weapons into the army.

After the weapon was recycled and all the negative aspects in it were eliminated, if possible, the characteristics of the sample were as follows. At a distance of 100 meters, weapons pierced armor 30 mm thick, provided they meet at an angle of 90 degrees. At a distance of 400 meters, at the same angle, one could count on breaking through 22 millimeters of armor. The characteristics are really good, for which you should first of all thank the ammunition and the barrel with a length of 1180 millimeters, because it was decided to cut as many as 15 thousand units of such weapons in 1940, but this did not happen. The reason for this was the opinion that artillery was enough to suppress any onslaught tanks the enemy. In addition, the idea was actively promoted that the age of the PTR ended and did not begin, which was generally true, but ahead of a couple of years. So, it was believed that the enemy’s tanks would soon have an armor thickness of 60 millimeters, and against such armored vehicles the PTRs were powerless, so spending money and production capacities of these unclaimed weapons in the near future was useless. In general, all this led to the fact that instead of fifteen thousand Rukavishnikov anti-tank rifles of the 1939 model, only a few dozen were created, and on July 26, 1940 these weapons were withdrawn from service, and, if I may say so in this case, from production. Nevertheless, Rukavishnikov continued to work on his version of the PTR, as a result, a model appeared with a completely different design for the 12,7x108 cartridge, but about it in a different article.

Ctrl Enter
Noticed a mistake Highlight text and press. Ctrl + Enter
We are
The first anti-tank gun Mauser T-Gewehr M1918Domestic anti-tank guns
11 comments
Information
Dear reader, to leave comments on the publication, you must to register.