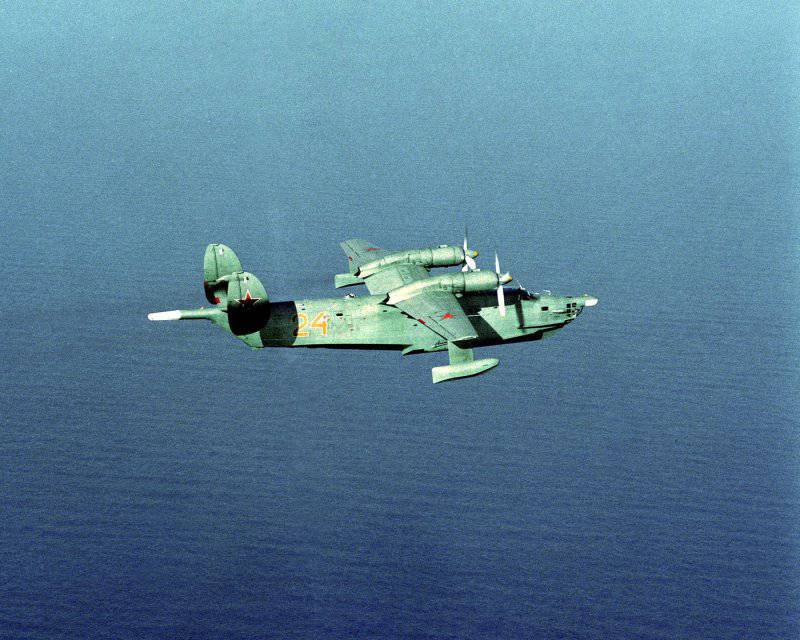 From the figures presented it can be seen that the number naval combat aircraft and helicopters decreased by 3 times. Tu-22M naval aviation regiments and naval attack aircraft were completely eliminated. In general, compared with the 92nd year, the fleet of anti-submarine aircraft decreased by 73%, in total aircraft by 70%, helicopters by 74%. Anti-submarine aviation continues to operate two types of aircraft Il-38 and Tu-142MZ / MK. These four-engine aircraft are in service with two "large" fleets - the North and the Pacific. Their main task is to find, detect, track and destroy enemy submarines.

It should be noted that these functions also imply the fulfillment of real peacetime tasks - the so-called “combat patrol departures”, in which the aircraft search and track submarines in international waters. These sorties can be offensive and defensive. The former include the SSBN patrol zones of a potential enemy, primarily American submarines. In the second case, the Russian anti-submarine aviation covers the potential patrol zones of its strategic missile-carriers, observing the activity of enemy submarines, which may pose a threat to the Russian SSBNs while they are in combat duty.

For example, similar flights of that time are carried out by the Tu-142 and Il-38 around the Kamchatka Peninsula, where Russian SSBNs are usually located. The Tu-142 patrol and anti-submarine aircraft were developed based on the Tu-95 strategic bomber specifically for long-range operations in ocean waters. The range is 4500 km. The aircraft entered service in 1972, the current modifications of the Tu-142MK and Tu-142MZ entered service in the 1980-s. and were in production until the beginning of the 1990's. 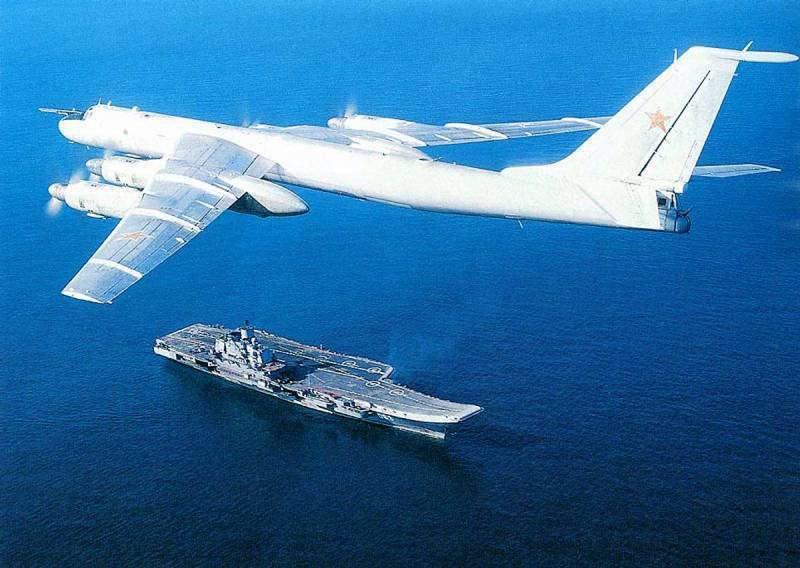 Both fleets each have one squadron of these aircraft. Resource glider aircraft is still very significant, but their modernization is not planned. The last Tu-142 will most likely be decommissioned by 2020. The flights of these aircraft were suspended after the 6 November 2009 crash of the year Tu-142МЗ belonging to 568 to the separate mixed aviation regiment of the Pacific Fleet (n. Mongohto, Khabarovsk Territory, Kamenny Ruchei airfield). 9 on November at the crash site (at a distance of 26 km from the home airfield), during the search and rescue operation, floating fragments of the aircraft design and body parts of the dead were found. On board the Tu-142MZ were 11 military personnel. In the spring of 2011 of the year (that is, almost a year and a half), the investigation of the disaster was completed. The official reason is called the "human factor".

IL-38 is the second type of Russian anti-submarine and patrol aircraft. Originally intended to operate in the “middle ocean zone”, it was put into service in 1968, created on the basis of the famous passenger IL-18. The remaining copies of the construction of the end of the 1960-beginning of the 1970-ies. are in service with one squadron of the Northern Fleet and two Pacific. 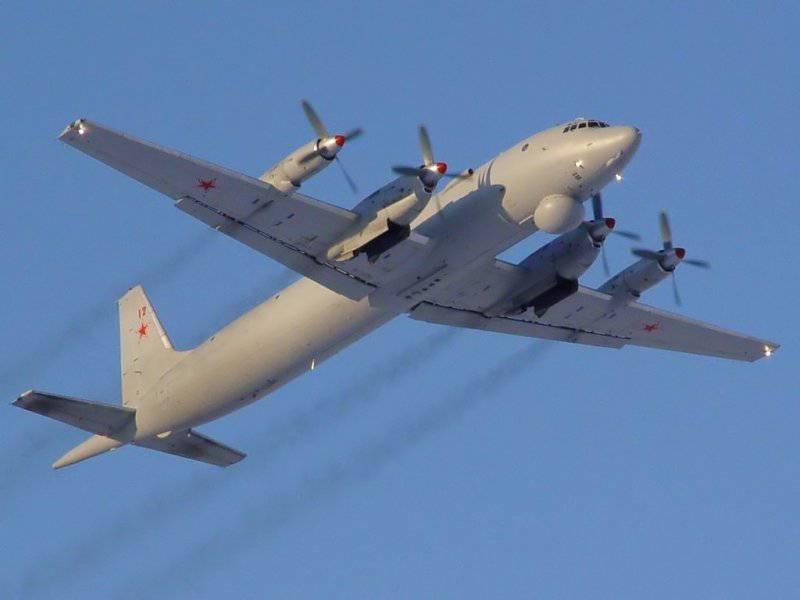 Despite its age, the life of the gliders remains very significant, and the cost of operation is relatively low. A part of the park is supposed to be modernized in order to increase their capabilities. However, today the combat readiness of these aircraft is not very high, in August XNUMHgoda, I had the opportunity to observe the flights of these vehicles from the Nikolaevka airfield, not far from the city of Partizansk, in Primorsky Krai. Of the machines that were at the 2011 airfield, a significant part is in a very unattractive condition, half of them are able to rise from the force.

The future is not clear and the naval aviation reconnaissance, the Il-20 reconnaissance units built by 70-ies, also created on the basis of the Il-18, are physically and morally obsolete. The number of built reconnaissance Tu-214Р, created by him for replacement, decided to limit the pair of pieces. 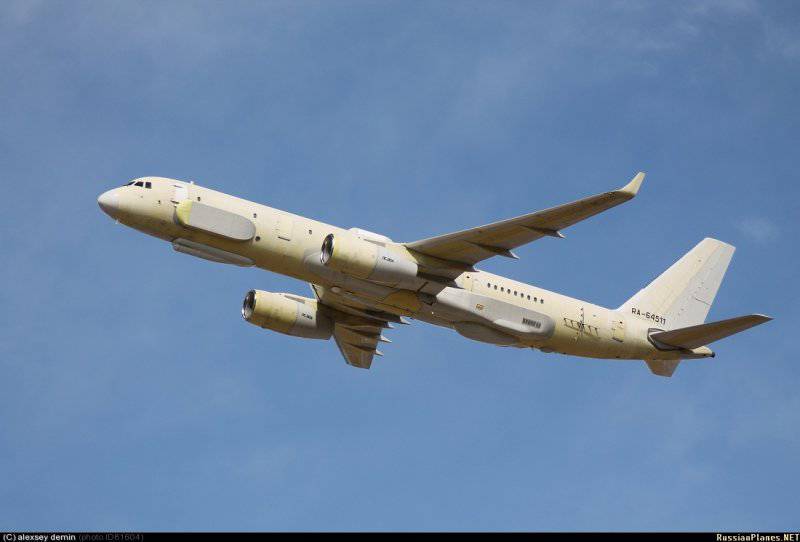 As stated by the military, he is not very suitable for them, since he is not able to carry out stable flight at low speeds, in patrol mode. Not satisfied as the time spent in the air, in this parameter, it is inferior to IL-20. Obviously, for these requirements, the aircraft equipped with turboprop engines is more appropriate. However, a particularly untidy sludge left a visit to the 2011 year at Vozdvizhenka airfield near Ussuriysk. At one time I still found there flights of the fleet Tu-16. Which were replaced at the beginning of the 90's supersonic Tu-22М3. Currently, these are not old cars, are on the "conservation", in the open. Their condition today, can be judged by the photos. 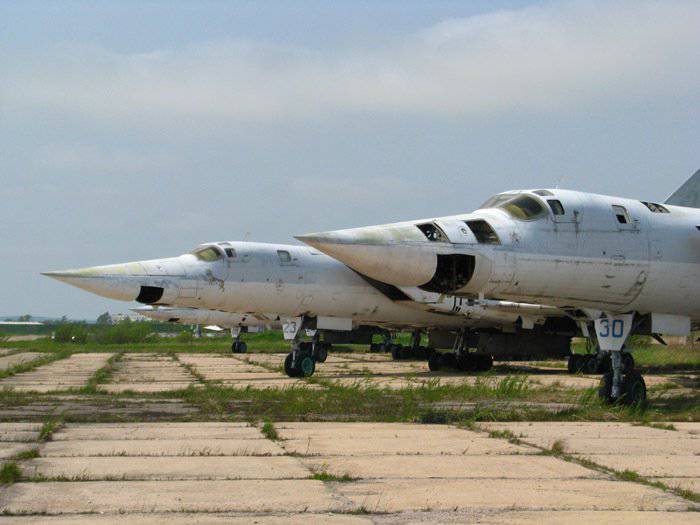 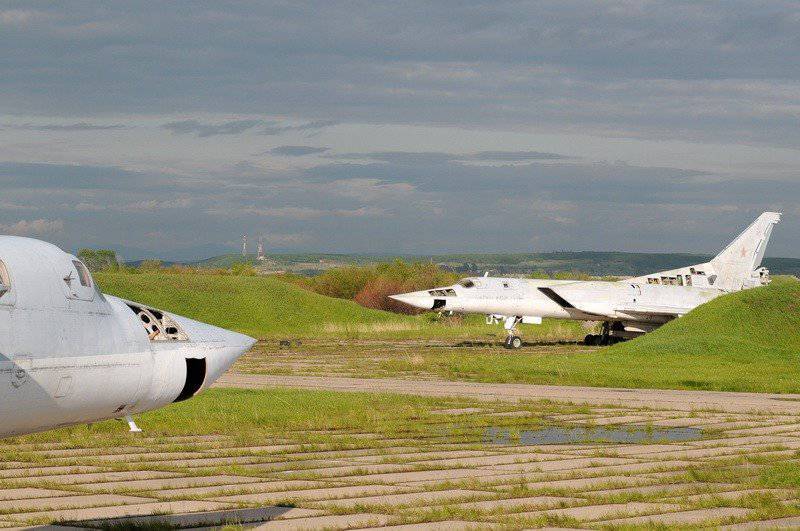 In general, the future of naval aviation in our country is very vague. There are no clear predictions from the authorities, against the background of the upcoming mass write-off of aircraft in old age, about its development for the future is not announced. A replacement is planned for the near future due to wear, the deck Su-33 on the MiG-29K.

As well as the modernization of the IL-38. And this is all for now ...

Someone can say that our country does not need naval aviation at all, all tasks can be solved within the framework of the Air Force.
But let's see how things are with our closest "probable friends."

The United States Navy aviation, taking into account those in reserve, has about 2000 aircraft, which is comparable to the entire fleet of domestic air forces, of which only the anti-submarine R-3 "Orion" (similar to IL-38), more than 150. 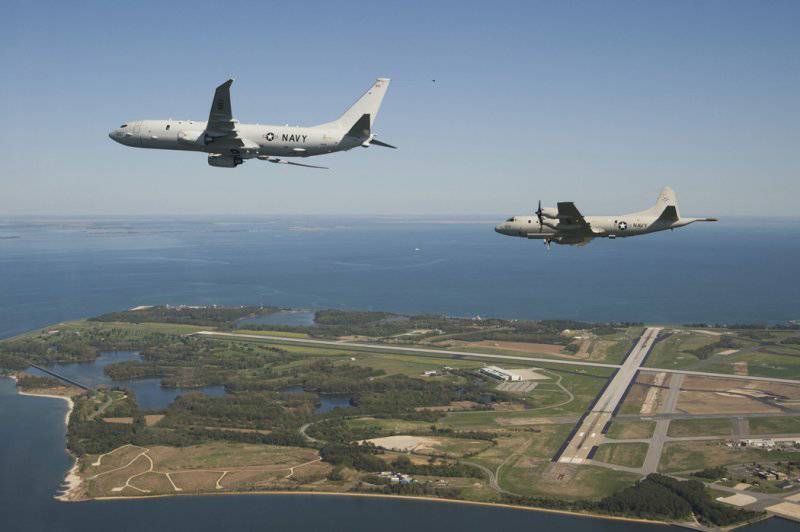 In-flight basic patrol: P-8 "Poseidon" and P-3 "Orion"
Delivery began in the Navy of the new base patrol P-8 "Poseidon", created on the basis of the Boeing 737. The theme of marine UAVs is actively developing. 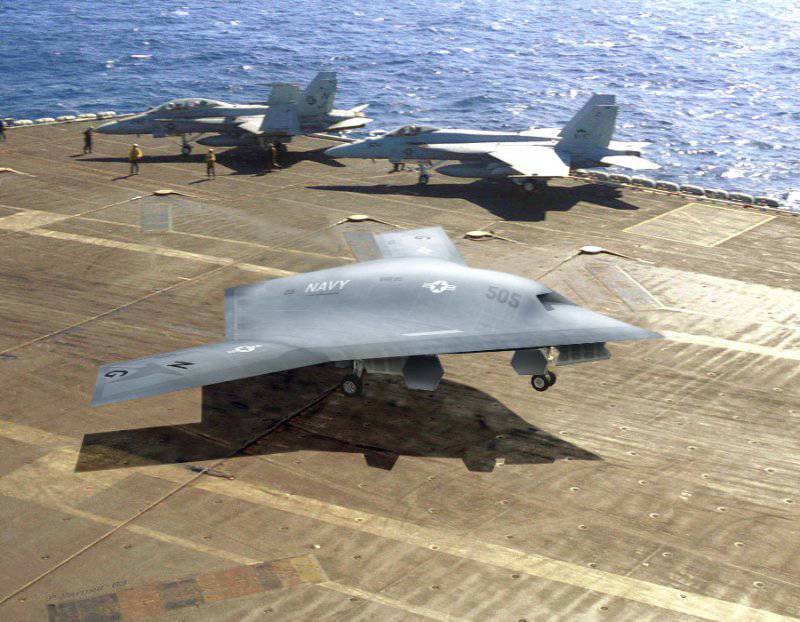 The command of the US Navy intends to conclude contracts for the creation of carrier-based unmanned aerial vehicles (UCLASS) with four US companies: Boeing, General Atomics, Lockheed Martin and Northrop Grumman. As reported by Flightglobal, the contracts will be concluded as part of a tender for the creation and supply of the deck drone.

China is also strengthening its naval aviation. The number of naval aviation fleets, excluding transport and auxiliary, exceeds 400 aircraft and helicopters. There is a replacement and modernization of obsolete samples. The most combat-ready are those built by our country and built on the spot: 50 Su-30МК2, fighters of their own design: 24 J-10А, fighter-bombers adapted for strikes against sea targets: 54 JH-7A.

Creates its own carrier-based aircraft, for basing on aircraft carriers. Fleet aviation bombers are represented by the Chinese equivalent Tu-16-Hun-6 (H-6). Hun-6 in the marine version became known as Hun-6D and can carry air-ship missiles C-601 and C-611 with a range of up to 200 km. 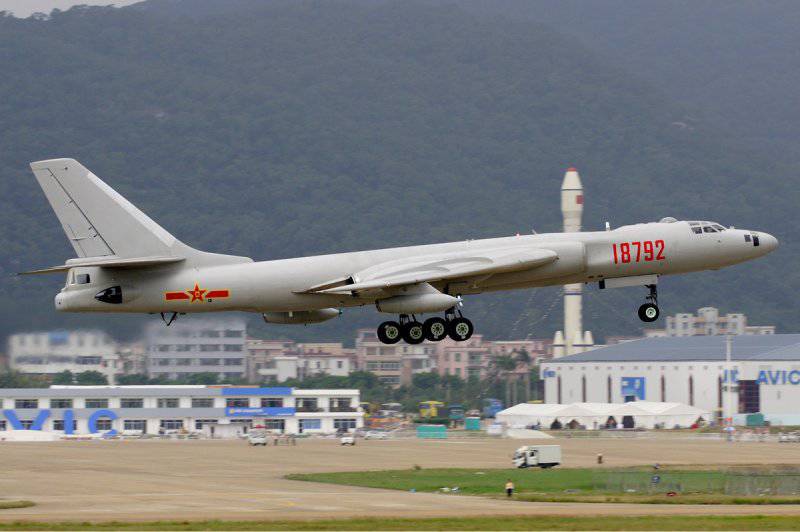 In addition, fleet aviation has a modification of the Hun-6D tanker aircraft, which can refuel equipment in the air.

India also pays great attention to its naval aviation. It is particularly noteworthy that the armament of the naval aviation of this country consists of Soviet and Russian equipment. Recently, contracts were concluded with Russia for the modernization of the existing Tu-142 and Il-38 with the equipping of the Sea Snake onboard search and sight system. 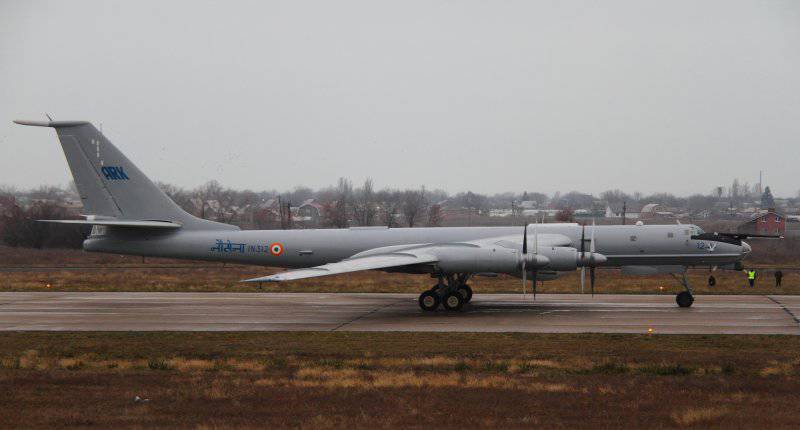 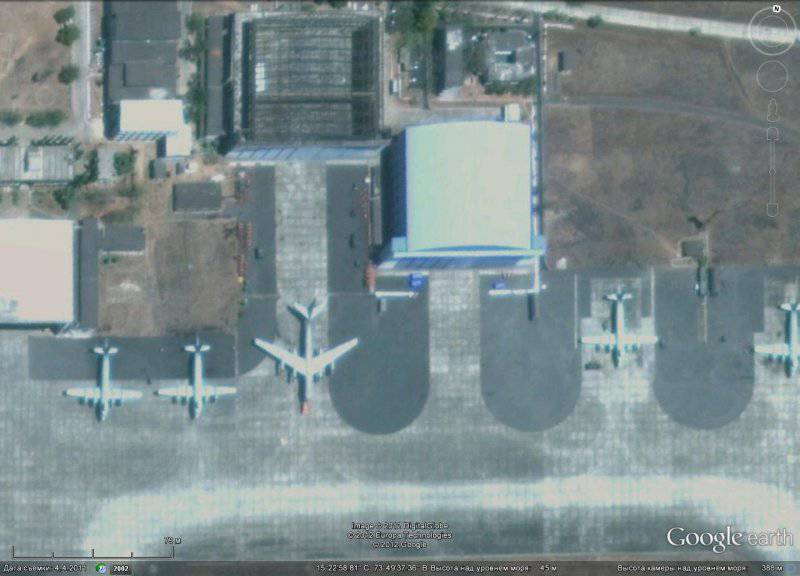 Also, on the basis of the P-8A "Poseidon" an export version of the P-8I was created for the Indian Navy. 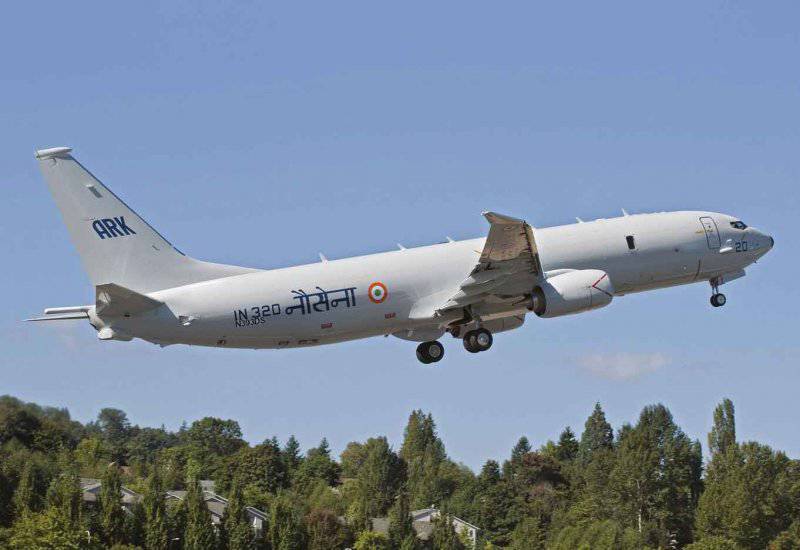 The first 12 vehicles should be commissioned by Indian Naval Aviation in the 2013 year. Total Indians are planning to get up to Sea Gods 24
A batch of MiG-29K was purchased for basing on aircraft carriers.

As we can see, naval aviation abroad continues to grow rapidly, because without it, the naval forces are not able to adequately and fully perform their tasks.

Ctrl Enter
Noticed oshЫbku Highlight text and press. Ctrl + Enter
We are
Service and combat use of the Su-24 front-line bomber. Part 2An-12 in Afghanistan
Military Reviewin Yandex News
Military Reviewin Google News
32 comments
Information
Dear reader, to leave comments on the publication, you must to register.