Another comparison in favor of the Su-35

April 26 2013
99
Development aviation industry and loud coverage of progress in this area attract the attention of the general public. Because of this, discussions are first tied up, and then estimates appear, including comparative ones. Like most cases, the result of comparing aircraft is praise in the direction of one machine and criticism of another. A few days ago, Business Insider, known for its work in financial and economic analytics, joined the discussion of new fighter aircraft. The attention of the publication was attracted by the latest American and Russian developments, which were compared.


This comparison is not in favor of those aircraft that could be considered as notorious favorites. For this reason, revealing the intrigue, the article is called Russia's Fourth-Gen Fighter Could Be The Best Thing On The Market ("The fourth-generation Russian fighter may be the best on the market").

First of all, Business Insider journalists noted that currently three aircraft are leading in the area of ​​fighters, produced in three countries. These are the American Lockheed Martin F-35 Lightning II, the Chinese Chengdu J-20 and the Russian T-50 (PAK FA). All these projects of the fifth generation fighter are currently at different stages and, as always happens, do not go without problems. Companies involved in projects, to the best of their ability, eliminate problems and fine-tune aircraft.

At the same time, according to the authors of the publication, the most successful at the moment project F-35, which has already reached the stage of mass production, continues to lose customers. At the same time, the authors of Business Insider refer to recent news from the Netherlands. Recall, the military of this country a few days ago published data on the purchase of American fighters, of which it turned out that the operation of the F-35 will cost about 10% more than the use of older General Dynamics F-16 Fighting Falcon planes that are in service with the Netherlands Air Force . Because of this, the number of Lightning II aircraft ordered can be significantly reduced, from 85 to 50 or even 33 units. 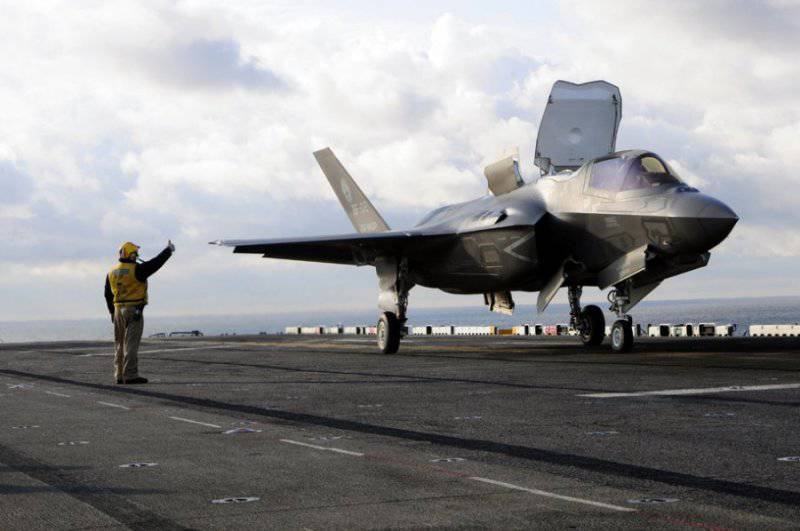 Russia does not yet have a fifth-generation serial fighter, and therefore has to offer the 4 ++ generation aircraft, the Su-35. This aircraft, which has characteristics specific to its generation and to the present, is, according to the authors of the article, devoid of the problems inherent in the new fifth generation. In addition, it is based on old and proven technical solutions that have proven their necessity.

The combination of proven fourth-generation solutions and new electronics, bringing the characteristics of the aircraft to the fifth generation, provides the Su-35 the optimal balance of technical and combat qualities. According to this parameter, according to Business Insider, Su-35 is ahead of all other existing aircraft of its class. Thus, while the USA is using one type of fifth generation fighter (Lockheed Martin F-22 Raptor) and is producing another (F-35), which turns into corresponding expenses, Russia is upgrading the existing technology of the fifth generation T-50. 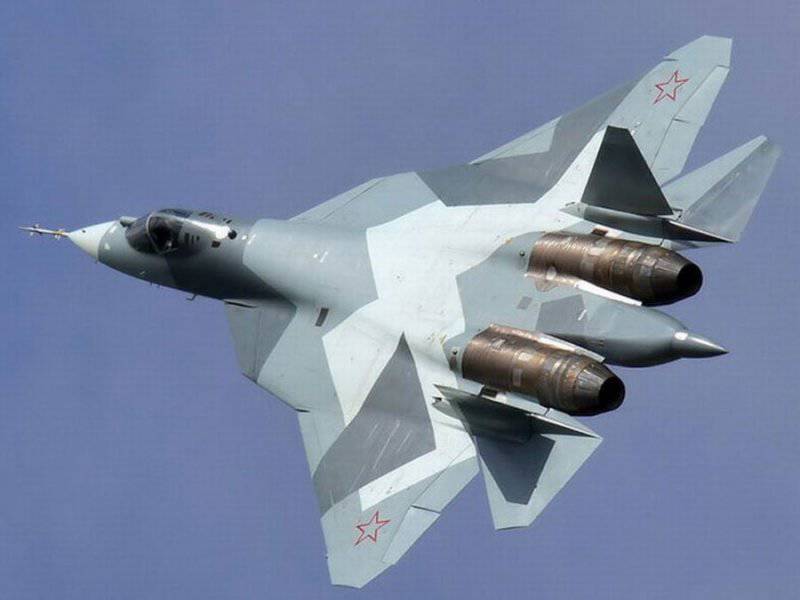 For lack of new and up-to-date information, Business Insider cites the memories of the head of Tactical Air Support Inc. J. Gallop, a former military pilot of the USAF. A few years ago, he flew one of the Ukrainian Su-27 fighters and was pleased. Gallop responded well to the flight characteristics of a Soviet-made aircraft. Among other things, he noted a large supply of fuel, which can be compared to the reserve of the Grumman F-14 Tomcat fighter with two outboard tanks. Due to this, according to Gallop, the Soviet / Russian fighter can fly at supersonic speed for a long time, which greatly enhances its combat capabilities.

The deep modernization of the Su-27, which resulted in the emergence of the Su-35, improved the characteristics of the aircraft and brought it to the same level as the most modern foreign developments. This is most clearly manifested in flight qualities. Business Insider journalists confirm this statement with the following figures: Su-35 is able to fly two and a half times faster than the speed of sound and travel up to 1900 miles. For the newest American fighter, the F-35, these figures are 1,6 sound speed and 1380 miles, respectively. 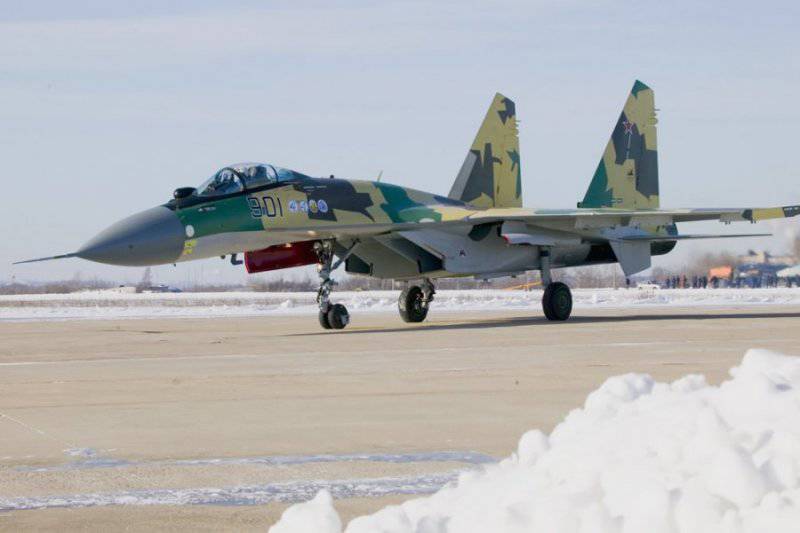 As for the fighting qualities of the Russian and American aircraft, the authors of the article cite statements that could cause a lot of controversy. According to them, both Su-35 and F-35 are able to reach their goals with the same efficiency and destroy them. How exactly and from what considerations such a conclusion was made is not entirely clear. Both aircraft so far worked only in the conditions of test sites and were not used in a real war. Therefore, it is too early to talk about the effectiveness of combat work, and even more so about comparing such things.

Ultimately, the authors of the publication of the Fourth Gen Fighter Could Be The Best Thing On The Market come to the following conclusion. Russia's plans to conquer a third of the world market of low-profile fighters may well be realized with the help of Su-35, belonging to the generation “4 ++”. The fifth-generation fighter T-50 is also capable of this, but, at first glance, the older Su-35 should not be discounted.

Nevertheless, the employees of Business Insider admit that on a number of signs the American F-35 Lightning II surpasses its Russian competitor. However, the current state of the American project hints at the continuation of the protracted refinement of a promising aircraft with corresponding consequences for the project and for customers. Under these conditions, the Russian fighter generation "4 ++" may be much more interesting to potential customers than the machine, which the manufacturer refers to the next fifth generation.

Overall, the publication Business Insider leaves a complex impression. Of course, it is nice when the foreign press praises the Russian military equipment. However, in the article of the publication there were almost no figures, a detailed analysis of the possibilities, etc. things inherent in serious publications on the topic of comparing aircraft. For this reason, the article — although pleasant for the Russian eye — still looks unfounded. At the same time, we should not forget the controversies of recent years, simply pursuing the American F-35 project. For various reasons of a conceptual, bureaucratic and financial nature, this aircraft regularly becomes a target for criticism, primarily of an economic nature. 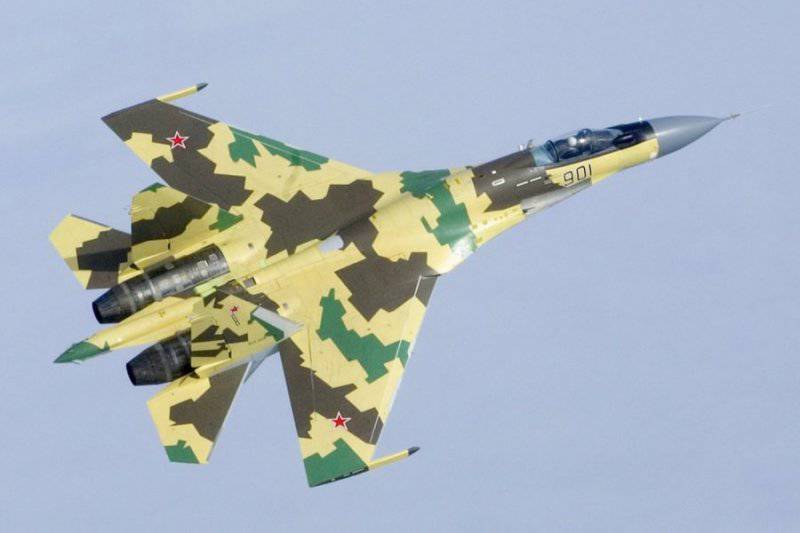 As an example, suitable to the topic of publication of the American edition, we can cite the specific attitude of the Australian Air Force to the new fifth-generation fighter. Australian military pilots want to build their future air force based on the F-22 fighter, which even now is ahead of the F-35 in a number of parameters. The United States, in turn, has long spoken about this: they are not going to sell F-22 to third countries, and for export deliveries offer its “younger brother” - F-35. Australia insists on its own and as a result, there are numerous critical articles and even some comparative testing-simulations. During one of these procedures, several years ago, the “computer” F-35 lost a lot of air combat with electronic models of the Russian Su-35. Details of the simulations were not published, but their result in the end almost became a pretext for scandal and caused a lot of heated discussions.

Yet it is worth noting that the general “morality” of the article has a reasonable grain. The non-fifth generation Su-35 fighter is much less expensive than the American F-35. As a result, in the event of a full-fledged entry into the international market, it receives an additional advantage, which is fully capable of leveling the existing lag behind competitors of the fifth generation. Another useful feature of the Russian aircraft is its “origin”. Su-35 is another combat vehicle of the successful and popular Su-27 family. Therefore, it will be relatively easy for the operator-country, which already owns aircraft of this family, to master the new Su-35. At the very least, easier than the new American technique.

China has already expressed a desire to acquire two dozen new Russian fighters. If the deal does not break, then the Air Force of the People’s Liberation Army of China will become the first foreign user of the Su-35 fighter jets and will probably set an example to other states. Time proved the correctness of the Business Insider’s prediction of a relatively large export future for the new Russian fighter.

Ctrl Enter
Noticed a mistake Highlight text and press. Ctrl + Enter
We are
Foreign press: PAK FA is not the fifth generation fighterBusiness Insider: Russian fighter T-50 can not compete with the American F-35
99 comments
Information
Dear reader, to leave comments on the publication, you must to register.