April 22 2013
21
During the war in Afghanistan (1979-1989) the Soviet transport convoys with civilian and military cargoes were constantly attacked by the Mujahideen. For obvious reasons, the greatest losses were borne by tankers, without which all the actions of a limited contingent would simply have been paralyzed. In view of the combat experience, mainly negative, the leadership of the USSR Ministry of Defense set the task of the NII MO and the industry to develop and build special tankers with enhanced protection. However, later the special commission of the Ministry made conclusions not in favor of such funds. She proved that the number of tankers that were disabled was not that big. In addition, the Soviet military presence in Afghanistan gradually began to collapse. Full-scale work on armored vehicles for the delivery of fuel and lubricants was not started, only draft designs were developed.


The issue of creating armored tankers was returned to the first Chechen campaign of 1994-1996, when Russian troops began to suffer significant losses in various vehicles, including tankers. The Russian Defense Ministry decided to start developing armored tankers for the troops. The design of the machine was entrusted to the chief designer of the St. Petersburg Design Bureau of Special Engineering (KBSM) Panteleev A.V. While working on the topic, several projects appeared that differed significantly from each other. Completely unique designs of armored tankers were developed. The Ministry of Defense of the Russian Federation as a result of consideration of the proposed project options, chose one. Under the alteration were allocated only outdated BMP-1. According to the documentation of KBSM, their conversion was carried out at the repair plant of the Ministry of Defense of Russia. 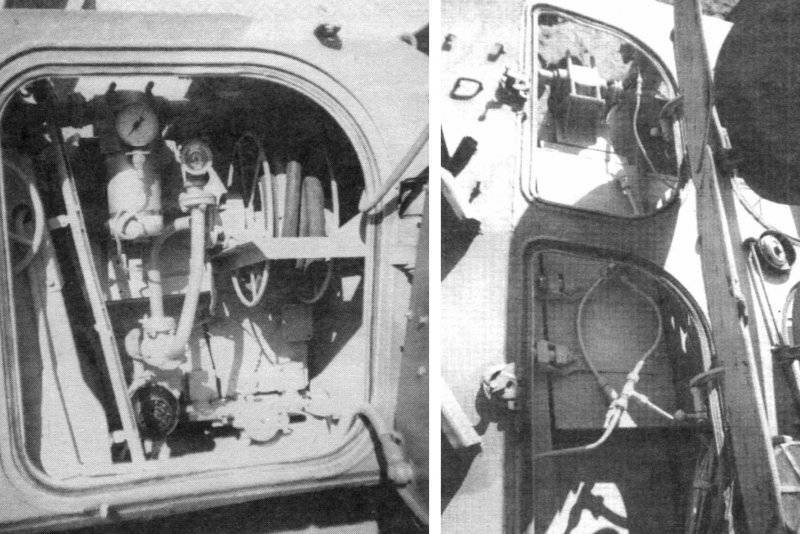 With the conversion of BMP during the conversion they removed the tower installation and armament, as well as other systems, the presence of which was not required on the tanker. Fuel tanks and other related equipment were installed in the case. As a result of the alteration, two experimental machines were manufactured. tankers assigned the designation BTZ-3. 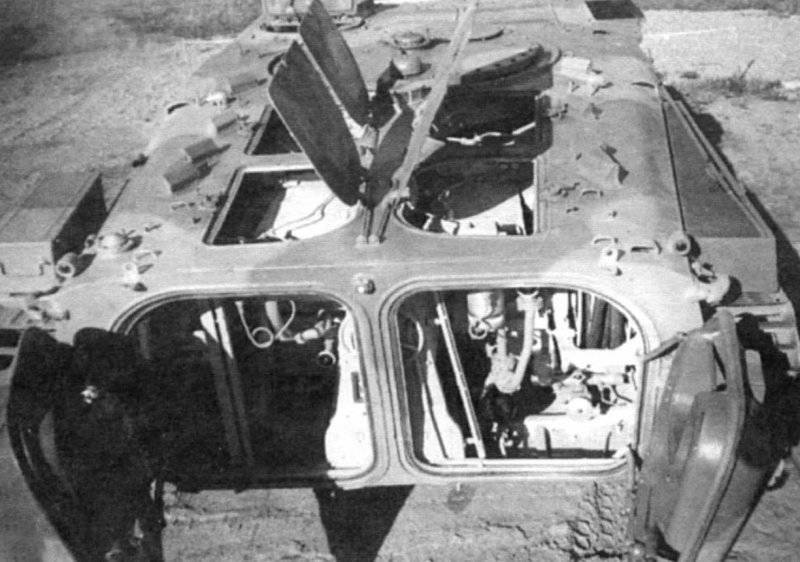 The tanker BTZ-3 is capable of performing the following operations: closed (under pressure) refueling; open fueling; filling containers with external pumping means or their pump from foreign tanks; emptying the tanks with external or own pumps; issuing fuel in cans or cans. The transfer time of the car between marching and martial positions and back is no more than 3 minutes. BTZ-3 is capable of operating at temperatures of -30 .. + 30 ° C.

One copy of the BTZ-3 tanker was tested at test sites, the second was sent to Chechnya, where it was tested in combat conditions. Both cars showed themselves well and were ready for mass production.

Main tactical and technical characteristics:
Base - tracked chassis BMP-1;
Maximum speed - 65 km / h;
Speed ​​afloat - not less than 7 km / h;
The transition time from traveling to combat and back - no more than 7 minutes;
Capacity of fuel tanks - 3000 l;
The volume of transported oils - 100 kg;
Dispensing system consumption - no less than 150 l / min;
Nominal filtration of fuel is not less than 20 microns;
The distributing crane - RK-32;
The length of the distributing sleeve - 9 m;
Accuracy of fuel issued accounting is no more than 0,5%;
Types of fuel for refueling - gasoline, kerosene, D / T;
Power supply units - from the mains;
Type of current, voltage - constant, 27B;
The operating temperature range is from -30 to + 30;
Obstacle obstacles:
- bias - 30 hail;
- pit width - 2,5 m;
- wall height - 0,7 m;
- The maximum angle of entry / exit from the water - 25 hail;
Dimensions:
- length - 6380 mm;
- width - 2940 mm;
- height - mm 1700;
Crew - 2 person.
Ctrl Enter
Noticed a mistake Highlight text and press. Ctrl + Enter
We are
Multi-axle rocket carriersVehicles special forces operations of foreign countries. Part of 1
21 comment
Information
Dear reader, to leave comments on the publication, you must to register.