April 4 2013
10
The US Air Force intends to spend millions of dollars to investigate the unknown “bioeffects” that a human body undergoes when it is exposed to micro and radio waves. The Air Force hopes to use them to create new types of energy weapons. 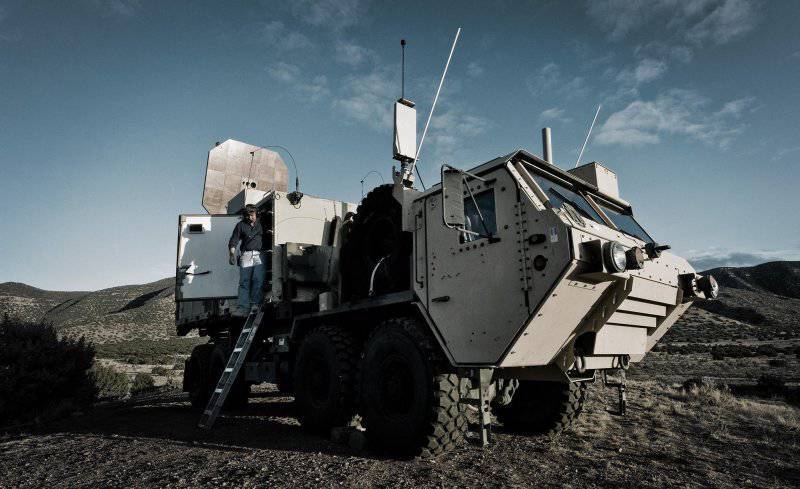 Recently, the American Air Force "Division of Bioeffects Study" announced that they would conduct a series of studies to identify the molecular changes in the human body that could cause radiation of non-lethal energy weapons. The air force intends to investigate a whole range of weapons: “Chemical agents for quelling riots, directional energy systems, acoustic weapons, broadband light radiation, and also blunt percussion materials.” For studies that will last for seven years, 49 has allocated millions of dollars.

If a different nation develops such a weapon and uses it against the US military, the Air Force wants to find out what consequences for human health they might face. However, this project has a downside. The announcement states that the identification of new bio-effects on the human body can have "both defensive and attacking" importance, and lead to "the creation and development of directed energy systems."

But first, these studies need to be done. For this, the unit will conduct "genomic, metabolic and proteomic studies to determine which critical molecular or biochemical changes caused by the effects of weapons of directed energy, before or in time for the operation." This means exploring how the focused impacts of high-energy microwaves and radio waves change our metabolites, DNA and proteins.

In theory, most directed energy systems should not cause a person long-term harm after leaving their affected area, in addition to various non-lethal effects, such as prolonged vomiting. In other words, if the military needs to stop a person who is approaching their position, a sound blaster or heat beam is a useful option to “escalate power”, as stated in the statement of the air force.

In other words, this on the scale of possible impact is somewhere between a sound warning and a shot to kill. It should be noted that such devices are not new. Sound guns, such as LRAD (a long-range acoustic device), use a combination of audio frequencies that are so unbearable for human hearing that they cause severe vomiting. In the case of exposure to radiation, ADS (active countermeasure system), which uses millimeter waves to create the sensation, as if the person is burning alive - which is very painful, but deliberately not fatal. However, if the system is turned on at full capacity, a person can get quite serious burns.

Such weapons are also a kind of diplomatic problem. The system of active opposition was briefly sent to Afghanistan, but then hastily withdrawn without a single use, as politicians felt that the use of this system in the promotion of the Taliban would be of great value. However, after the assassination of the American ambassador and the attack on American diplomats in Benghazi, the State Department said that the use of non-lethal weapons could become one of the potential systems to protect the embassy from terrorist attacks.

But of course, the development and use of exotic weapons that disrupt the work of the human body in completely unexplored ways can be called diplomatic.
Ctrl Enter
Noticed a mistake Highlight text and press. Ctrl + Enter
We are
Pacifying the crowd: non-lethal weapons in search of the right momentDirected energy weapons today. Power, heat, size and application trends
10 comments
Information
Dear reader, to leave comments on the publication, you must to register.