The return of "humpback" 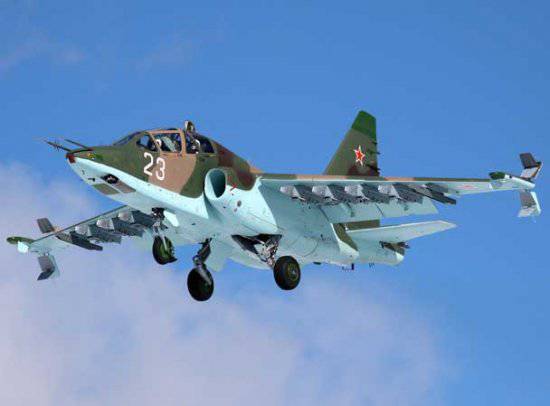 Ulan-Ude aviation the plant is about to resume production of the Su-25UB. Their construction was begun in the last years of the Soviet Union and stopped in the 90s, and now these aircraft can not only help prepare the Air Force personnel, but also create the basis for the manufacture of new attack aircraft.

At the aircraft plant in Ulan-Ude, now part of the Russian Helicopters holding (main current profile: building Mi-171 helicopters, repairing and upgrading Mi-8 family rotary-wing aircraft), it is planned to restart the assembly of combat trainers Su-XNUMHUB in the interests of Russian Air Force. This was announced by the general director of the Oboronprom concern Andrei Reus, noting that the issue of resuming production was also agreed with the United Aircraft Building Corporation. According to Reus, the car will receive a more modern onboard electronic equipment. He also noted the high export potential of the Su-25 family of aircraft, which, since the collapse of the Soviet Union, have practically not been produced in the series.

Su-25 attack aircraft, which received the unofficial nickname “rooks” in the troops, are a good example of a cheap and effective machine for direct support of ground forces. The development of the two-seat version of the aircraft, designed for full-scale combat use, began at the end of 70, but in connection with the preparation for the release of a new attack aircraft version, the creation of a “flying simulator” was postponed, and in 1983 the building of an experimental vehicle after two years of slow assembly and stopped at all.

These delays led to the fact that the absence of combat training aircraft in the combat units had to be compensated for by imports: all this time the Soviet Air Force used the L-39 Albatros of the Czechoslovak company Aero, which were purchased around 15 for about 2000 years, to train attack pilots units. As a result, the Su-25UB installation series at the Ulan-Ude plant began to be produced only from the 1985 year.

In the export version (Su-XNUMHUBK), the aircraft managed to get in insignificant quantities to Angola, Iraq, the DPRK and Czechoslovakia following the delivery of basic Su-25K attack aircraft. Korean cars are assigned to the 25-th aviation regiment, and, according to available information, they are maintained in a high degree of combat readiness, not least due to the simplicity and cheapness of service, as well as the availability of spare parts in the world market weapons (including in the composition of the "gray" parties). Nobody has seen the Iraqi “rooks” after 2003 (it is believed that they could have been driven to Iran, as has already happened in 1991), but Angolan, according to a number of information, are now unsuitable for active use. Czechoslovakia are divided between the Czech and Slovak Air Forces. In 2000, the Czechs brought all their Su-25 family planes to storage, some of them sold to Georgia, and the Slovaks handed over their planes to Armenia. Some African countries also received combat training "drying" after the collapse of the USSR: some (Chad, Equatorial Guinea) came from Ukraine, others (Sudan and Côte d'Ivoire) came from Belarus.

This somewhat exotic geography of supplies shows how easy a combat training “rook”, quite suitable not only for training flight crews, but also for delivering full-fledged air strikes in low intensity conflicts, is in demand in relatively poor third world countries - first of all in Africa, on the “flaming continent”.

There was also a deck-type combat trainer (Su-25UTG), designed to test the landing skills of the Su-27K fighter pilots based on the 1143.5 “Admiral Kuznetsov” heavy aircraft-carrying cruiser. At the moment, the aviation of the Navy has no more than a dozen of such training machines and if a decision is made to build a new domestic aircraft carrier, their younger brethren assembled in Ulan-Ude may well come to the place with the new radio electronics and modernized control system. 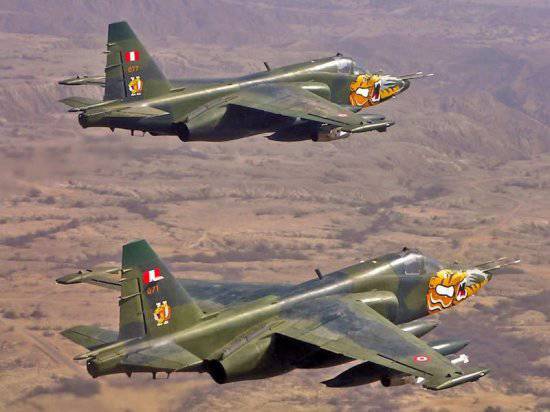 It should be noted one important side aspect of the ordinary in the essence of the decision to resume the production of combat-training "rooks". The fact is that Su-25UB is approximately 85 percent unified in design with the Su-25T attack aircraft (they are also “humped”), which were designed at the beginning of 80-s on the basis of training sparks, subsequently “pushing” them away in the priorities of the state defense order .

A series of aircraft of the Su-25T battlefield became a further development of the Su-25 concept, reoriented from general-purpose attack aircraft to the narrow functions of fighting against enemy armored vehicles. The first flight of a new fighter tanks made in 1984, and began to be mass-produced only in 1990 at the Tbilisi aircraft plant, and therefore, before the collapse of the USSR, they managed to build only 12 cars there, and according to various sources, the Russian Air Force, according to various sources, did not get more than a dozen . These aircraft were successfully used in Chechnya. It was also reported that about a dozen Su-25Ts were assembled in Tbilisi between 1992 and 1996. However, no traces of these attack aircraft in the Georgian Air Force could be found, which, apparently, brings us back to the topic of illegal export of Soviet weapons to the Third World.

In 1995, the first flight was made at the Ulan-Ude aircraft plant, the second modification of this family - Su-25TM, which was started to be designed in 1984-m. Despite the official labeling, this machine had only a layout relationship to its anti-tank predecessor of the modification "T". The cardinal changes affected the avionics: in addition to upgrading the Shkval-M optic-electronic sighting system, the aircraft received a pendant design of the Spear-25 radar as well as the GPS / GLONASS satellite navigation receiver. All this greatly expanded the shock capabilities of the attack aircraft.

The machine could now confidently use almost the entire spectrum of air-based guided weapons, suitable for its weight and size characteristics. The aircraft’s arsenal includes X-31А and X-35 anti-ship missiles (an aircraft equivalent of the Uranus surface cruise missile complex), X-31P and X-58 anti-radar missiles, X-25 and X-29 attack rocket families, as well as missiles laser-guided 9K121 "Whirlwind" and adjustable bombs. The air-to-air weapon was no exception: the more serious samples, the P-60 (short-range), P-73 and P-, were added to the outdated P-27 melee heat missiles that were in the “rooks” ammunition. 77 (medium). Thus, the Su-25TM was able to stand up for themselves in an air battle, and some experts have already managed to call him a "helicopter fighter".

As a result, a completely new multi-purpose strike machine has grown from a highly specialized anti-tank aircraft. That is why, in the advertising interests, the marking of “TM” began to be abandoned, and since 1996, the export version of “rook” (Su-25ТК) has been called Su-39. However, the full-scale mass production of new attack aircraft did not begin, although this issue was repeatedly considered during the 2000-s. In particular, in October 2008, at the extended meeting of the Ministry of Industry and Trade in Ulan-Ude, the task was to resume the release of Su-25UB and Su-25ТM from the moment the Ministry of Defense specifies its needs for these types of aircraft. 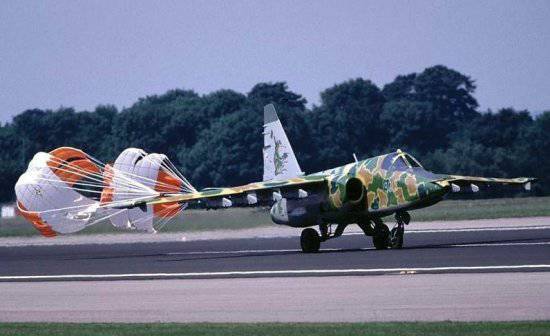 At the moment, apparently, we are talking about further concretization of the application of the Russian Air Force to combat training vehicles. Last year, a number of sources reported, our military department intended to order such attack aircraft 16, although this information was not officially confirmed. Considering the degree of unification of the production of UB and TM modifications, one can well expect greater clarity also on the issue of production and supply of combat humpback troops to the troops.

In this case, the Ulan-Ude plant will become a competitor for the state order to improve the fleet of attack aircraft of the Russian Air Force with the 121 aircraft repair plant in Kubinka, situated near Moscow. It was there that the Su-25 base aircraft were now upgraded before the Su-25CM modification, which competes in its fighting qualities with the Buryat attack aircraft (in particular, the RLPK-25CM designed radar-based missile system was used on it ").

However, the 121 plant is not a full-fledged aircraft building enterprise and cannot produce new SM-type machines, and is only able to improve the finished ones. In Soviet times, the headquarters of the Su-25 was the aforementioned Tbilisi aircraft plant, and the company in Ulan-Ude, which previously produced MiG-27 fighter-bombers, was just put on the Su-25UB line. At the beginning of 90-x, all the developments on the Su-25T were officially transferred there, after which they began to make a modern version of TM in the capital, Buryatia.

As a result, in 1992, Russia got the only aircraft factory equipped “on the topic of 25's”, which is able to build new attack aircraft, but it does not have the equipment to produce the “standard” (and not the humpback) version of the “rook”. And although the Ministry of Defense made statements several times during the 2000s that no new attack aircraft were planned for delivery to the troops before the 2020, now this position may be revised in light of the expansion of the state defense order - if the Air Force decides that in addition to the upgraded version of the SM attack Aviation needs and new attack aircraft.

As such, only Su-25TM can be offered, if we exclude the competition version for a new car as an unnecessarily expensive option in terms of time and resources, and re-equipping production in Ulan-Ude with the SM version as irrational for technological and time-consuming for administrative reasons. In this case, the resumption of Su-25UB manufacturing in the Buryat capital, which seems to have taken place, will serve as a good “training” basis for technological preparation of the potential mass production of new combat attack aircraft.