March 23 2013
35
Of all the E-series projects, the E-100 heavyweight tank is of the greatest interest, especially since it is the development program tank E-100 has become the most advanced. Research and development work on the E-100 tank was carried out at the Adler factory in Frankfurt am Main. The development of the project began on June 30, 1943 and did not stop for a single day until the very end of the war.


Designing a super-heavy tank has become a tribute to the Fuhrer's gigantism. In the second half of the war, the German designers and, especially, the industry, which was experiencing a shortage of everything and everyone, probably had more important tasks than designing a fort on tracks. At the end of 1944, Mr .. Hitler showed signs of common sense, banning further work on all projects of heavy tanks, but work on the E-100, however, continued. The designers managed to complete most of the design work, and the assembly of the hull began in Hausenbeke near Padernborn.

The tank chassis and propulsion system were prepared for testing at the beginning of the 1945. The Maybach HL-230 engine and Maybach OG-401-216В transmission was installed on the tank. Differentials were used the same. as on the tank "Tiger" - Henschel LR01. caterpillars were recruited from Adler trucks, which were 1000 mm wide. The use of such wide tracks required the addition of these “combat” tracks to transport, mounted on the railway. the car could fit into the train size The drive wheels were located at the rear of the hull. The thickness of the frontal armor was 240 mm. Side armor thickness - 120 mm. The tower on the tank to install before the war ended. The body for testing purposes was installed only mass-dimensional model of the tower. The tank was supposed to be armed with an 150 caliber mm gun or even a 170 mm gun. The estimated maximum speed of the monster was 40 km / h. The Allies took many photos of the prototype in Paderborn. In 1945, the British transported the hull of the E-100 tank to their island for research and testing. 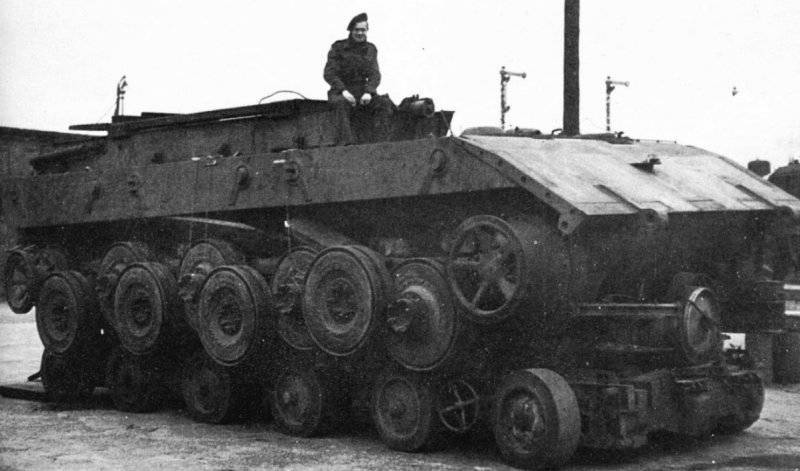 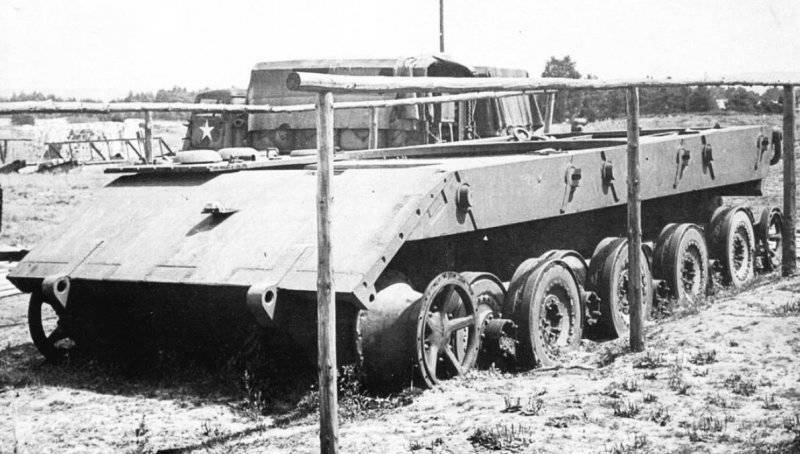 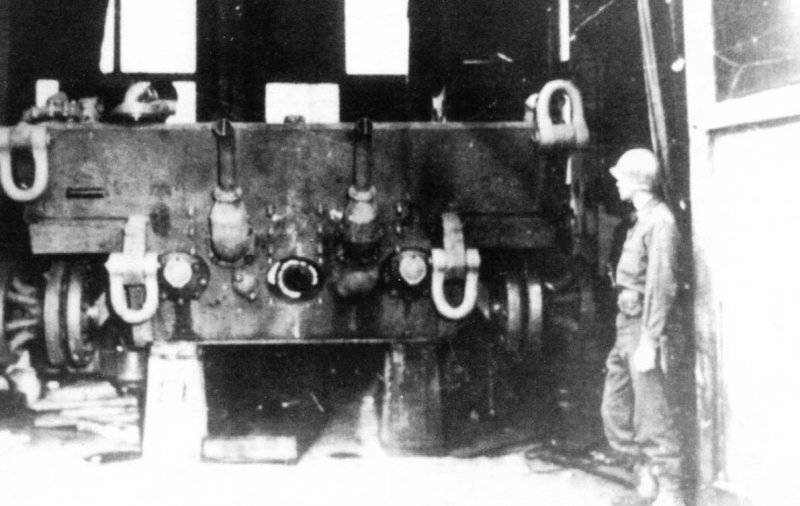 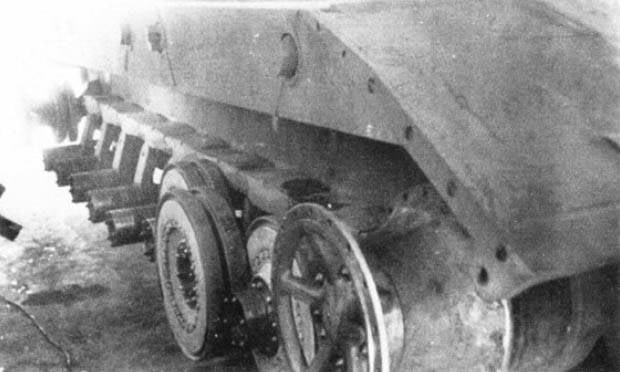 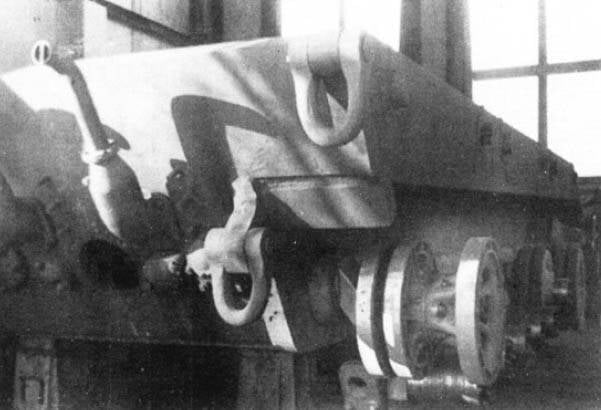 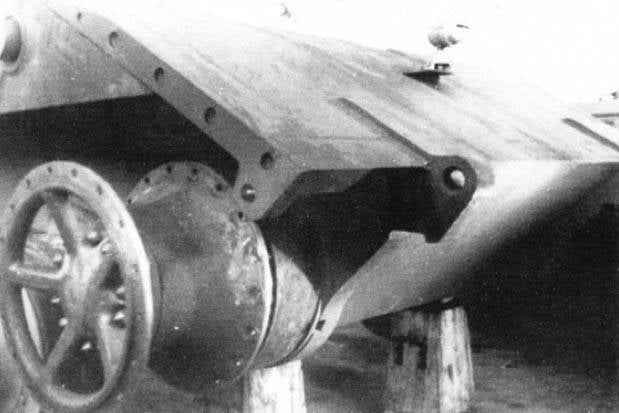 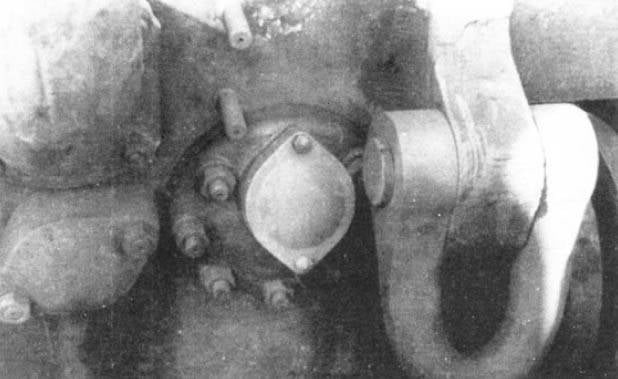 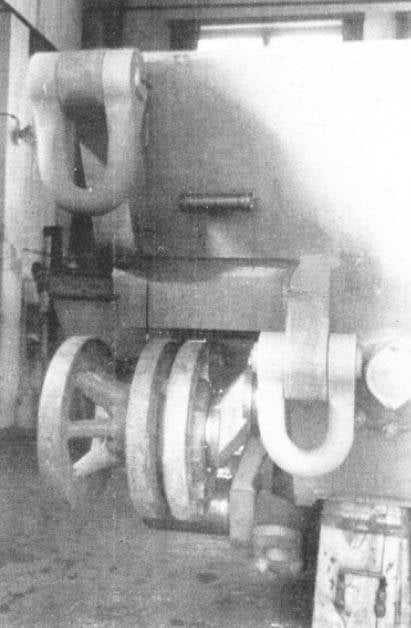 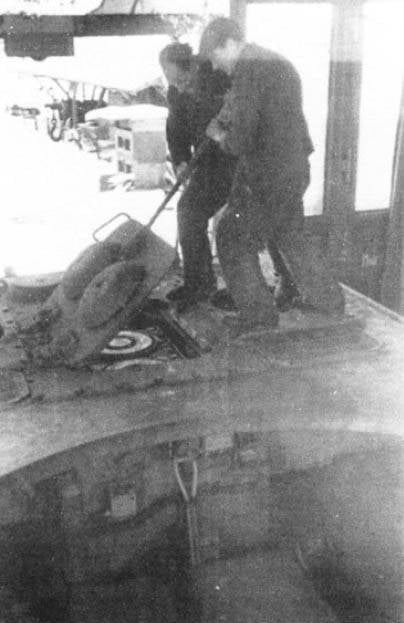 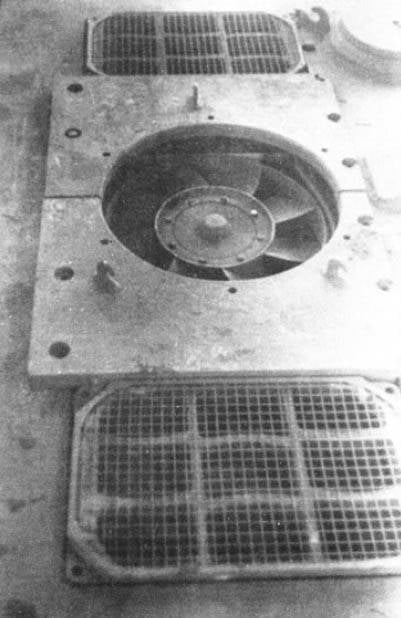 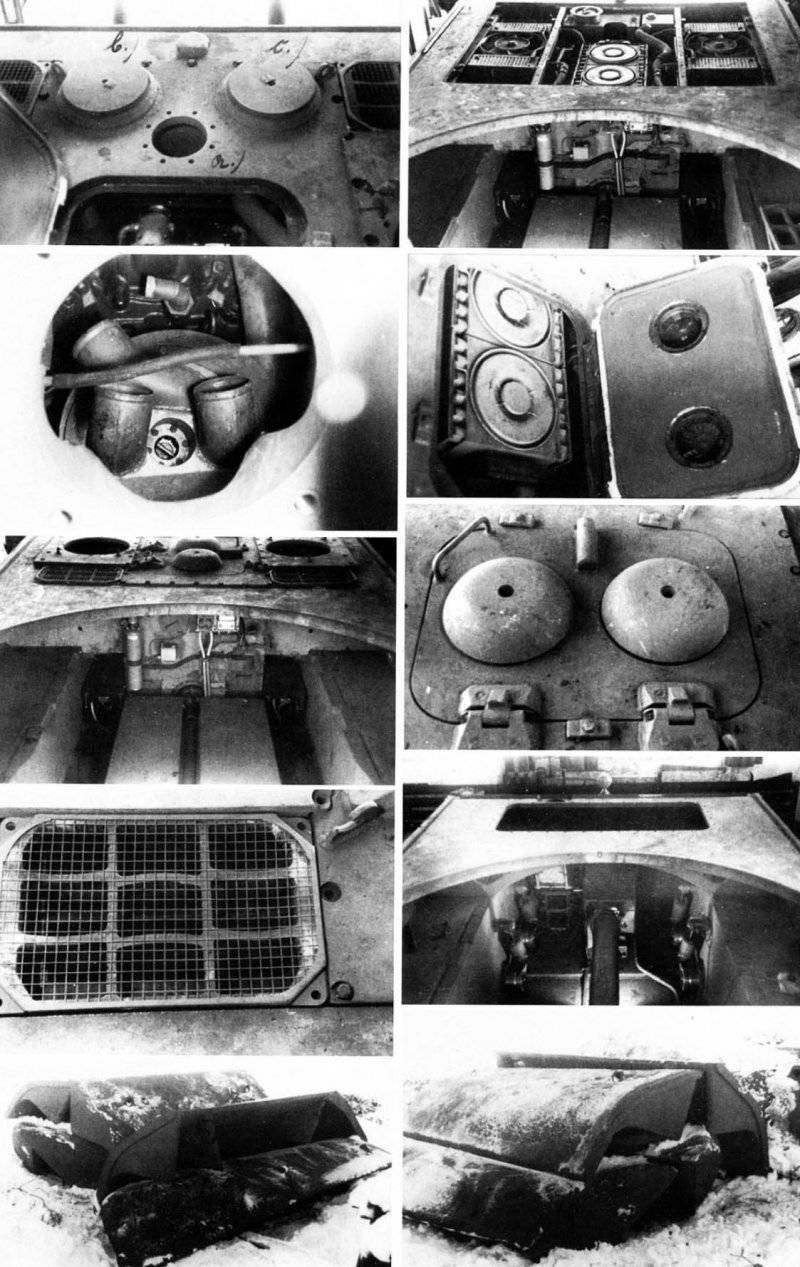 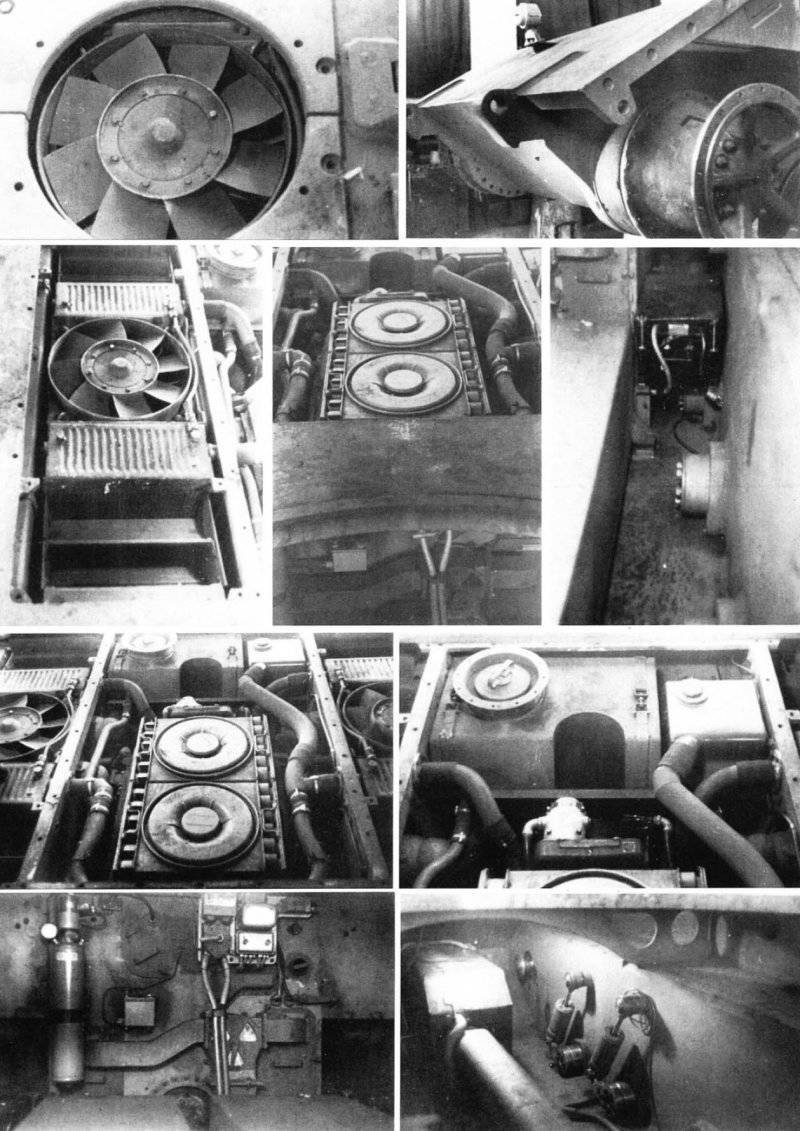 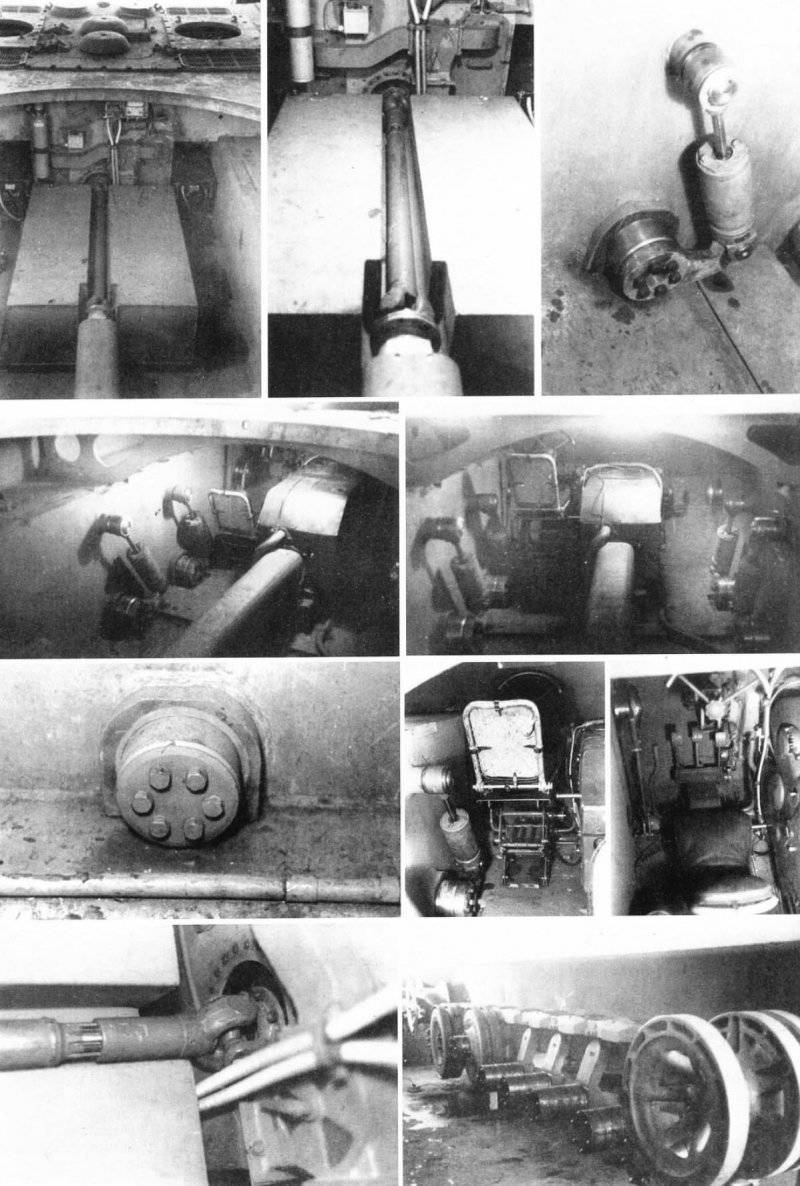 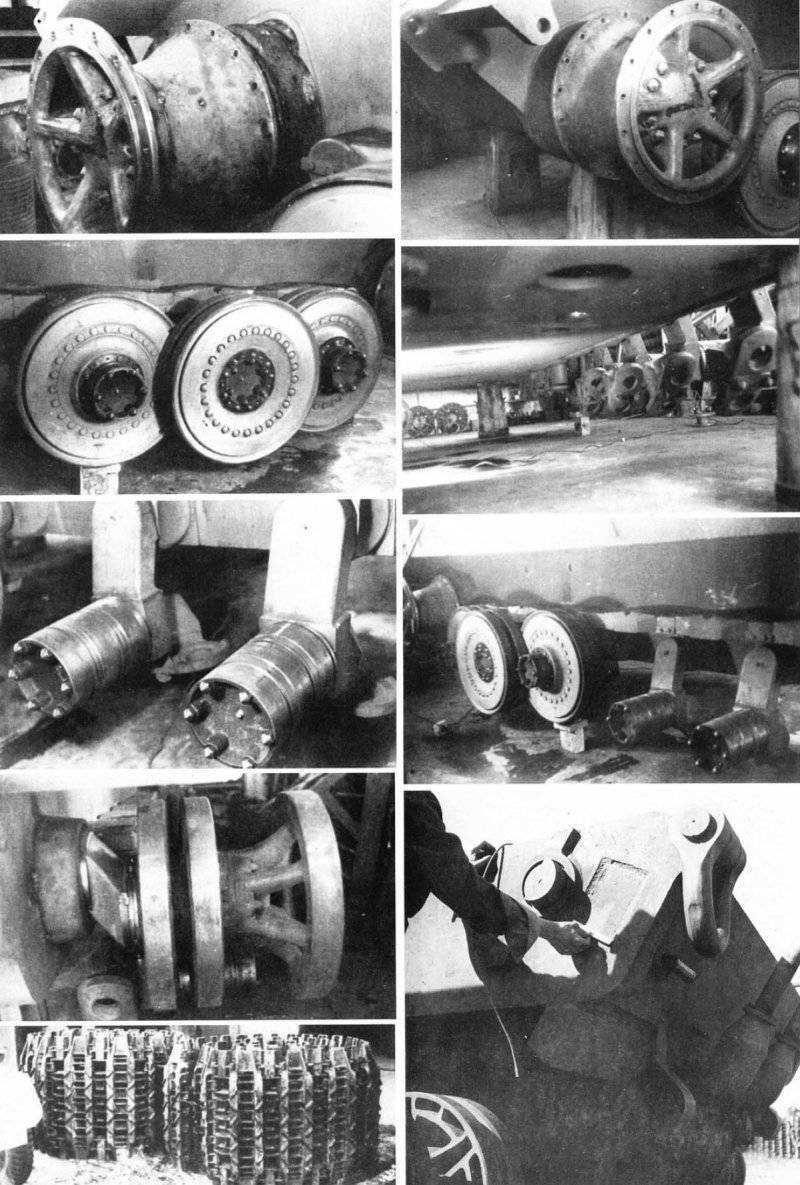 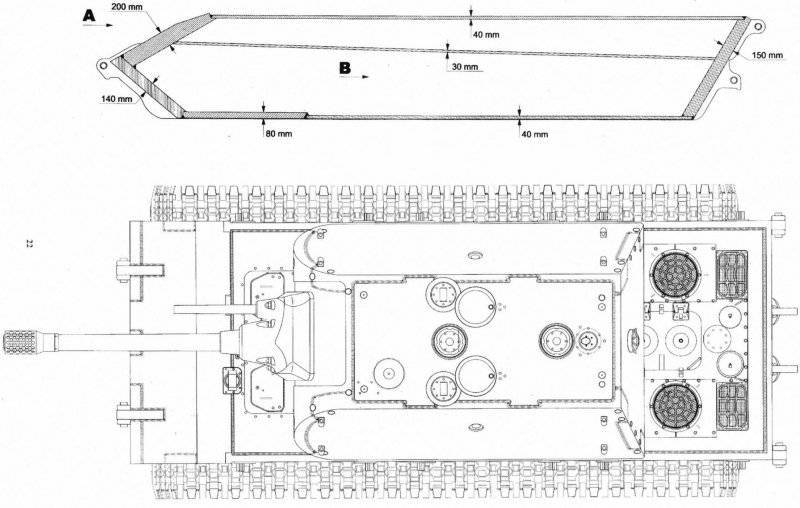 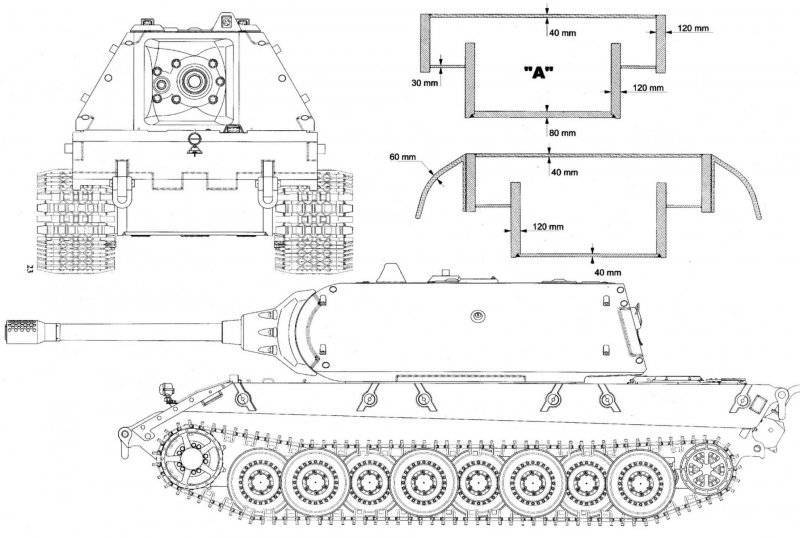