The secret space drone of the US Air Force successfully tested 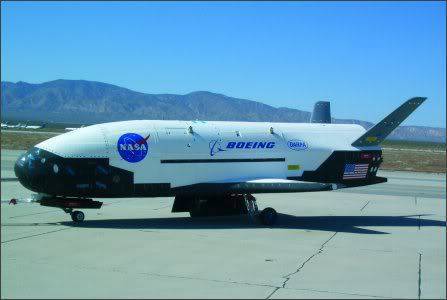 The test flight of a secret unmanned military spacecraft of the USAF X-37В ended successfully.

“We are very pleased that this project has implemented all the targets set in orbit for the first mission of the apparatus,” said Lieutenant Colonel Troy Giese from the Air Force Rapid Capabilities Office, AFRCO, managing the X- 37B, transmits RIA "News».

The next launch of X-37B (OTV-2) is scheduled for the spring 2011 of the year. Earlier it was reported that the US Air Force will contract for a second X-37B, depending on the success of the current mission. 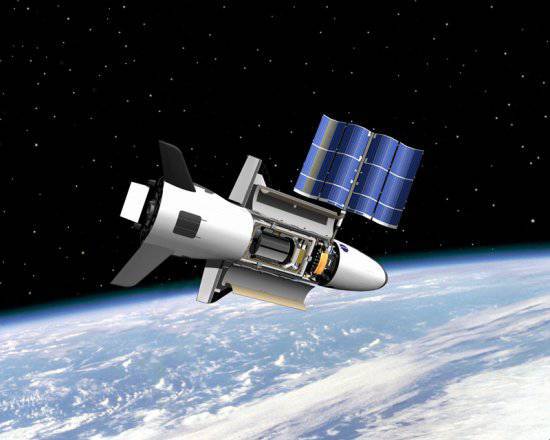 X-37B was launched into April 22 orbit in an atmosphere of secrecy. To power in orbit, he used solar panels, which, in theory, could allow him to autonomously be in near-Earth space for 270 days. At the same time, additional fuel tanks along with a jet engine allow it to maneuver in orbit. This explains the sudden change in course.

In August, X-37B misled astronomers around the world watching it, "disappeared" from their sight for three weeks and re-appeared, but in a different orbit.

# {weapon} Experts believe that this mysterious maneuver, in which the shuttle changed its orbit, demonstrating its invisible qualities, could give another clue to the true purpose of the American apparatus.

Created by a division of the Boeing Aerospace Corporation, X-37B was initially developed under the leadership of NASA. However, later the project secretary became the curator of the US Air Force.

It is officially reported that the prototype of the X-37B orbital drone was created to test new technologies launching into orbit and lowering loads from it. Meanwhile, the media claim that only a few people in the leadership of the Armed Forces of this country are aware of the true purpose of the “space tug”.

However, many experts say that the creation of such an apparatus, which cost US taxpayers 173 million dollars, is economically unviable for declared purposes. They believe that X-37B was created for reconnaissance purposes, and one of its true missions could also be a space interceptor function, which would allow inspecting other spacecraft and, if necessary, disable them using kinetic effect.