November 25, 2010
2
China is looking for a replacement for Russian aircraft and is developing its GLONASS equivalent.

On November 21, in the South Chinese city of Zhuhai, the eighth Airshow China 2010 was completed - the most ambitious history its holding from 1996 of the year. About 600 companies from 35 countries took part in it. The salon began not in the best way for Russia - on the day of the exhibition, the participants of three Russian delegations suffered from local thieves on the day of the exhibition. Thieves, two girls and an elderly man, stole expensive photographic equipment and purses with money and documents from the Russians. The police and security of the exhibition claimed that the thieves would be caught. But to do so and failed. 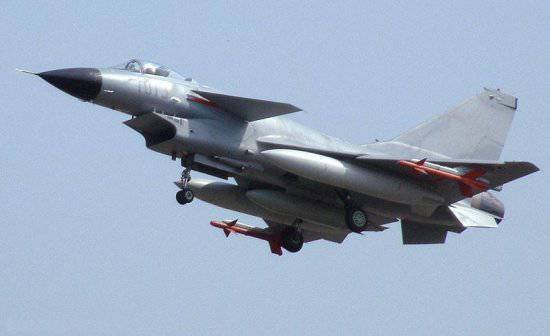 Military-technical cooperation with China is not very successful for Russia: immediately after the salon was opened, a representative of Rosoboronexport acknowledged that in military-technical cooperation with China, the emphasis recently shifted from supplying finished products to providing after-sales service for supplied weapons and military equipment . Indeed, over the past 15 for years, only Su aircraft have been sold around 280 “The market is saturated. The technique has a warranty resource. Assigned service life to 30 years. We cannot supply new equipment every year, ”said Sergei Kornev, the head of the delegation of the state intermediary.

Although Russia continues to execute the contract for licensed production in China of 200 fighters Su-27, put 105 kits, 95 remains. There were some disagreements, they are now being settled, but the 1996 contract of the year was not suspended. Despite China’s provision of Su-class fighters, the first Russian export contract for the supply of the latest Su-35 fighters is still brewing. It can be signed before the middle of 2011, the deputy director of the Sukhoi company and the head of its representative office in Beijing, opened back in 2005, said Sergey Sergeev. In the press, China, Libya, and Venezuela were among the main bidders for the purchase of the Su-35.

Su-35 - deeply upgraded super-maneuverable multi-generation fighter "4 ++". It uses the technology of the fifth generation, providing superiority over fighters of a similar class.

At the same time, Sukhoi denied reports in the Hong Kong press about the resumption of negotiations with China on the supply of carrier-based Su-33 fighters. “We have completed negotiations on the deck aviation two years ago, and since then they haven’t returned to this topic, ”Sergey Sergeyev said at the air show. Negotiations came to a standstill due to disagreements about the minimum party size. And these planes have not been produced for a long time. And in the PRC, two types of carrier-based fighter aircraft have already appeared. One of them was created on the basis of precisely the Su-33 - on the basis of the prototype T10K of the Soviet era received at one time from Ukraine.

Ukraine generally tries to gain a foothold in the Chinese arms market. In 2011, the Kiev Aviation Concern Antonov is planning to open a representative office in Beijing. Ukrainian aviators flew to the Zhuhai exhibition on the new An-148 (Russians - by public air transport). He made a demonstration flight here. This airliner is created in collaboration with Russian colleagues. Together they are negotiating with Chinese customers who show interest in An-148.

For the first time - while in a static parking lot - the new Russian-Chinese training aircraft for the initial flight training L-7 was presented to the world aviation community. In Russia, he received the name Yak-152. This is the brainchild of two corporations - the Russian Irkut and the Chinese Hund. It can train both military pilots and civilian pilots. The machine is designed to overload up to nine units.

Again, for the first time among all the training aircraft of this class in the world, an ejection seat was used. Before the end of this year, it is planned to lift the car into the air. According to our and Chinese marketers, the market for the new aircraft is several thousand cars. The aircraft is included in the draft armament program for the period up to 2020 year for delivery to the Russian Air Force. It will also be purchased by the Chinese Air Force.

Russia plans to offer the Chinese partners a new military transport aircraft IL-476. Its production takes place in Ulyanovsk. It will be a deeply modernized IL-76 - the next generation aircraft. In parallel, consultations are continuing on the prospects for the joint development of a heavy transport helicopter, but so far there have been no real shifts in this project.

Meanwhile, China itself becomes a manufacturer of civil aircraft. Created here own long-range passenger liner C919 found the first customers. Its manufacturer, the Chinese commercial aircraft corporation COMAC, has signed a contract for the supply of 100 machines at the exhibition. Among the customers are the leasing division of American General Electric and three major Chinese airlines. The first flight of the C919 is scheduled for 2016 year. In the coming 20 years, COMAC plans to bring about 2 thousand to the market. As expected, in the future this aircraft will compete with Airbus-320 and Boeing-737 aircraft.

At the exhibition, it became known that China recently acquired the third heavy helicopter Mi-26TS and intends to order another such rotary-winged aircraft. Contracts for the delivery of Mi-17 type helicopters to China are being carried out, and by next year the Russian presence in China will increase to more than 300 helicopters. A special service center is being established in Qingdao to service the Russian helicopter in China as part of the joint venture Sino-Russian Helicopter Service Company.

Moscow Machine-Building Enterprise named after V.V. Chernyshev, under contracts previously signed by Rosoboronexport, supplied 100 RD-93 aircraft engines to China. As announced at the exhibition, work is currently underway to prepare a contract for the second option. It also involves the delivery of a batch of 100 engines. In total, China plans to purchase at least 500 of such engines from Russia.

The RD-93 was developed for the new Chinese fighter FC-1, designed primarily for export. A significant part of the cost of developing this fighter (according to some sources, up to 50%) is assumed by Pakistan, which plans to produce at its enterprises before the 250 of these fighters.

Rosoboronexport announced that the long-standing and painful problem had moved forward - China said in Zhuhai that it was ready to discuss issues related to the protection of intellectual property rights. Rosoboronexport plans to hold consultations with Chinese partners on this issue in the near future.

This is about the unlicensed copying of the PRC of Russian military equipment, in particular, Kalashnikov combat aircraft and assault rifles. According to experts, Russia annually loses up to 6 billion dollars from deliveries of non-patented samples of military equipment abroad. The business reputation of Russia as a bona fide partner is discredited.