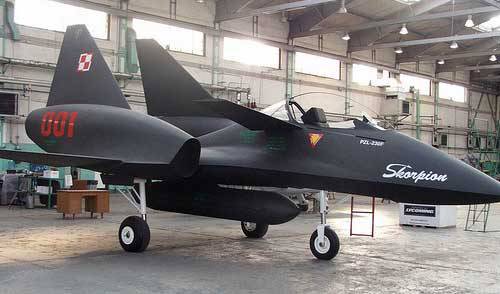 Work on the creation of this seemingly very exotic combat aircraft began in 1990. The requirements of the Polish Air Force included the development of a universal combat vehicle designed for direct support of troops, reconnaissance, as well as the fight against attack aircraft, helicopters and RPVs (a similar concept of a SABA combat aircraft was explored in the UK in the 1980s). Initially, the plane PZL-230 was planned to be equipped with two PTD PT6А-67А with pushing screws. In the future, the appearance of the car was revised, instead of the theater, it was decided to use two turbofan engines with a high degree of bypass (the new version of the Scorpion was designated PZL-230F). It was assumed that the aircraft will have "super-maneuverability", the ability to make a controlled flight at angles of attack to 50 °. On the 180 °, the plane had to turn around in just 5 seconds.

In 1993, the full-scale model of the aircraft was made, but in 1994, the Polish Ministry of Defense reported the suspension of work on the Scorpion program, concentrating its main efforts on creating, first and foremost, a simpler M-99 aircraft, developed on the basis of the existing TCB design. 1-22. In the future, if Poland succeeds in finding partners in the PZL-230F program, work can be resumed.

Design. The aircraft is made according to the “duck” scheme with a smooth mating of the wing and fuselage. Vertical plumage V-shaped. The engines are located in separate gondolas on the pylons in the tail section. The airframe design is mainly made of composite materials. Introduced individual elements of technology "Stealth". The Martin-Baker MK.10L ejection seat is tilted at an angle of 34 °, which should allow the pilot to withstand a steady overload to 9 units. The cabin reservation protects the pilot from bullets in caliber to 12,7 mm. 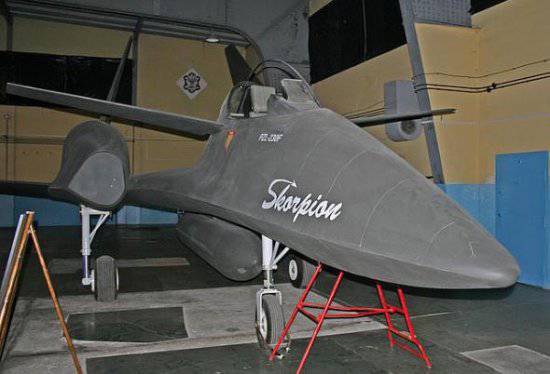 Equipment. Avionics of Polish and Western production. INS, ILS, multifunctional cabin indicators on color CRTs. There is an EDSU. 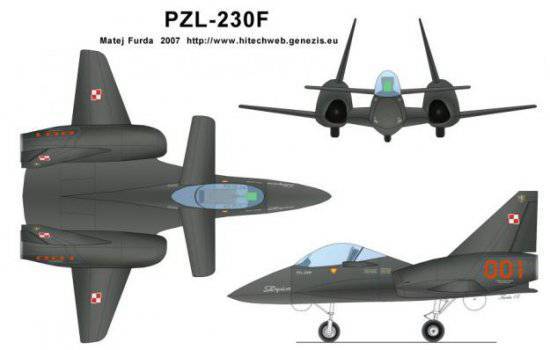 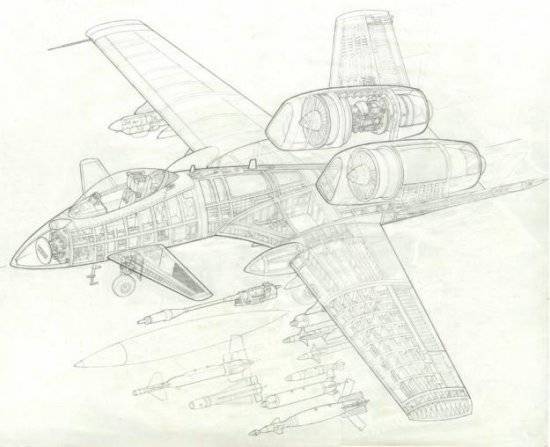