January 22 2013
22
The Japanese company Toshiba, which earlier promised to supply a small nuclear mini-reactor, if not in every house, then practically every quarter, now offers to extract oil using such a reactor. Of course, oil will play a very important role in the world economy for many years to come, but the future of the Japanese project as well as the country's entire nuclear power industry is rather vague. Despite this, interest in mini-nuclear power plants today is in many countries around the world, including Russia, the United States, and EU countries.


Toshiba has been developing the Toshiba 4S mini-NPP project for quite a long time; this project was decoded as Super-Safe, Small and Simple - ultra-reliable, small and simple. According to the creators of this rekator, he had to have a service life of about 30 years (without reloading the fuel). The whole complex of the NPP and the reactor do not need constant maintenance - they only need episodic control by the serving character. The declared capacity of the mini-NPP was 10 MW. The reactor dimensions were 22 on 16 on 11 meters; it was supposed to use a metallic alloy of plutonium, uranium and zirconium as fuel. Serial production of such reactors in Japan is expected to be established no earlier than 2020 of the year. At one time in the USSR there was a similar project to create a mini-reactor "Elena".

Issues related to nuclear power after the accident at the Fukushima-1 NPP, cause a lot of uncertainty. In 2011, due to the panic caused by the strongest earthquake and subsequent tsunami, in Japan they seriously discussed the possibility of closing all nuclear power plants or at least suspending the construction of new power units. Despite this, at the end of 2012, the new Prime Minister of Japan, Shinzo Abe, promised to start building new reactors, but this statement almost caused mass protests. It seems that the Japanese public will remember for quite a long time how, in the first months after the disaster at the Fukushima-1 NPP and the emergency stop of most of the NPPs located in northeast Japan, air conditioning was turned off in offices and trains even on hot days evening Tokyo was impossible to find out because of the illuminated illumination of shopping centers and skyscrapers. And the ghost of the Chernobyl disaster does not allow to forget about yourself. 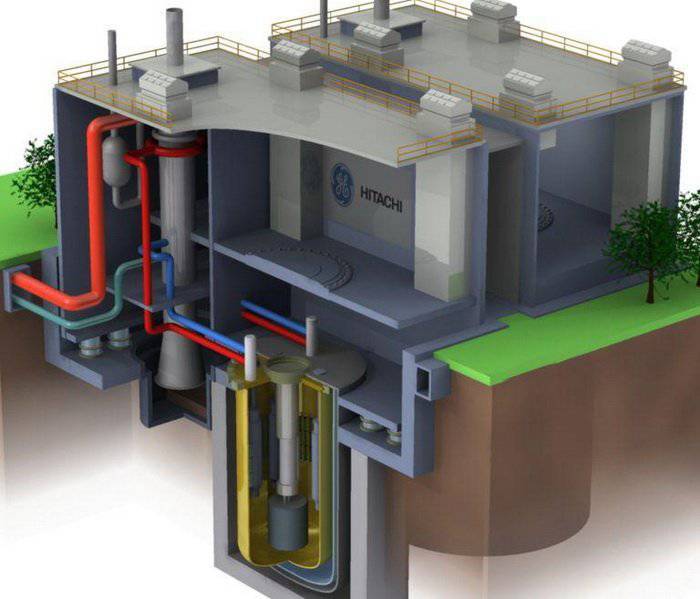 According to the Japanese newspaper Yomimuri Shimbun, without waiting for any decisions about the fate of reactors in Japan, Toshiba began creating a mini-reactor, inventing a very unusual sphere of use for its use: oil extraction from tar sands. It is in this form that deposits of oil in sufficiently large quantities can be found in Mexico, Venezuela and Canada, while only relatively recently, experts began to consider them as full-fledged oil reserves.

Oil production from tar sands can be performed in a variety of ways, but all of these can be very energy intensive, especially if the sand beds are at a sufficiently large depth. Most often we are talking about 300 meters and more. In the process of their production, the oil sands through the drilled well are saturated with hot steam, after which the resulting viscous material is pumped out with the help of another well, which is lower than the well with steam supply. In addition to high energy and water costs, this method of extraction has another drawback: gas boilers are used to produce steam, which are distinguished by high carbon dioxide emissions and relatively high labor costs.

Oil reserves, which is located in the tar sands in Orinoco (Venezuela) and Alberta (Canada), amount to about 2,0 and 1,7 trillion. barrels, respectively, while global reserves of ordinary oil at the beginning of 2006 were estimated at 1,1 trillion. barrels. Thus, tar sands account for up to 2 / 3 of all the world's oil reserves. According to the World Energy Council, there are about 600 oil sands deposits in the world, located in 23 countries of the world, with the largest in Canada. But the technologies used to extract this oil are not yet sufficiently efficient and economically viable.

It is worth noting that in the foreseeable future, the production of such oil will be no more than a few percent of the total production of “black gold”. The main difficulty lies in the fact that the extraction of oil from tar sands requires a large amount of fresh water and total energy costs, which according to some estimates constitute 2 / 3 of the energy potential of oil produced by this method. 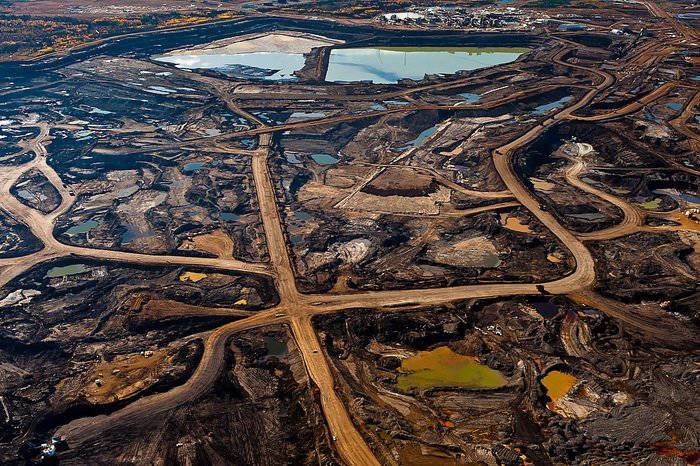 Place of oil extraction from tar sands
According to experts, mini-nuclear power plants can be sufficiently used for oil production only if their introduction is economically feasible, and therefore will directly depend on the price of natural gas, and a continuous increase in prices for blue fuel is not at all axiom. As a result of the so-called “shale revolution” of the last decade, gas workers from the United States became so involved in gas production that prices overcame seriously due to overproduction. All this, of course, does not exclude the likelihood of toughening international legislation on the amount of harmful emissions of carbon dioxide and other harmful substances into the atmosphere, which can make the mini-NPP quite attractive for the oil business. However, the difficulties encountered in extending the Kyoto Protocol in the 2012 year show how difficult it is to achieve intergovernmental coordination and cooperation in environmental matters.

In turn, Japanese journalists look to the future with optimism and well assess the chances of the mini-nuclear power plant project. According to them, only in Canada there are more than 100 petroleum deposits, which have enough oil reserves in Japan for 100 years. However, the Japanese concern Toshiba sees other prospects for its reactors. According to them, the power of reactors is quite enough for the operation of stations for the desalination of sea water or the operation of electrolytic equipment for vehicles on hydrogen fuel cells. In addition, such mini-reactors can be used as the most common power plants, although in this case you will probably have to carry out serious work with local residents who are unlikely to want to have an operating nuclear reactor in their yard.

It is worth noting that the creation of a mini-nuclear power plant, Japan began in the early 2000 years. Toshiba’s 2007 press release noted that the corporation hoped to use these reactors for sale to individuals. The use of mini-nuclear power plants should have been to provide homes with electricity and their heating. However, after the 2011 event of the year and Fukushima, this idea seems to have ceased to meet any enthusiasm among Japanese homeowners. 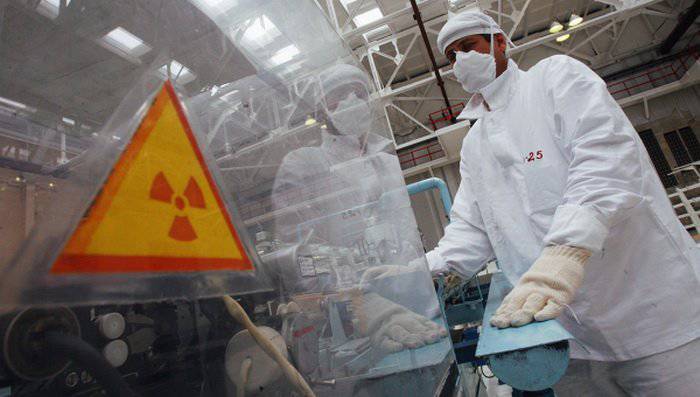 It is worth noting that the development of compact reactors is rather densely engaged not only in Japan, but also in the USA. The company from America Gen4 Energy, which until March last year was called Hyperion, is going to enter the mini-nuclear power plant market with a capacity of about 25 MW. The Hyperion reactor is a fairly compact unit that feeds on low-enriched uranium. Its capacity will not exceed 27 MW, which will be quite enough to ensure not the largest industrial production or 20 thousands of average households. According to the manufacturer, the cost of "nuclear" electricity will not exceed 10 cents per kilowatt-hour.

The prices for these mini-nuclear power plants also promise to be quite democratic. According to the executive director of the company, they will be sold on the market for about 25 million dollars apiece. For a community of thousands of households from 10, they will be a fairly affordable purchase — a total of 2 500 dollars per house. Although the company sees its main sales market primarily in the industry, it has already received 100 orders for its installations mainly from companies in the energy and oil-producing complex. The company's plans for the production of mini-nuclear power plants can be recognized as Napoleonic, for the period from 2013 to 2023, it expects to launch up to 4 000 such reactors to be manufactured at 3 facilities located in different parts of the world.

We are in Yandex Zen
The nuclear industry of Russia is waiting for “Breakthrough”
"Pluto" - a nuclear heart for a supersonic low-altitude cruise missile
22 comments
Information
Dear reader, to leave comments on the publication, you must to register.