Venezuela will get into service Russian coastal missile systems 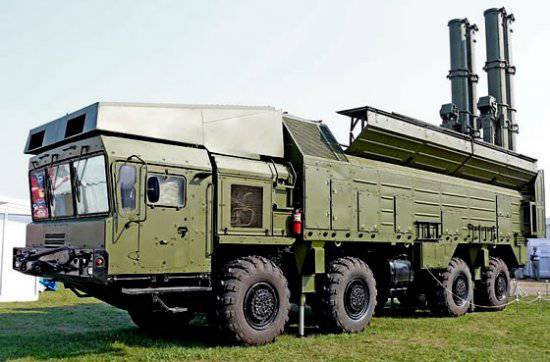 Deliveries of Caracas ordered in Russia of rocket systems designed to protect the coast, will begin in the 2011 year, according to Infodifensa.

In an interview with the Ultima Noticias newspaper, the commander of the strategic operational command of Venezuela, Major General Henri de Jesus Rangel Silva, confirmed the statement made by President Hugo Chávez in September 2009 in September, according to which missile systems with a range of up to 300 km will arrive in Venezuela in the near future.

Like William Chavez, the general did not name the type of armament, however, according to TsAMTO, they could be the multifunctional missile mobile coastal complex "Club-M" or the mobile coastal missile system (PBRK) K-300P "Bastion-P".

The Club-M complex is designed to detect and destroy 3М-54Е and 3М-54Э1 anti-ship missiles of surface ships, and 3М-14Э missiles - ground targets of the enemy.

PBRK K-300P "Bastion-P" is one of the most modern in the world. It is a mobile missile system, armed with a standardized supersonic anti-ship missile (PKR) P-800 "Yakhont". The complex is designed to defeat surface ships of various classes and types from the composition of amphibious formations, convoys, shipboard and carrier strike groups, as well as single ships and ground radio-contrast targets under conditions of intense fire and electronic countermeasures. The range of the complex is up to 300 km. PBRK "Bastion" is able to protect the coastline with a length of more than 600 km from the landing operations of the enemy.

The standard set of the system consists of four self-propelled K-340P launchers with two transport-launching glasses with Yakhont anti-ship missiles (up to three according to some sources), one or two K380P command and control vehicles, and four duty-loading vehicles K342P. Equipment support includes a set of maintenance tools and training facilities. The number of launchers, transporting and combat vehicles and combat control vehicles may vary depending on the wishes of the customer.

The time from the receipt of the order on the march until the deployment of the complex to the combat positions does not exceed five minutes, after which the battery is ready for use of eight RCCs. The position may be up to 200 km from the coastline.

During a visit in October last year by Russian President Dmitry Medvedev to JSC MIC NPO Mashinostroyenia, it was reported that the company had concluded export contracts for the supply of several Bastion complexes, but the customers were not named.

Rosoboronexport also offers the Bal-E coastal missile system to foreign customers. The maximum range of the X-35Е used by him is 120-130 km.