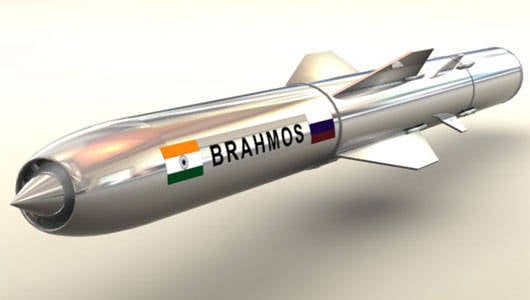 “It is expected that a contract with the Sukhoi design bureau for the revision of Su-30MKI aircraft as an air platform for BrahMos missiles will be signed soon. Modernization of the first two aircraft will be carried out by Irkut Corporation. The Indian Air Force allocated two fighters for this purpose, ”Pravin Patak said at the Indo Defense – 2010 international weapons exhibition in Jakarta.

Missiles "BrahMos" ground and ship-based are already supplied to the armed forces of India. A rocket version is being created for submarine deployment. According to him, the air-launched missile version has already been created, the missile has passed a series of ground tests. After the corresponding refinement of the aircraft will be possible to begin flight tests of missiles.

Test launches of the BrahMos missiles from fighters

Su-30MKI will be carried out on the ranges of the Indian Air Force with the participation of representatives of Russian companies and the Indian corporation HAL, which will later modernize the fleet of Indian Air Force for a new powerful type of weaponry.

Begin work on equipping the first Su-30MKI missiles "BrahMos" is planned at the beginning of 2011 year, and complete flight tests of air-launched missiles - in 2012 year.

The new Russian-Indian cruise missile "BrahMos" is designed to destroy a wide range of different targets. It is characterized by high flight range (up to 290 km), high supersonic speed (up to 2,8 M), powerful combat load (up to 250 kg), and low visibility for radars. The flight of the rocket, the weight of which in the base case is 3.000 kg, is carried out in the height range 10 – 14 thousands of meters along a variable path. In practice, the new rocket implements the principle of “shot and forget” - it finds the goal itself.

The air-launched missile will be lighter than the base on the 500 kg. According to experts, there are no analogues of such a rocket, which would have a supersonic speed and a similar range of flight. In relation to foreign analogs that are currently in operation, the BrahMos has speed advantages 3 times, range validity times 2,5 times, response times times 3 – 4 times.