The real threat is cyber resistance 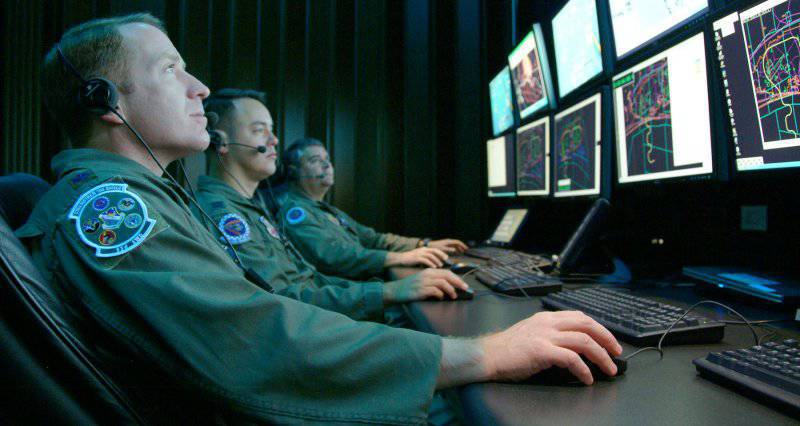 Experts predict that the number and scale of targeted cyber attacks in 2013 will increase significantly. Since state structures are most often the initiators of attacks in cyberspace, the confrontation will affect the vital interests of entire states, regions and, as a result, civilian communities. According to the conclusion of the US intelligence unit, the activity of cyber opposition will increase every year.

An increasing number of the world's population is mastering work on the world wide web. A huge information resource becomes available to everyone. Business requires the development of new techniques, new technologies, the introduction of inventions. Secret state materials are also stored on closed resources. Therefore, theft of classified information from government agencies and private companies has become increasingly widespread.

According to experts, the housing and utilities infrastructure and transport are particularly vulnerable to cyber attacks. Since it is a violation of the functioning of infrastructure systems could lead to a crisis, and possibly destruction, of the state management system in any country. Therefore, it is no secret that many states are funding developments in the field of creating cyber weapons, which can become a means of espionage and the organization of the malfunctioning of infrastructure systems.

The problem is that cyber war today is quite active. And more and more participants are being drawn into it, most often, without their consent. But not all participants will be winners, some of them (and not small) will become a victim of cyber attacks. After all, the one who unleashes a war can also become defeated. And in human stories many examples confirming this.

The first hacker attacks were sites and servers of government agencies. Stolen confidential information and laid out on the public Internet resources. Wanting to defend themselves against hacker attacks, states and large companies began to create their own security systems for information resources and equipment. And the more active the attacks, the more modern and more powerful the defense is developed.

So, in November 2012, a message from one of the leading American publications indicated that a cyber attack had been made on the White House computer network. Experts believe that this was done by hackers working with the Chinese government. The hackers, according to the publication, managed to gain access to the US President's military command and control system. By the way, it is through this network that the American nuclear arsenal is managed. The presidential administration has instructed federal agencies to start developing a new software product to ensure the security of government networks.

It should be noted that as early as June 2011, Obama signed documents allowing the US military, in order to ensure the cyber security of the state, to carry out cyber attacks against US opponents in the event of virus attacks and threats against the country's most important objects. The possibility of such actions is included in the US military strategy. As an excuse for their cyber attacks on the resources of other states, US military officials refer to the increasing attempts to crack the secret information resources of the Pentagon. In one of the signed documents, provides for the protection of personal data of US citizens. According to the US Secretary of Defense, in his October interview this year, more than $ 3 billion was allocated to finance cyber programs, but these expenses may soon be increased to $ 120 billion.

Specialists of the National Intelligence Council prepared a long-term analytical forecast that predicts a rather unattractive picture to the world.

It is assumed that large owners of information Internet resources, such as, for example, Google or Facebook, accumulate such a huge data bank in their systems that they can control all data files in real time. In turn, having mastered the methods of work in the field of communication technologies, national governments have the possibility of unlimited control over the citizens of their country. Civil society, united with the help of the same technologies, may well challenge the state power. An example and confirmation of this are the events of the “Arab Spring”.

American intelligence does not exclude the possibility of a difficult situation when the realities of cybernetic and real space intersect.

Paradox - the whole sphere of development of IT technologies is becoming a deadly direction for humanity. A society, developing its information technologies, lays a mine for itself.

The only way out of this situation is to urgently develop adequate protective measures. The speed with which information technologies invade our lives and the absence of an appropriate level of threat to protection can lead to a global collapse.

Theoretically, it can be assumed that any talented hacker is able to shut down the work of the power system of a big city or take actions that will lead to a more global accident. Admittedly, the number of malicious software is constantly growing, but it does not make it easier to commit cyber attacks. Life support systems, as a rule, are always duplicated and equipped with protective security systems. But, for the attackers, there is still a way of causing the greatest damage to the enemy - to inject malicious code into active processes, thereby disrupting their work. But this cyber attack requires a long “presence” in the adversary’s networks, and this is not easy, because security systems exist in all serious network resources, and especially in those that are responsible for the functioning of life support systems.

US military experts believe that China is the most "dangerous object in cyberspace." So, Chinese programmers, on behalf of the intelligence structures of the Middle Kingdom, carry out constant attacks in order to steal secret information from US government and commercial computer systems.

The most talented computer hackers, along with the Chinese, are experts in France, Israel and Russia. Unlike their Chinese counterparts, they are engaged, to a greater extent, in cyber intelligence, rather than theft of commercial secrets for the prosperity of domestic business. In the year 2012, more than 160 cyber attacks have been registered in the United States for the resources of key government facilities.

It seems that military operations in cyberspace do not take into account allied relations between states. So France reasonably believes that it was from the territory of the United States that the attack was carried out on the network of the head of the Fifth Republic on the eve of the presidential election. As a result, the most important information was stolen from several close associates of Nicolas Sarkozy. Cyber-terrorists managed to create a fake virtual website of the presidential administration. It was on behalf of this site that requests for usernames and passwords of network users were sent. The cyber attack was carried out using the Flame virus, which, by the way, was developed by the joint efforts of Israelis and Americans, to use it against Iran’s resources.

British military experts attribute attacks in cyberspace to one of the main threats to their state. According to the available information, water supply, heating and electrical networks are exposed to cyber attacks, but the greatest number of attacks falls on the defense department of Albion.

Participants of the international forum on cyber defense held in December of this year reasonably believe that the emergence of such a dangerous area as cyber-terrorism is one of the acute problems of world information technologies. After all, any development carried out by experts in many countries to conduct cyberwar can be in the hands of terrorists who use it to achieve their goals. Therefore, it is time to define a clear distinction between cyber war and cyber terrorism, in order not to fall victim to their own developments and not to expose civilization to the threat of total annihilation.